The week of Memorial Day, Matt's Mamaw Lucy came in town from Louisiana.  Since she lives so far away, we don't get to see her very often.  This makes it super special when she's here!  Mamaw Lucy is totally an outdoor DIY woman, so Matt asked her if she wanted to go fishing one morning - of course she was game!  LL went too, and Kevin and Luke came along as well.  They had a good little crew!  Matt took the camera with him (I stayed home with Coop - duh), and I was happy that he actually took some pics while they were gone!


LL was super proud of the first catch of the day! 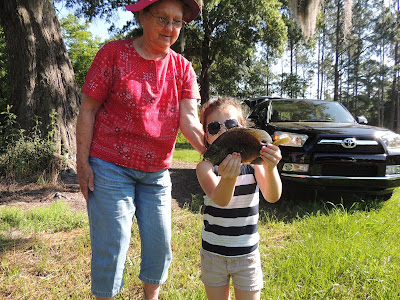 Luke is seriously the cutest thing ever. 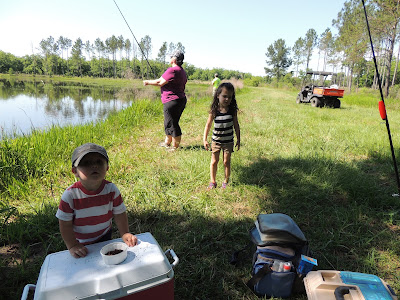 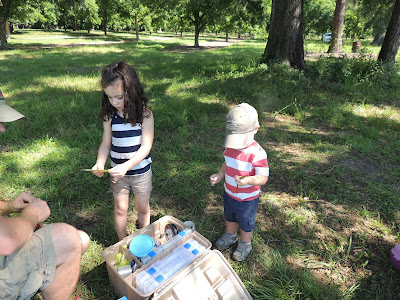 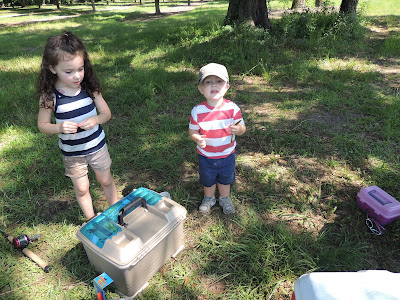 Mamaw Lucy was showing Matt how it was done! 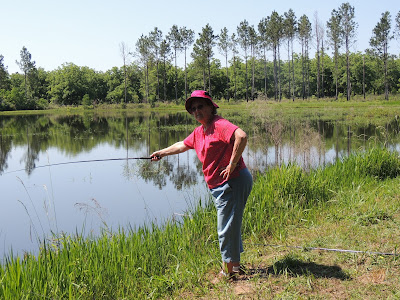 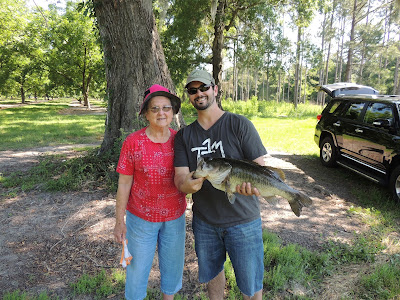 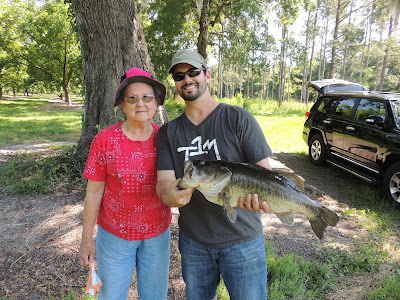 After they had been gone a while, Matt texted and said "she's okay".  Ummmm.....I wasn't concerned until I got that text.  Then I got this pic of her.  Evidently, she fell in the pond when they were walking around.  It is NOT a pond that you want your kid to swim in, and Matt said he snatched her up about the time that she got up to her waist.  She was pretty yucky and not too happy. 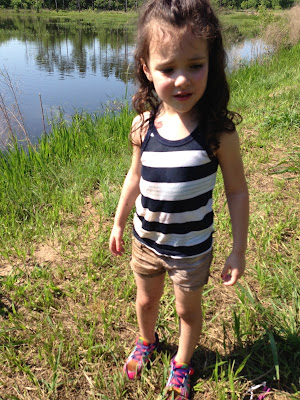 Due to falling in the pond (and I think a potty incident??), she somehow ended up sans clothing.  That's when it was time to come home - haha. 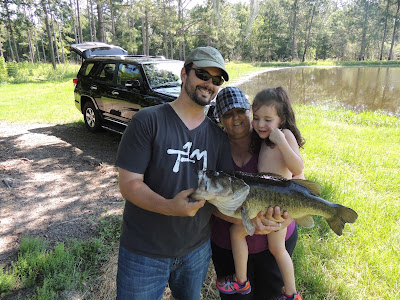 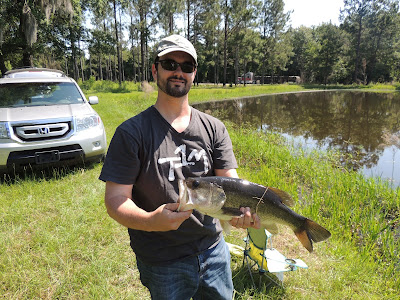 I know Mamaw Luch had a good time, and Matt is always happy when he catches some fish!