Since my sister was in town for Memorial Day, we decided to have a cook-out at our house.  That morning, I actually ended up getting rear-ended, so most of the day was spent either dealing with the wreck or at the doctor (just some whiplash).  We still managed to pull the cook-out off, though.  We invited quite a few people, but ended up only having us, my sis and her family, and the Hempe family.  It's alright - we still rocked it out.  :)

Everyone came early and we had a pool set up outside along with the trampoline and the play house.  LL was nooooot in a good mood because she stepped in an ant bed and got lots of bites, so she spent most of the time inside pouting.  We still had fun, though.  :) 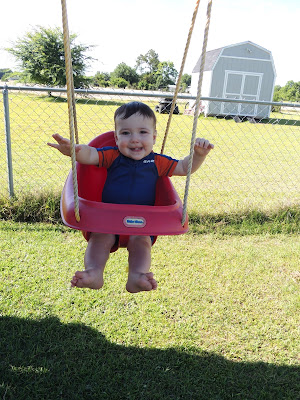 Luke and Ben enjoyed the trampoline (and the big ball - haha) 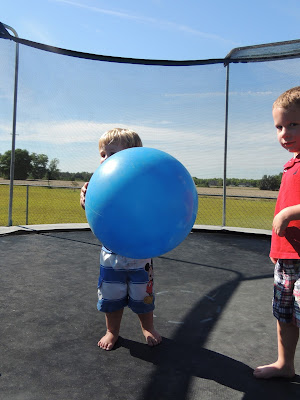 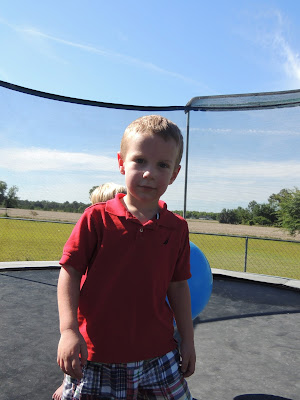 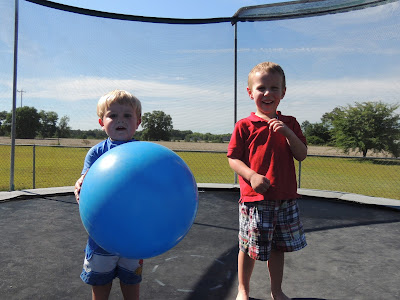 Luke also enjoyed LL's "lawnmower" (as she calls it). 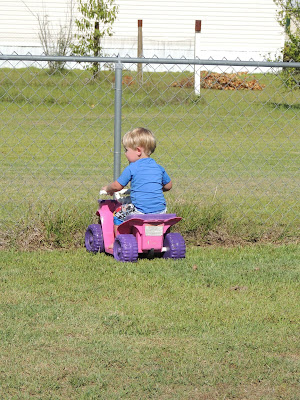 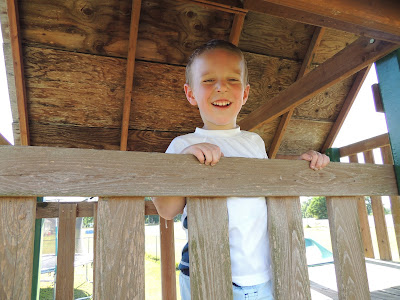 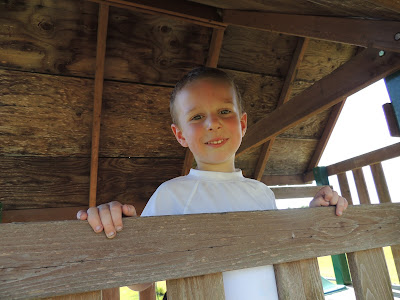 Matt did an awesome job cooking a boston butt and some ribs.  We also had corn, baked beans, and tatertot casserole.  It was all so good!  And we stuck all the kids at a kid table.  :) 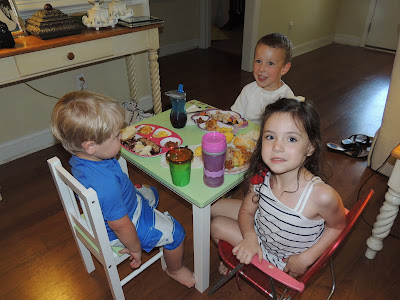 Good luck trying to get 3 kids to all look at the same time! 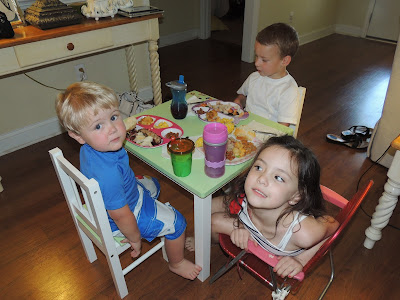 Poor kid - not a part of the adult or kid table.  I think he was too busy chowing down to notice. 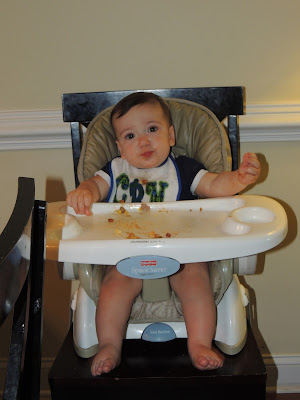 We had a blast, and I'm so glad everyone came to hang out!

And Luke looks like the same age as LL ;)

We're letting Ben's hair grow back out so he can regain his boyish charm. :)