LL's "last day" of school was on Monday, May 20.  Instead of having a day at school, all the kids met at YMCA for a water day and lunch.  That day was actually my only post-planning day at school, but I talked to my principal and he said it was fine for me to go with her.  Since I used all of my leave at the beginning of the year for maternity leave, I really was only able to attend stuff at her school that was either after school or on the weekends.  I was SO happy to be able to take her to this.

When we got there, she was super excited to go swimming.  We had already started our swimming lessons for the year, and she had been doing great.  When we got there, I put her goggles on her (she has VERY sensitive eyes and HATES getting water in them), and she ran off with a friend and immediately started playing and going down the water slide.  Well.  Then one of the lifeguards blew a whistle at her and demanded that she take her goggles off.  It was pretty rude and hurt her little feelings.  Evidently, they aren't allowed to have *anything* extra in the pool.  After getting her feelings hurt, she did not want to get in the water. 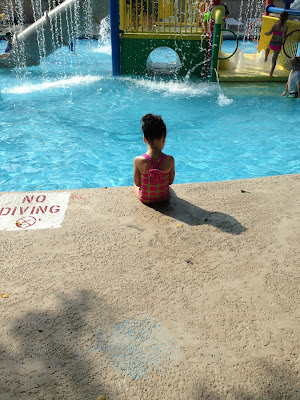 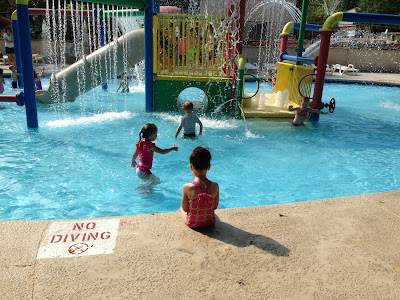 Eventually I was able to coax her back in, but she still stuck to the edge. 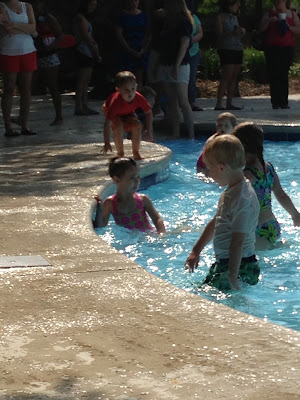 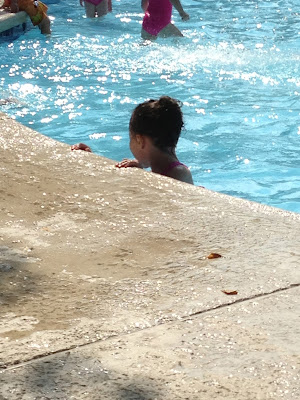 FINALLY she started having fun and acting like herself again! 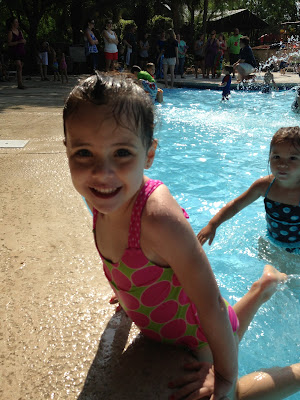 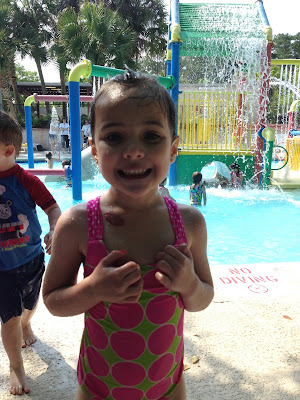 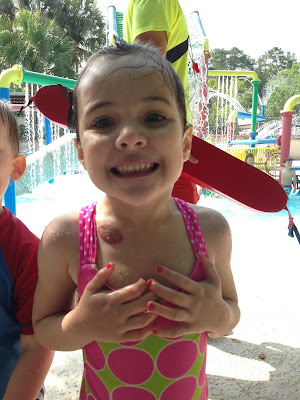 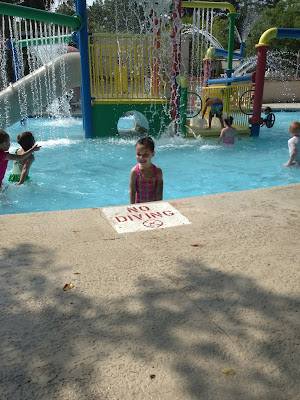 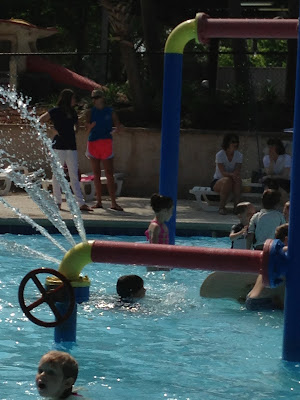 After swim time, they had lunch for all of the kids.  LL loved sitting next to her bff at her class table. 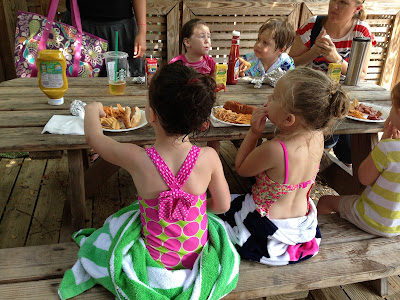 LL and her teacher, Miss Heather. 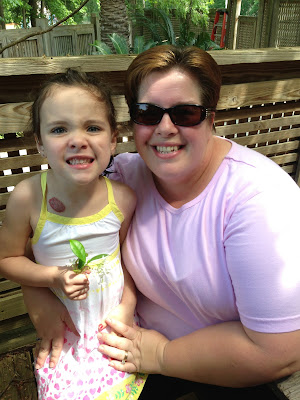 Overall, she had a really good time, and it was a great way to end her school year!!