LL's preschool had someone come in and take pictures this year.  I don't know if this is a typical yearly thing or not?  I asked at the beginning of the year if pictures were going to be taken, and I was told that they would not be.  But then in the spring, obviously they were.  So maybe it's something new??  Either way, I'm super excited that it was done!  It's no secret that LL has had an aversion to having her picture taken lately, so I was nervous that her picture would be of her just looking at her feet - haha.  Well, they must be miracle workers because her picture turned out beautiful!!  I'm sure watching her classmates helped a ton, and LL always does better for others than she does for us (typical kid, right??). 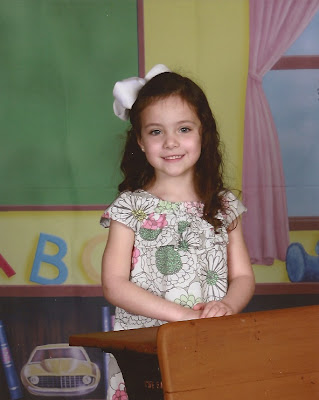 They also did a class photo, which I'm happy about!  It was neat to ask her when we got it who all the kids were and she could tell us all of their names.  Of course LL isn't looking at the camera - haha. 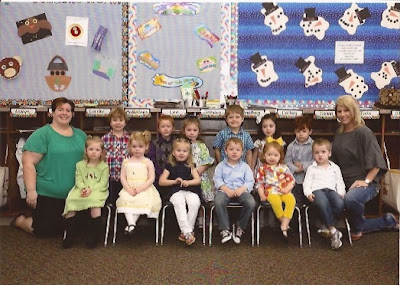 I'm so happy that they did these this year and I'm hoping that they'll do it next year, too!!