Here's what has been going on with us lately:


At church, we had our last DPK Live in our old building!  The next time we go, we will be in our new church!  We're all so excited! 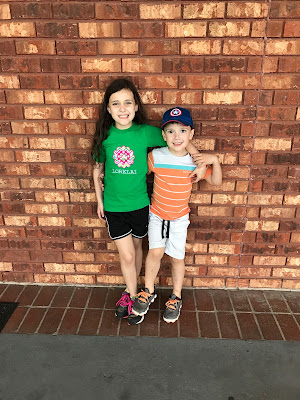 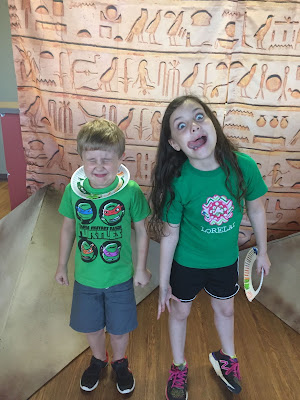 I'll be transparent here - I haven't worked out since the week of Thanksgiving.  *insert wide eyed emoji here*  And I haven't worked out in the gym since August.  In August, I quit my gym membership and decided to try BeachBody at home.  Don't get me wrong - the program I did was awesome.  And I got some major results.  But I also realized that working out at home (in the evenings after school and when I need to cook dinner) just isn't for me.  So a few weeks ago, I joined a new gym (that I really like).  I went and got my first work-out in, and I realized that I have missed it so much.  All this to say, find what works for you and DO IT!  It's okay if it isn't what your friends do.  It's okay if it's not what your spouse does.  Just find something and get active! 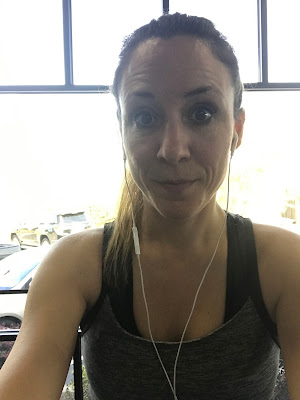 Remember on Valentine's Day when I won the necklace from Sheaffer Told Me To?  It came in and I absolutely love it!  But..... 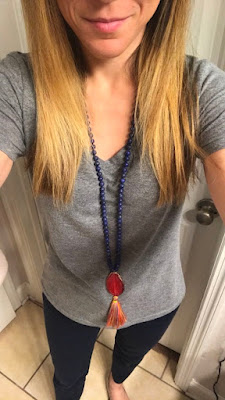 ...after wearing it all day, I realized that some of the blue from the beads rubbed off on my - totally making it look like a bruise!!  Crazy!  It won't stop me from wearing it, though.  ;) 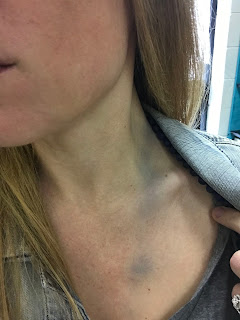 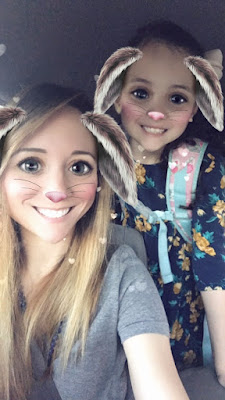 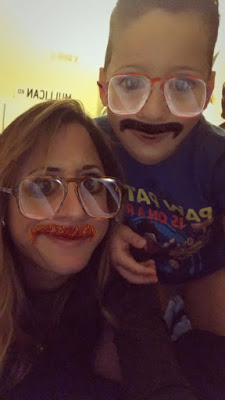 I love it when Cooper wants to snuggle in the mornings before I leave for school. 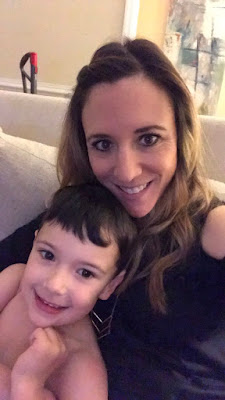 And when I leave, he finds someone else to snuggle with. 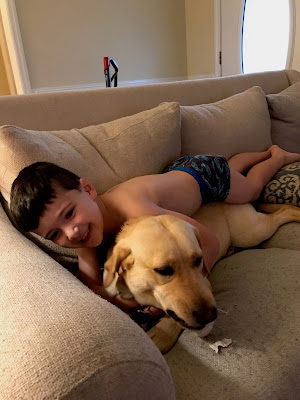 Some of Matt's family came in town from Louisiana, and both kids were so excited to see Uncle David! 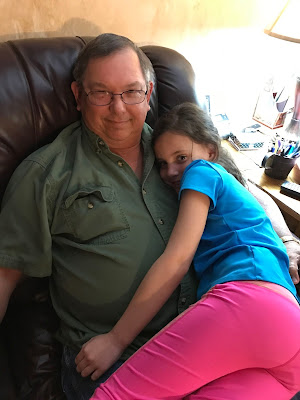 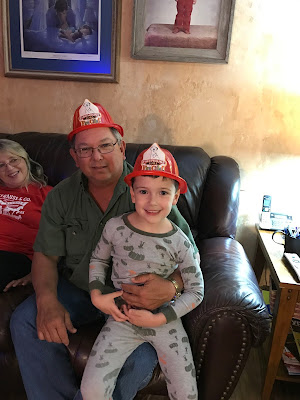 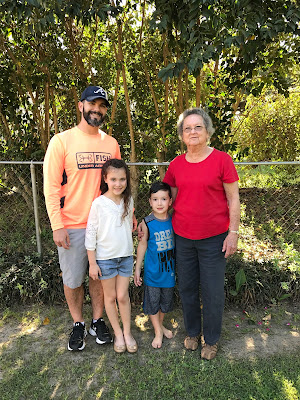 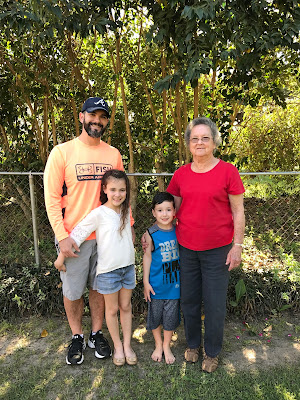 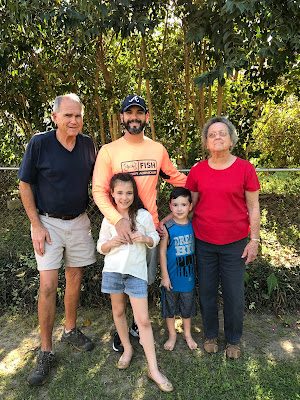 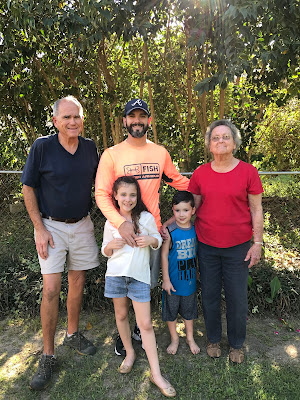 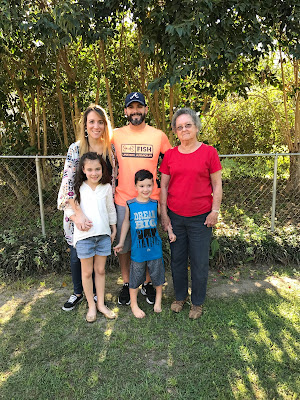 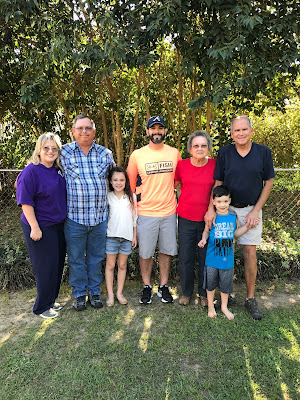 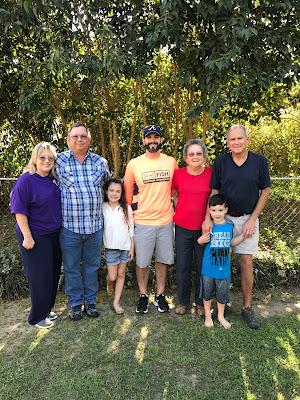 We got a letter in the mail letting us know that LL would be getting an award at her Quarter 3 awards ceremony!  Matt and I made it happen for both of us to be there for our girl. 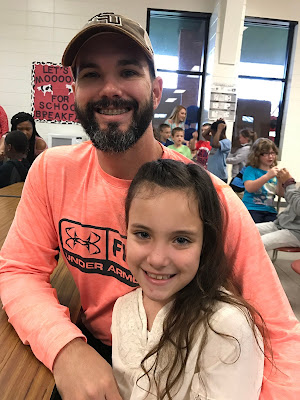 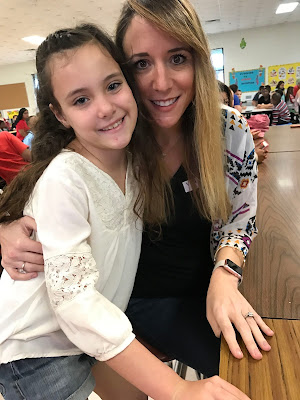 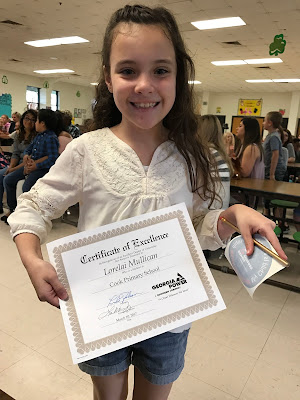 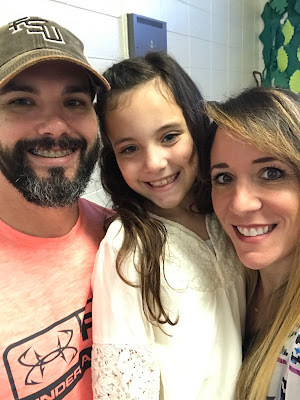 We have been so blessed that all of LL's teachers that she's had have been amazing.  And I don't just mean "amazing", I mean "above and beyond crazy amazing".  This year is no exception! 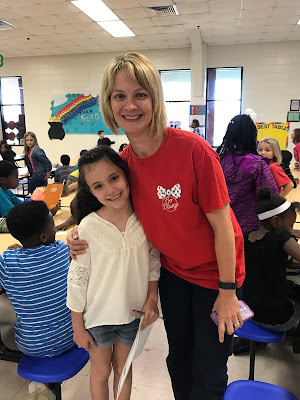 Matt took a Saturday to go on a day trip to get some boy time in. 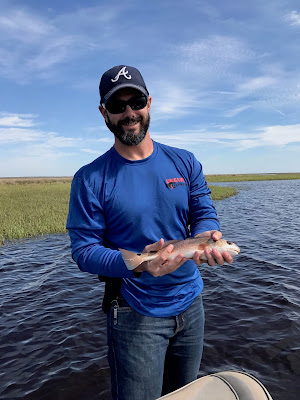 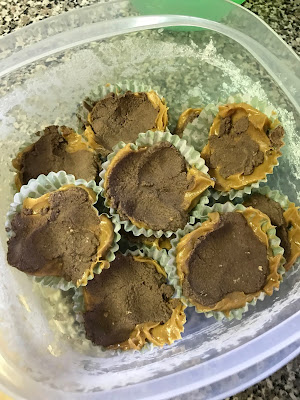 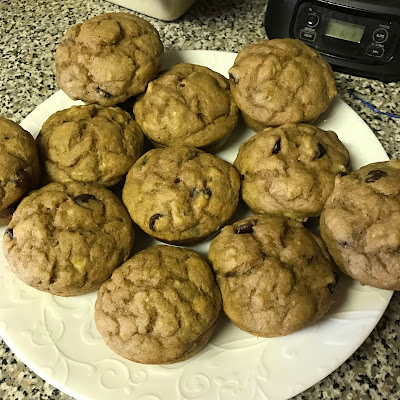 Just a little look into what we've been up to lately!  Now, we're just cruising on into the weekend!