Oma and Opa went to eat with her in October.  The only picture they took was this one, so I don't have one with them actually in it. 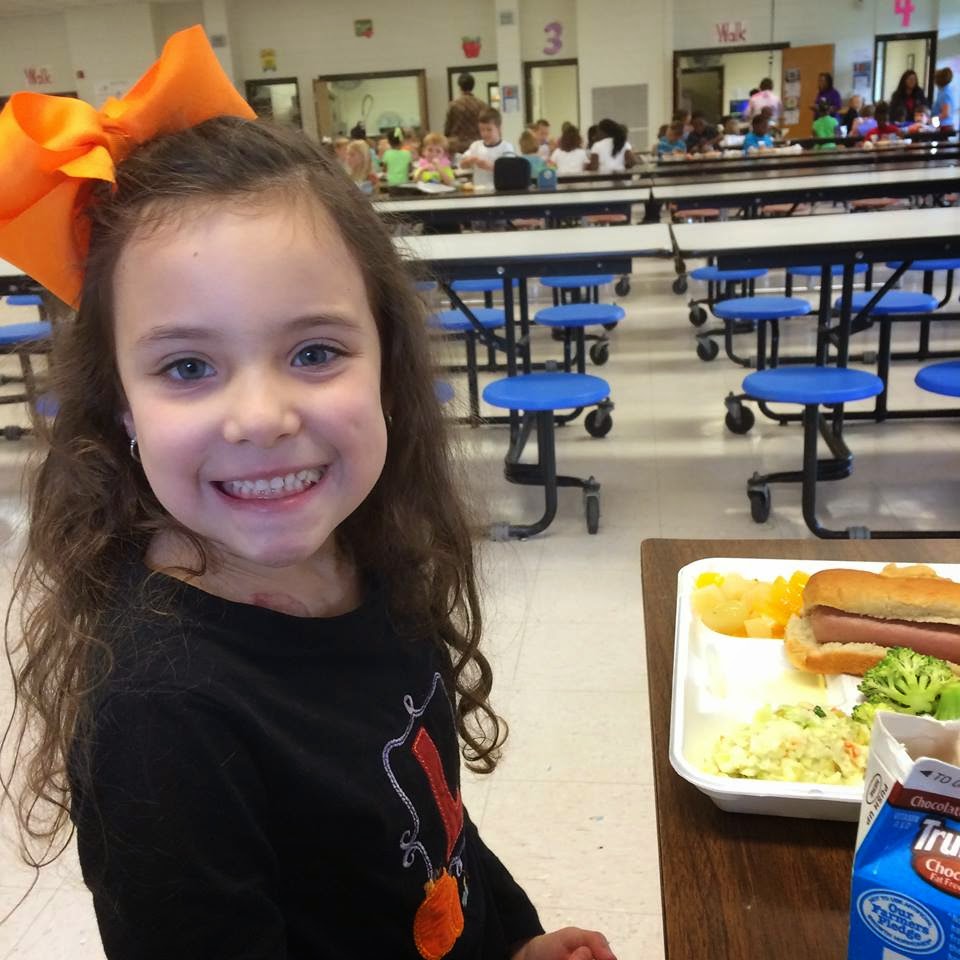 November actually got pretty crazy, so no one ended up going that month.  To make up for it, she got two visits in December.  Grammy and Pop went one day (Gigi watched Cooper - I can't even imagine how it would have gone trying to take Cooper, too!) 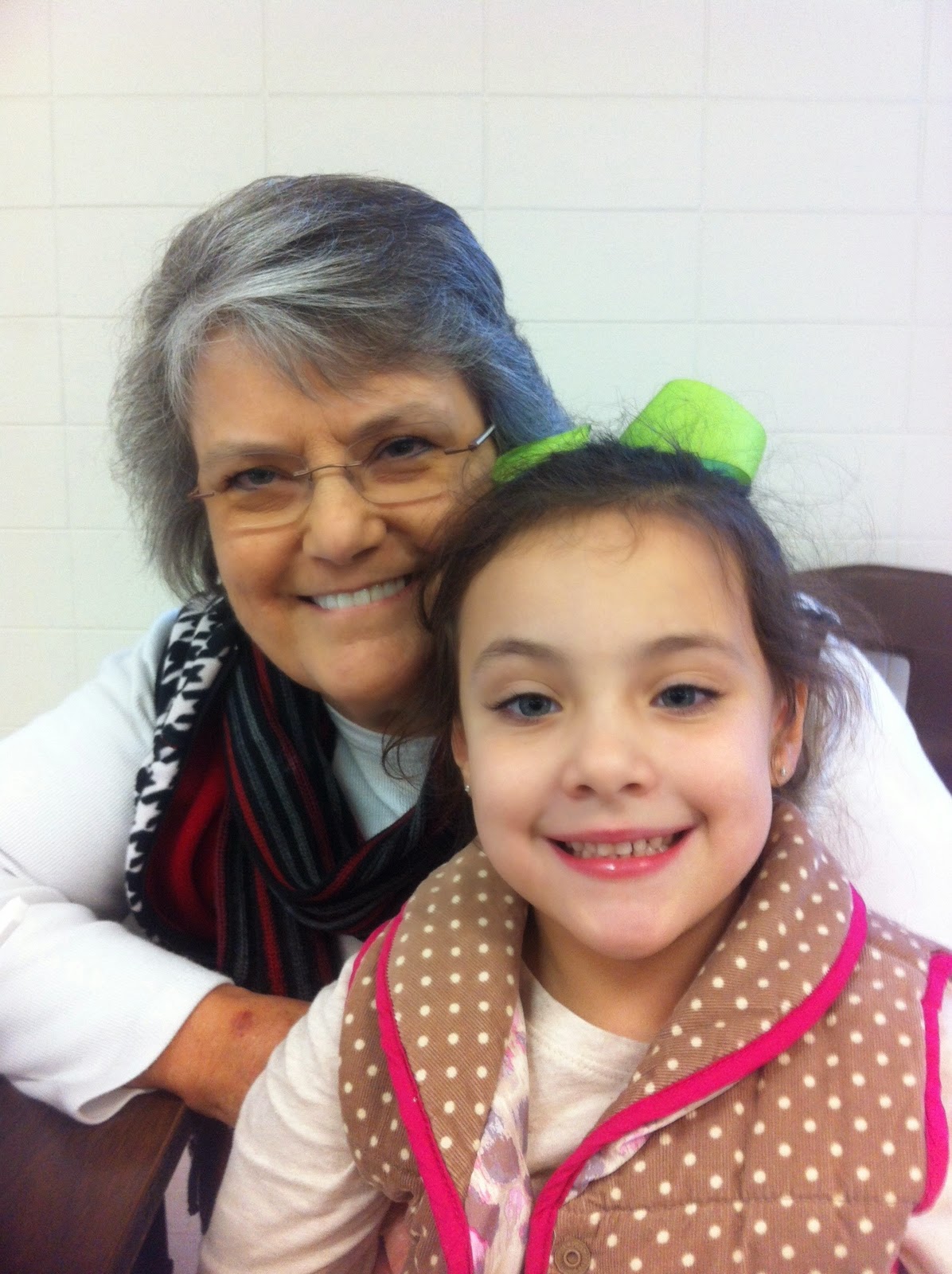 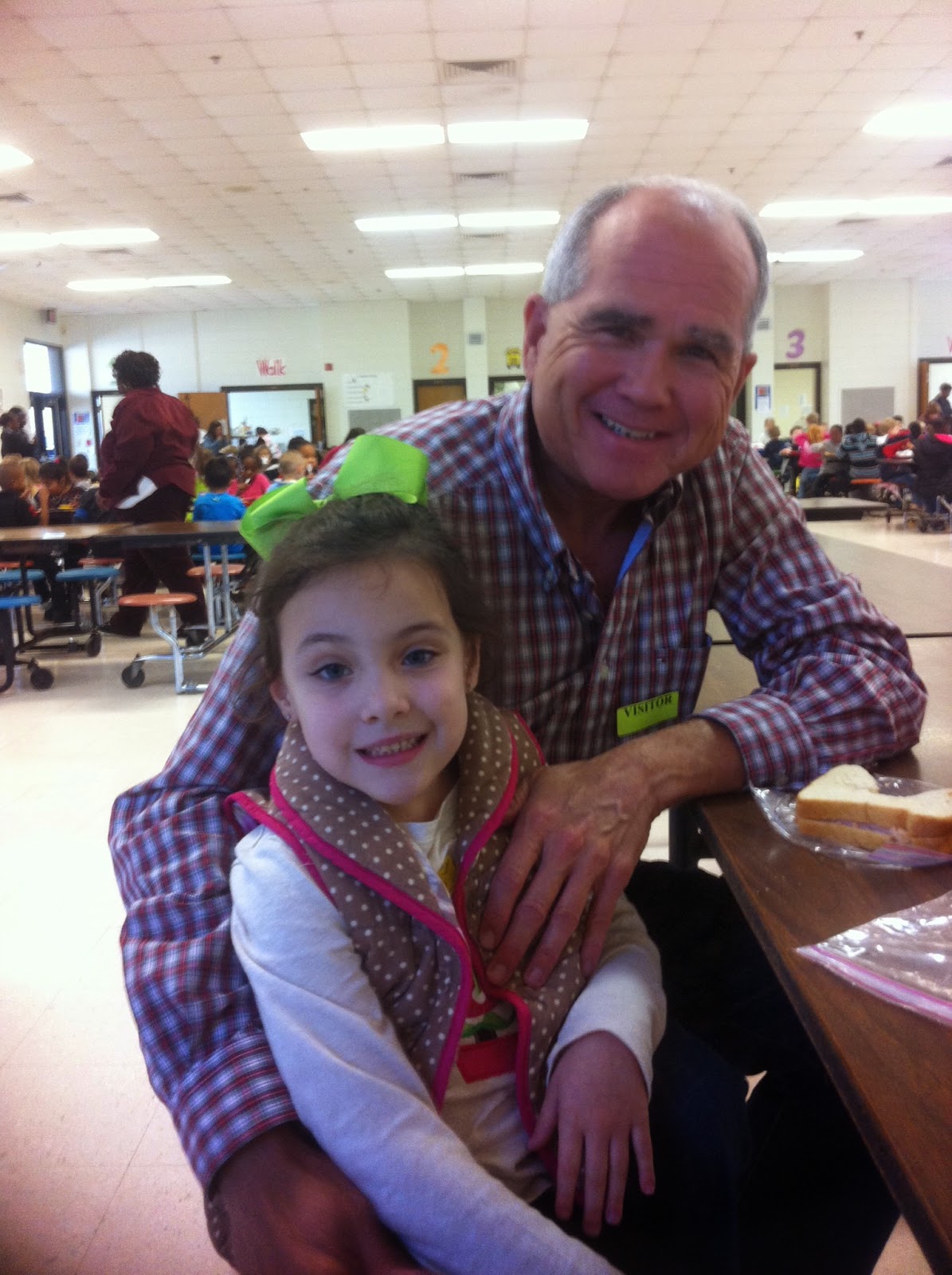 To finish out school before Christmas break, Gigi and Poppy went.  They are the only ones to actually eat lunch with her.  They bought a school lunch and said they very much would not be doing that again - haha. 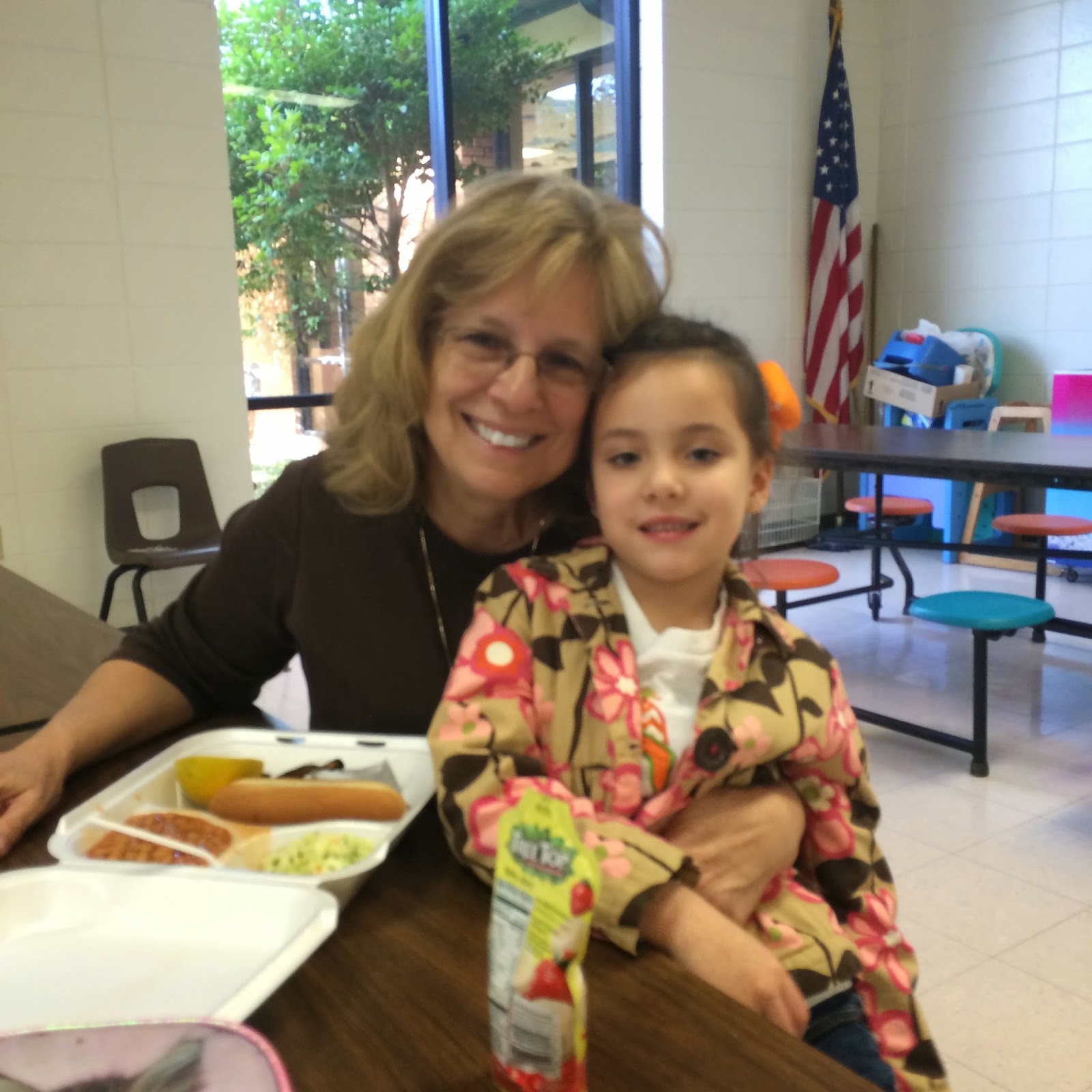 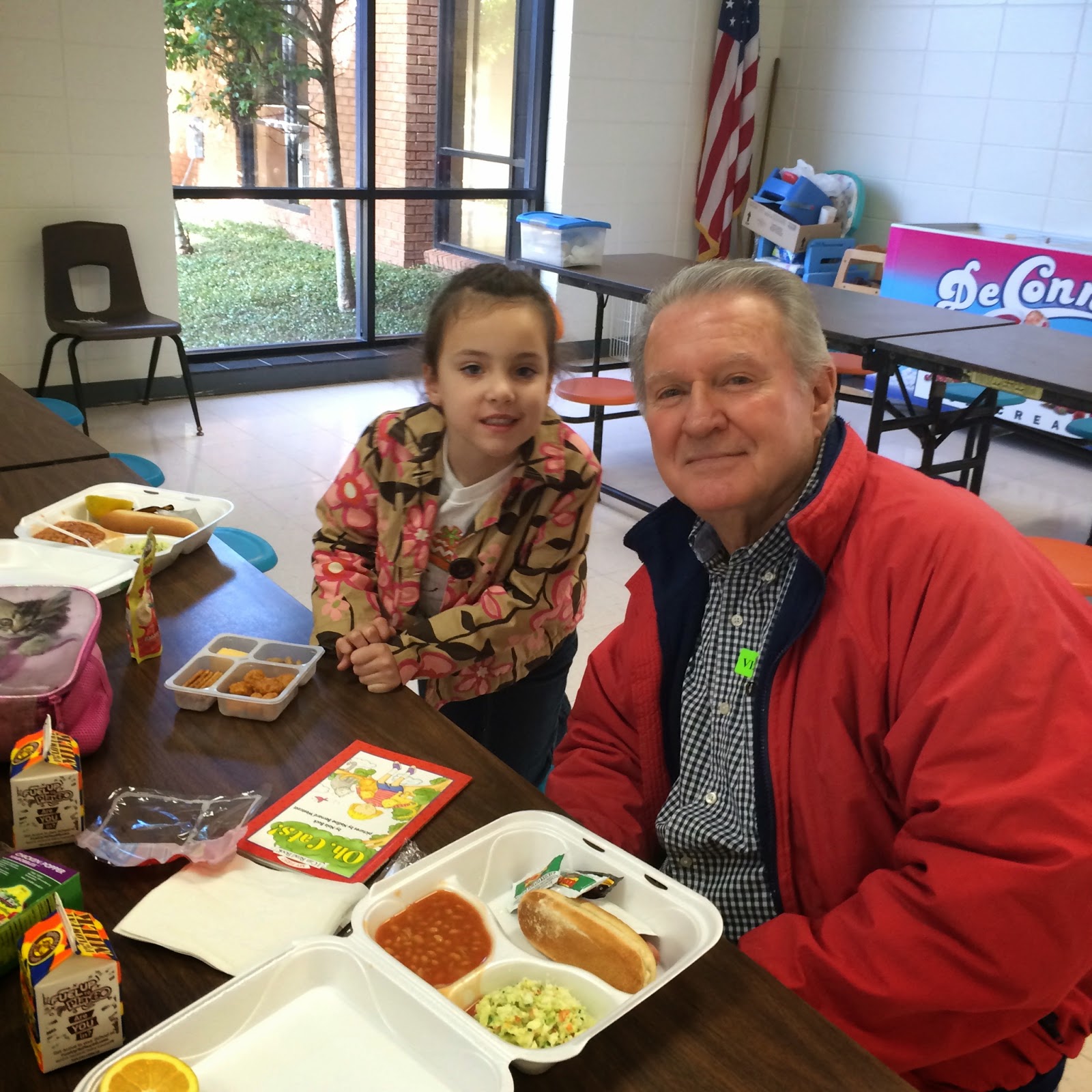 Gigi and Poppy got to check out the Christmas tree in her classroom! 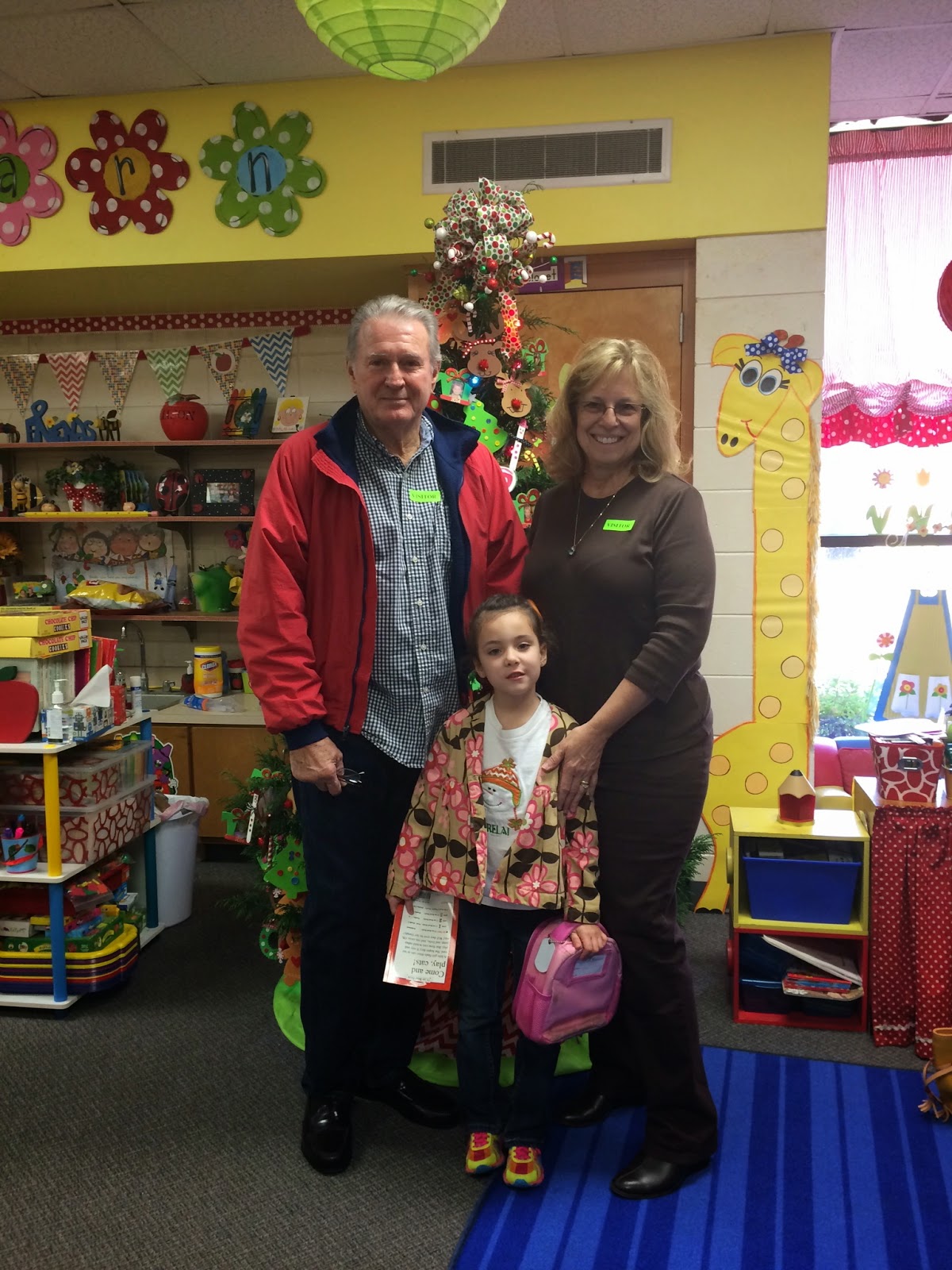 I am so happy that LL is blessed with such amazing grandparents who love her and want to spend time with her.  All of them were very excited when it was their turn to go and eat with her, and I know that made her even more excited, too.  Hopefully everyone will get to go one more time before school is out, and Mommy is going to try and get in a lunch visit, too!