Right before Christmas break, we got a letter home from LL's school letting us know that she was going to be getting an award at the upcoming awards ceremony.  They do an awards ceremony every 8 weeks, but you only get notified if your child is actually getting something.  We were excited, but had no idea what award she was actually getting - haha.  Thankfully, it fell on a day where Matt and I both could attend. 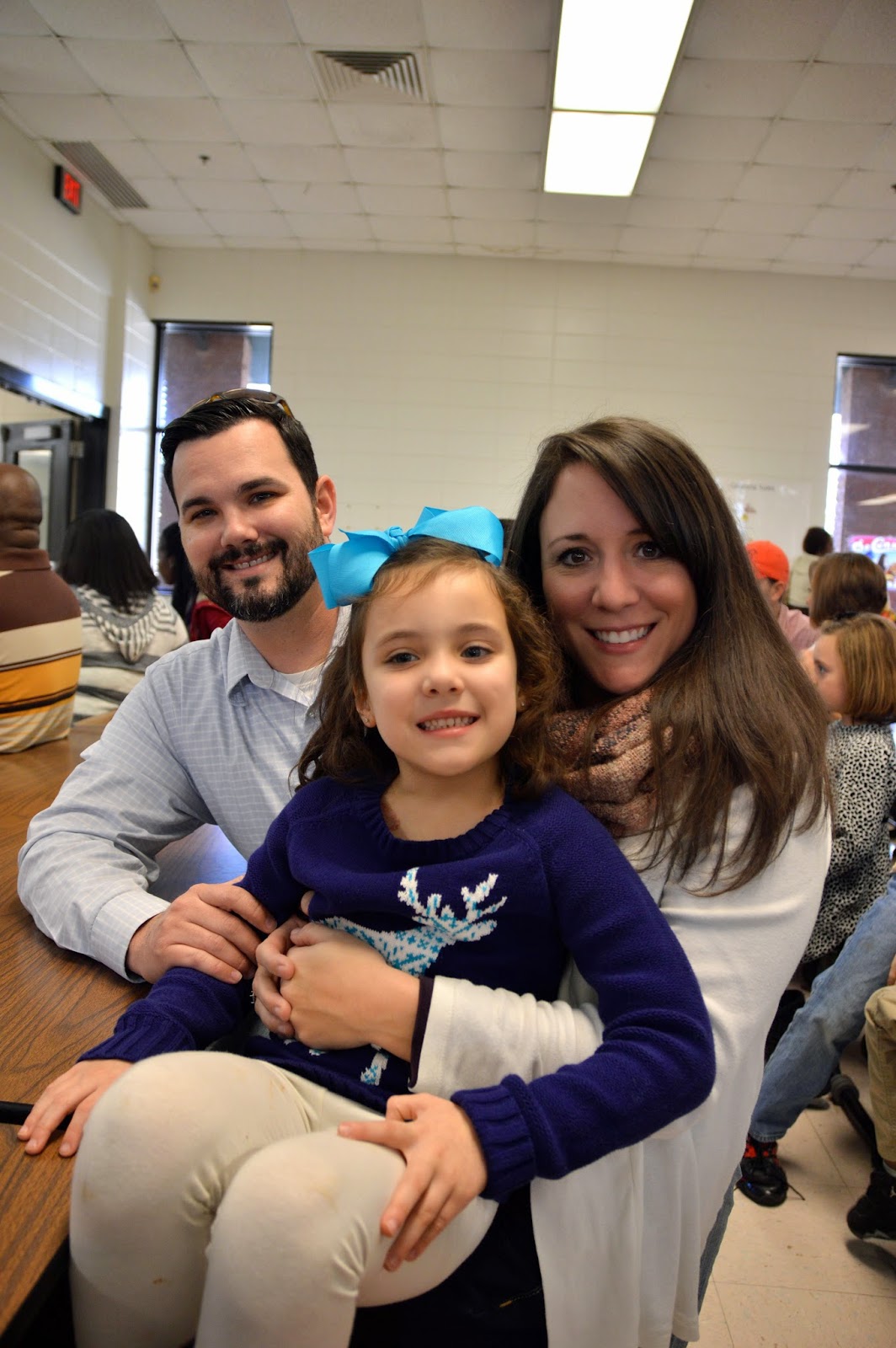 Every teacher nominated certain kids from the class for the awards.  So there were 3 or 4 kids from every kindergarten class that were up for awards.  LL was one of the first ones called - she got the Good Citizenship award for her class! 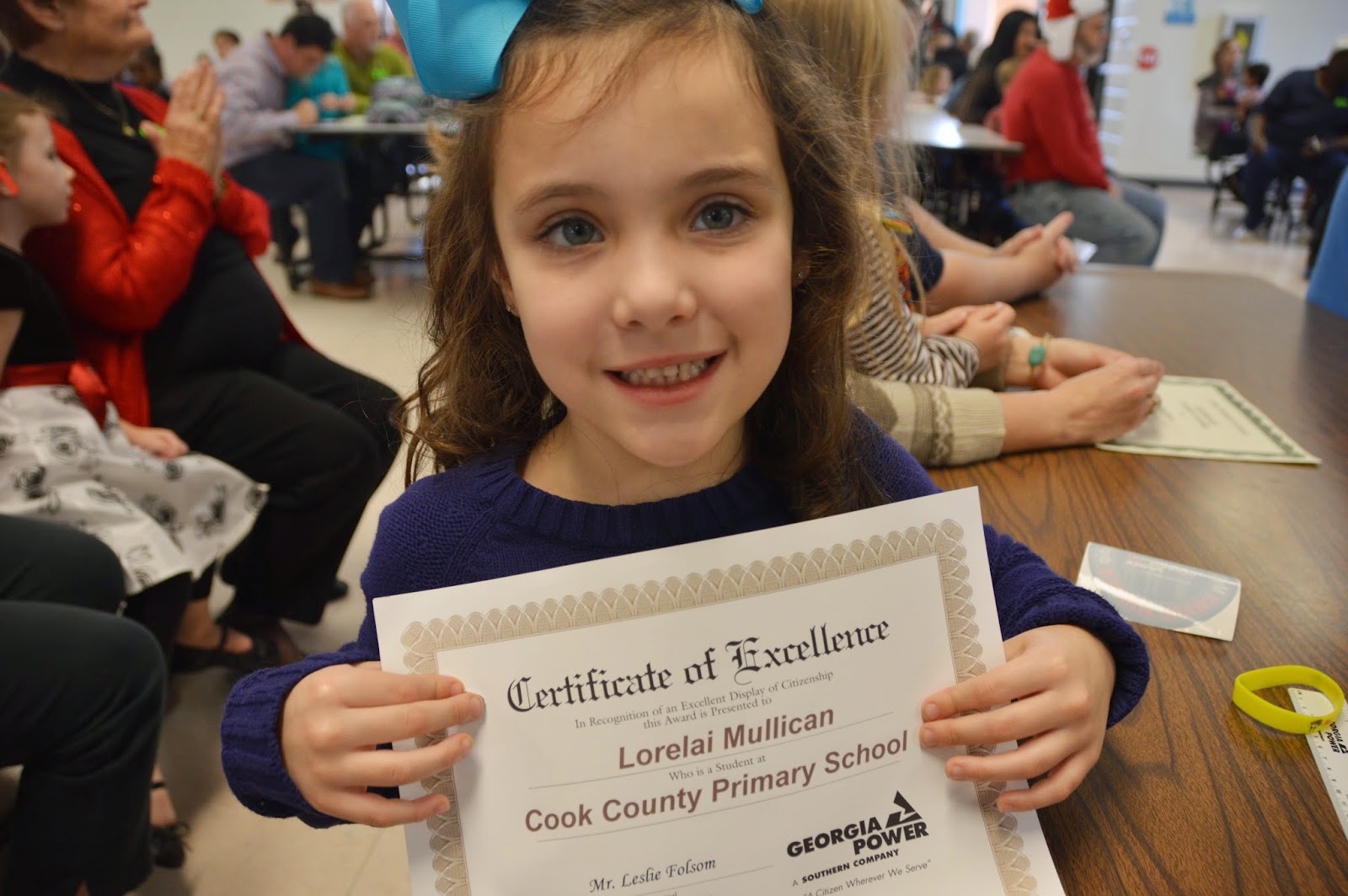 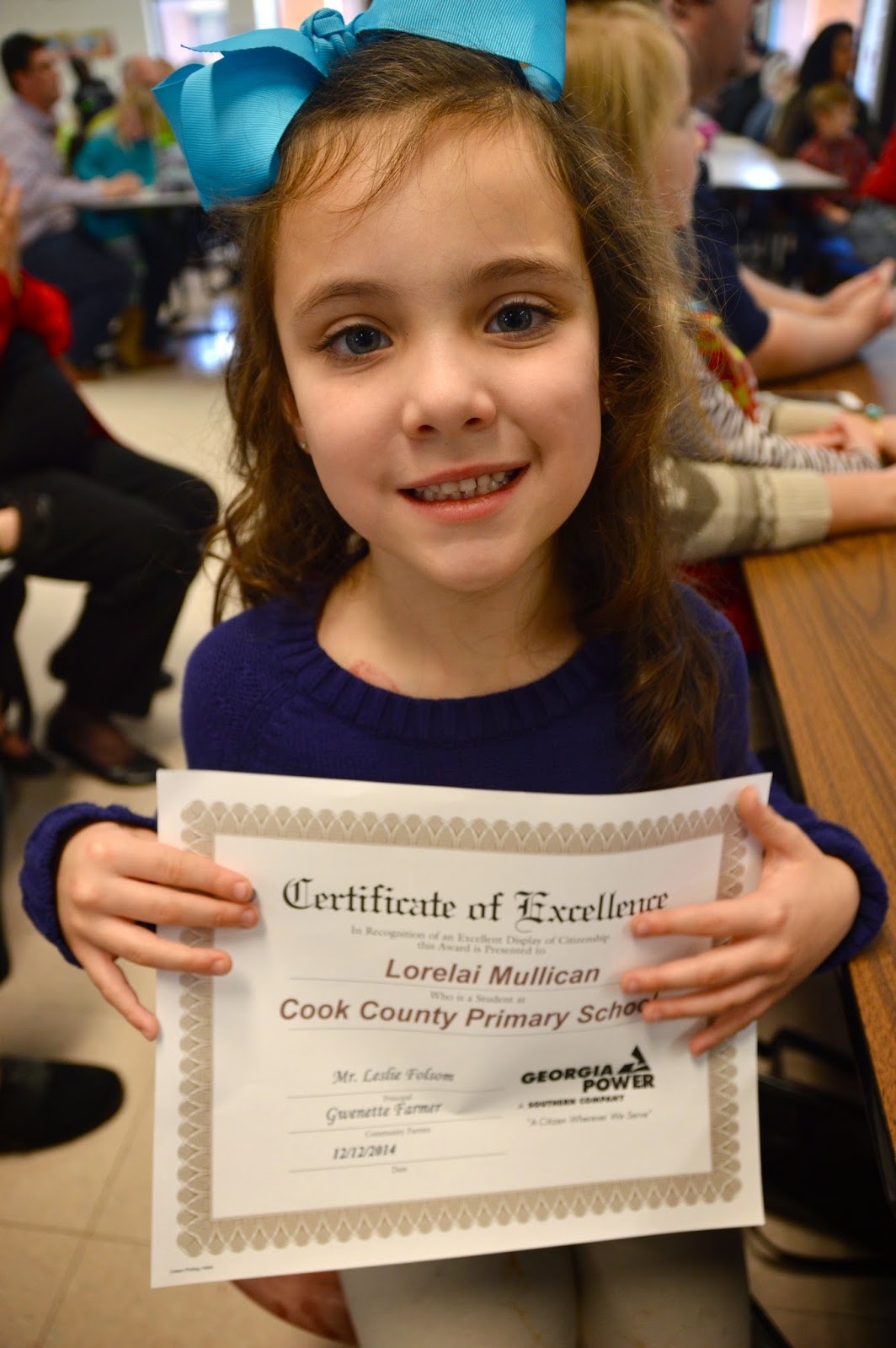 Her best friend Madeline got an awards that day, too!  Sweet girls! 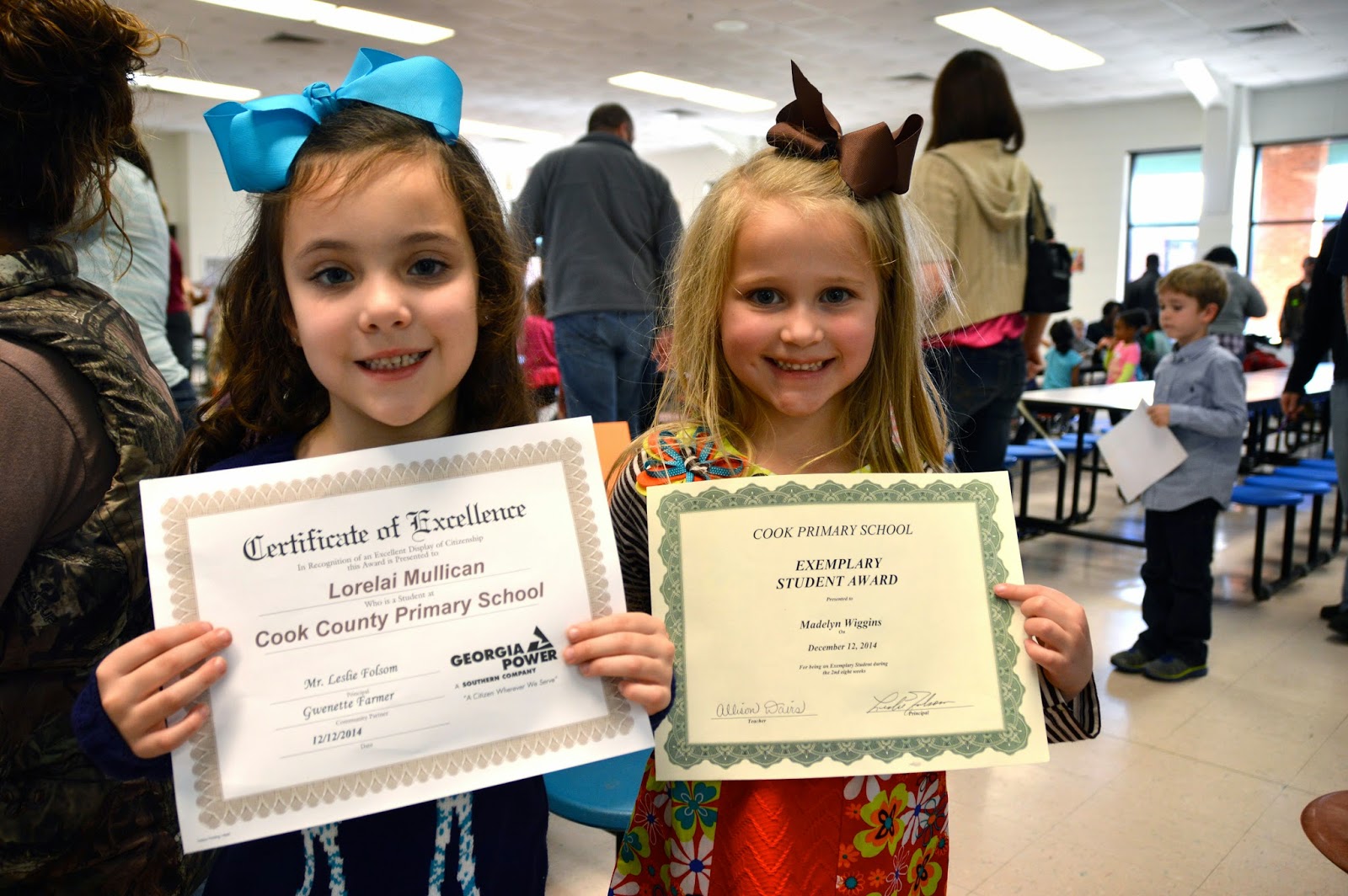 LL sat with us during the ceremony, but we went and found her teacher before we left (we checked her out) to say thank you and take a picture. 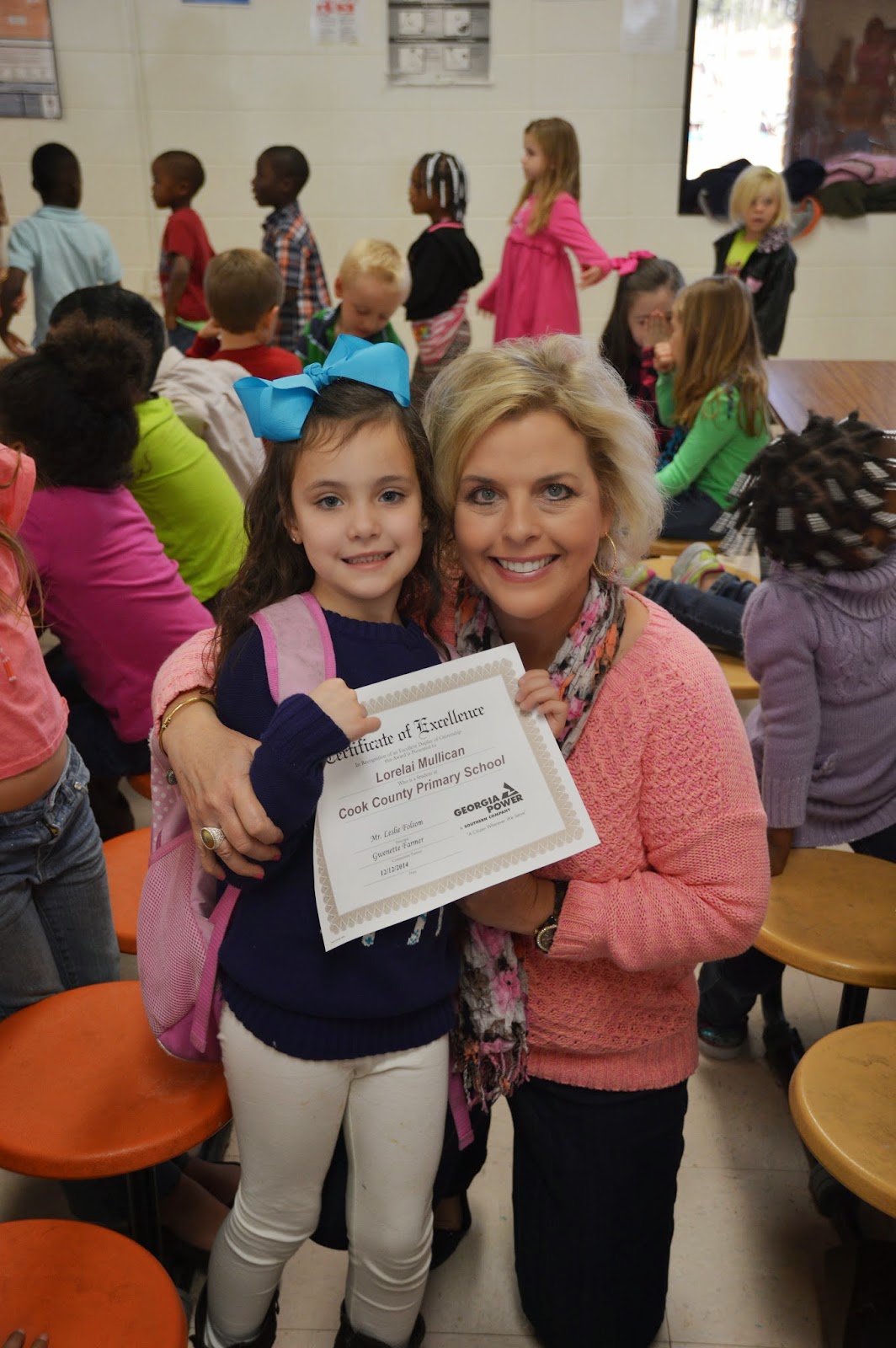 We are so proud of this girl and how well she is doing in Kindergarten this year! 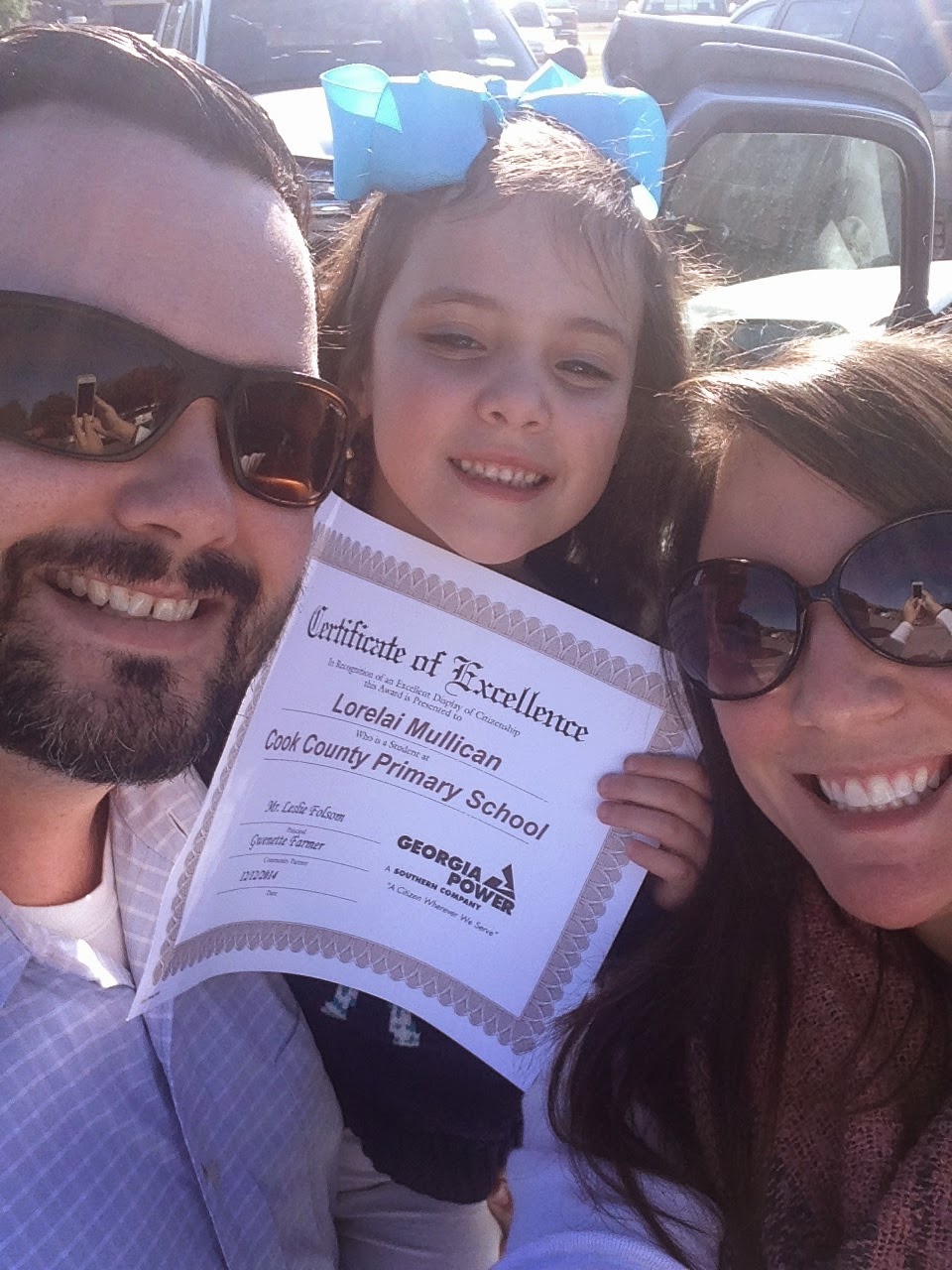