We've never been ones that have gone all out for New Year's, but we did want to celebrate a little with the kids now that they're getting older.  And it's also an excuse for Matt to play with fireworks, which is his favorite.  We started a new tradition this year: breakfast for dinner on New Year's and fireworks after bath.  It's a good thing that it gets dark so early in the winter, because we were able to do the fireworks at like 6:30 pm - haha. 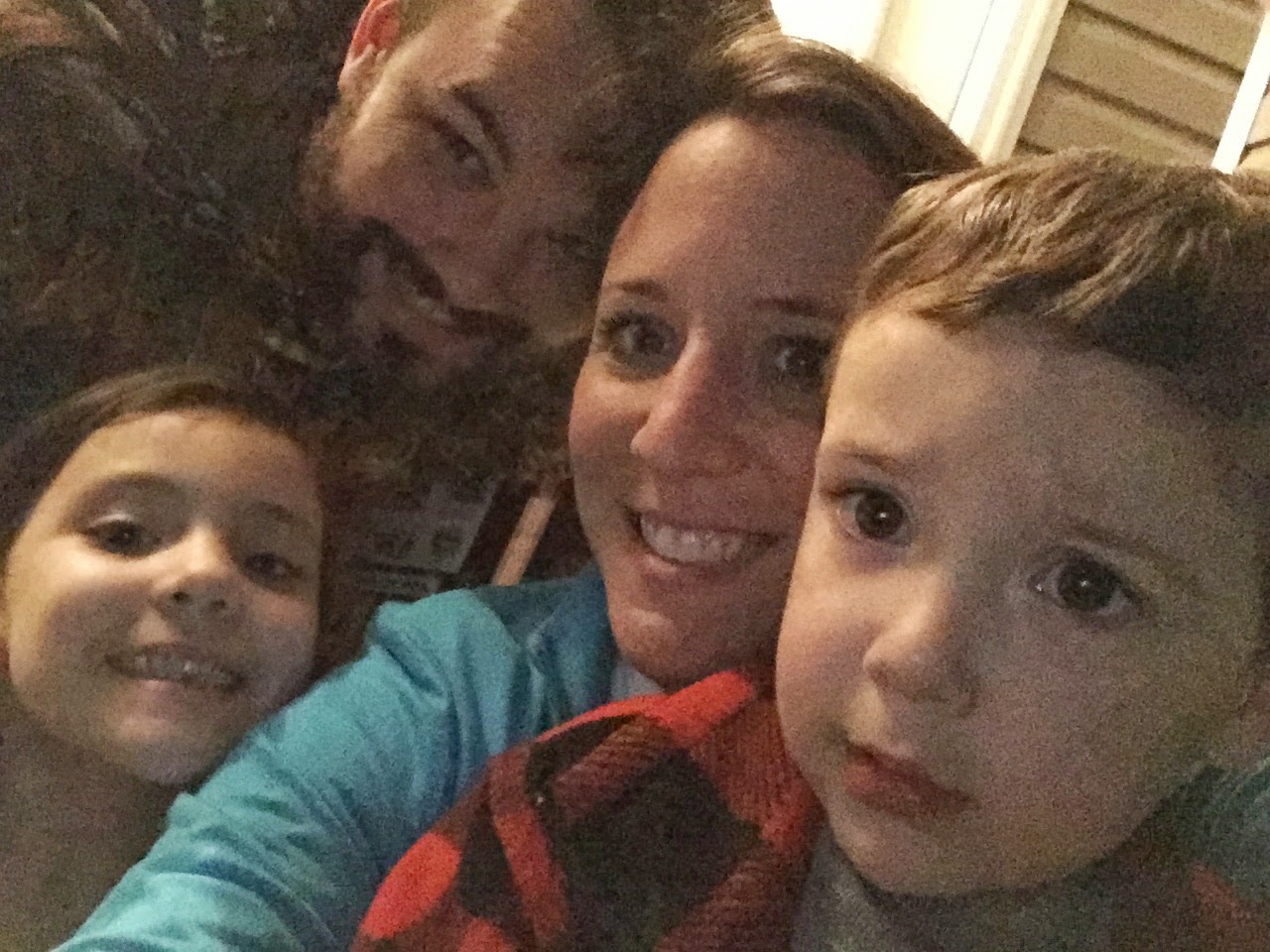 Daddy is the master at putting on a fireworks show. 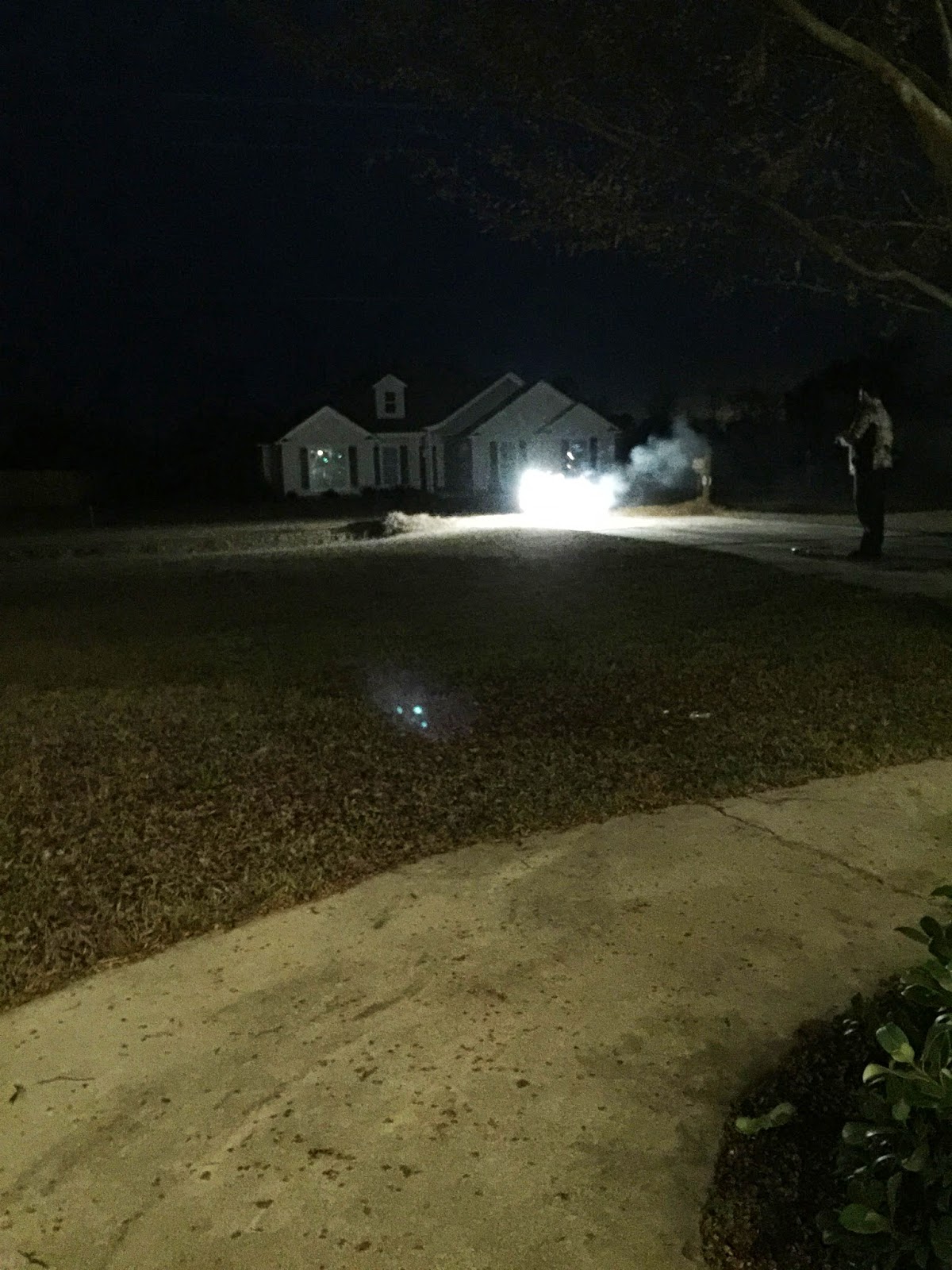 I had the fun job of snuggling with my littles while we watched. 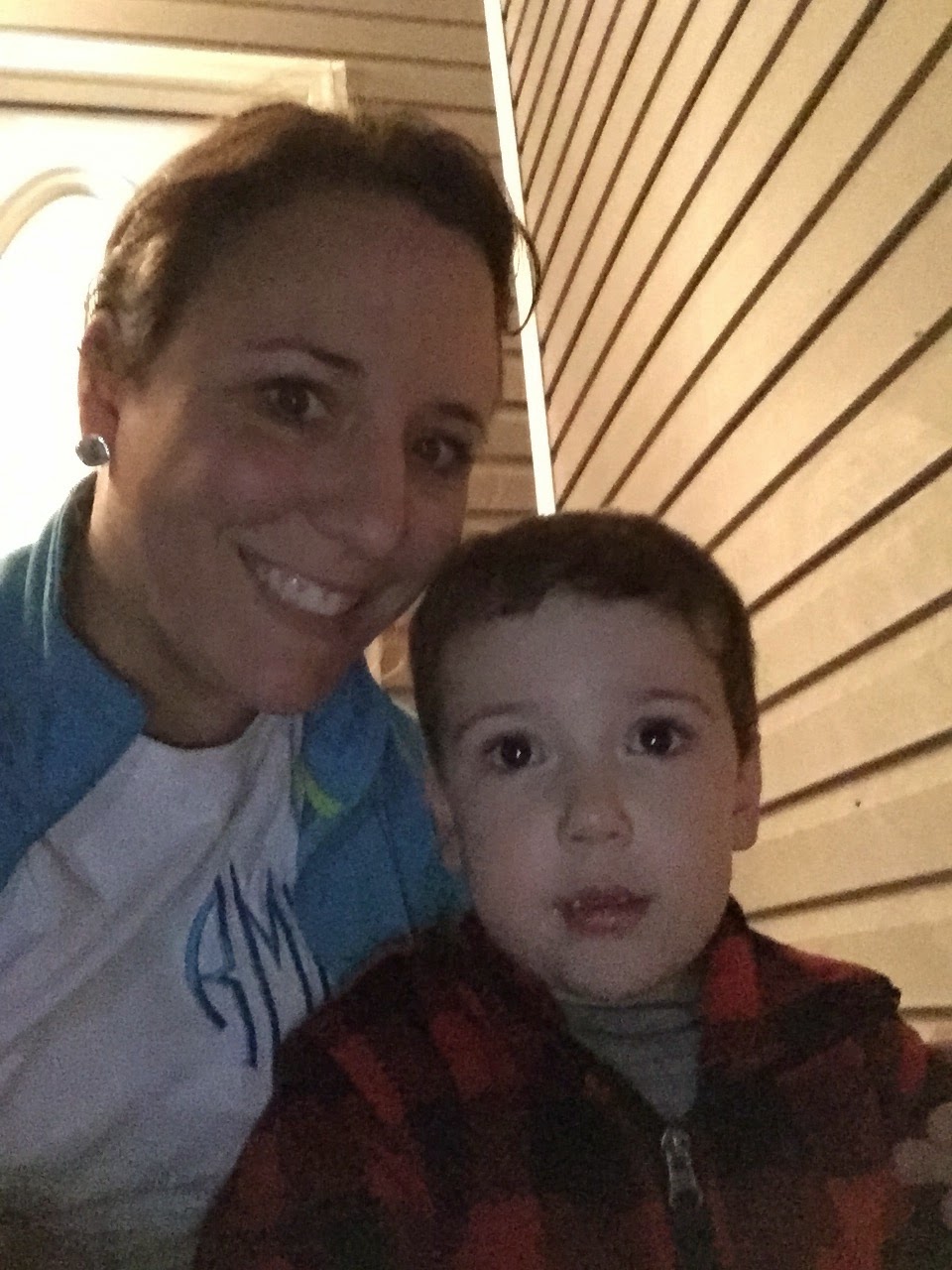 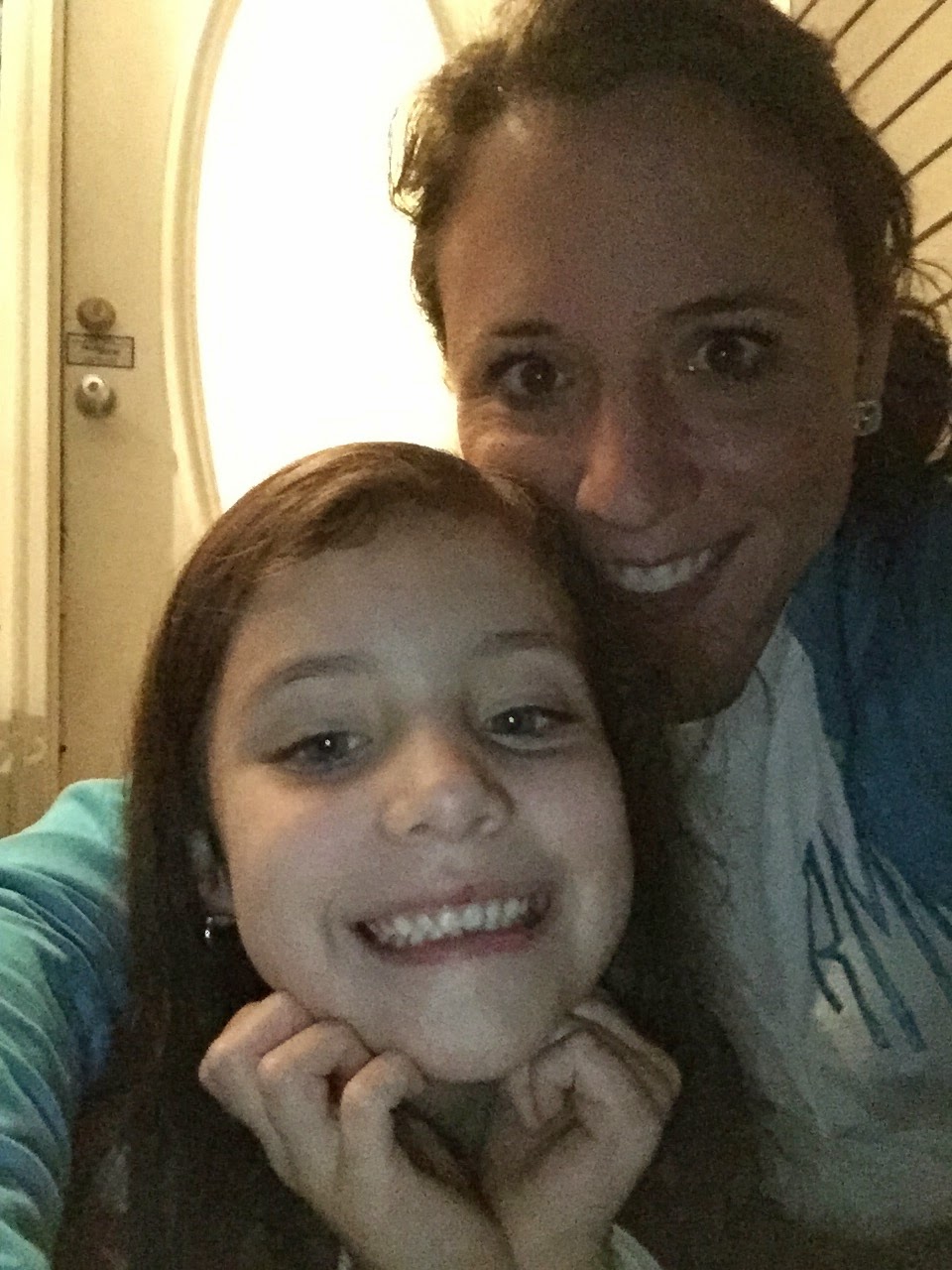 They both love fireworks, so they were both in Heaven! 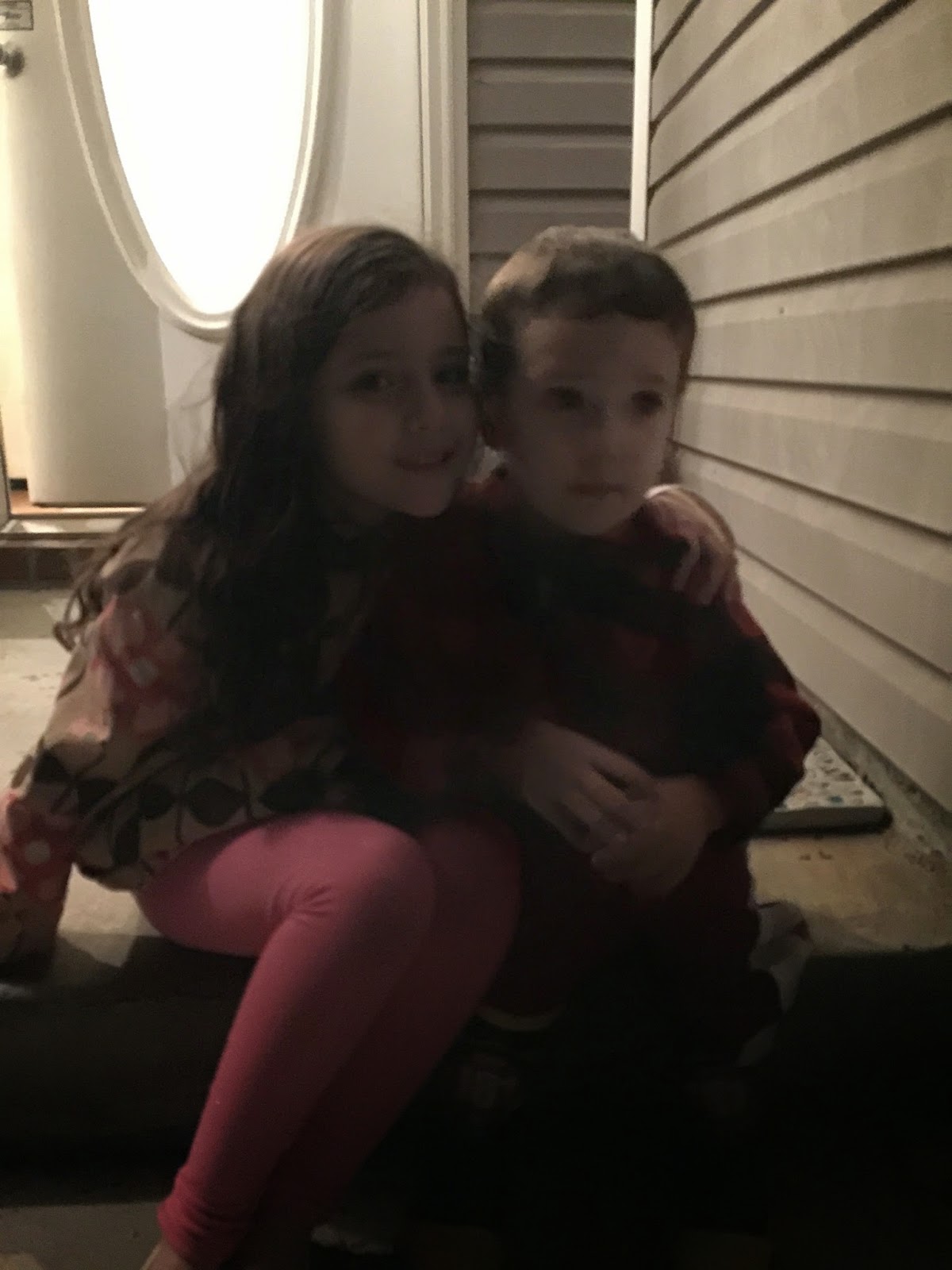 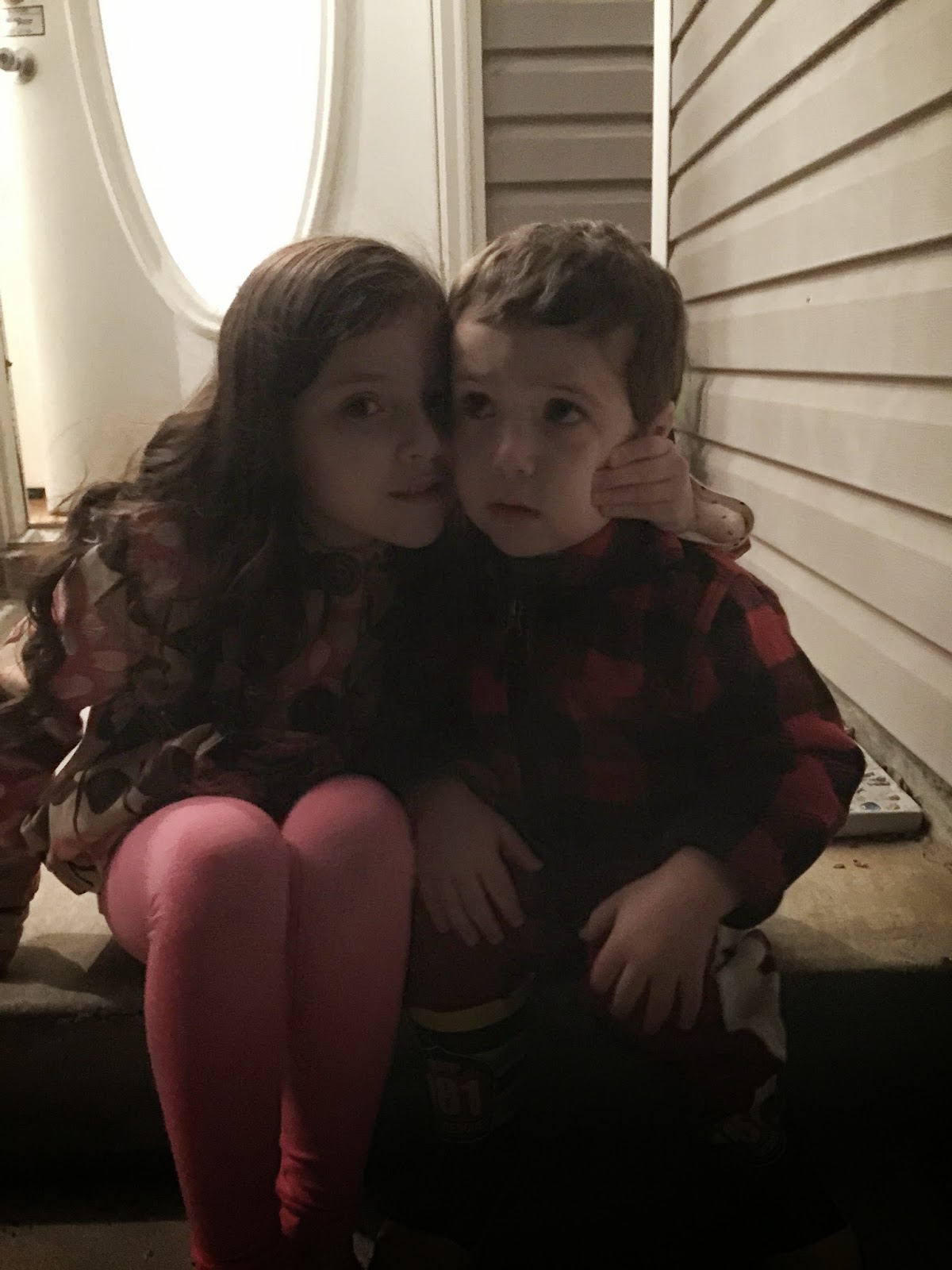 After fireworks, it was time for the kids' favorite part - sparklers!  This was Cooper's first time actually holding a sparkler - and he loved it!  At our 4th of July celebration - he refused to touch them.  So this was a big improvement!  LL hasn't held a sparkler in a few years, either.  I think they got their "braveness" by feeding off of each other. 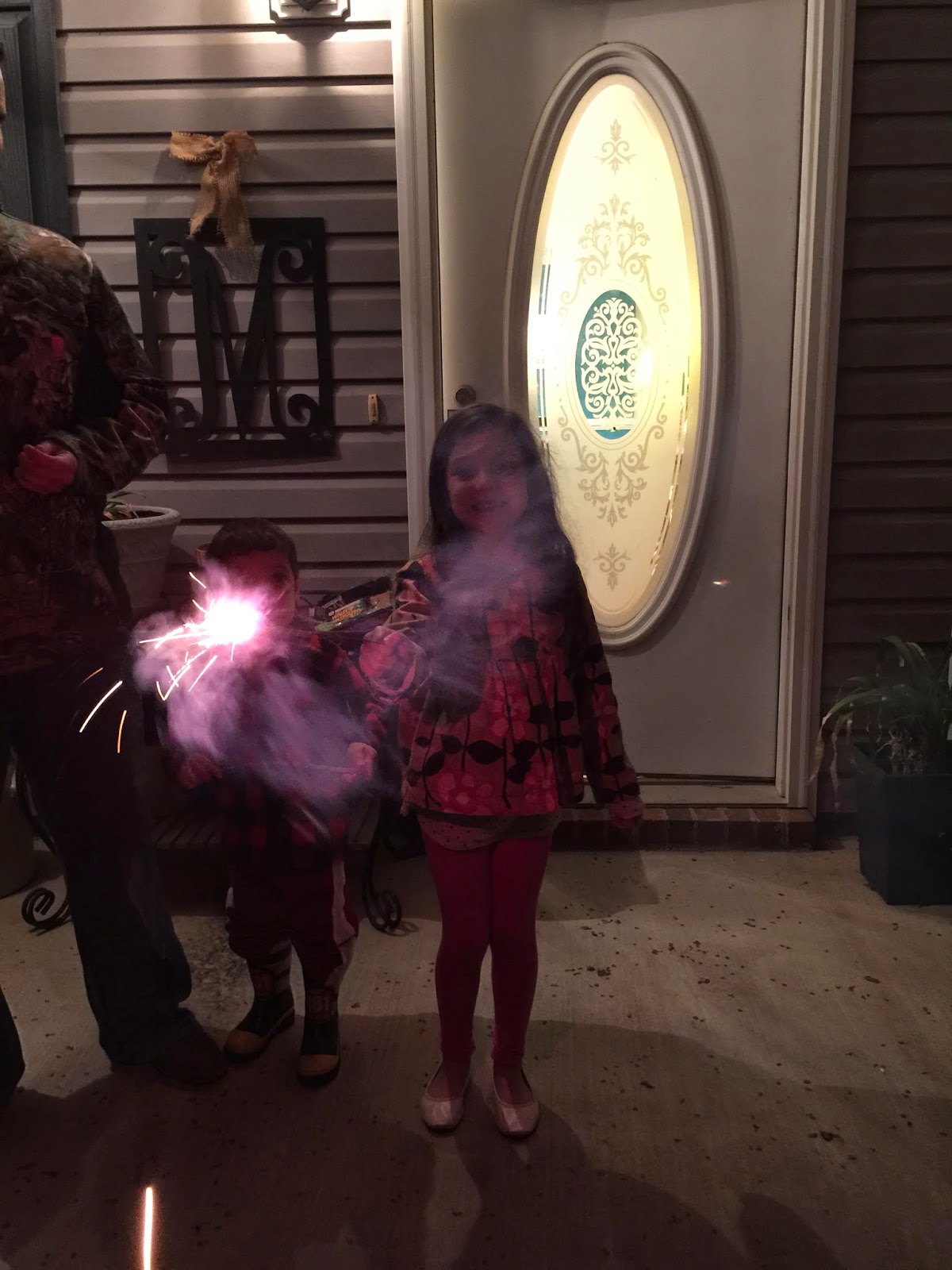 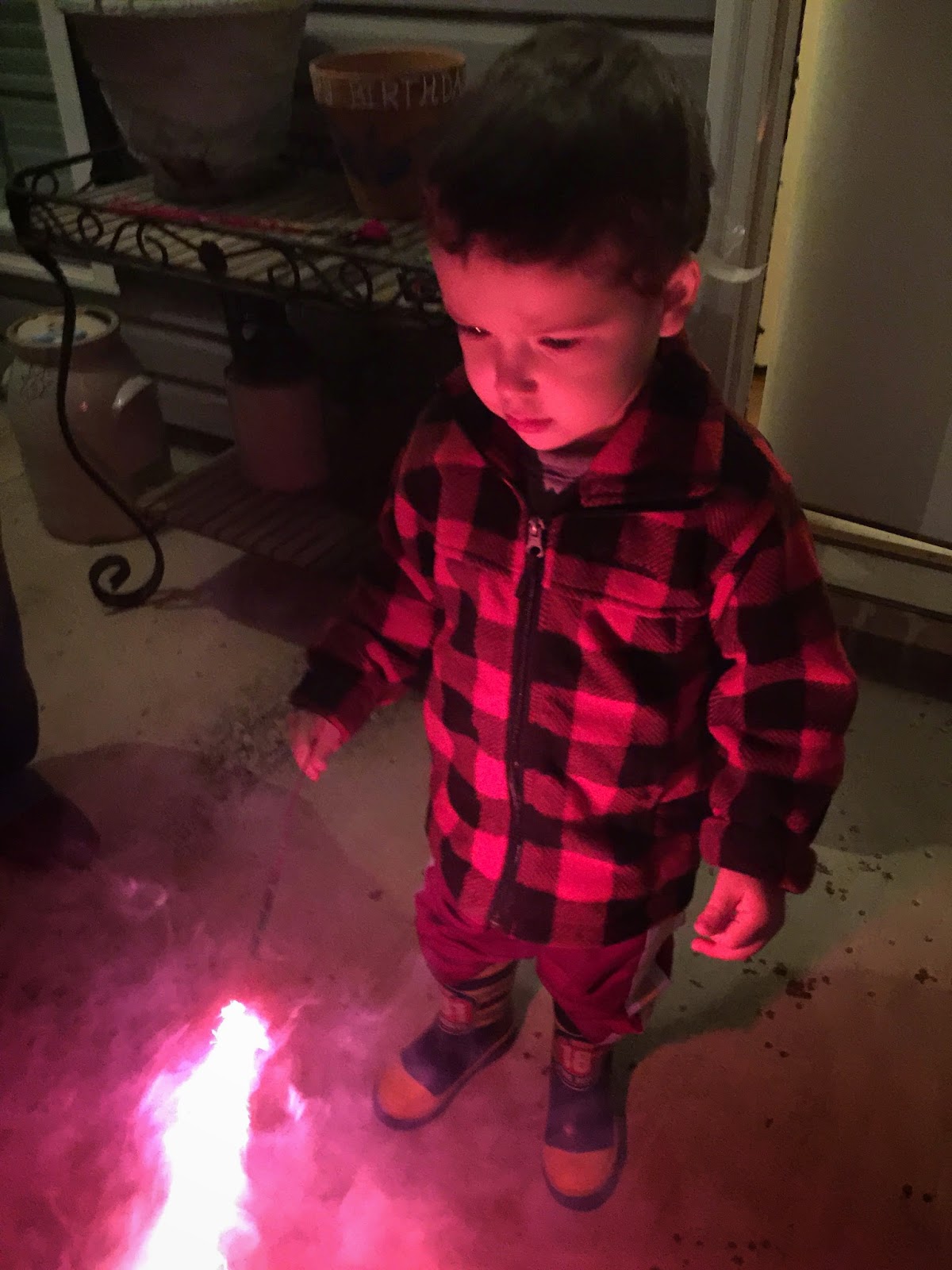 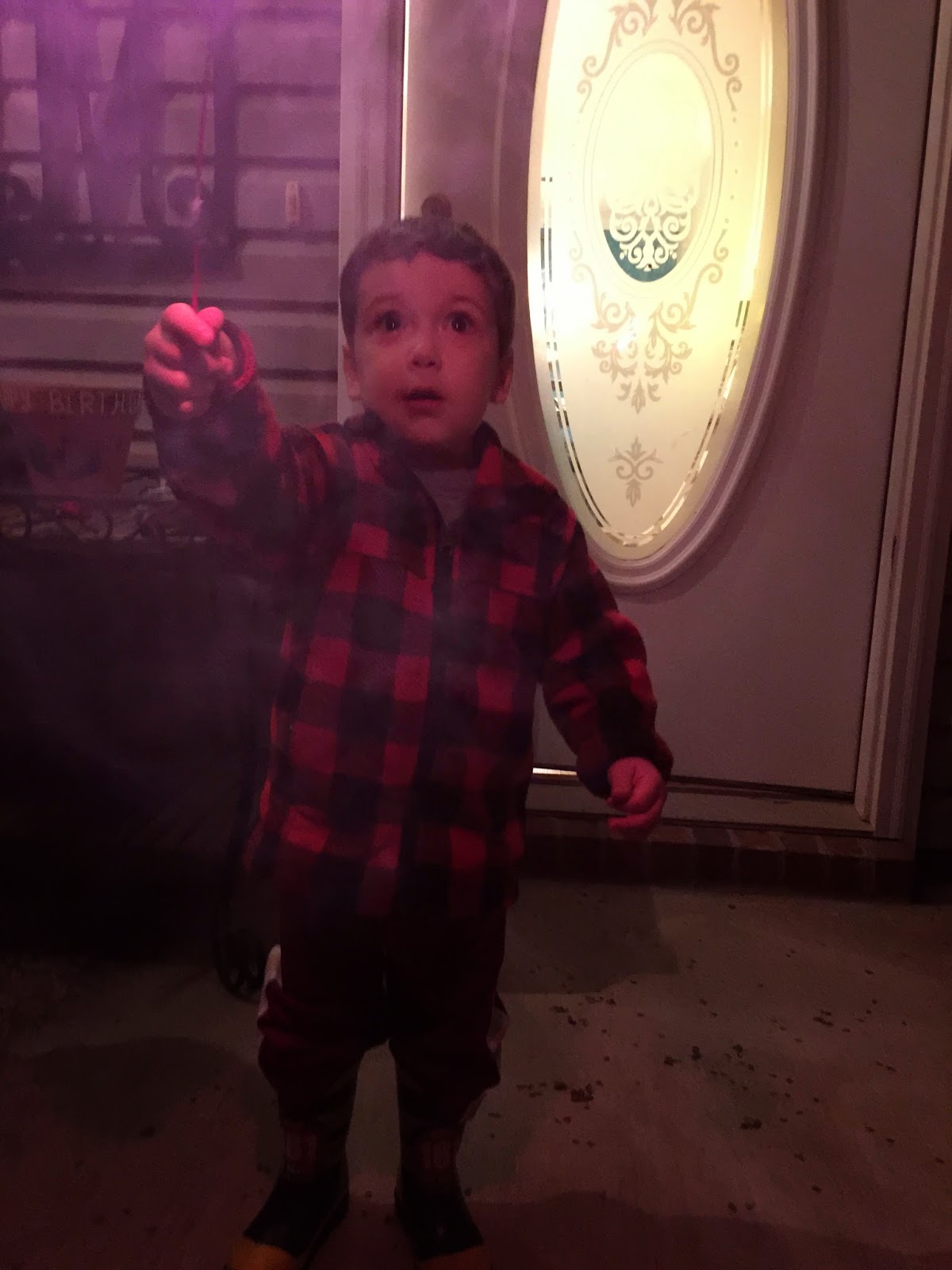 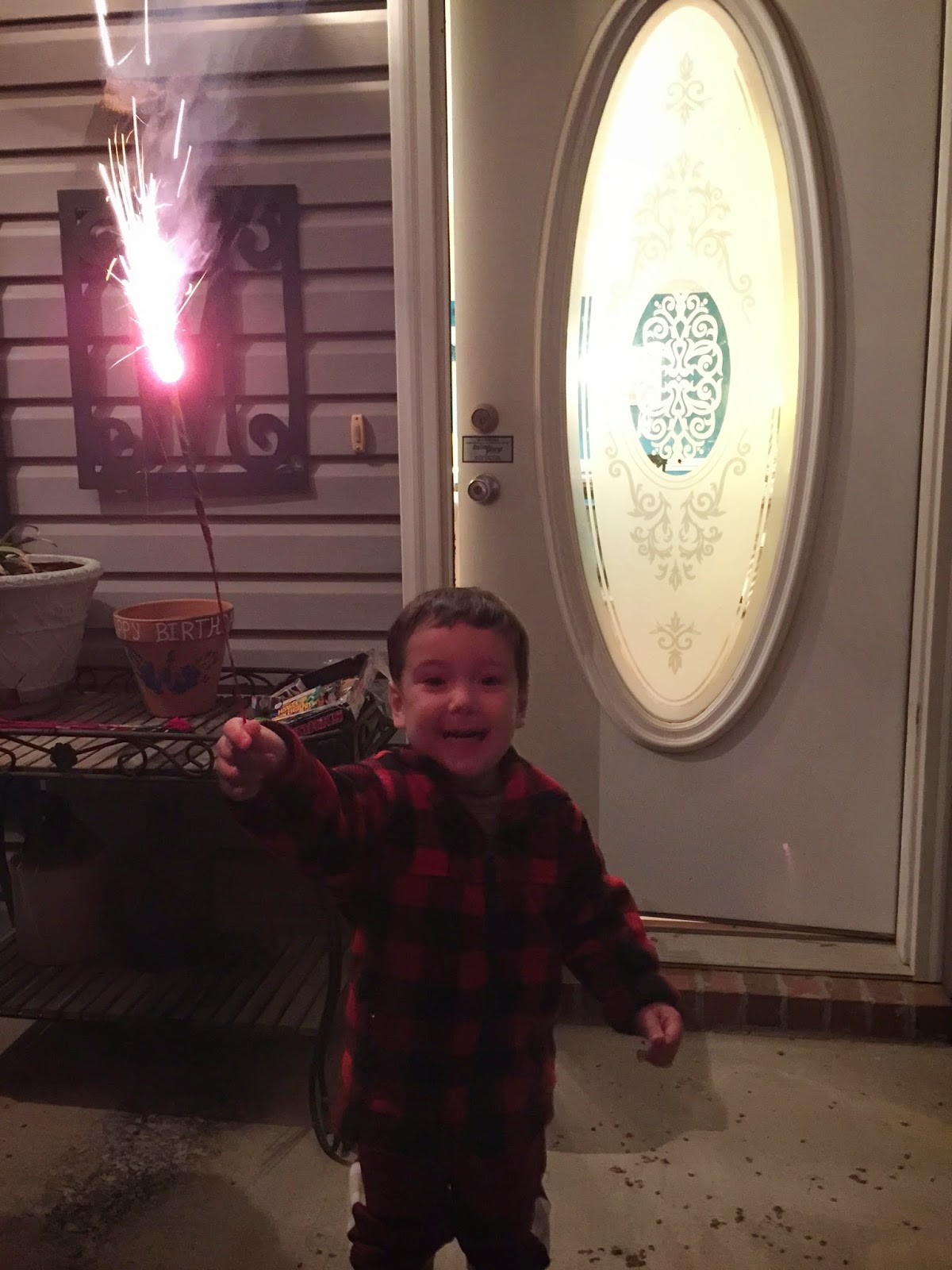 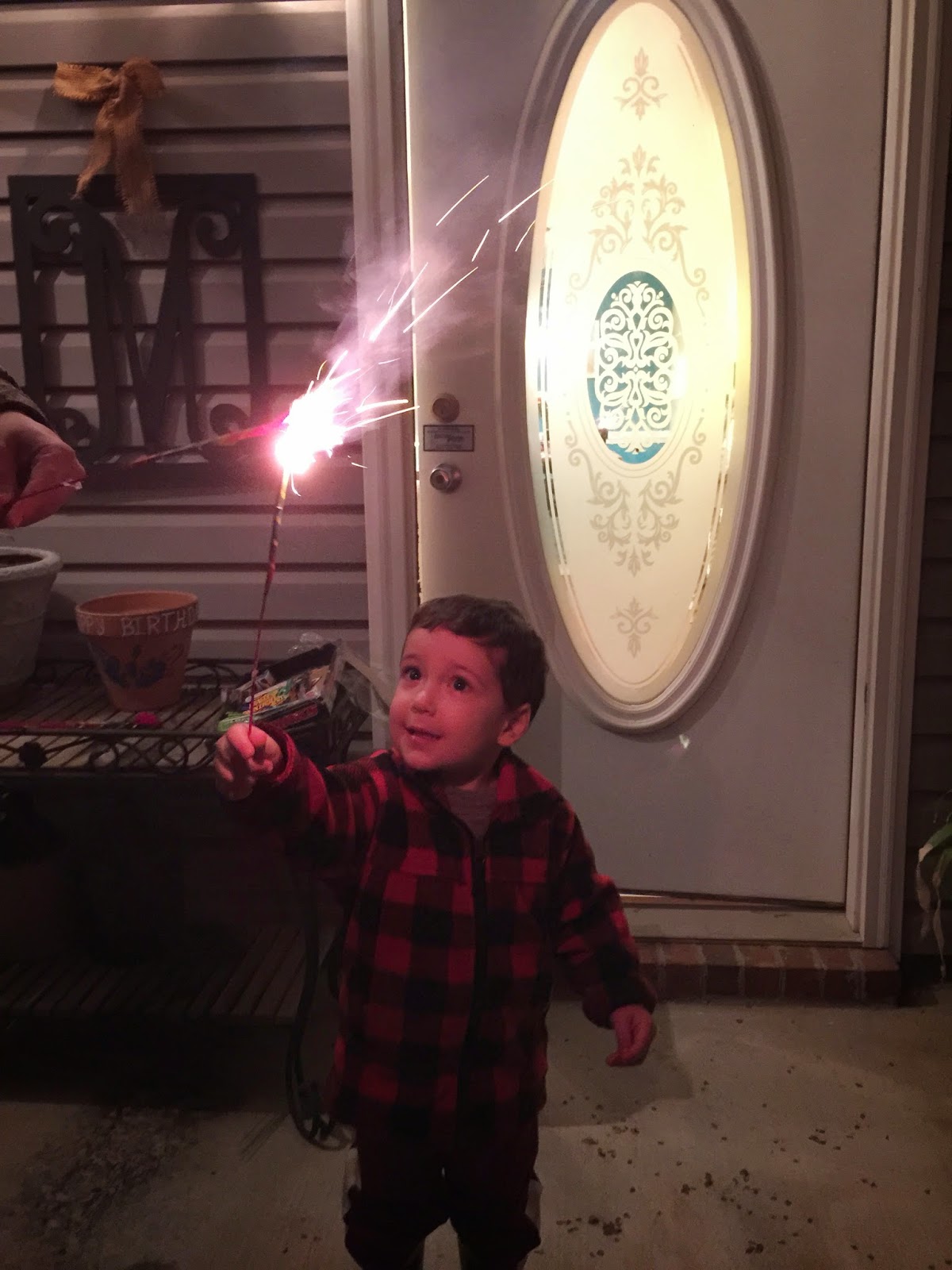 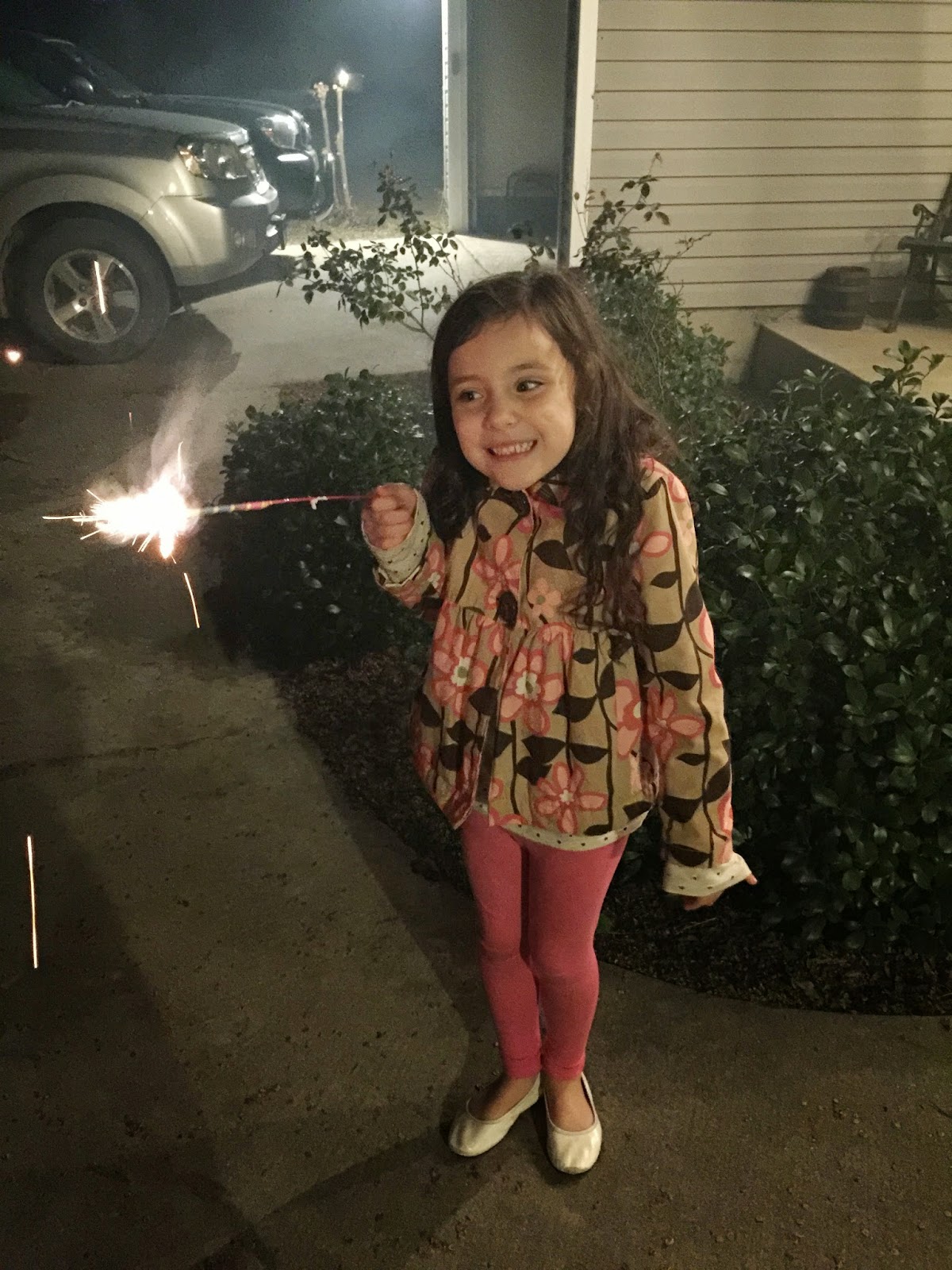 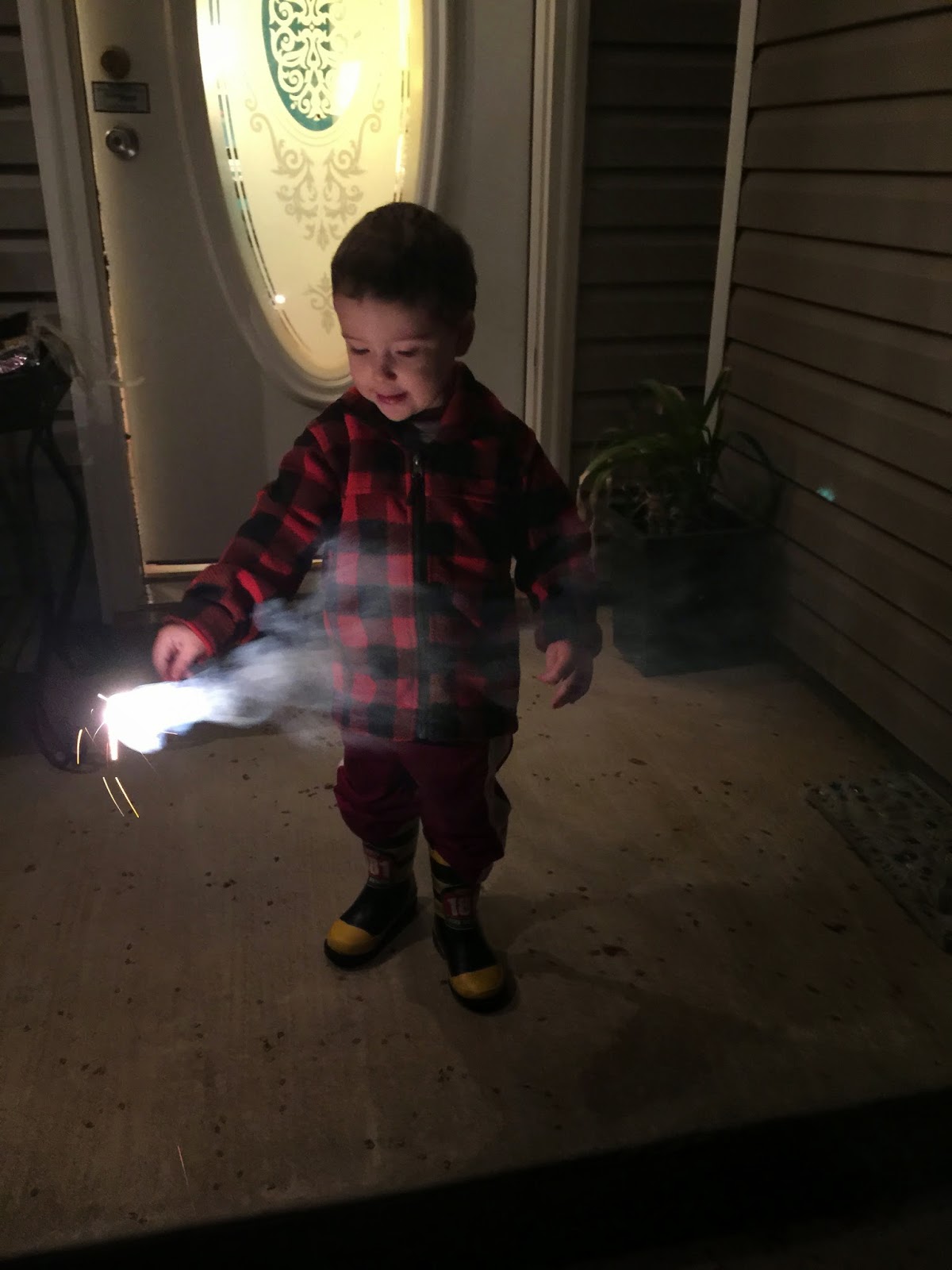