Last December I took a quick trip to Atlanta to go see Justin Timberlake with my sister.  Emily was supposed to go with me, but she ended up having to cancel and stay home with a sick baby.  After the concert was over, she and I were both still bummed that she wasn't able to go.  Then in January, he added more dates to his tour, and one more stop to Atlanta was added.  Emily and I talked about it, and we decided that it was for sure worth another go!  I enjoyed the concert so much last year - I didn't mind going again!  And this would be an opportunity for her to go since she missed out last time.  We bought tickets and then had almost an entire year to wait.  ;)

Finally December came, no one was sick, and we headed to Atlanta for the concert.  We got there early enough to run by Laura's house to drop off our stuff (we were staying there), change, eat dinner, and get ready for the concert.  Luckily the concert was in Gwinette this time instead of downtown.  It was literally less than 5 miles from her house. 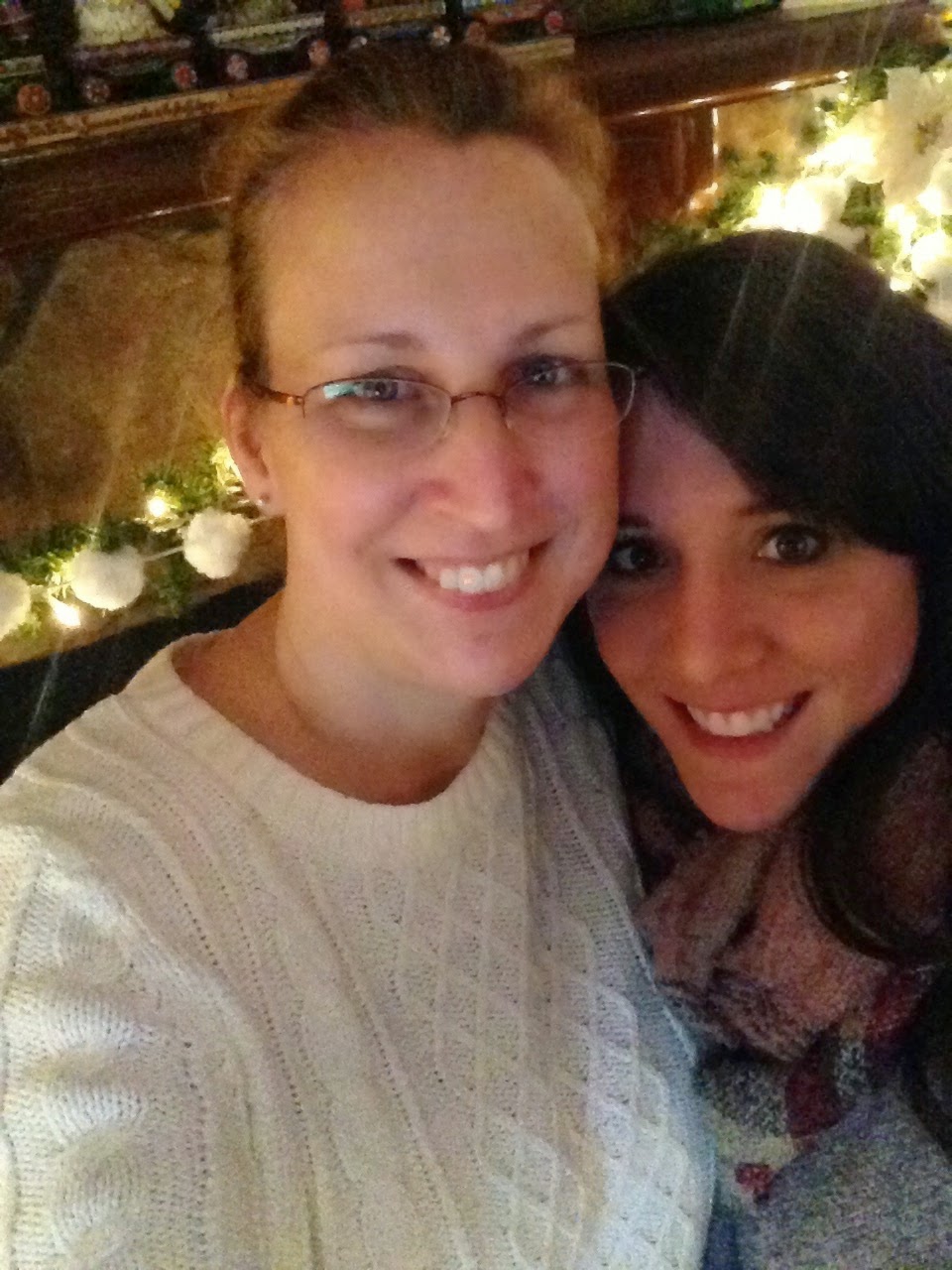 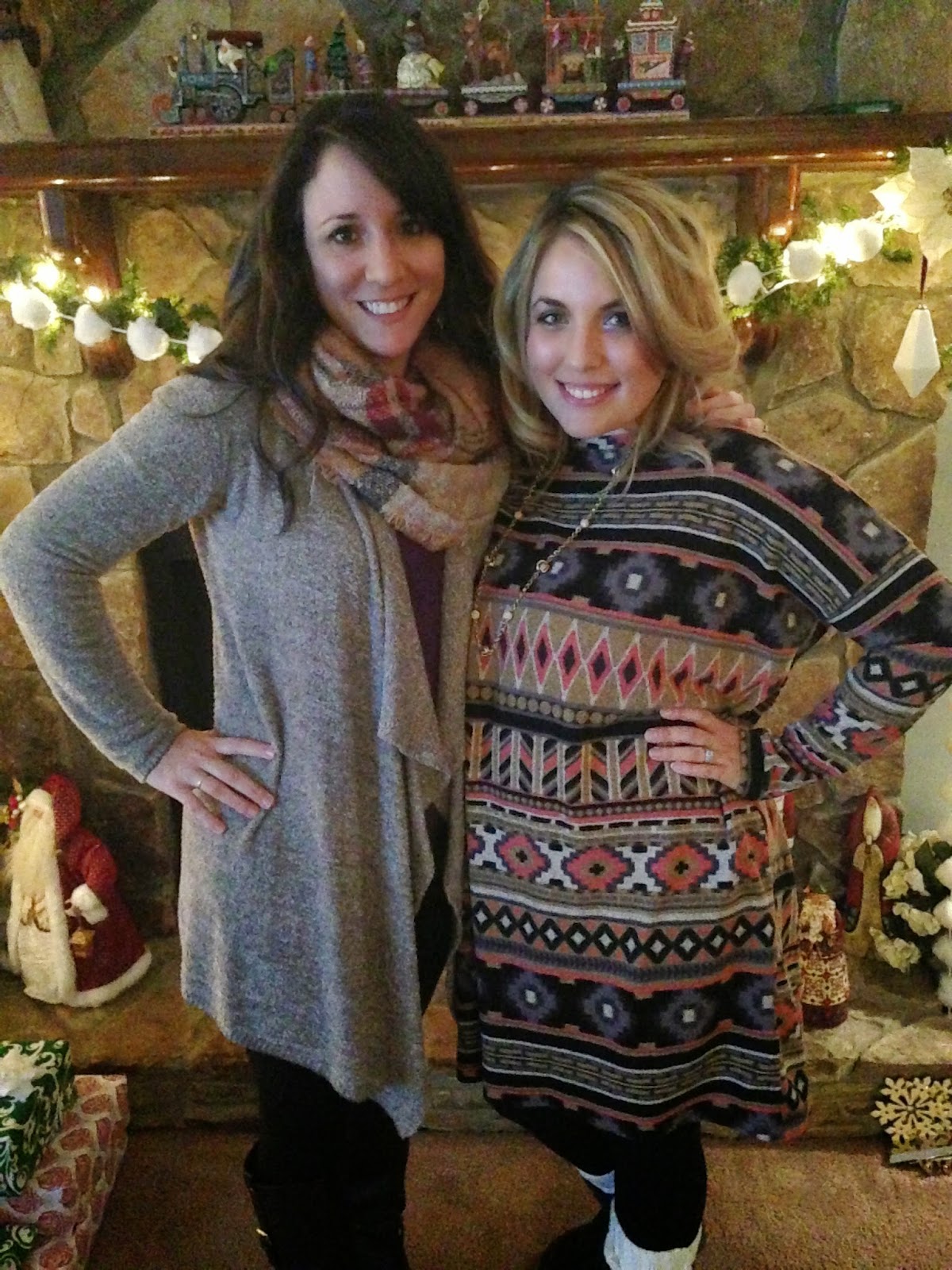 We had no idea how crazy traffic would be, so we really had no idea what time to leave.  We ended up getting there suuuuper early.  We just hung out in the parking lot, talked, listened to music, Emily pumped (still nursing a baby!), and then we headed inside. 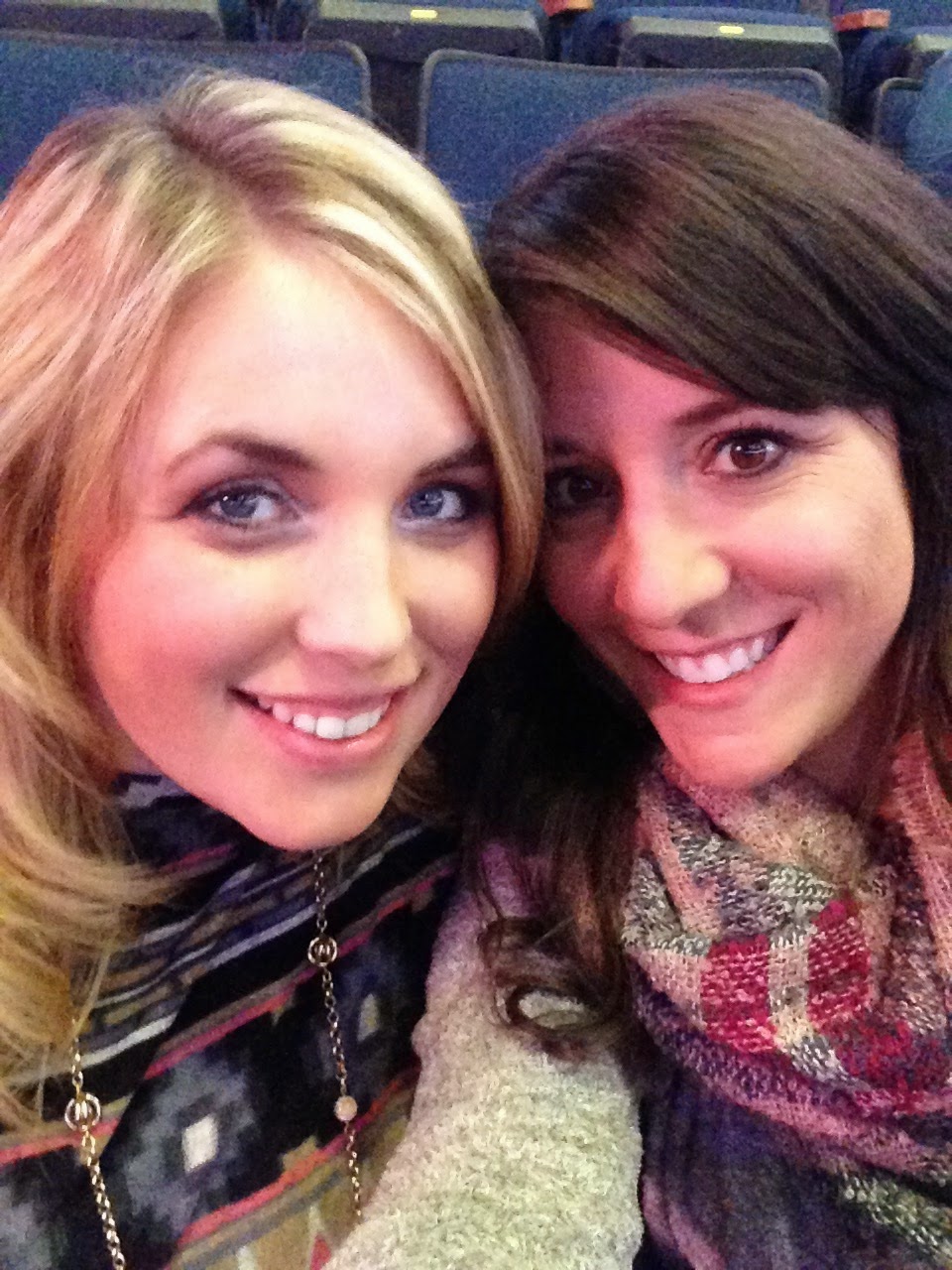 Our seats were a little closer than last time and on the opposite side of the arena.  They were great! 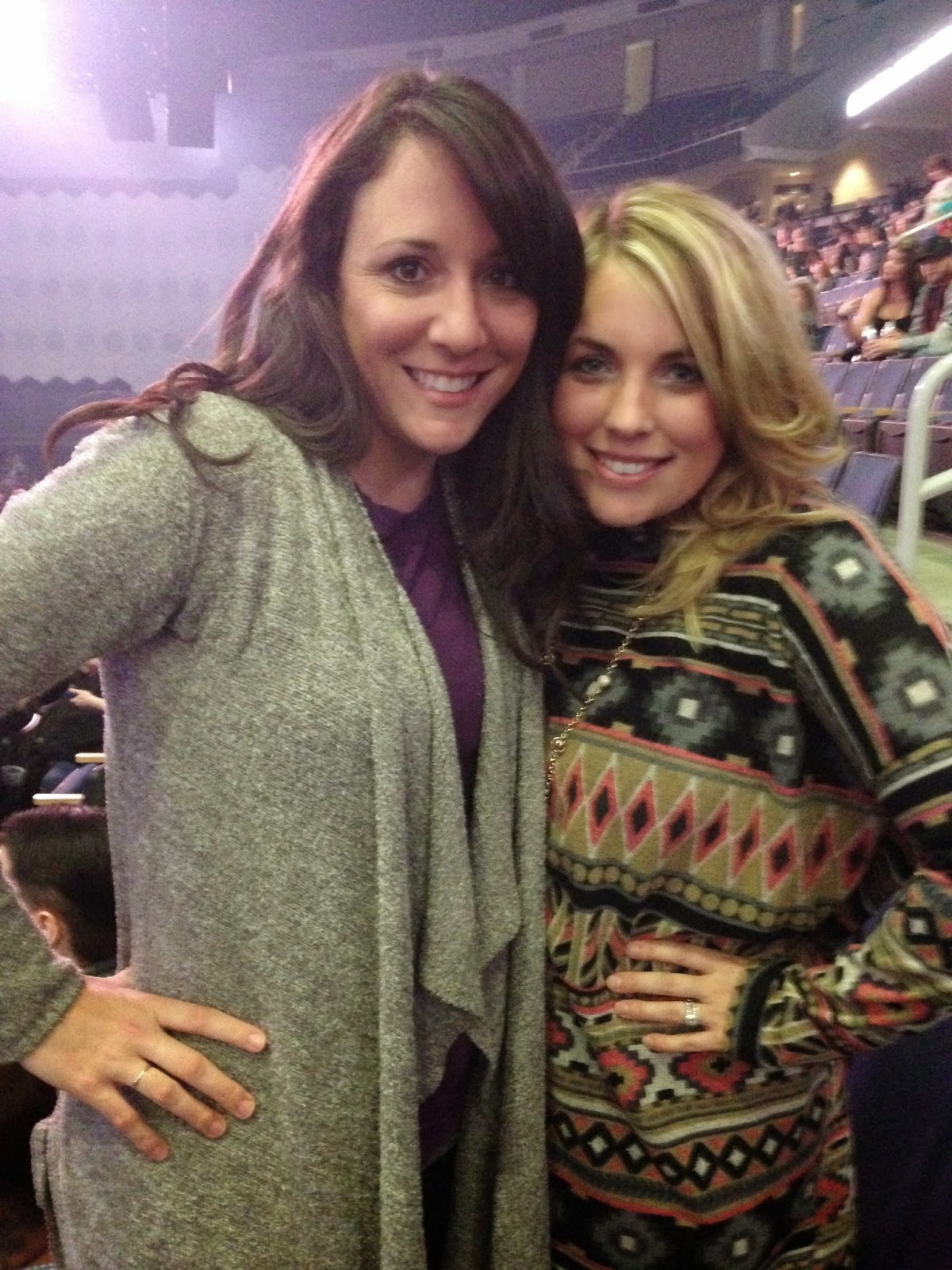 The show kicked off a little before 9:00, and again it didn't disappoint!  It was amazing!  I did take some video this time, but my phone didn't have much storage, so I lost the ability to take pics and videos about half way through.  I was bummed, but it did force me to be more "in the moment", so it wasn't too terrible. 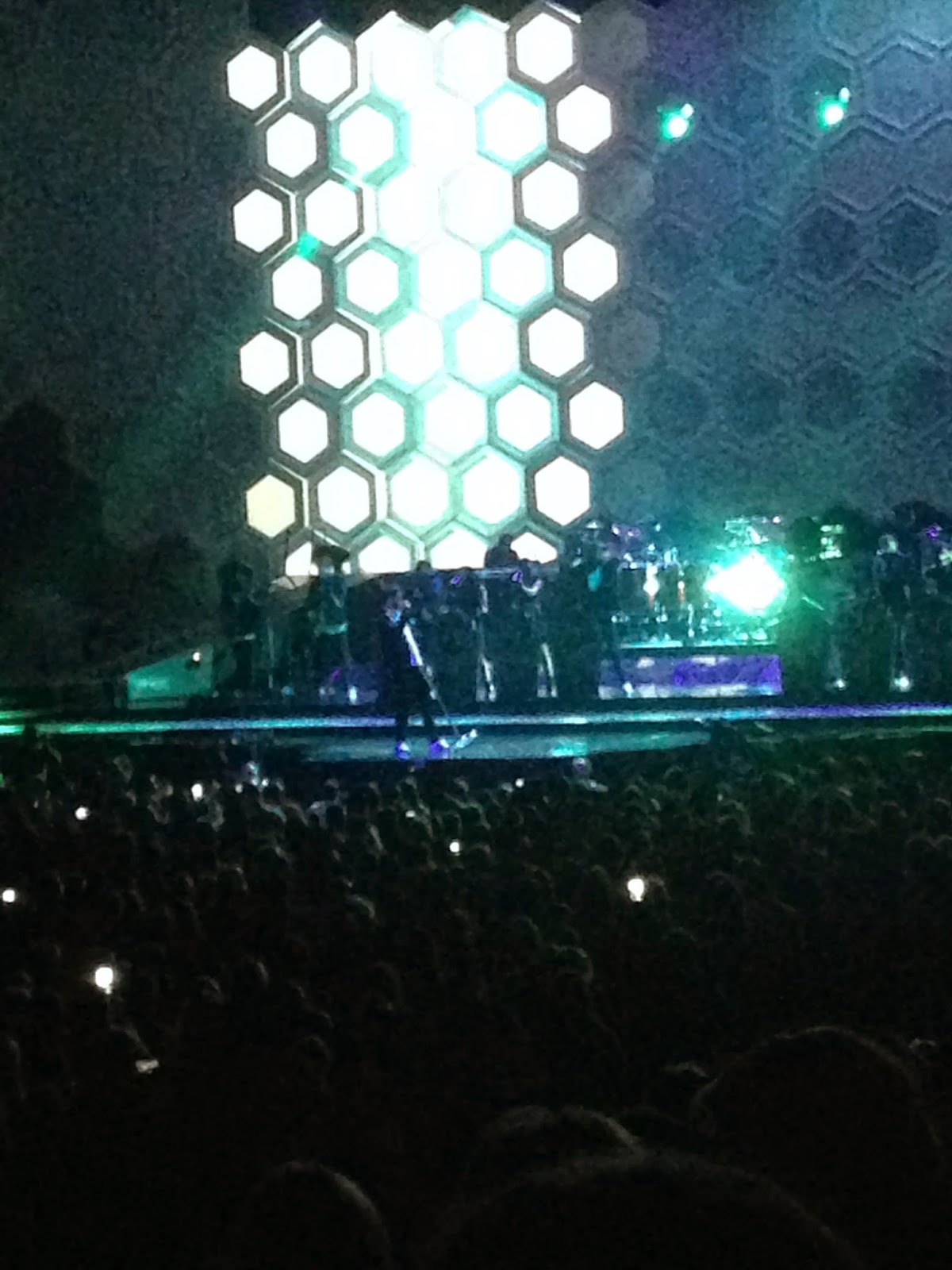 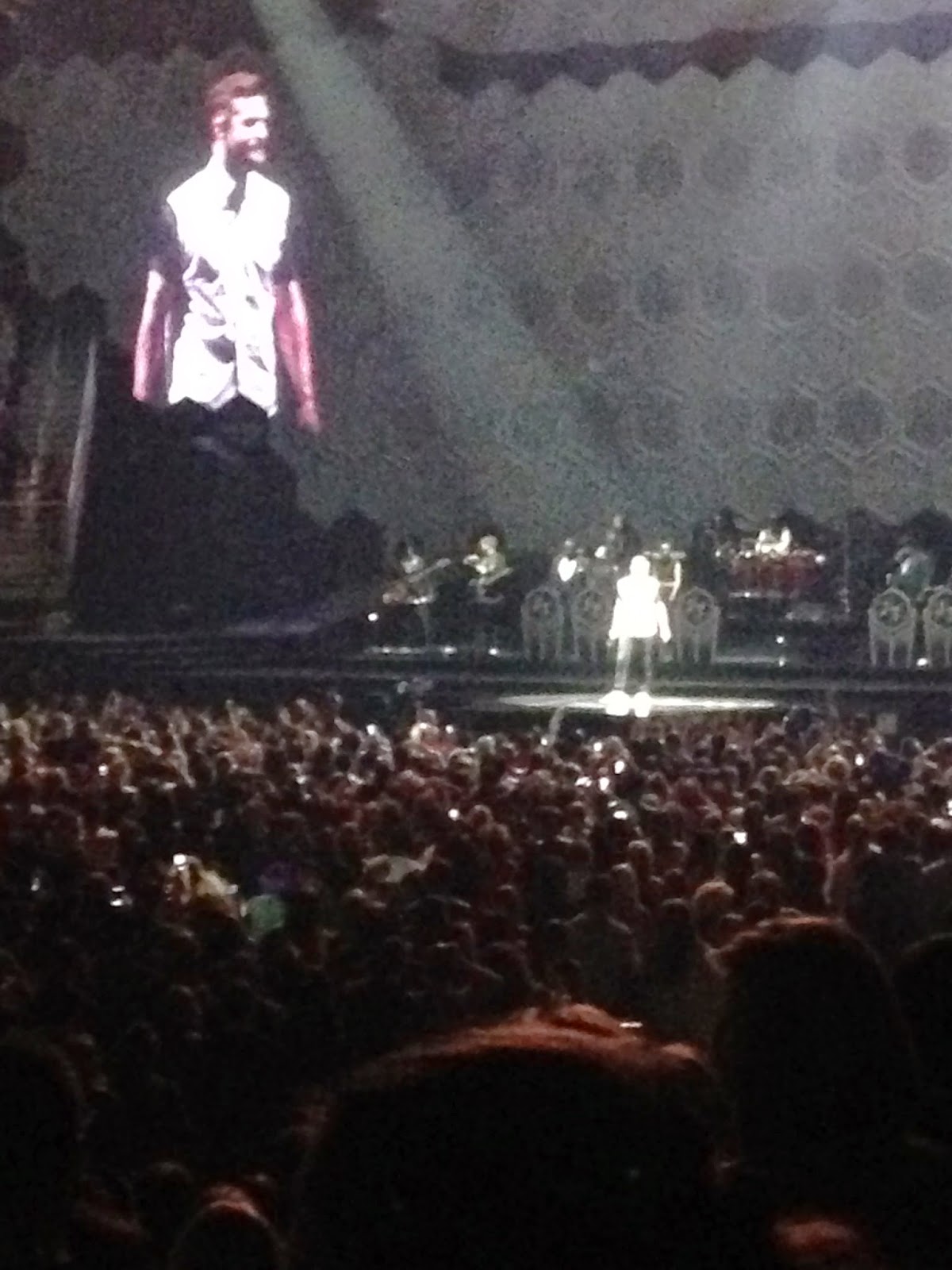 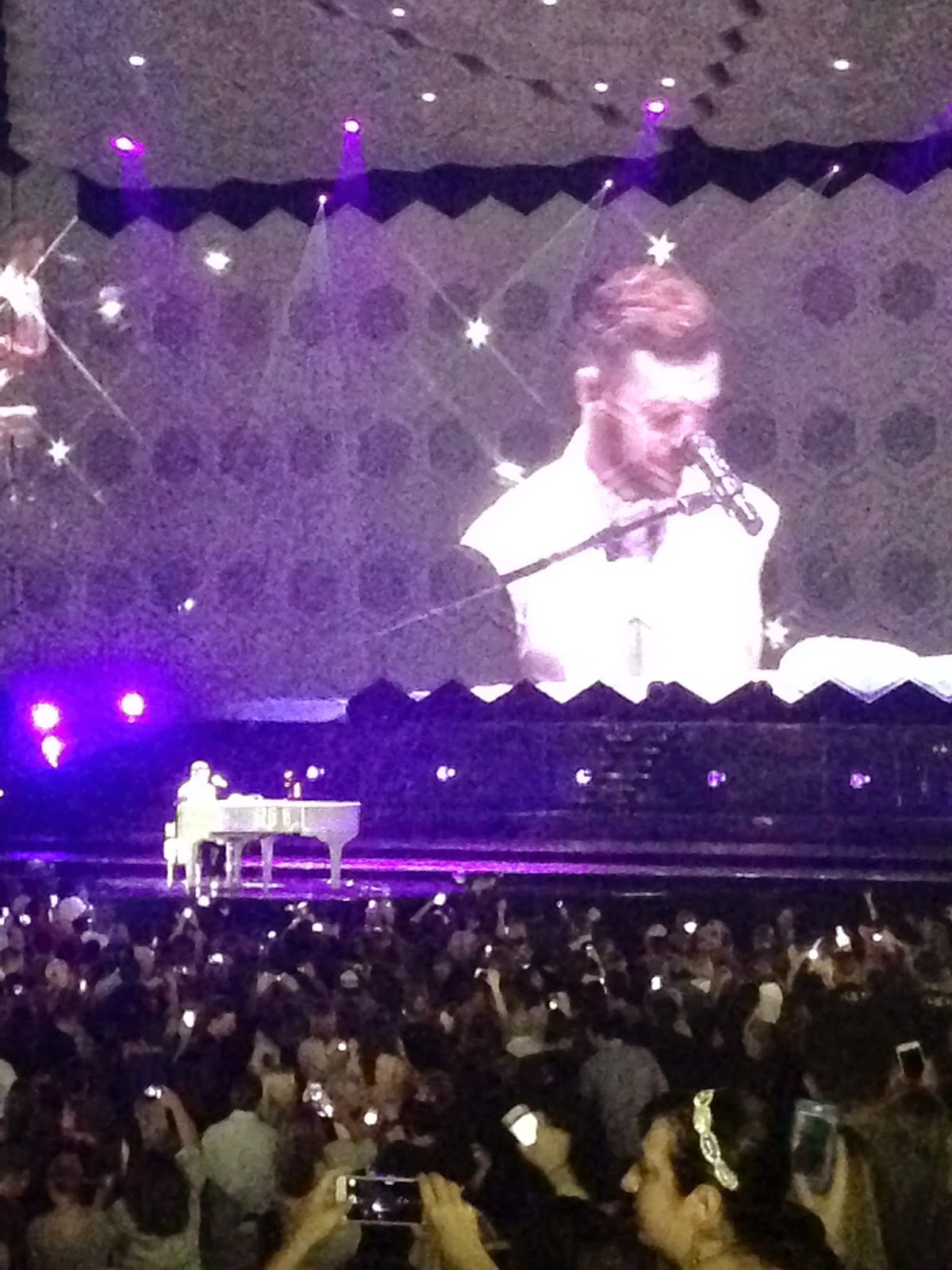 Holy Grail
Cry Me A River 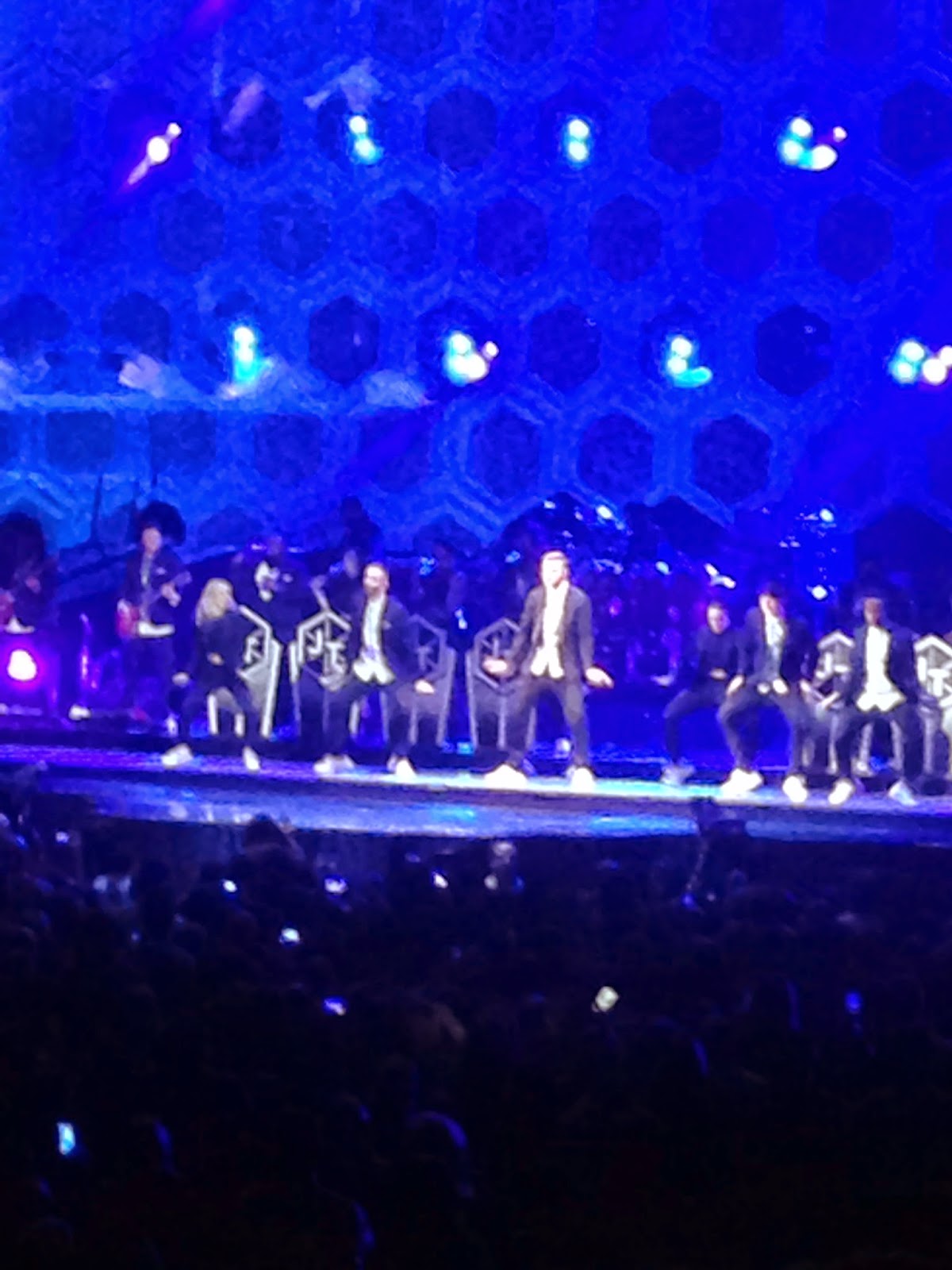 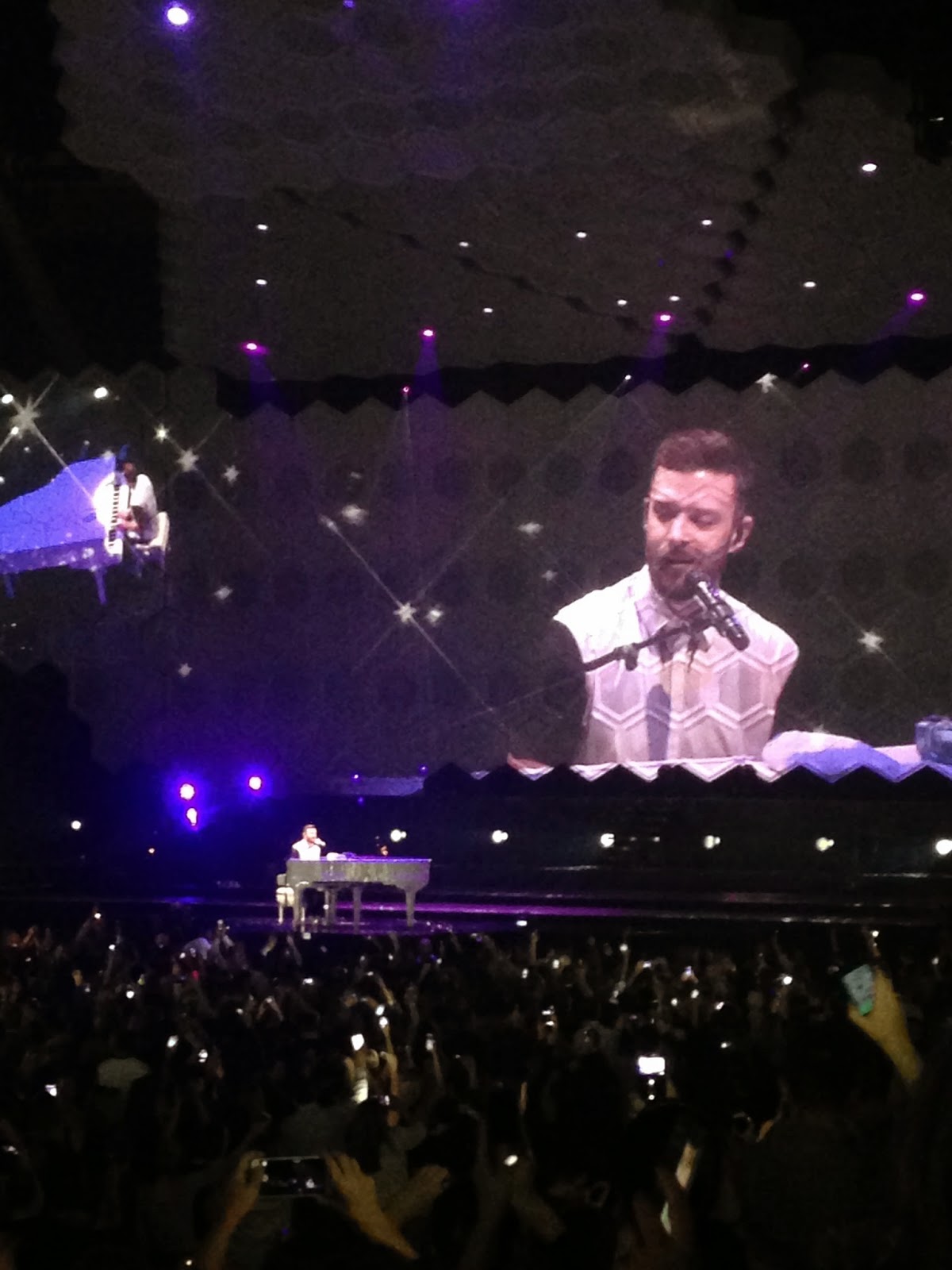 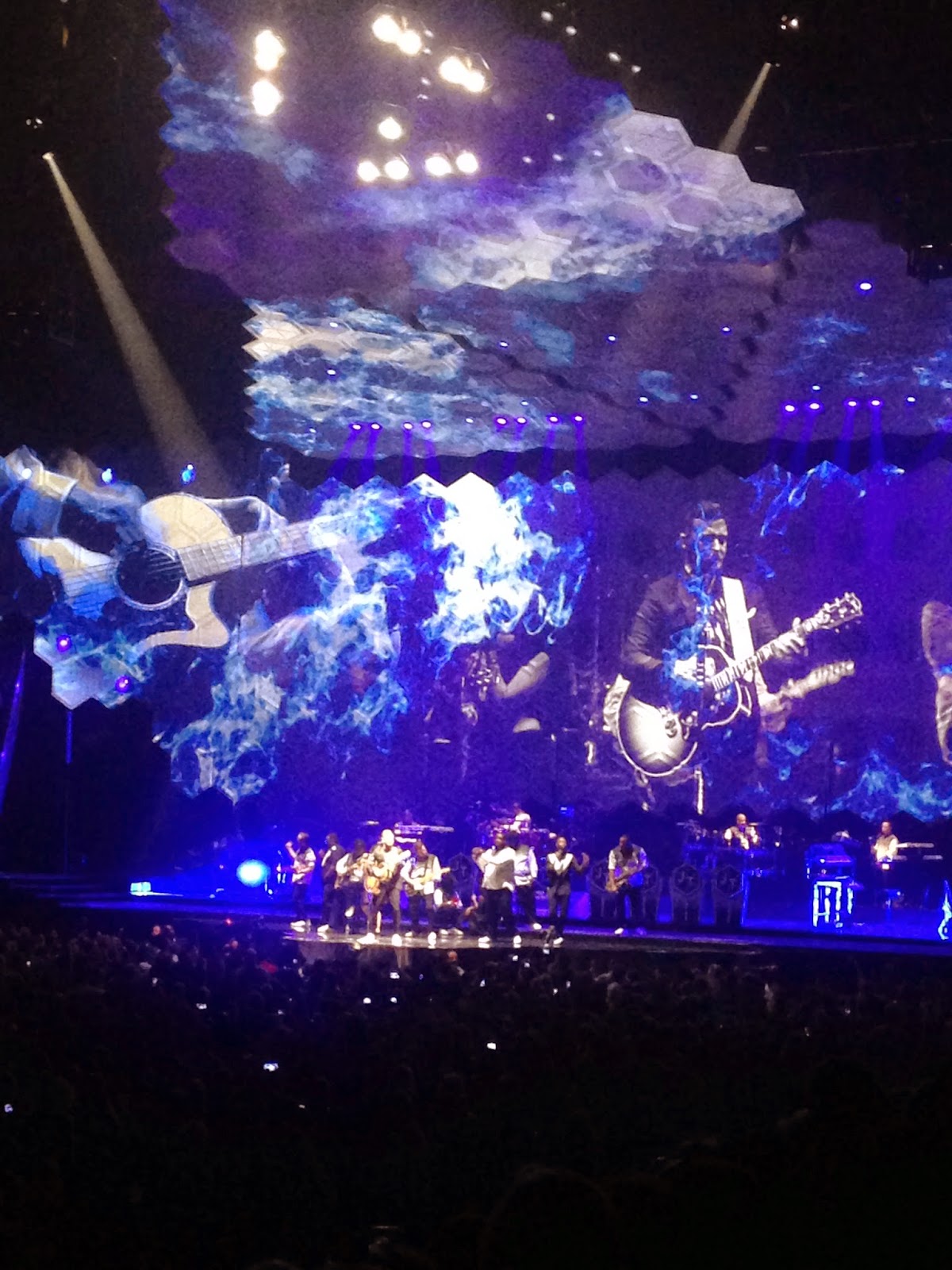 Let The Groove Get In 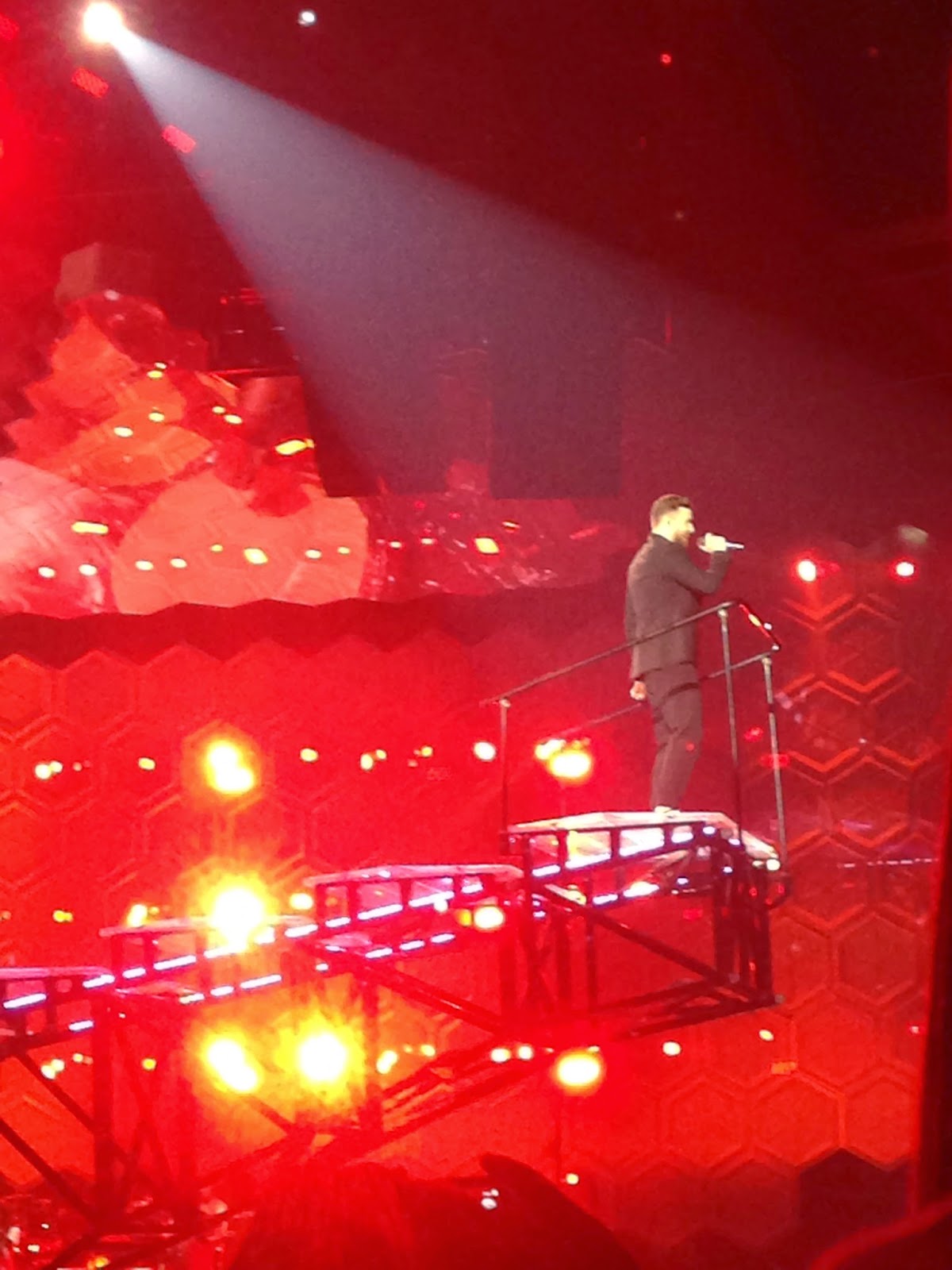 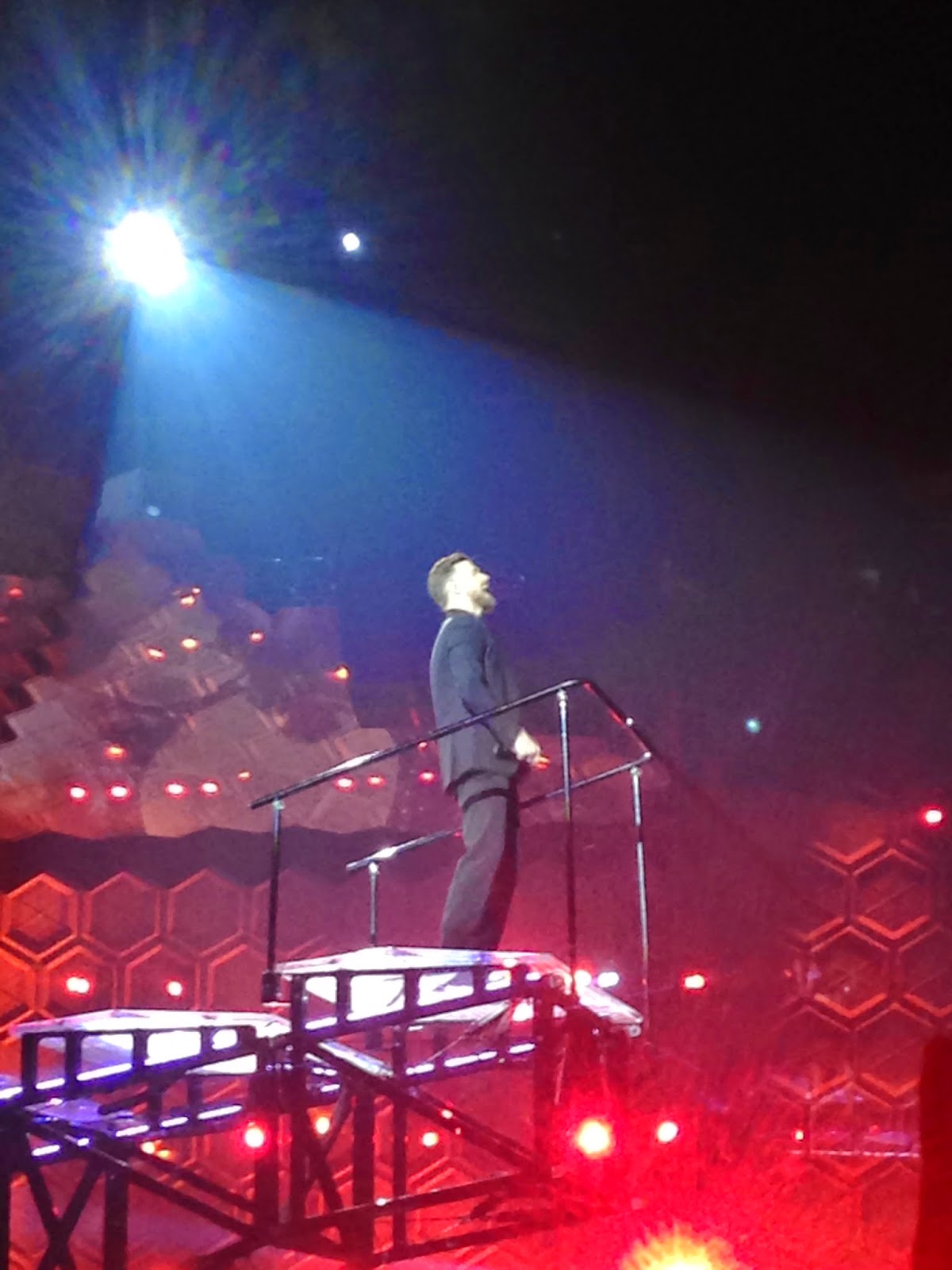 A video of the floating stage. 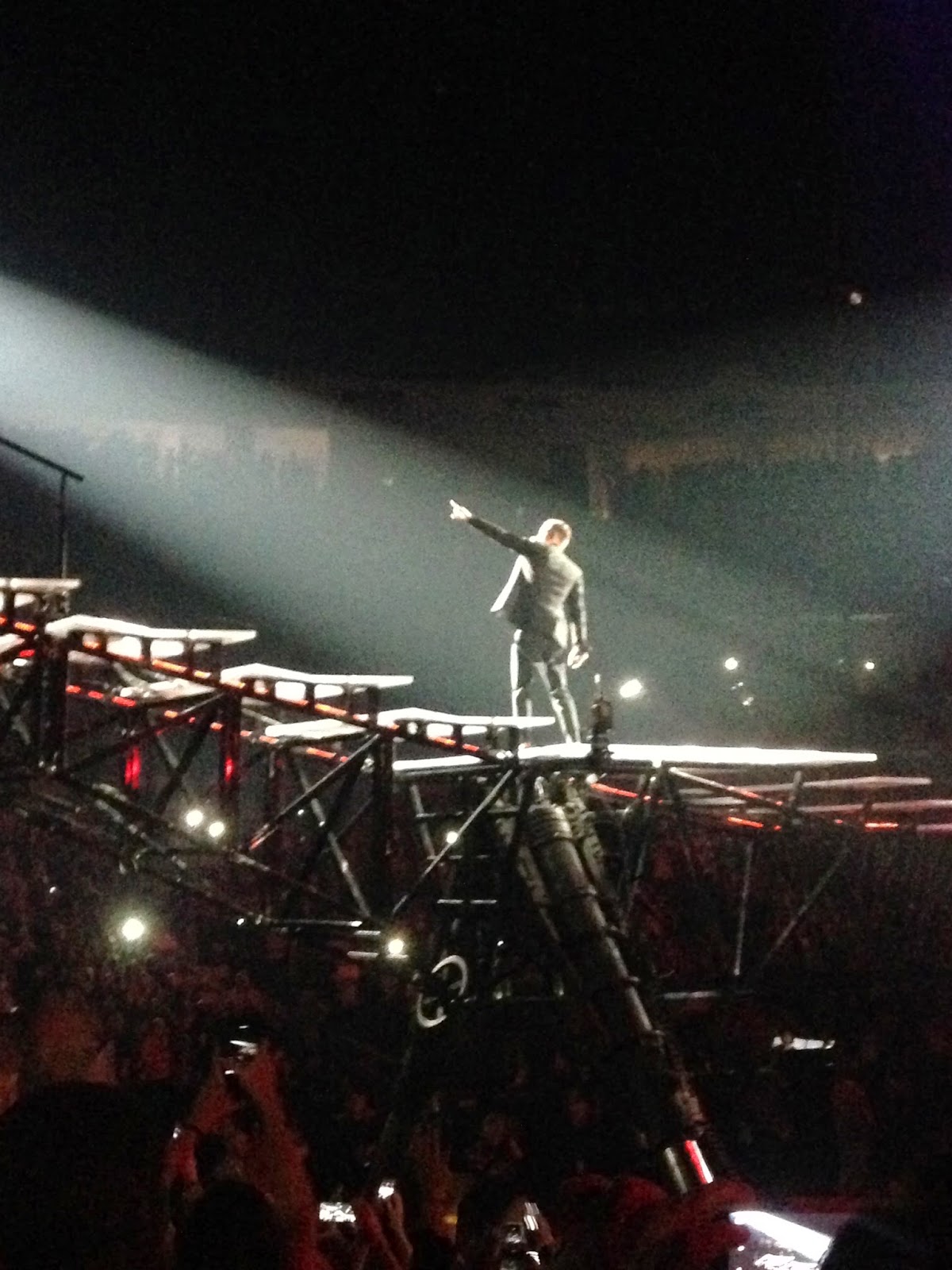 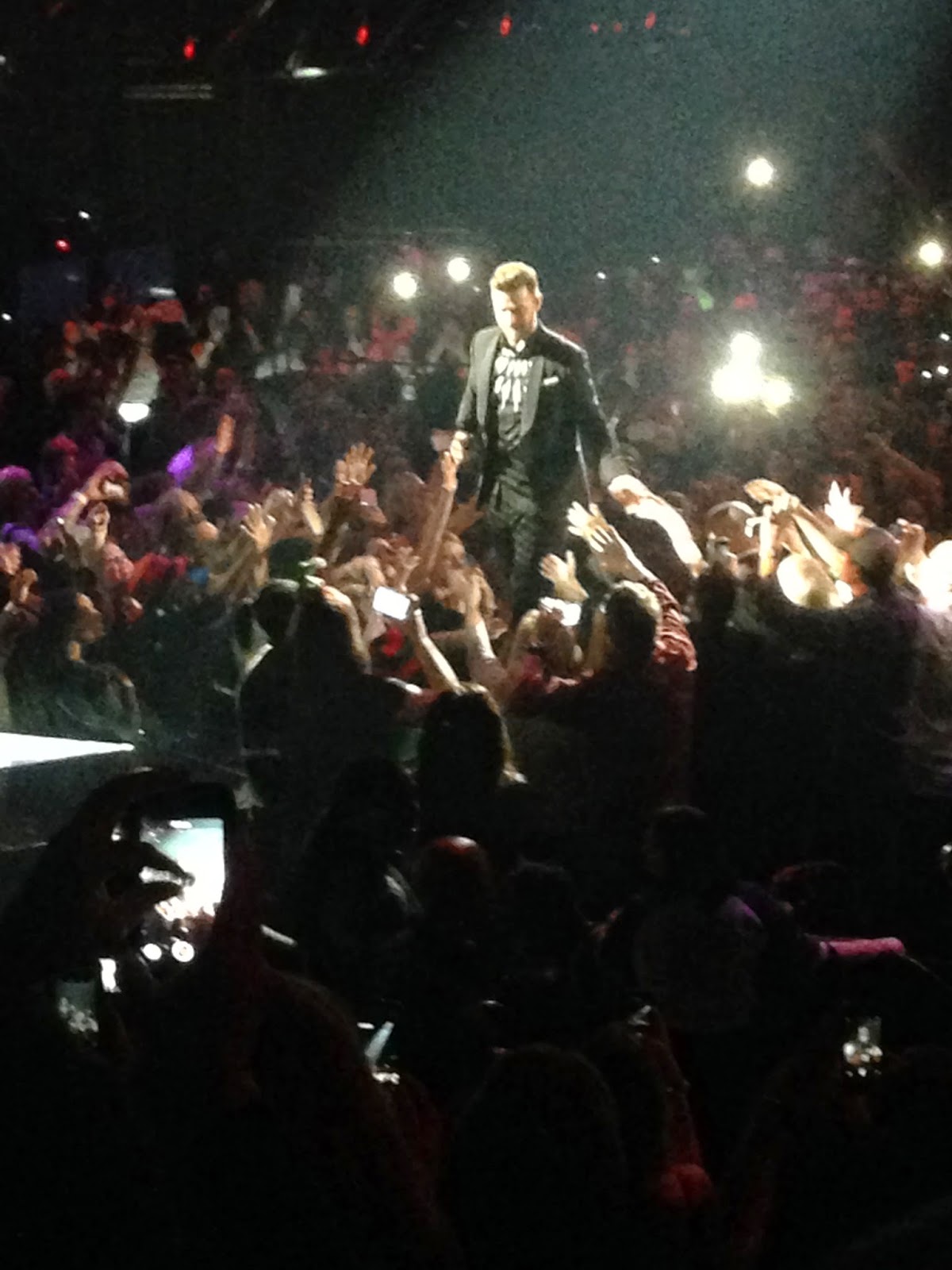 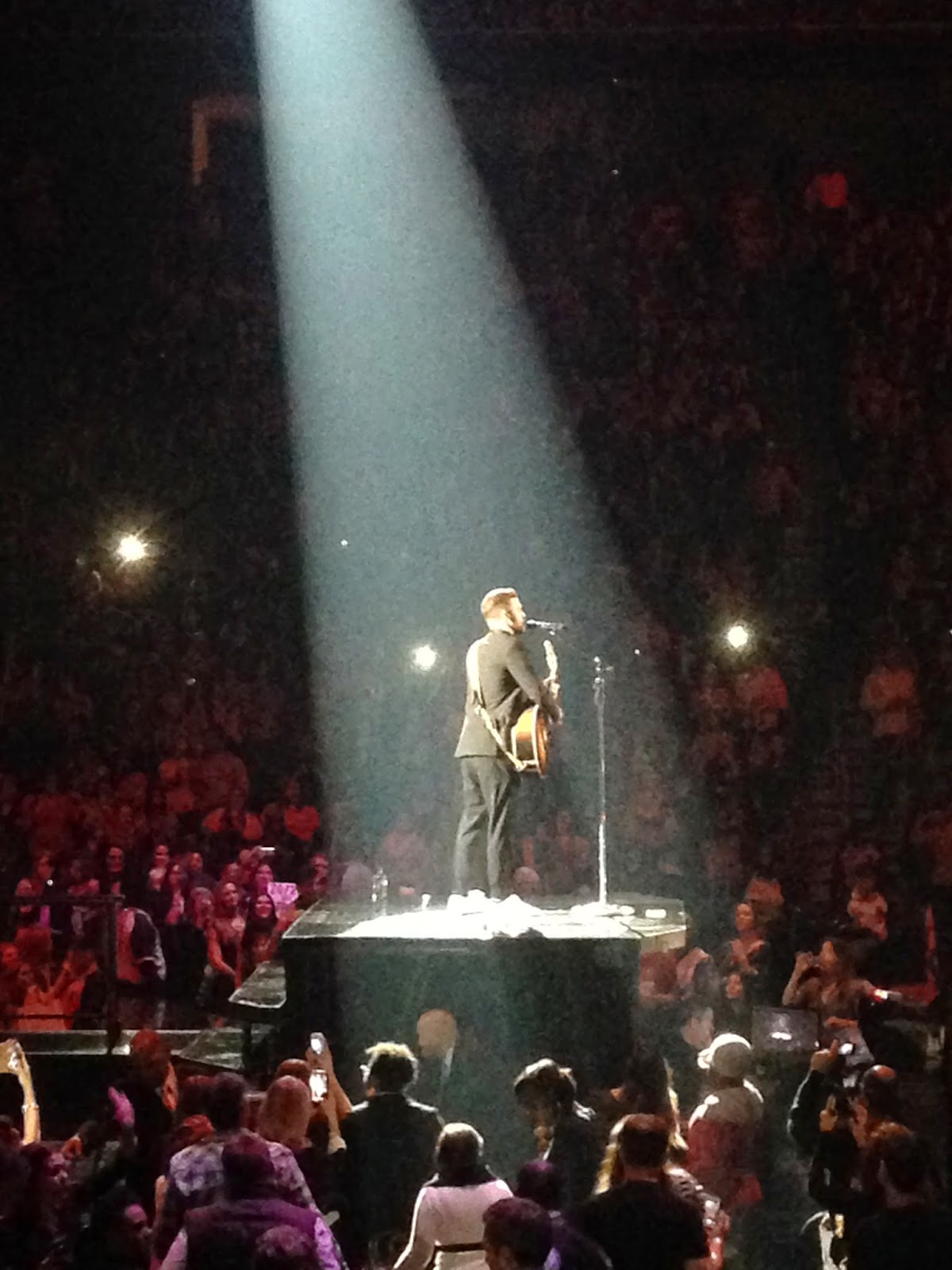 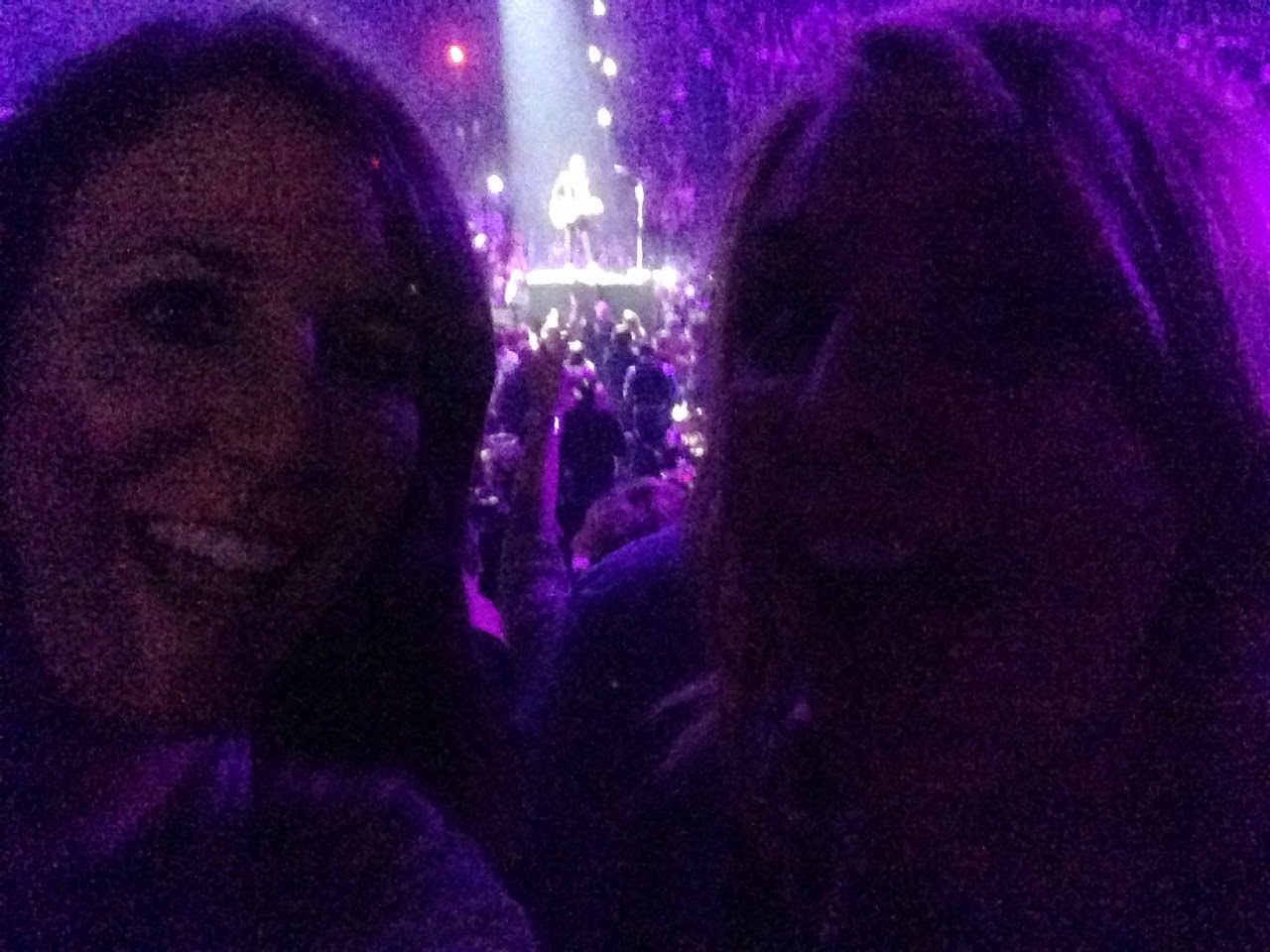 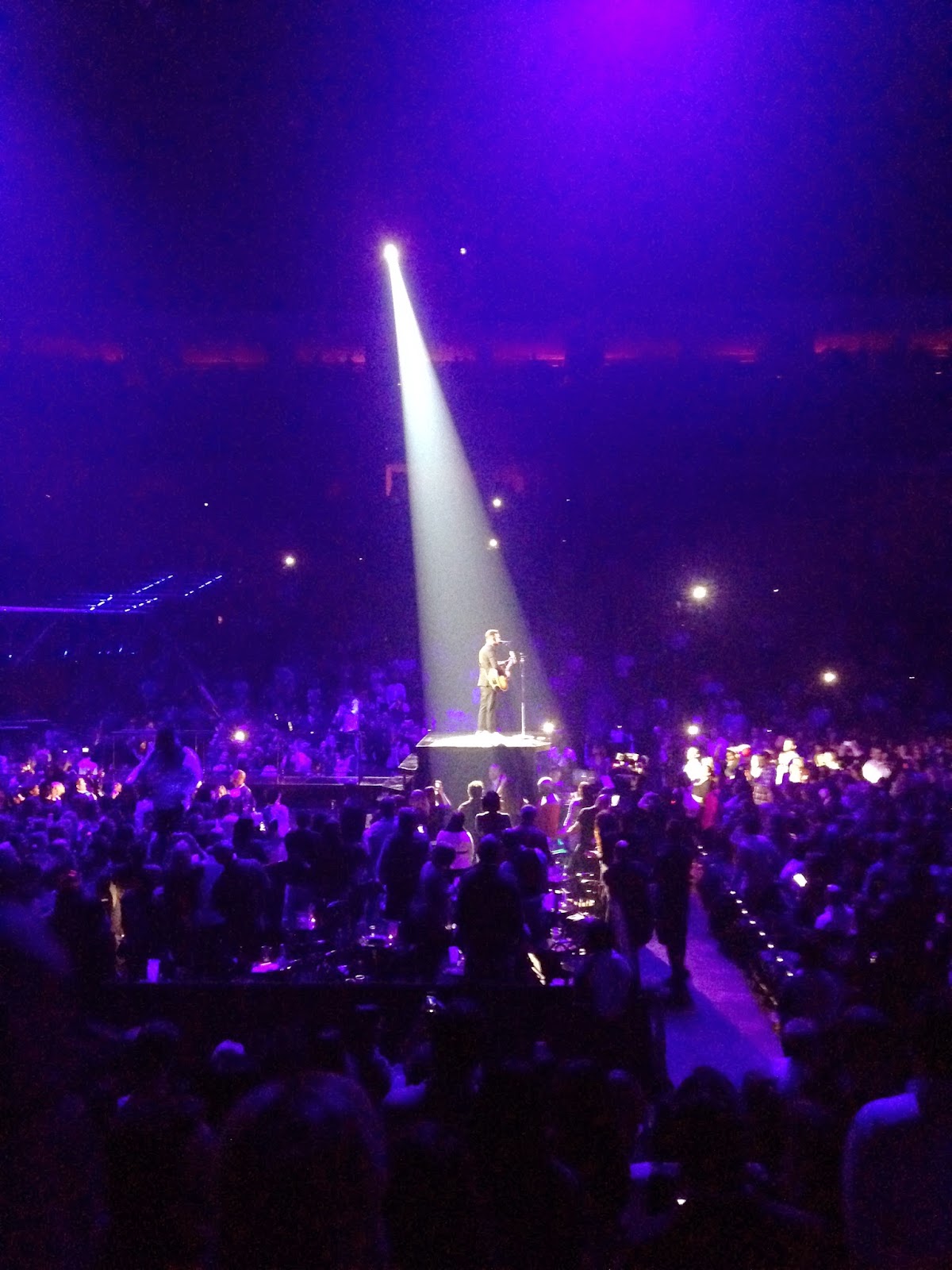 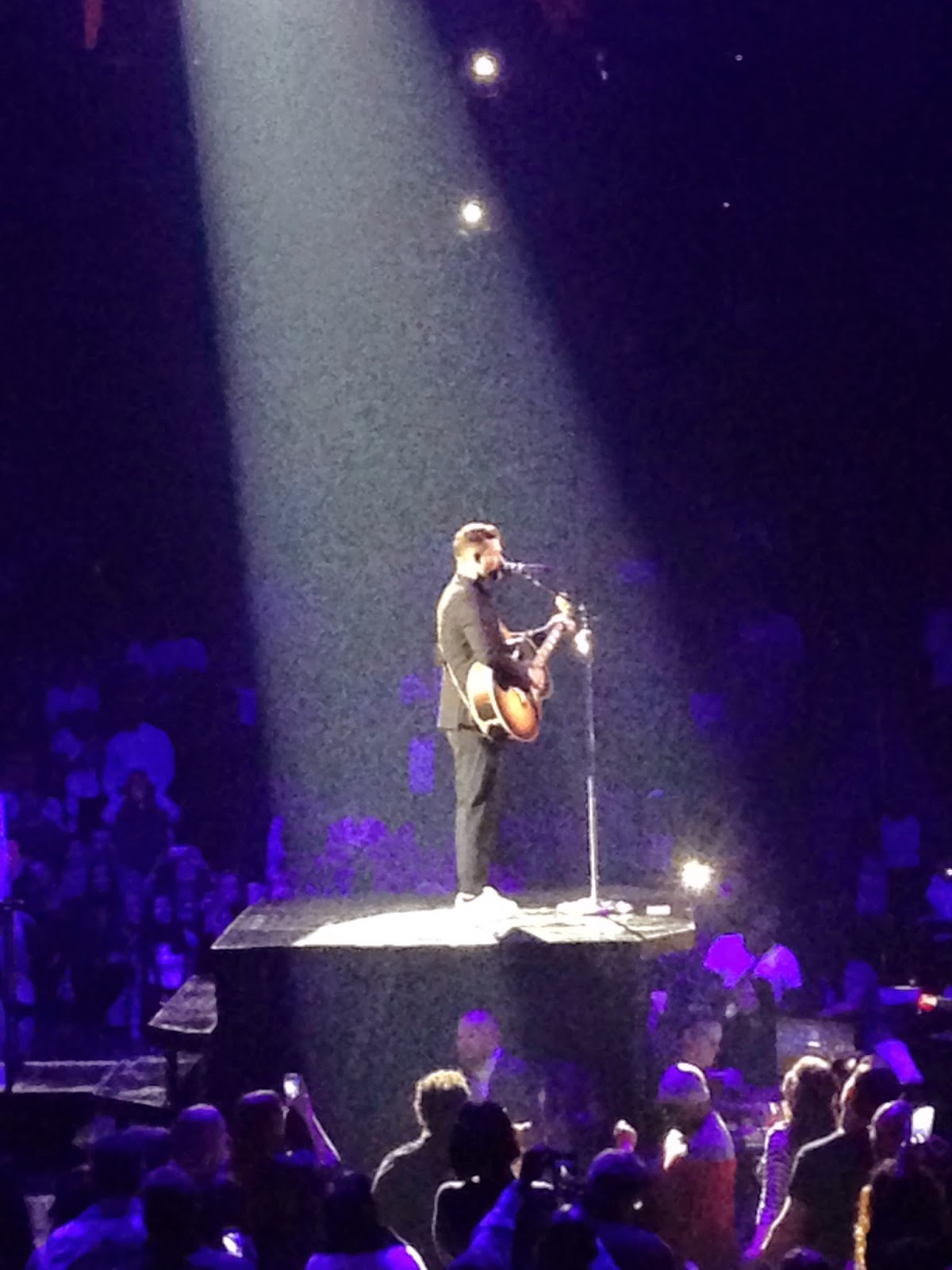 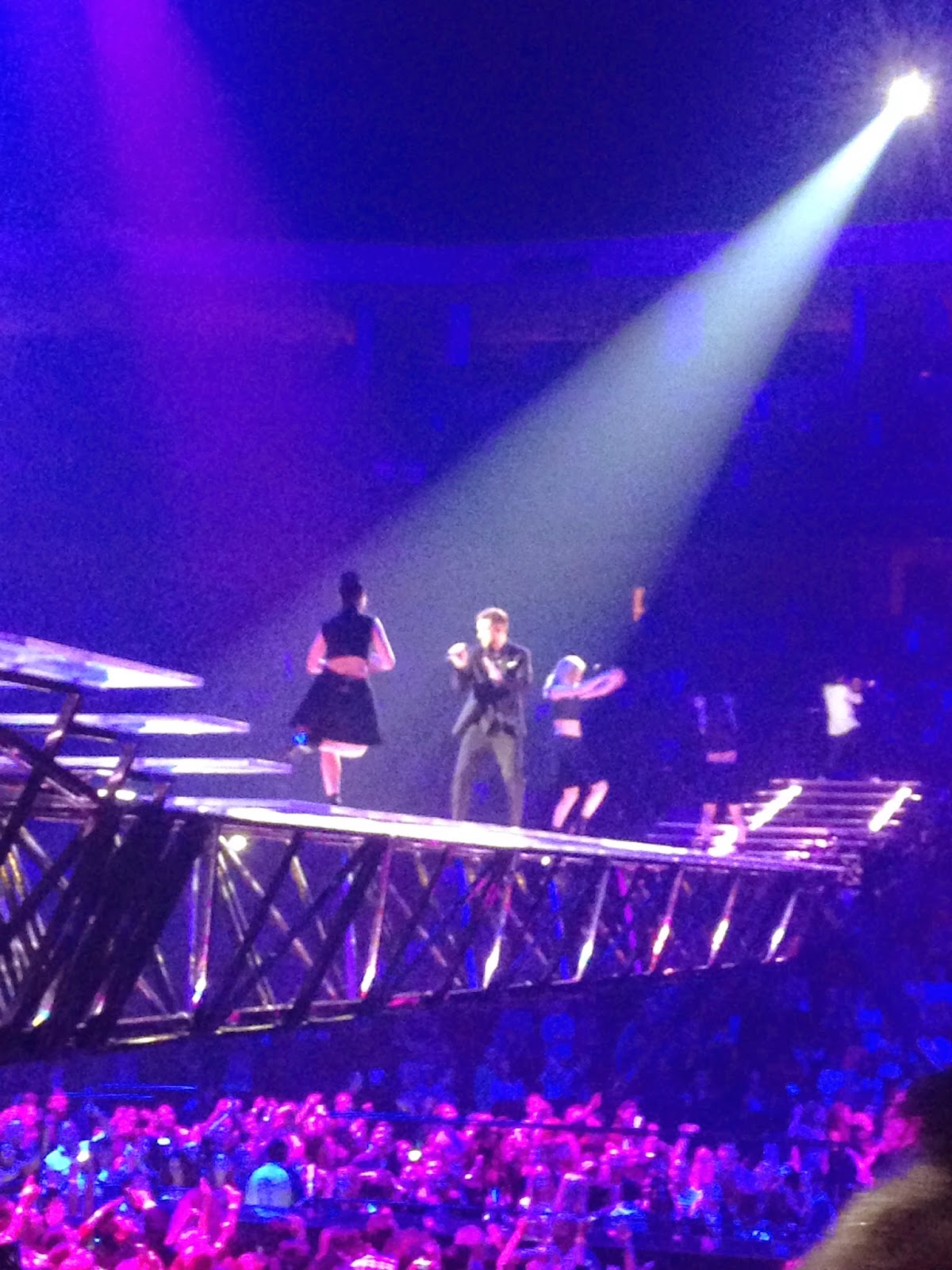 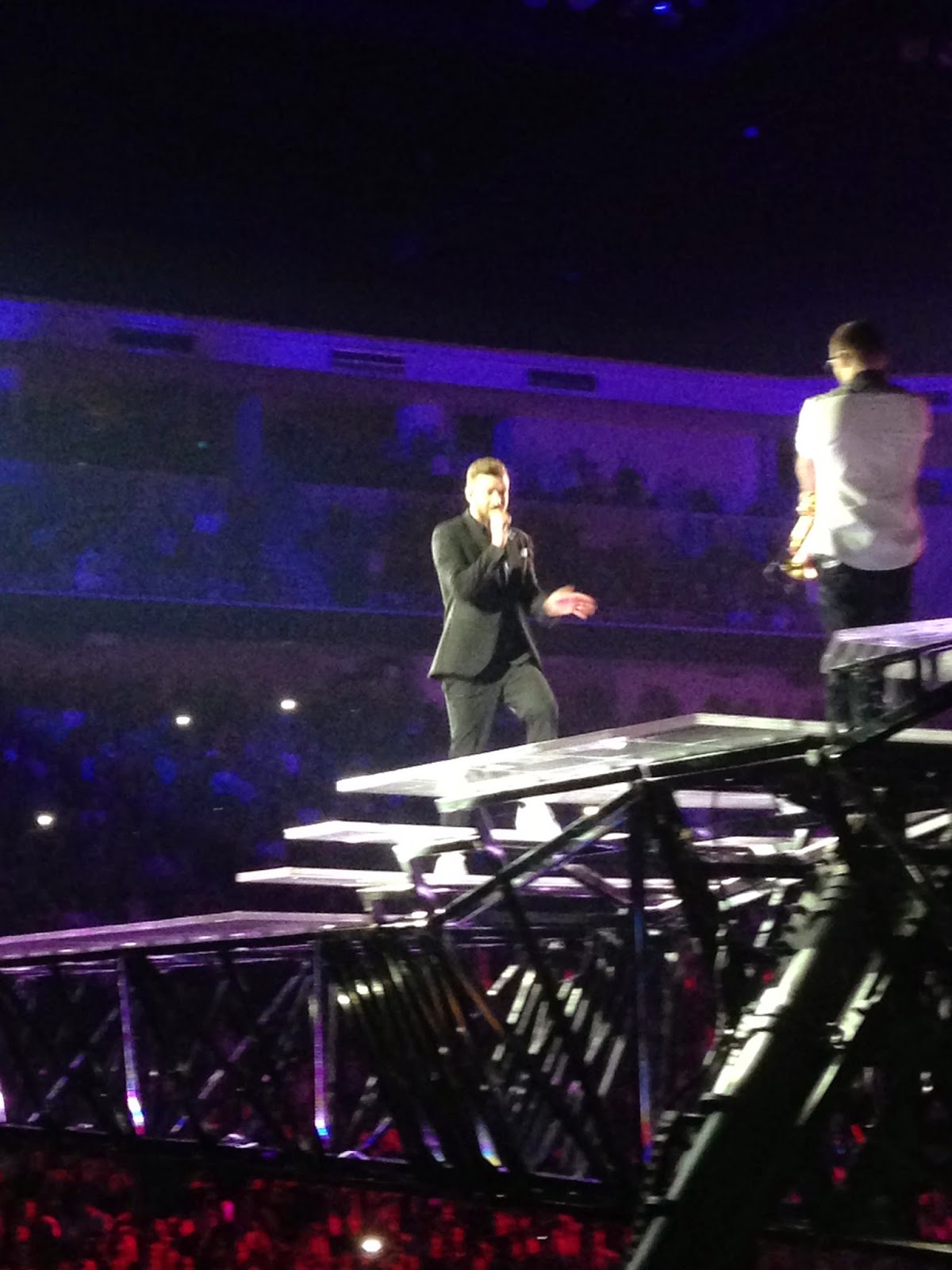 A few thoughts after seeing him for the second time:


I'm so glad that Emily and I went back for round 2!  Now hopefully he'll take some time off to have his baby and then start touring again.  ;)