While we were on Christmas break, the kids (mainly LL) wanted to go to Uncle Bryan's to see his puppies.  They were about 6ish weeks old, and at the really tubby, fun, tiny stage of puppyhood.  We loaded up one afternoon and headed over there to play.  Thankfully, LL understood before we went that we were not getting another dog.  Because Uncle Bryan was really trying to talk her into it and she adores animals.  But we did not come home +1.  :)

Is this not the cutest thing you've ever seen?  My best girl + a tubby puppy! 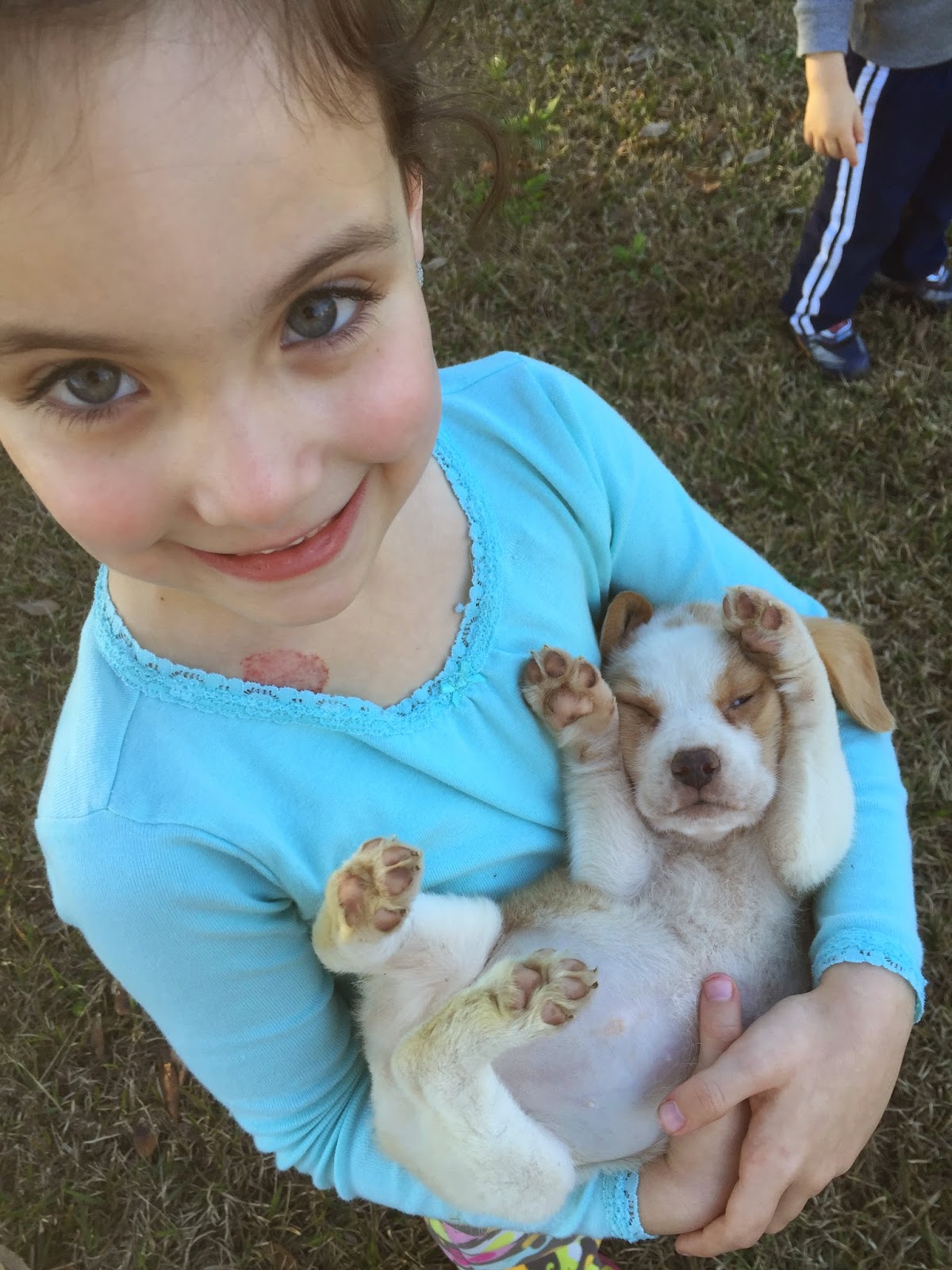 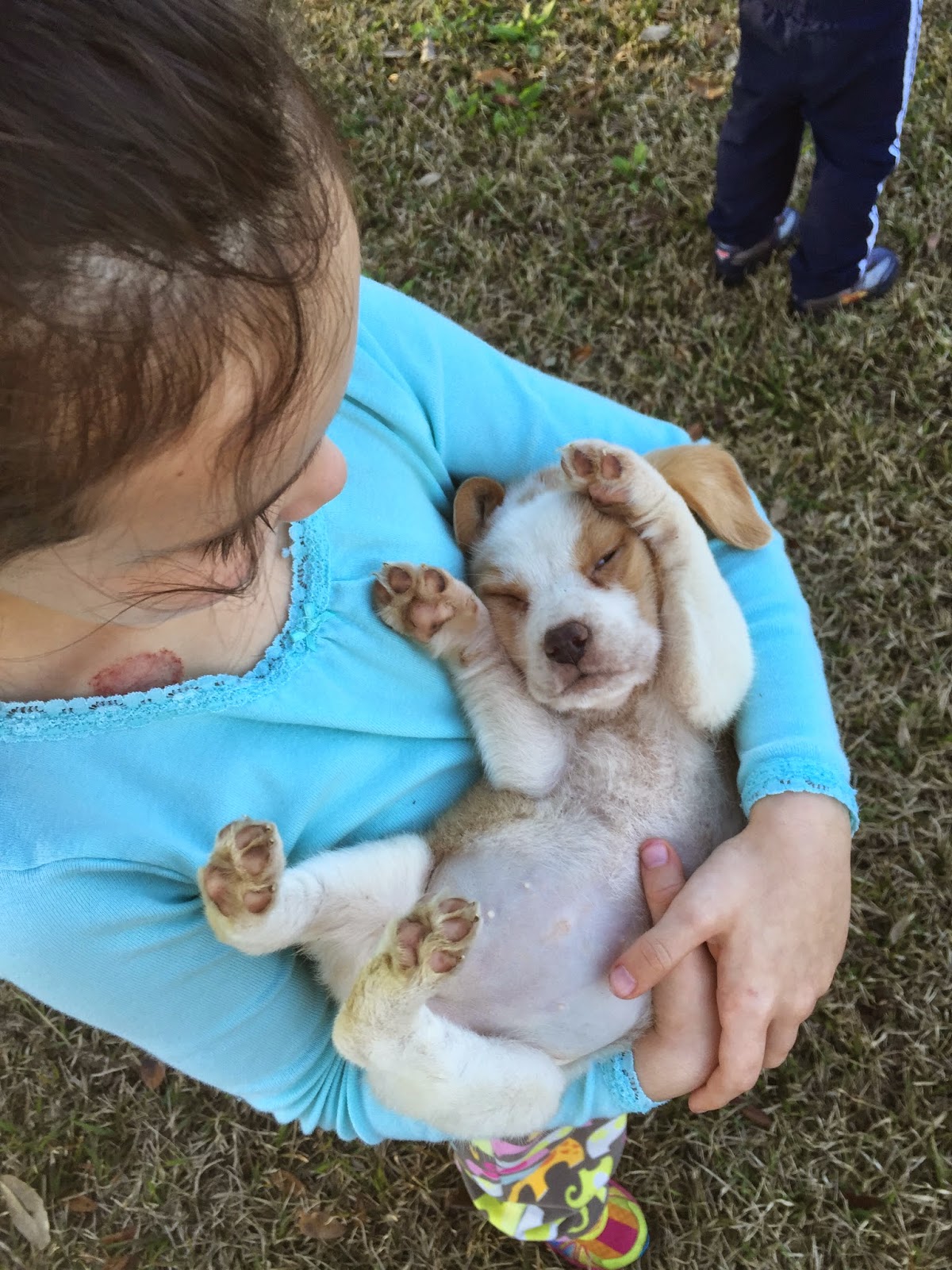 She was so happy! 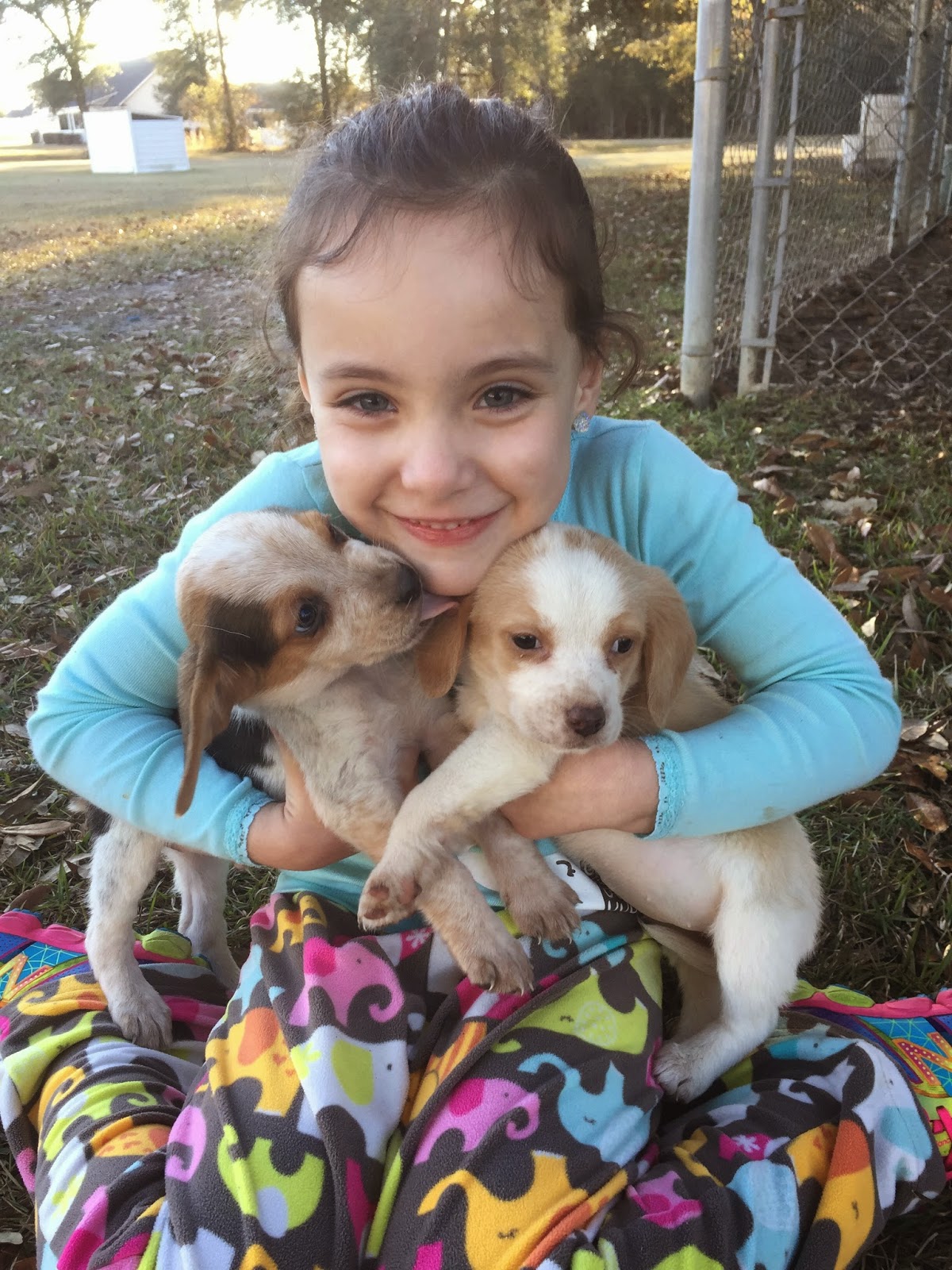 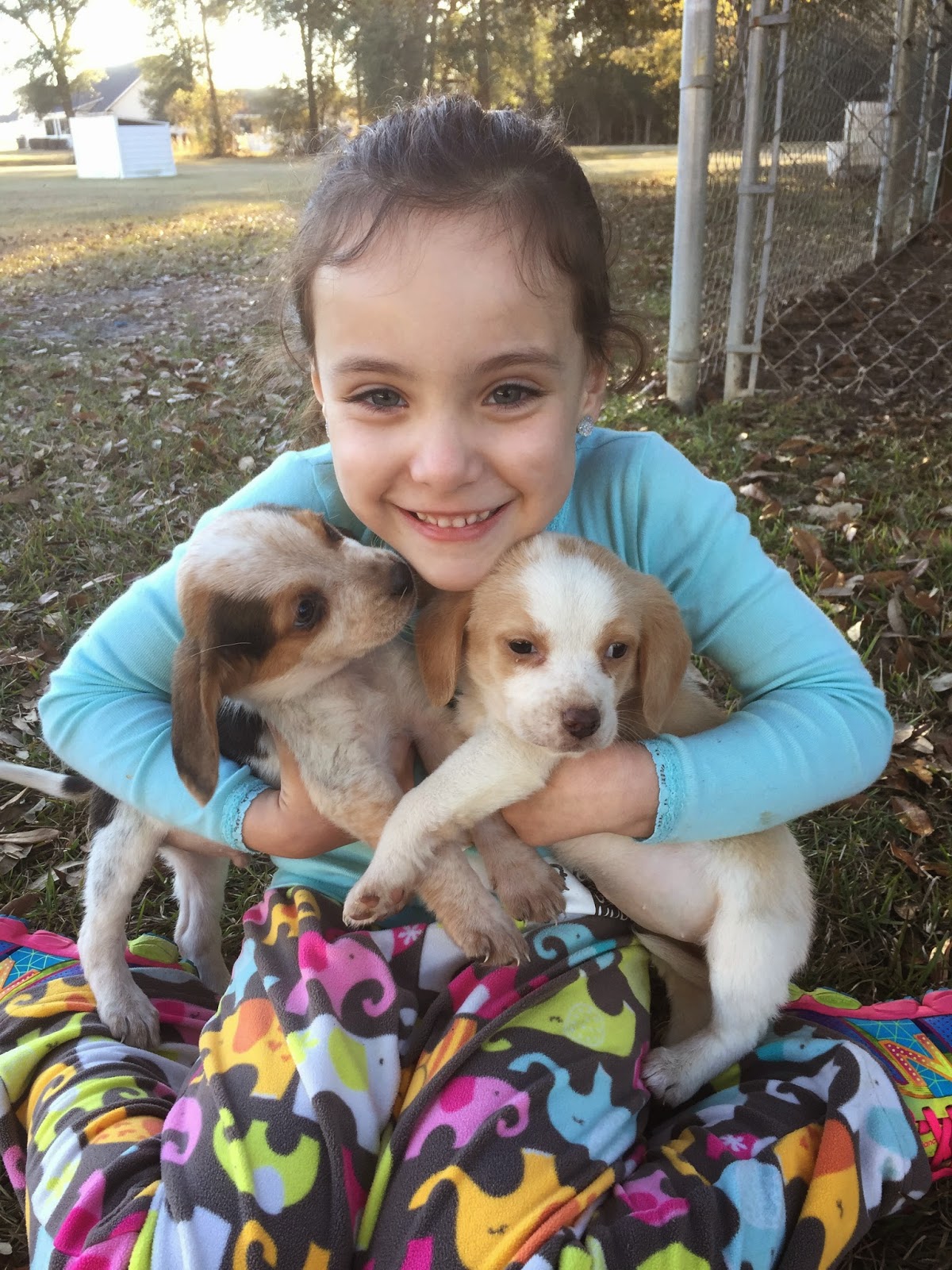 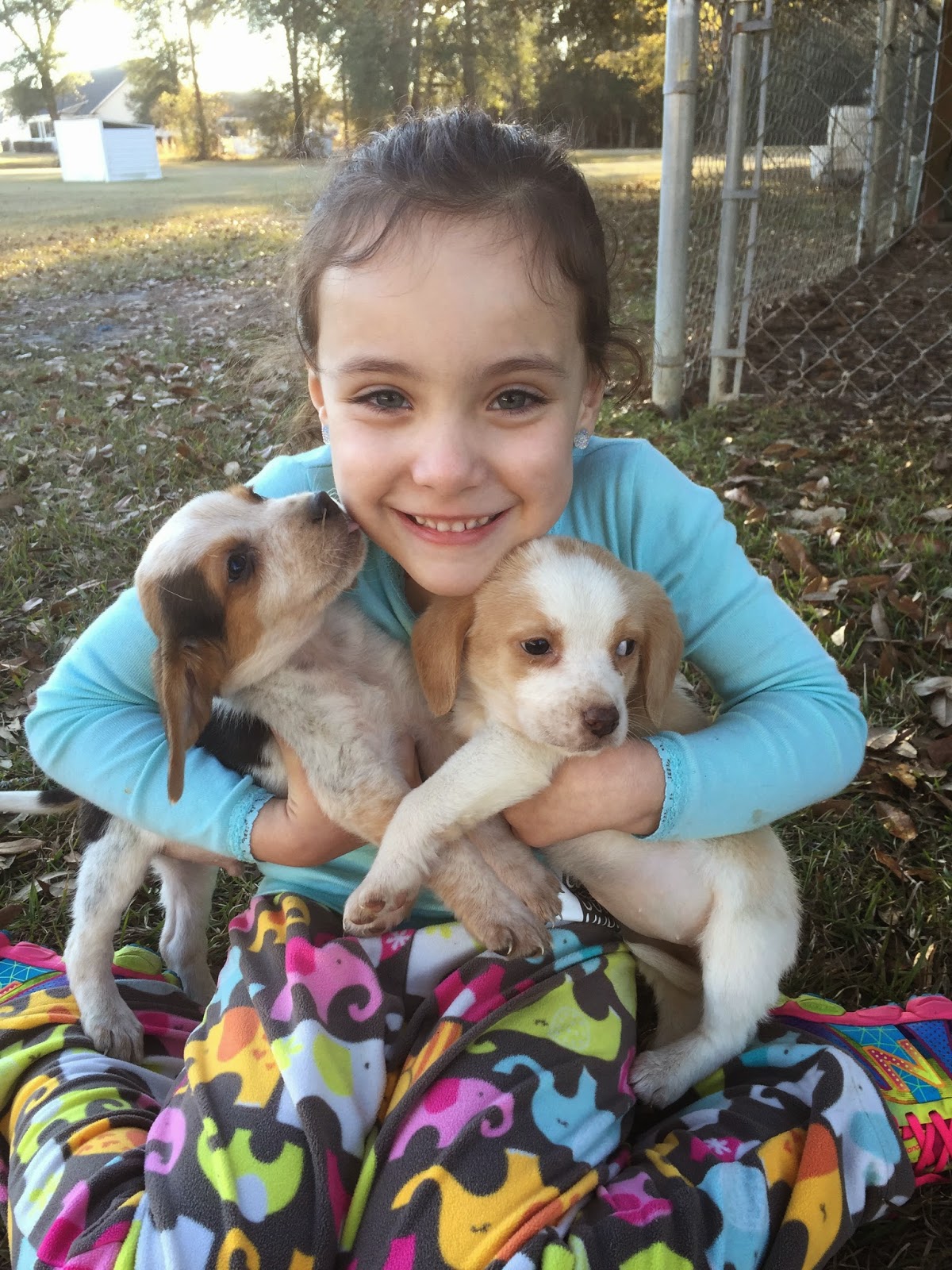 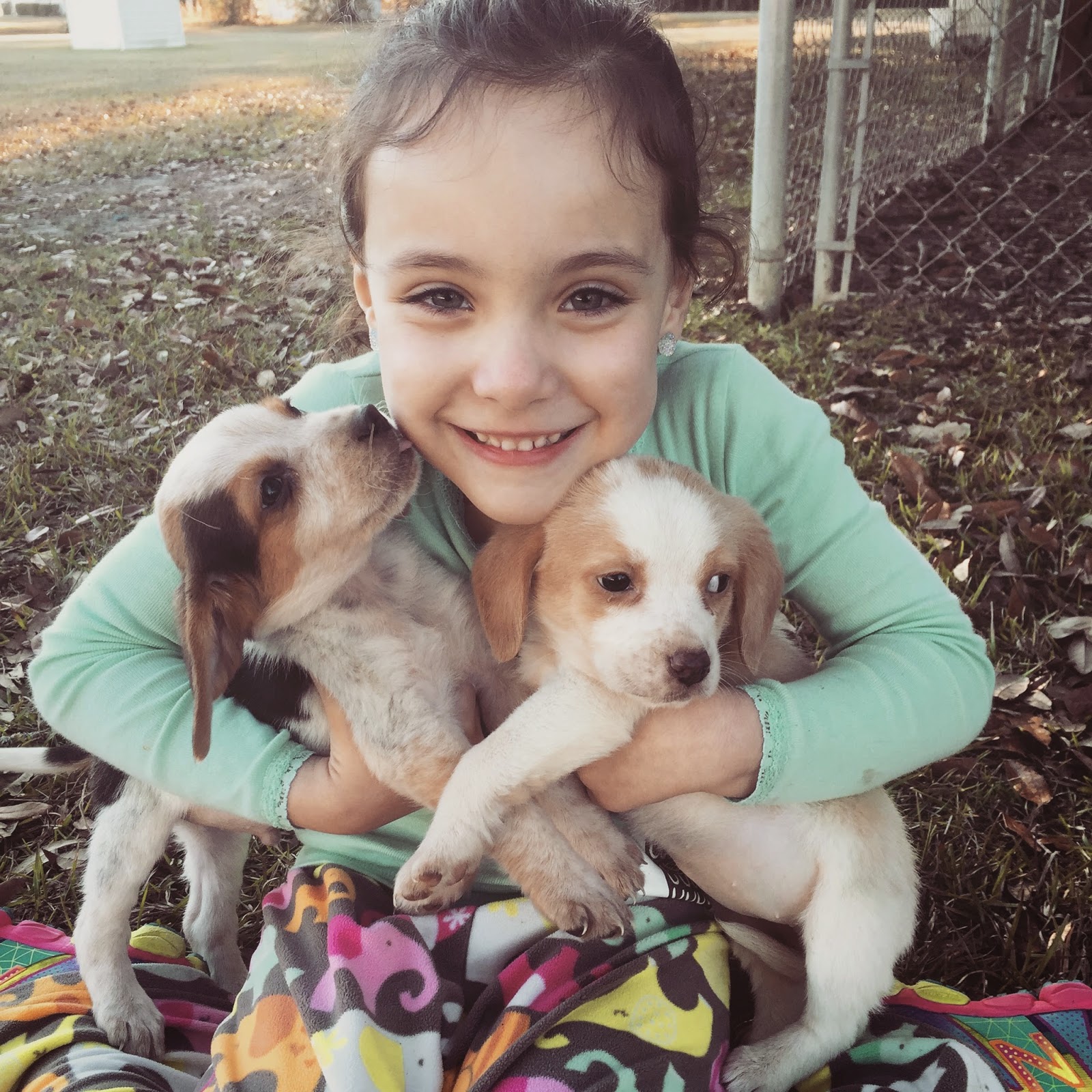 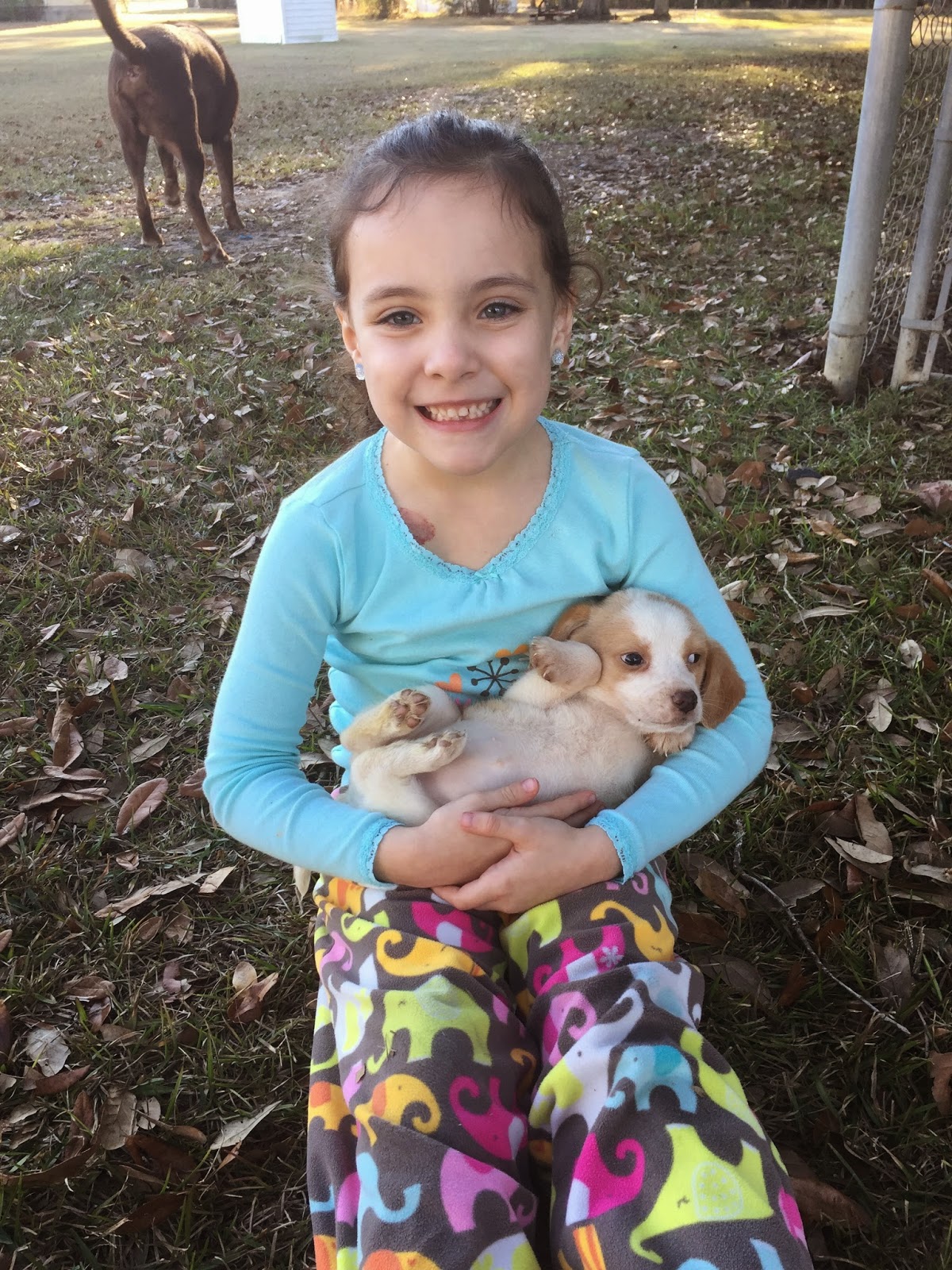 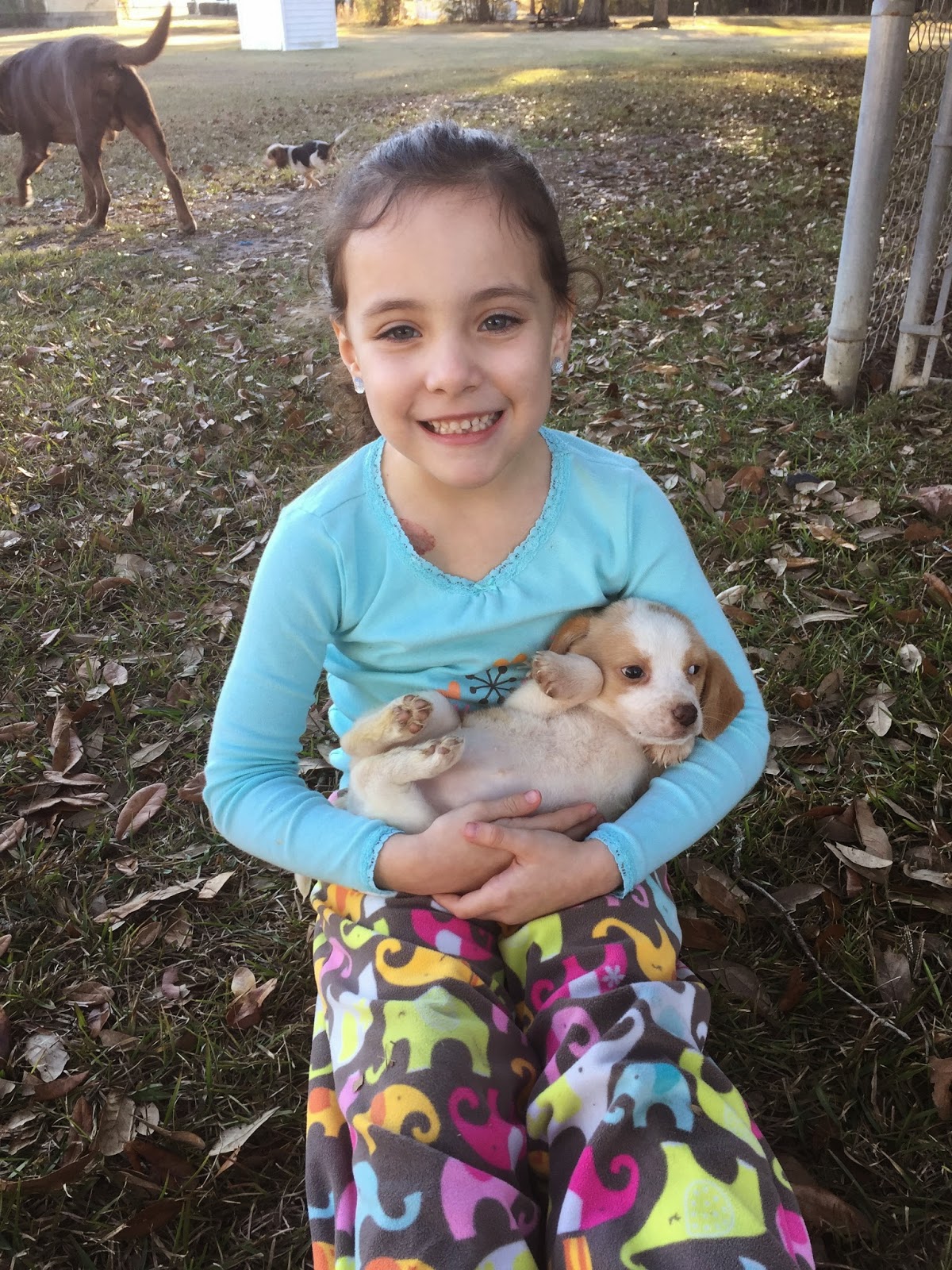 Cooper was a little bit interested in the puppies - but he was way more interested in climbing the fence and hanging out with Uncle Bryan. 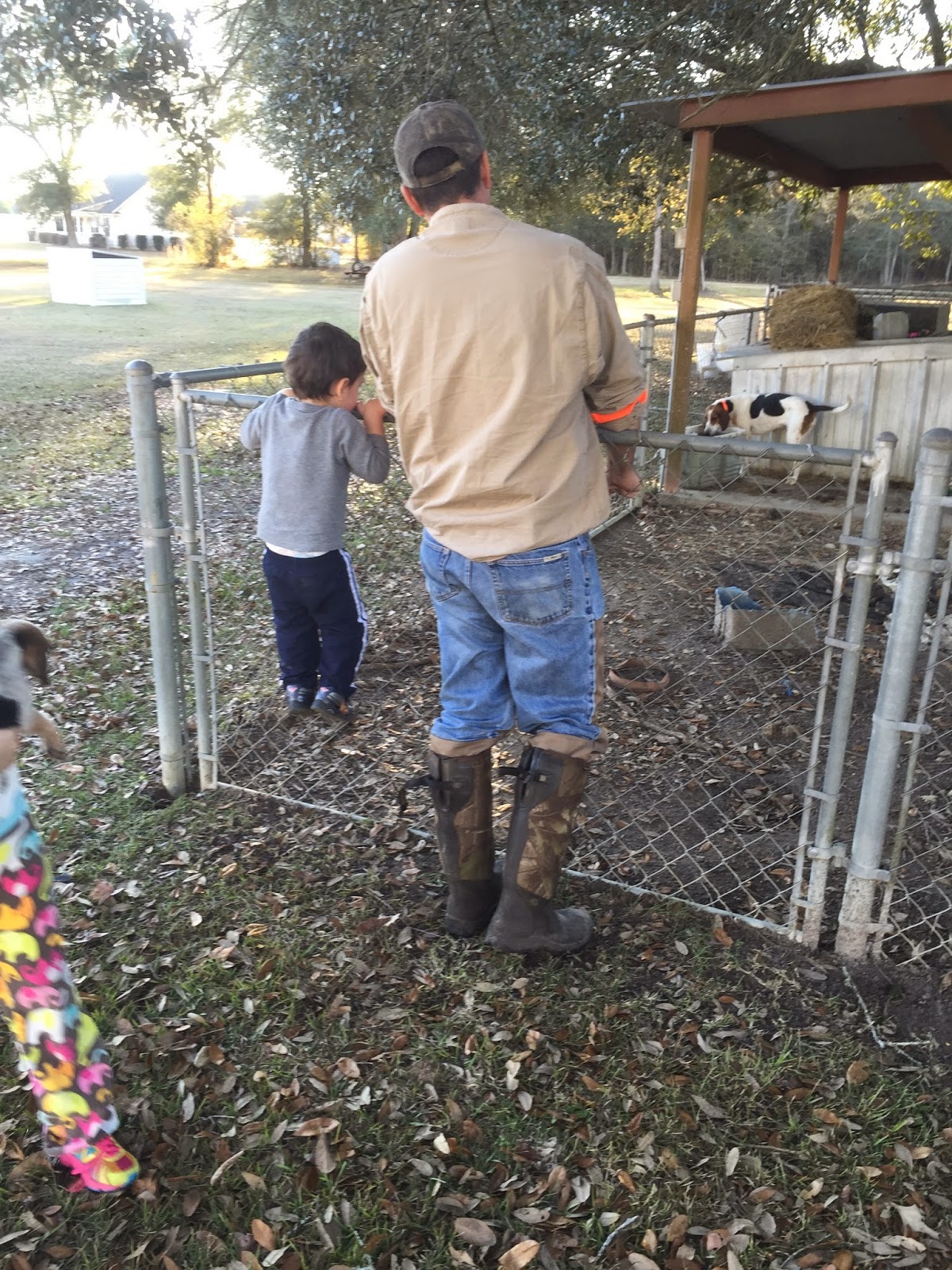 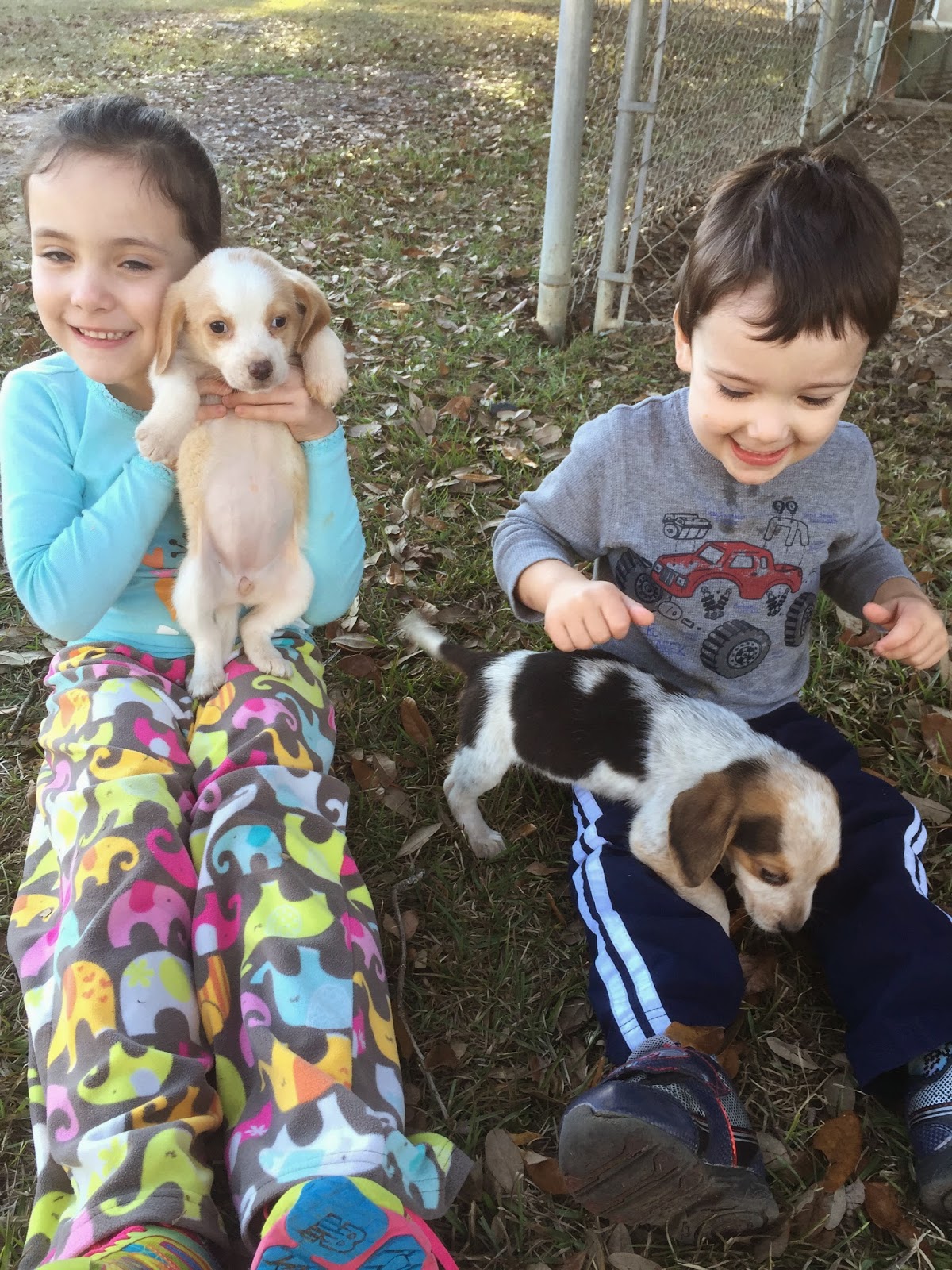