Being that Cooper has a middle of the summer birthday, he will be having a pool party until he's old enough to say that he doesn't want one.  It is just so hot this time of year that there's really no better option.  This year, we did his party the week before his birthday to put it further away from the 4th of July.  I just like having it as far from a holiday as we can.

So even though we knew it would be a pool party, I still wanted to do a "theme" that Cooper would like.  For his party last year, I just went with something cute since it was his first birthday and he could really care less.  This year, I wanted something we knew that he would like.  When thinking about it, what was the one thing we all instantly knew he would love?  Anything to do with vehicles.  He is obsessed with anything that moves, beeps, rolls, or flies.  That's how we ended up with a Construction Theme pool party!  I also knew that I didn't want to go as "all out" as I did last year.  It was exhausting and expensive!  I still wanted it to be cute, but I just didn't go overboard.


The invites we sent out!  They didn't turn out in the quality that I would have liked, but I think it had more to do with my printing than the image that was sent to me.  I got them done from this etsy store. 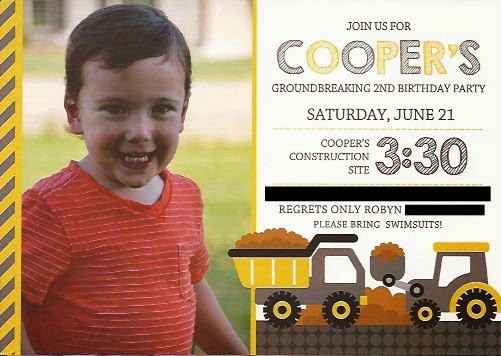 While Laura and I decorated, Matt went ahead and pre-grilled the burgers and dogs! 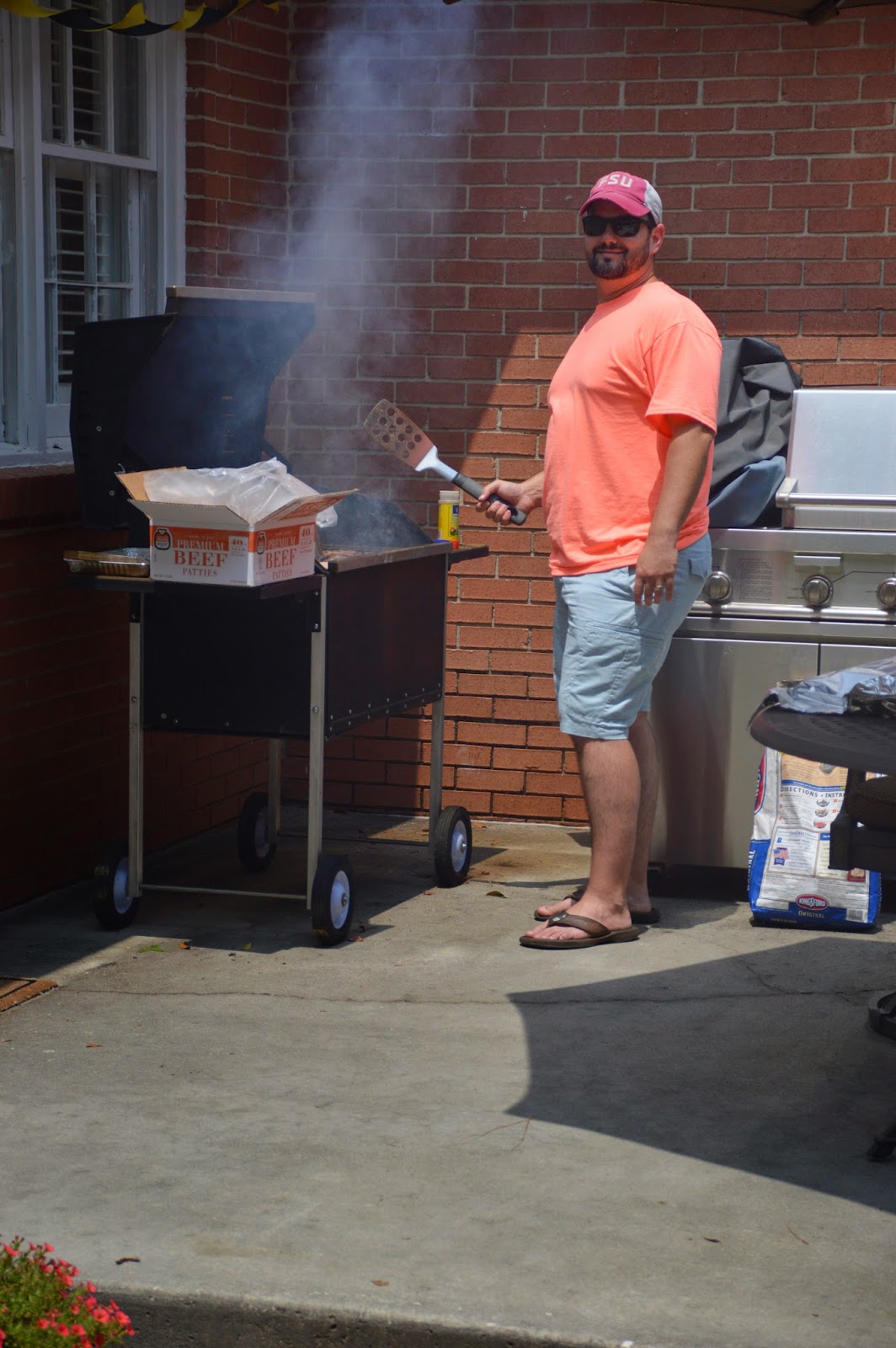 The pool set up! 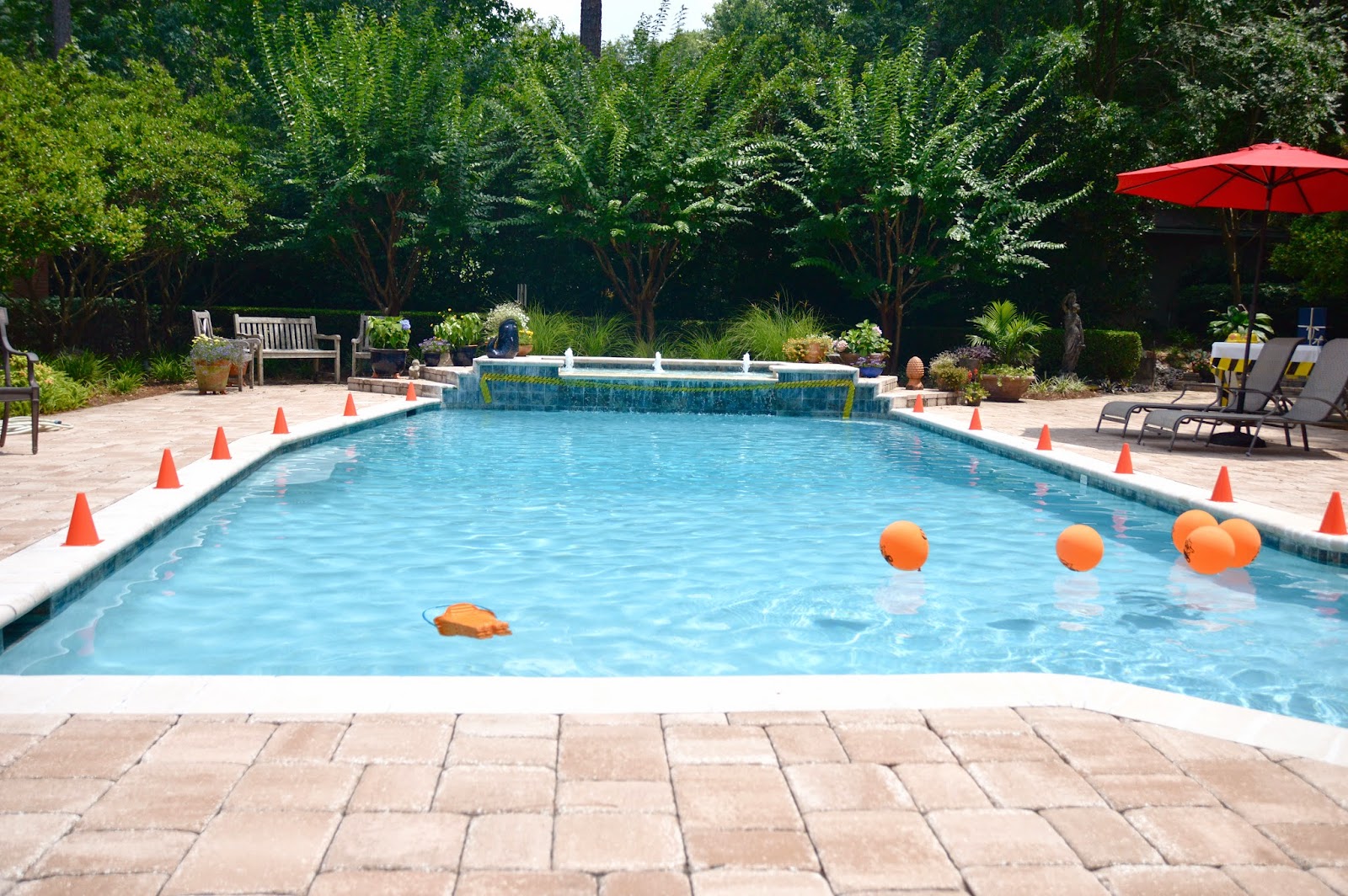 The cones around the pool came from amazon, and I found the balloons at Hobby Lobby. 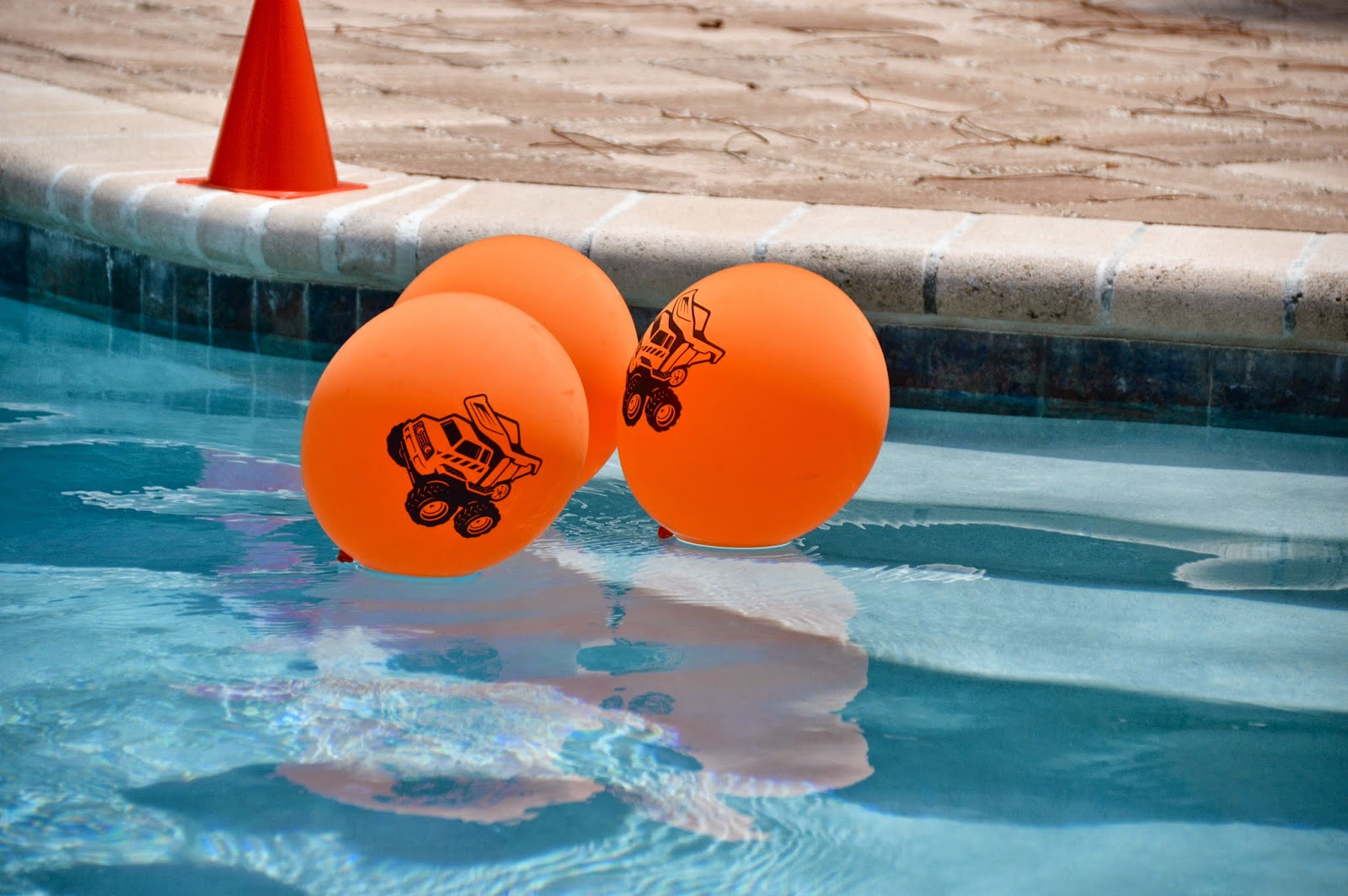 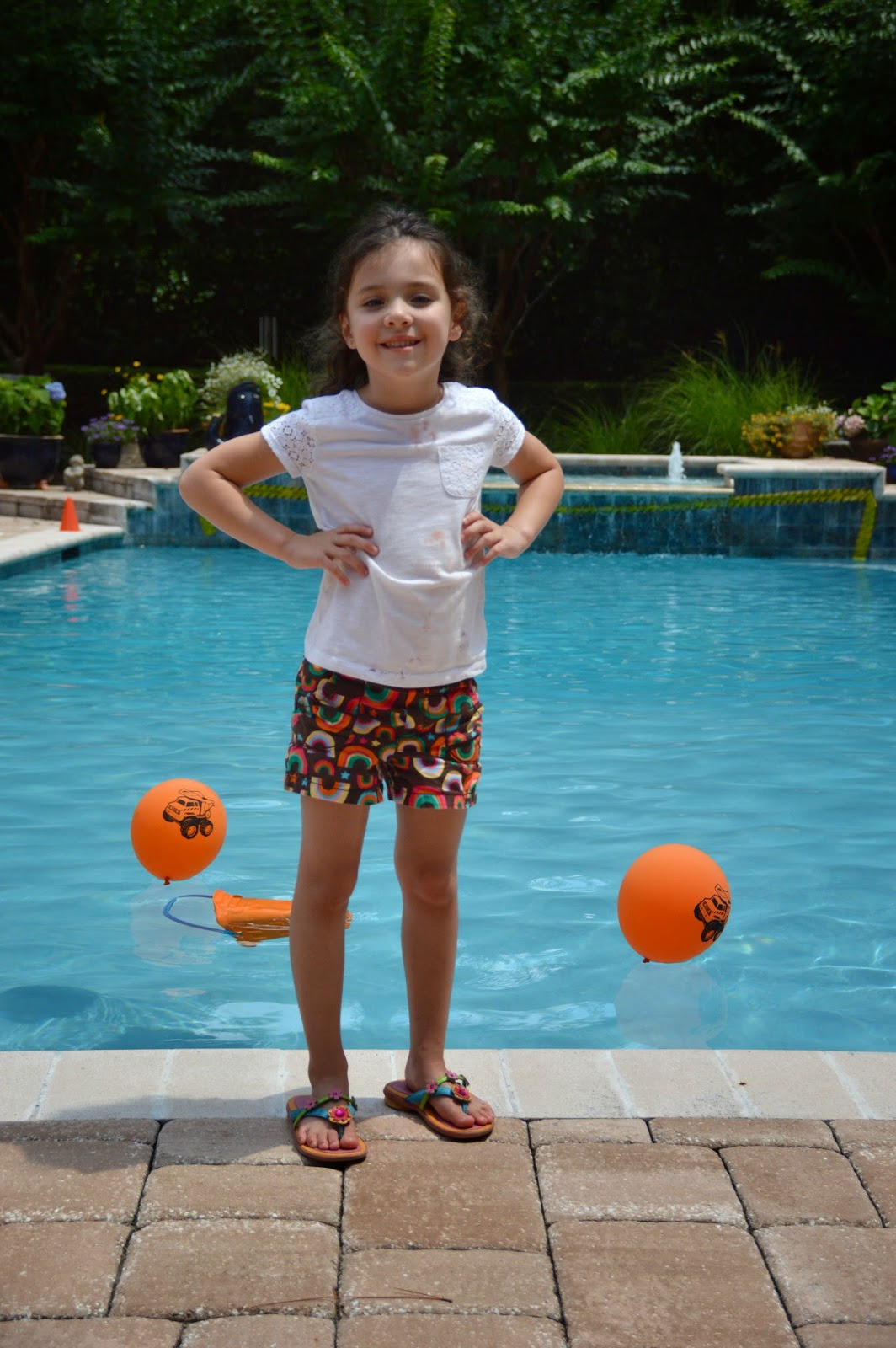 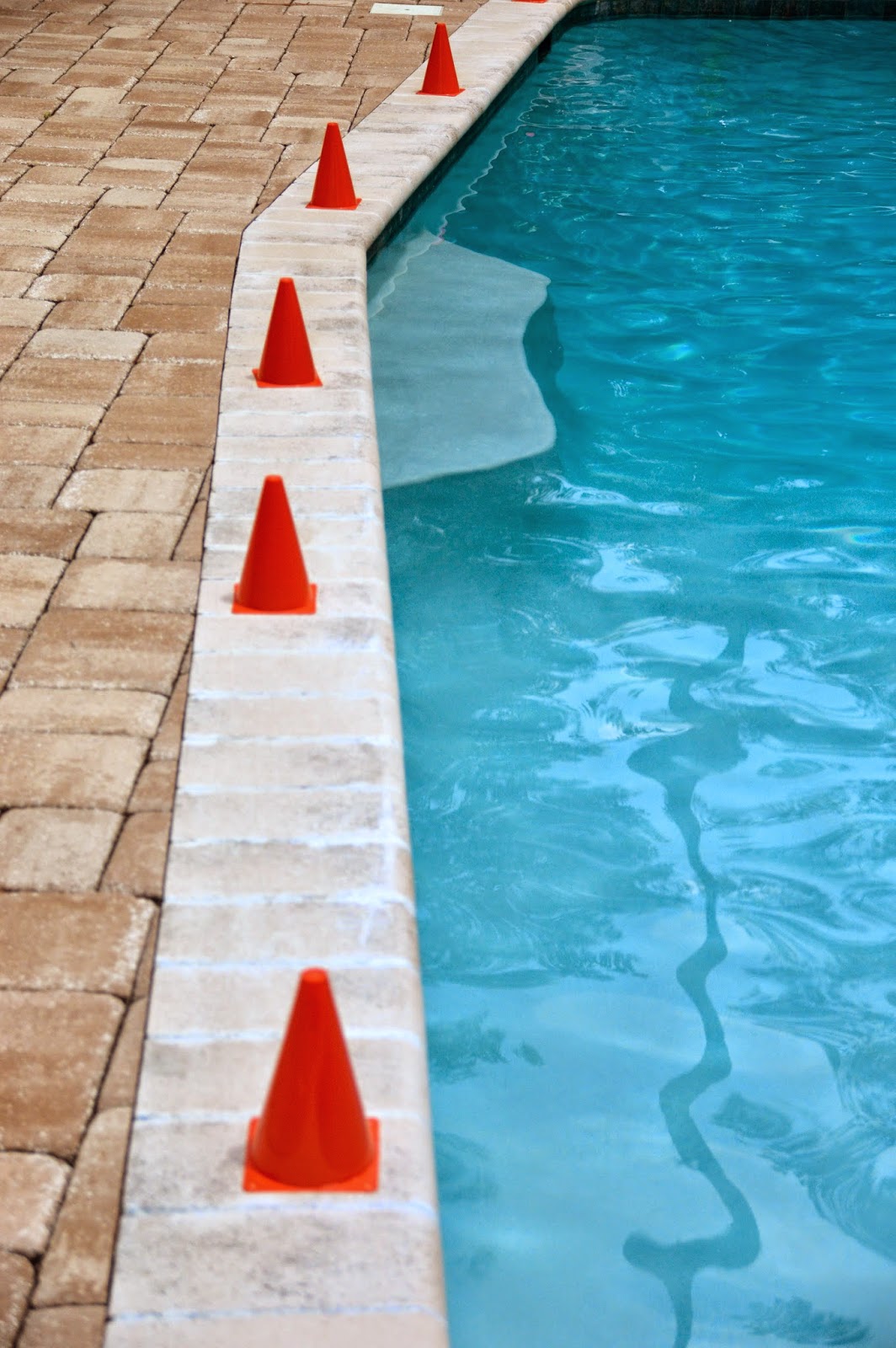 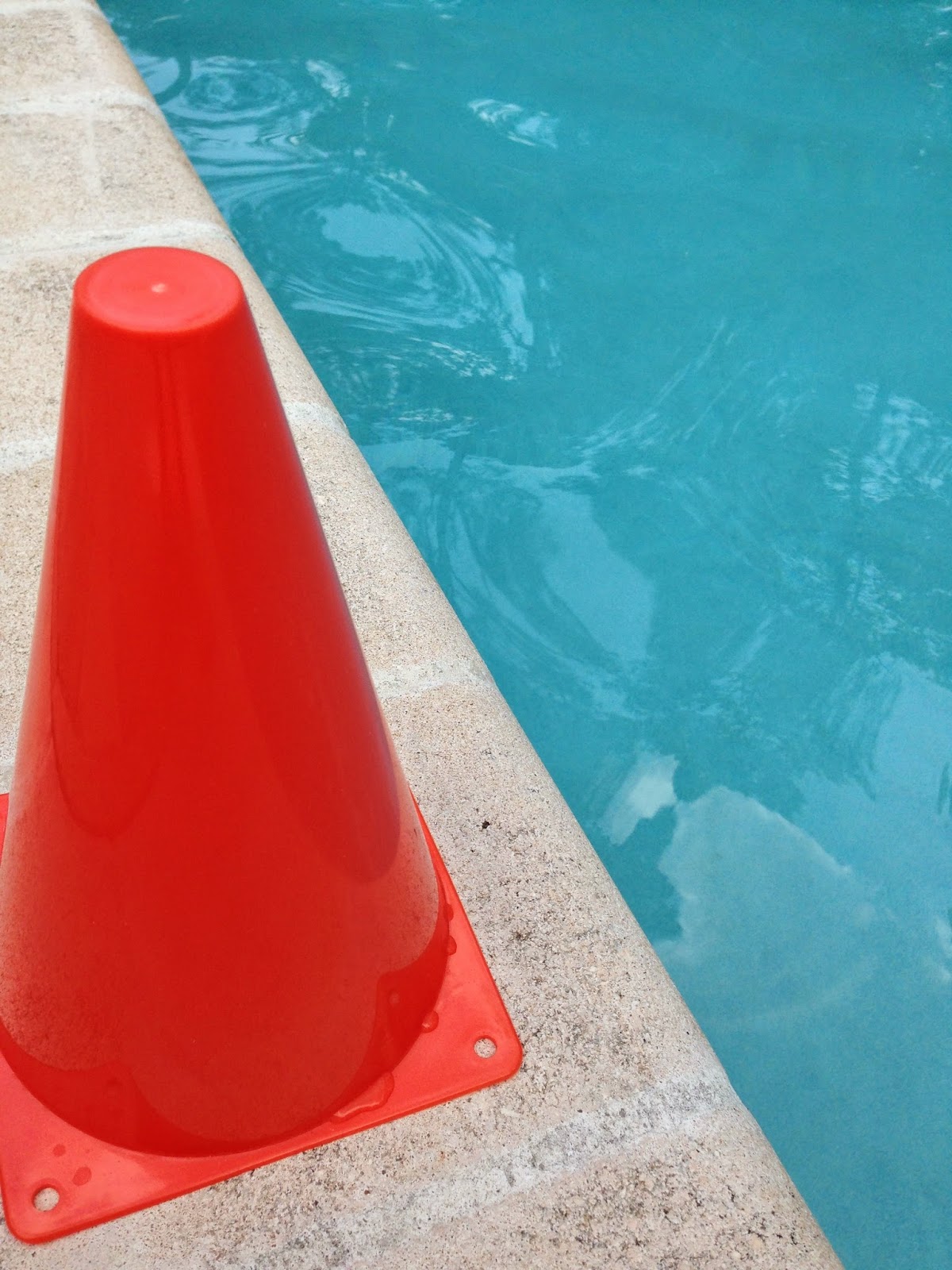 This birthday zone construction tape was also from amazon. 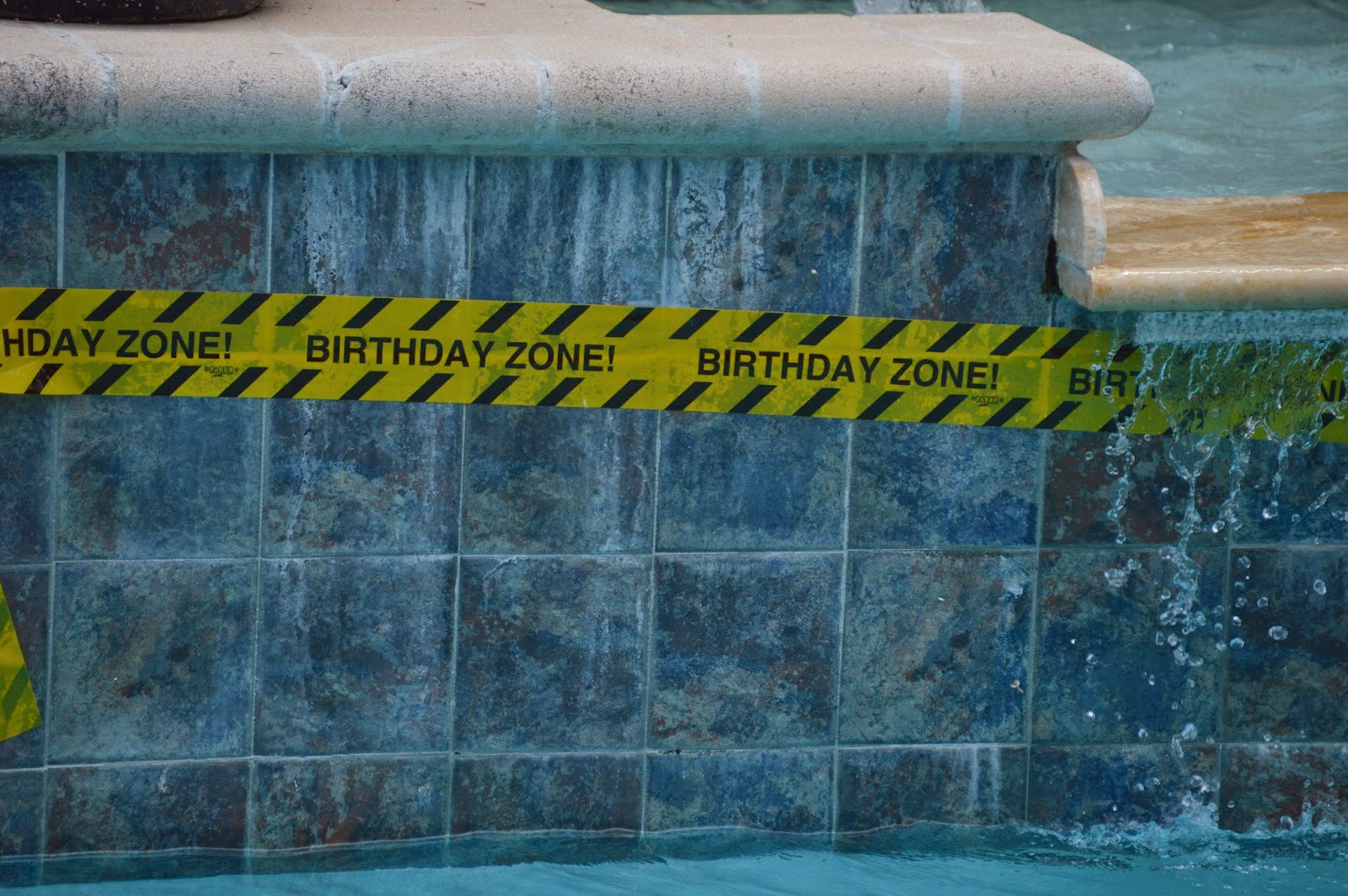 All of these decorations I found at Hobby Lobby. 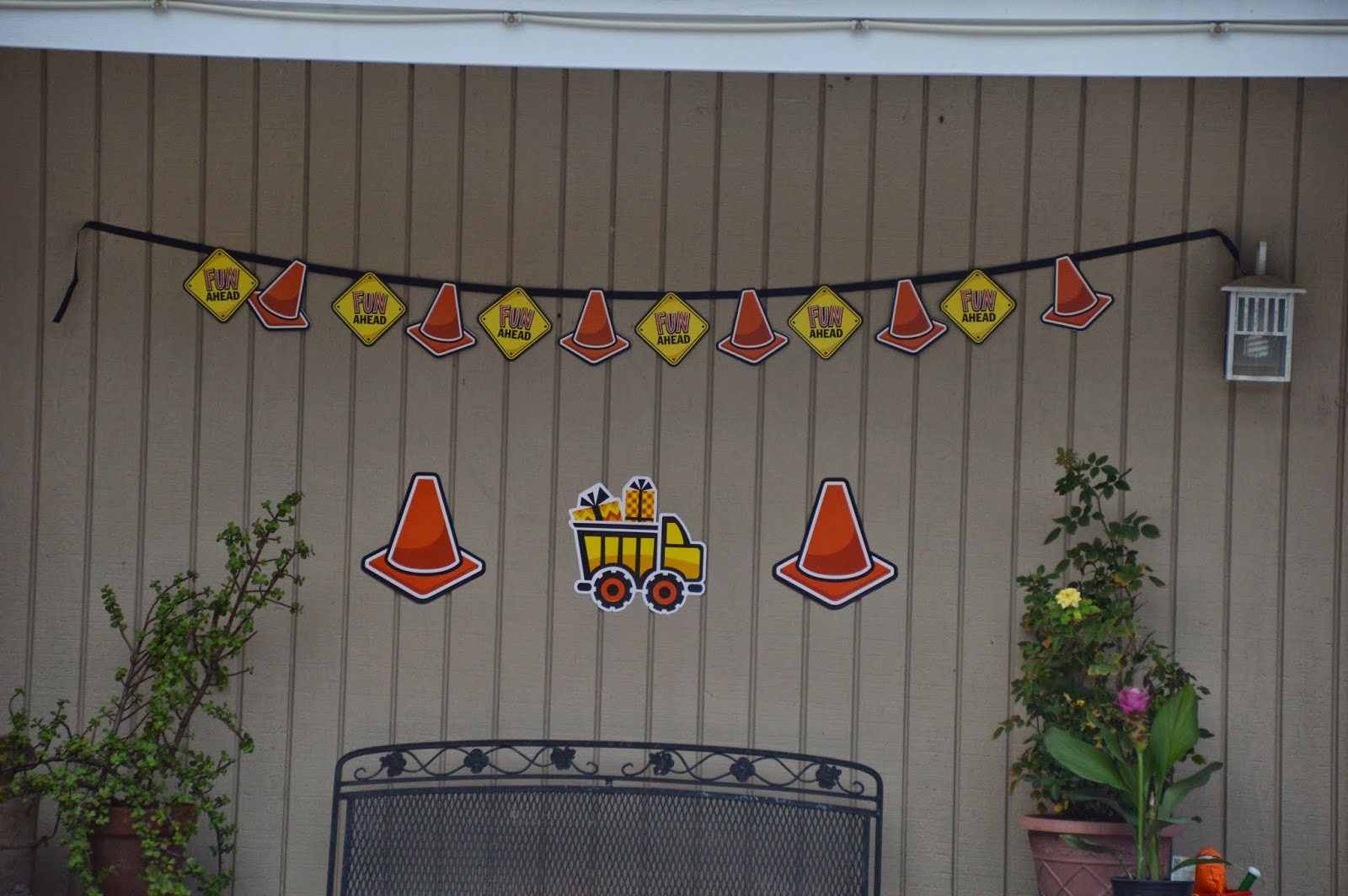 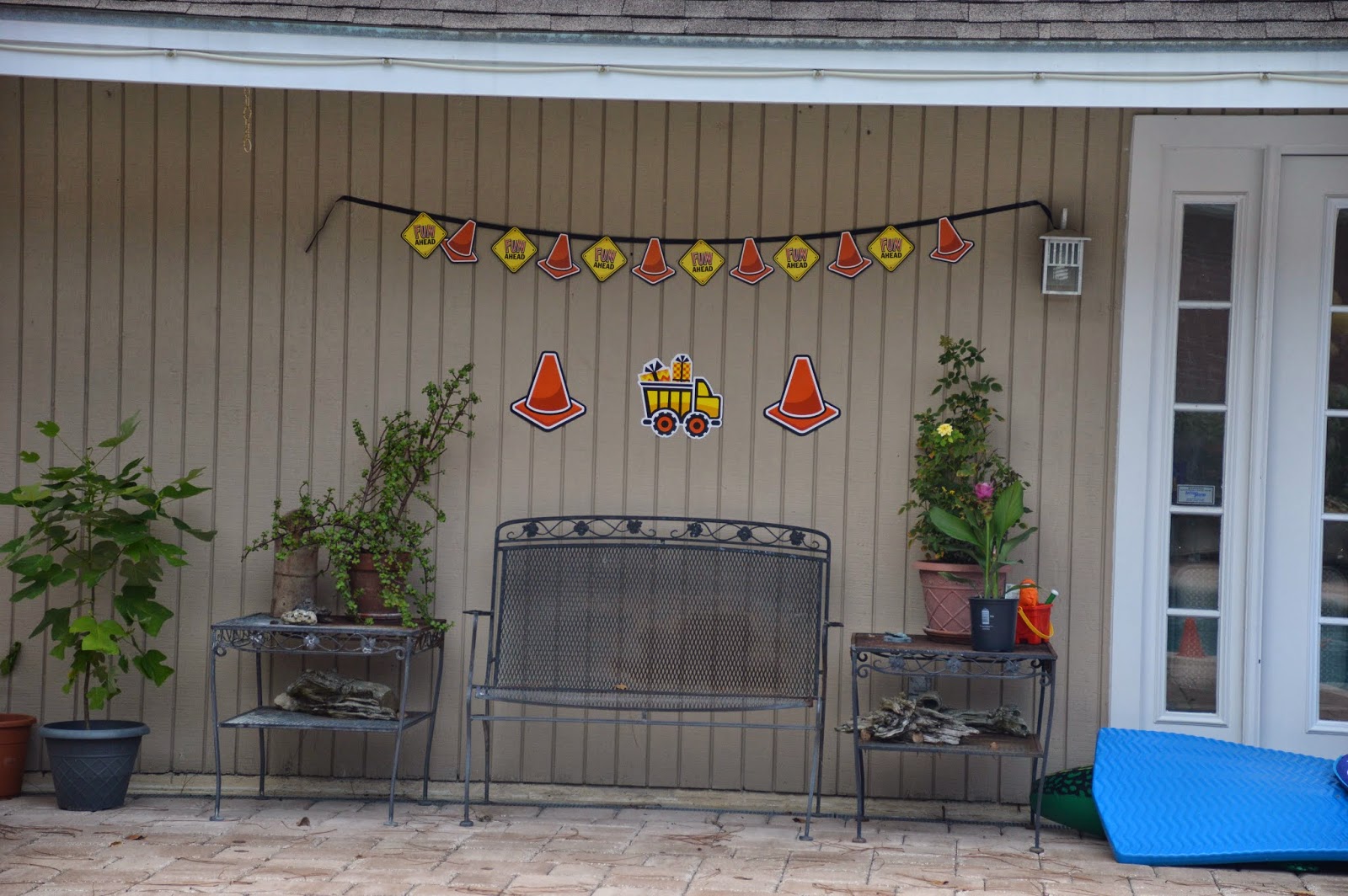 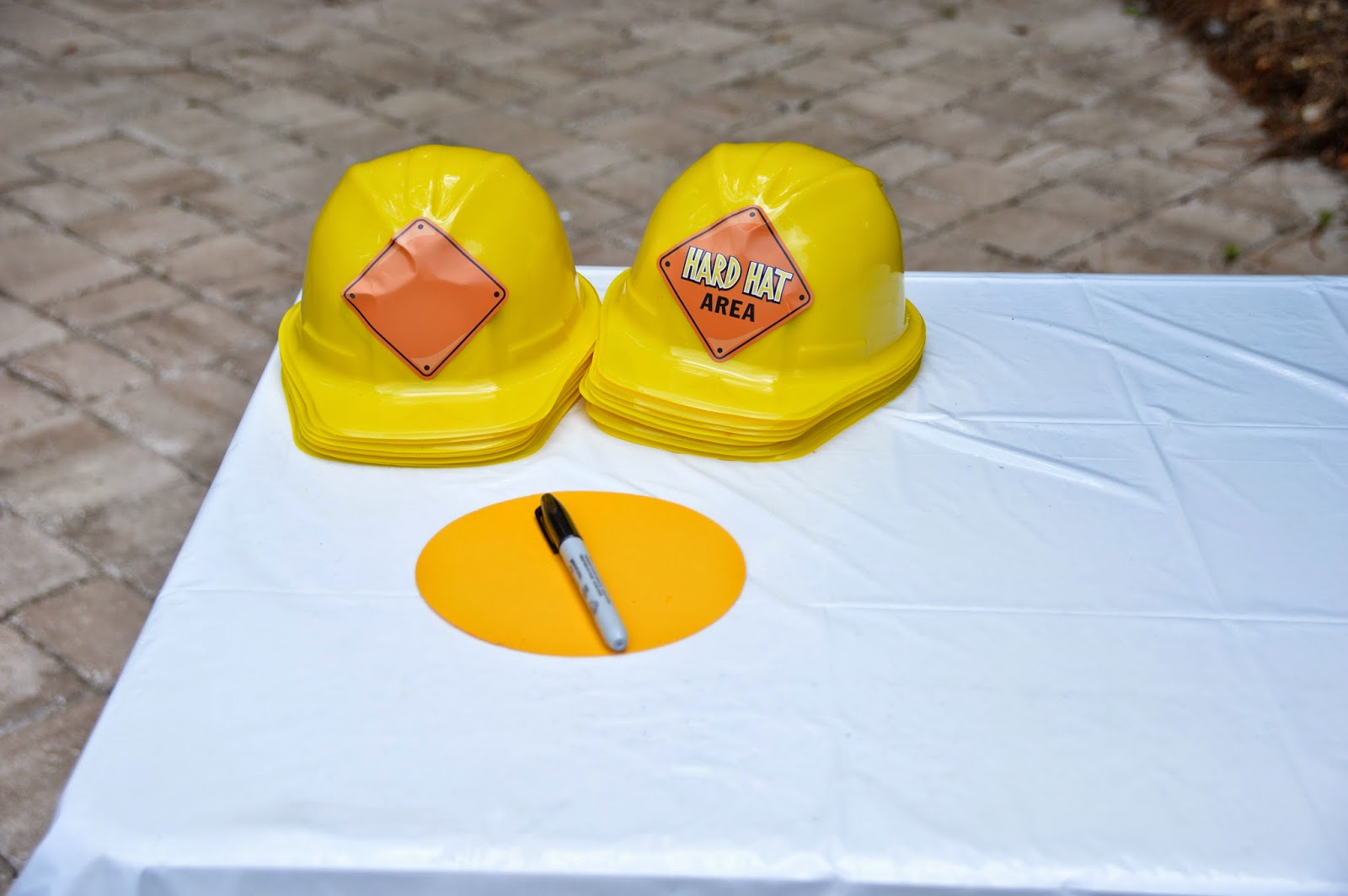 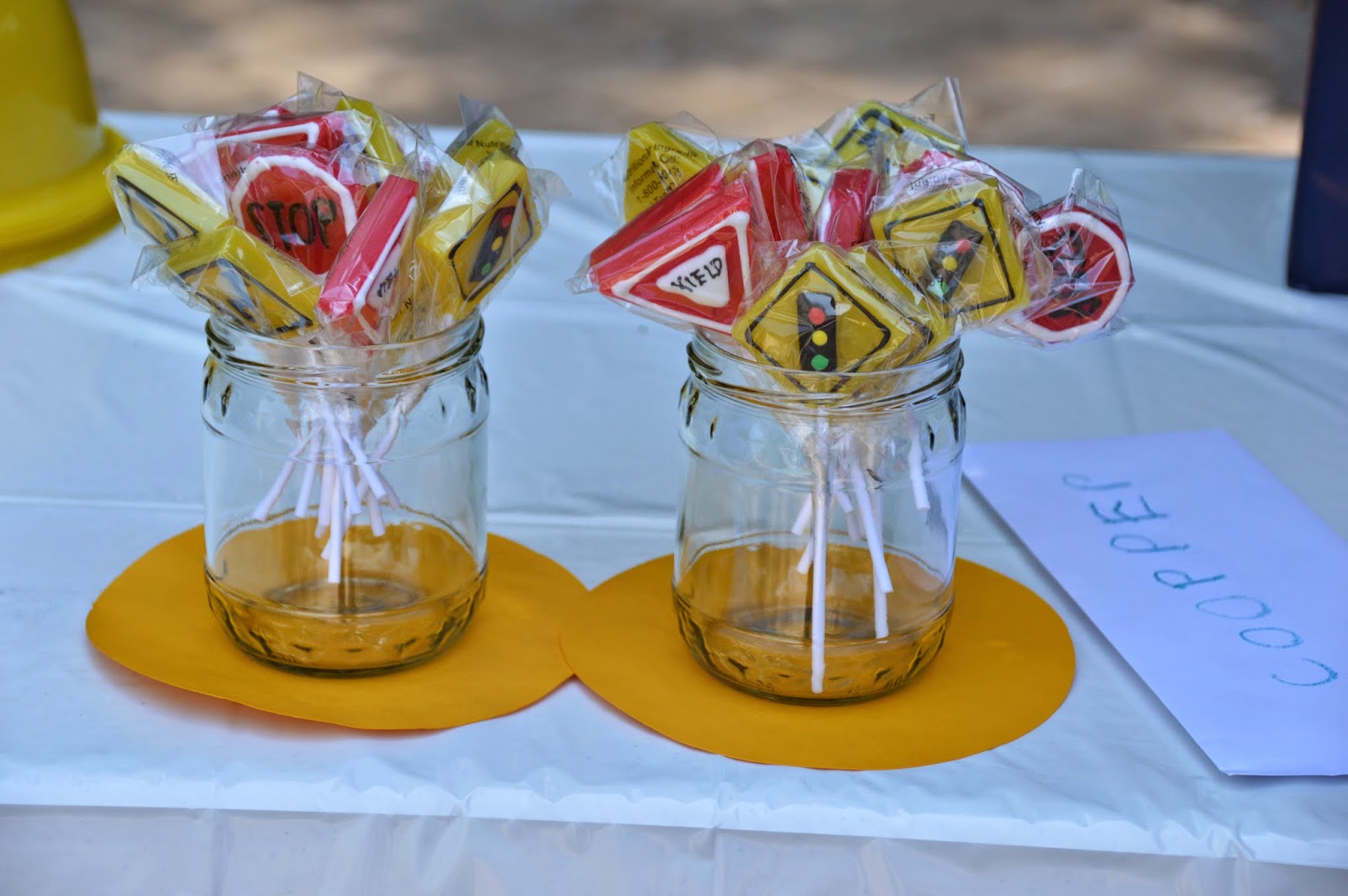 Gift table and favor table set up!
Table cloths were from Oriental Trading. 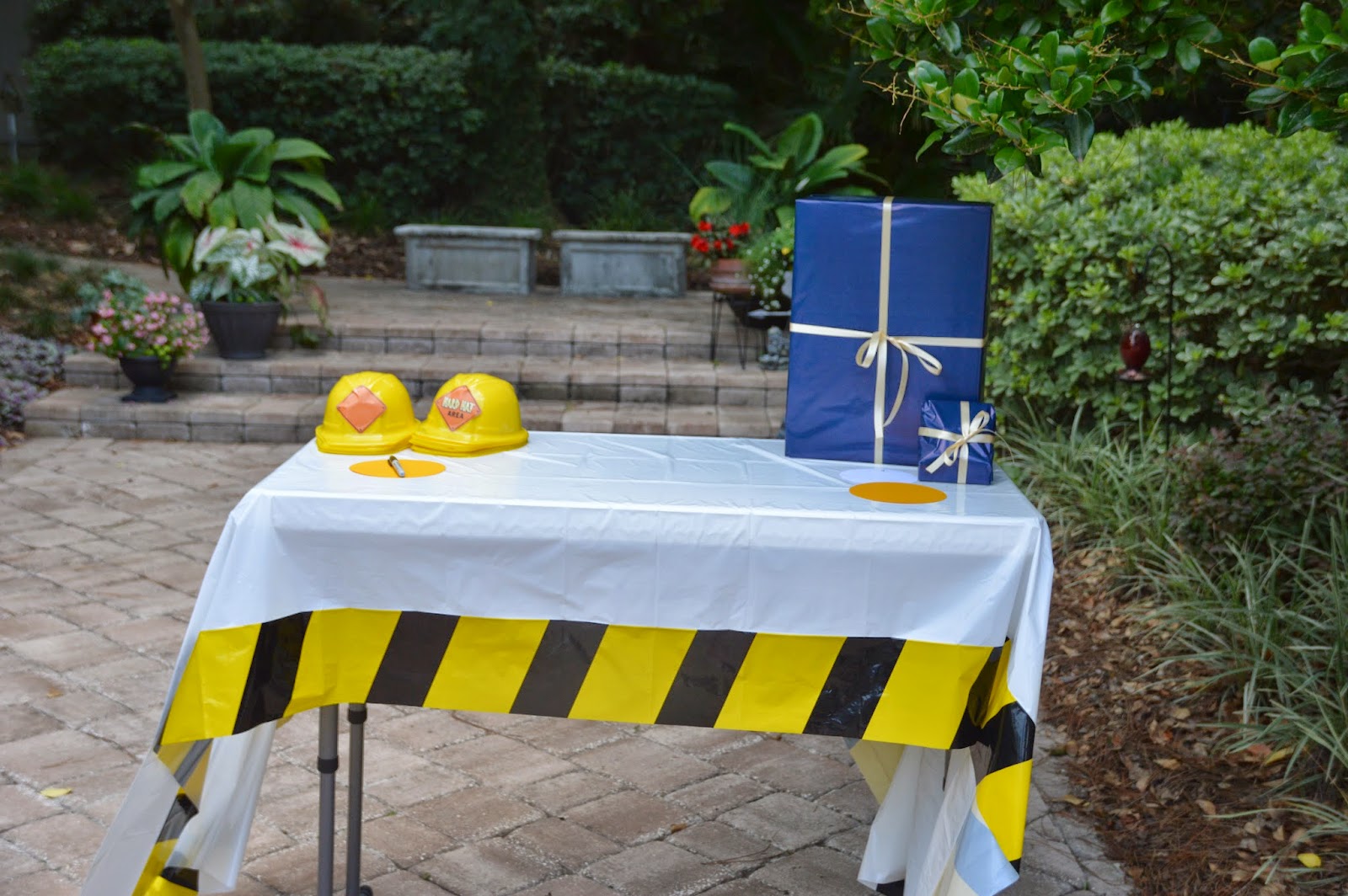 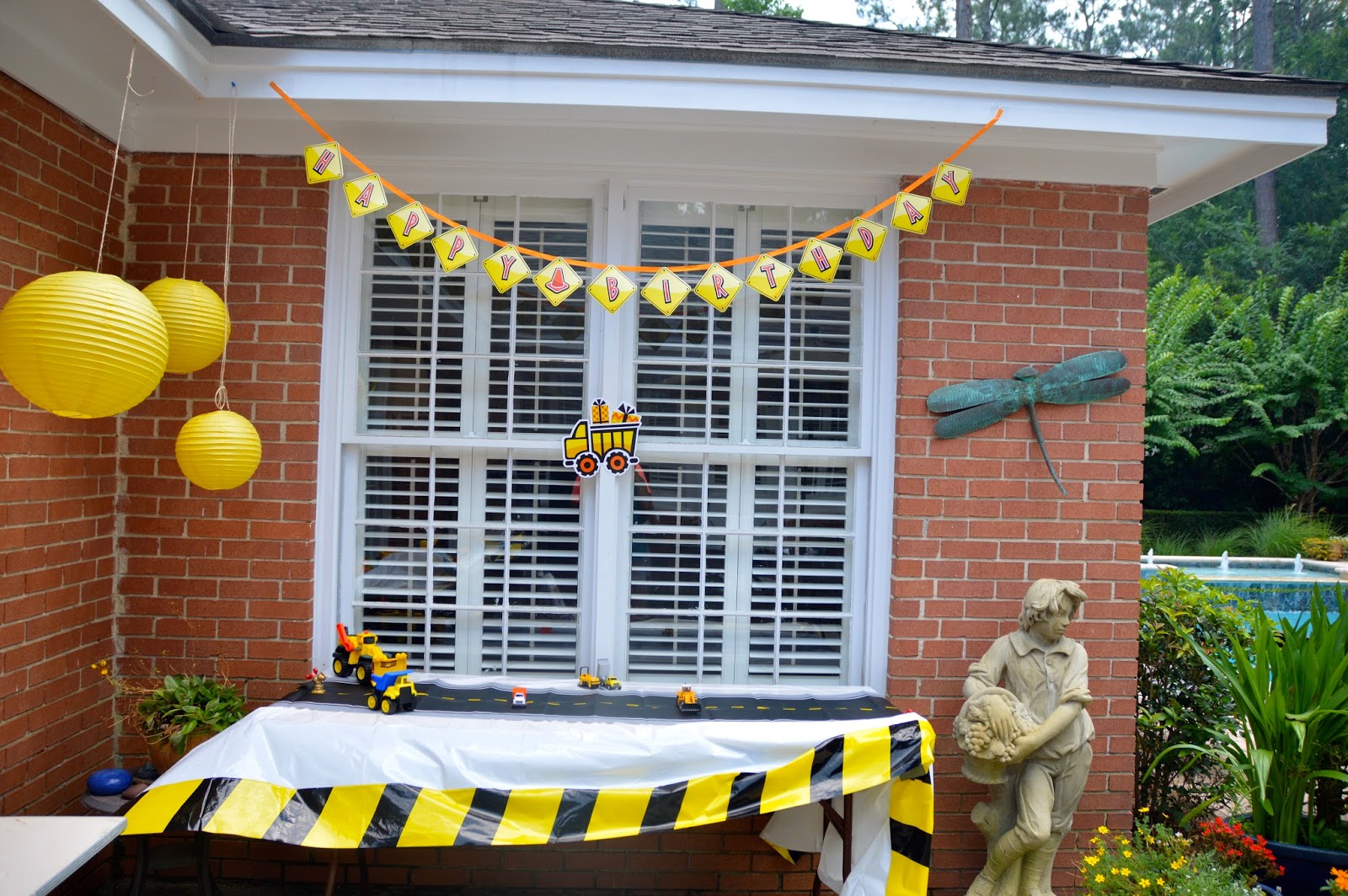 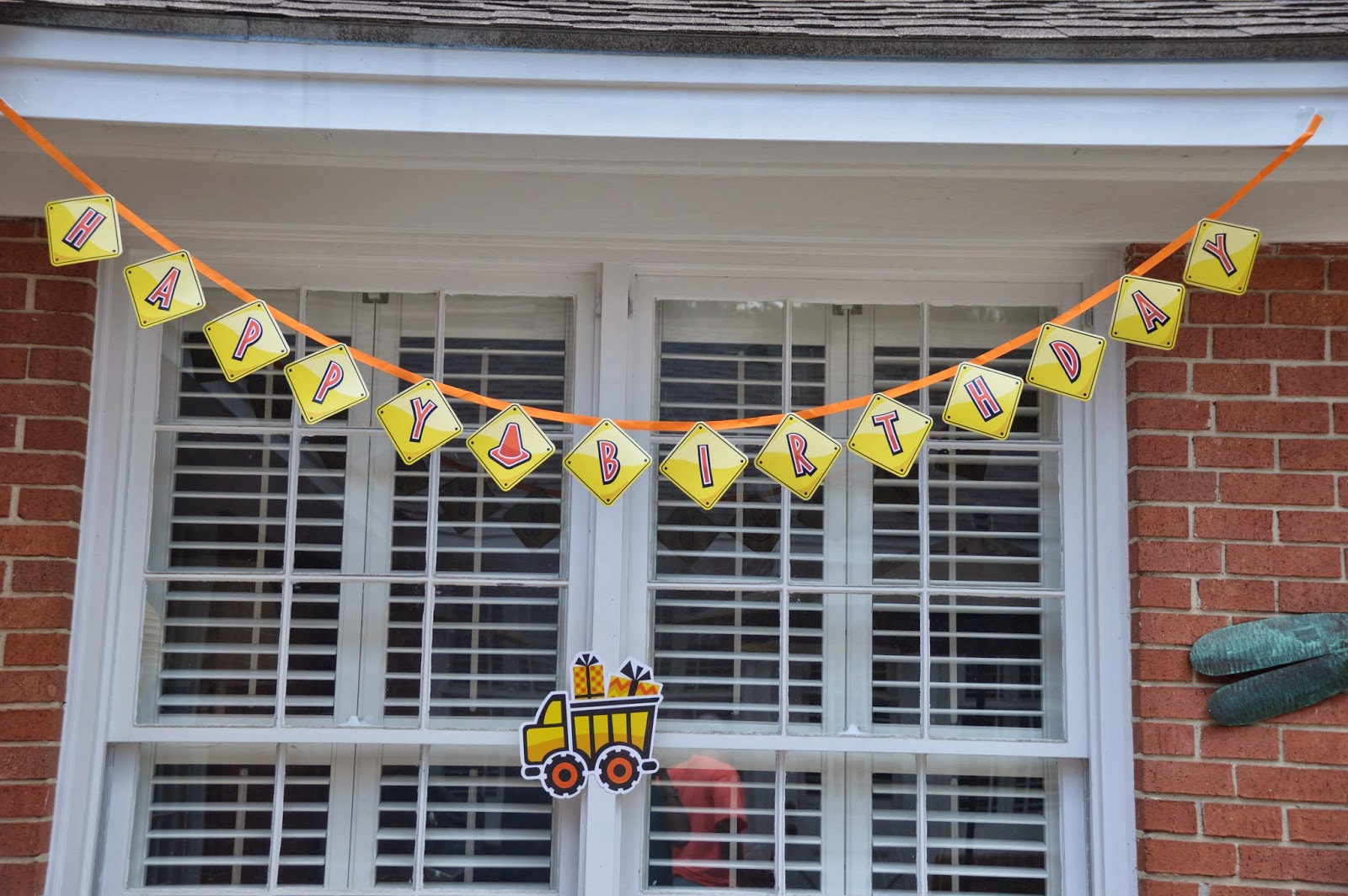 We had the yellow Chinese lantern left over from LL's Tangled 3rd birthday party (which I'm still pretty sure is the best party I've ever done). 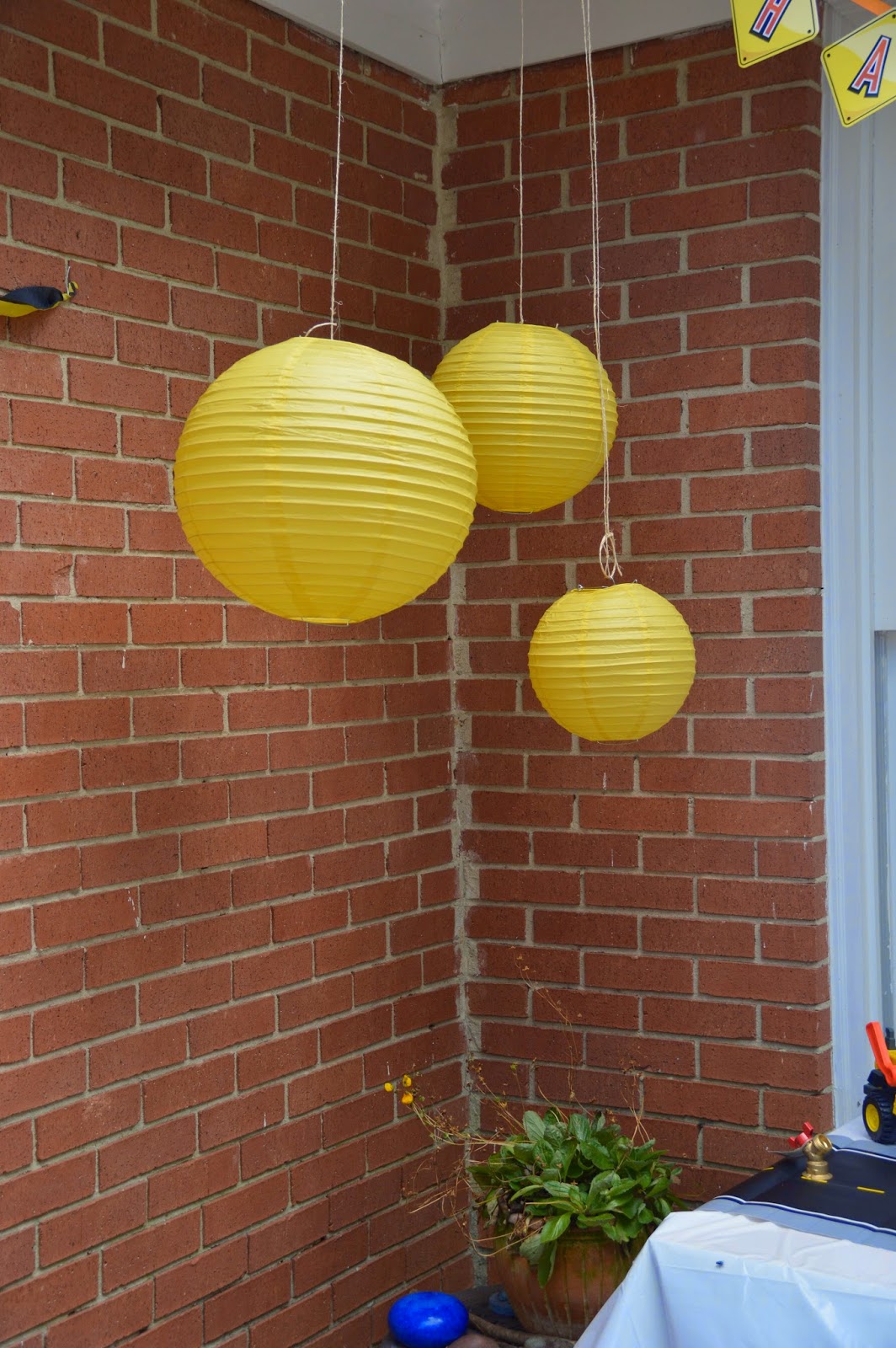 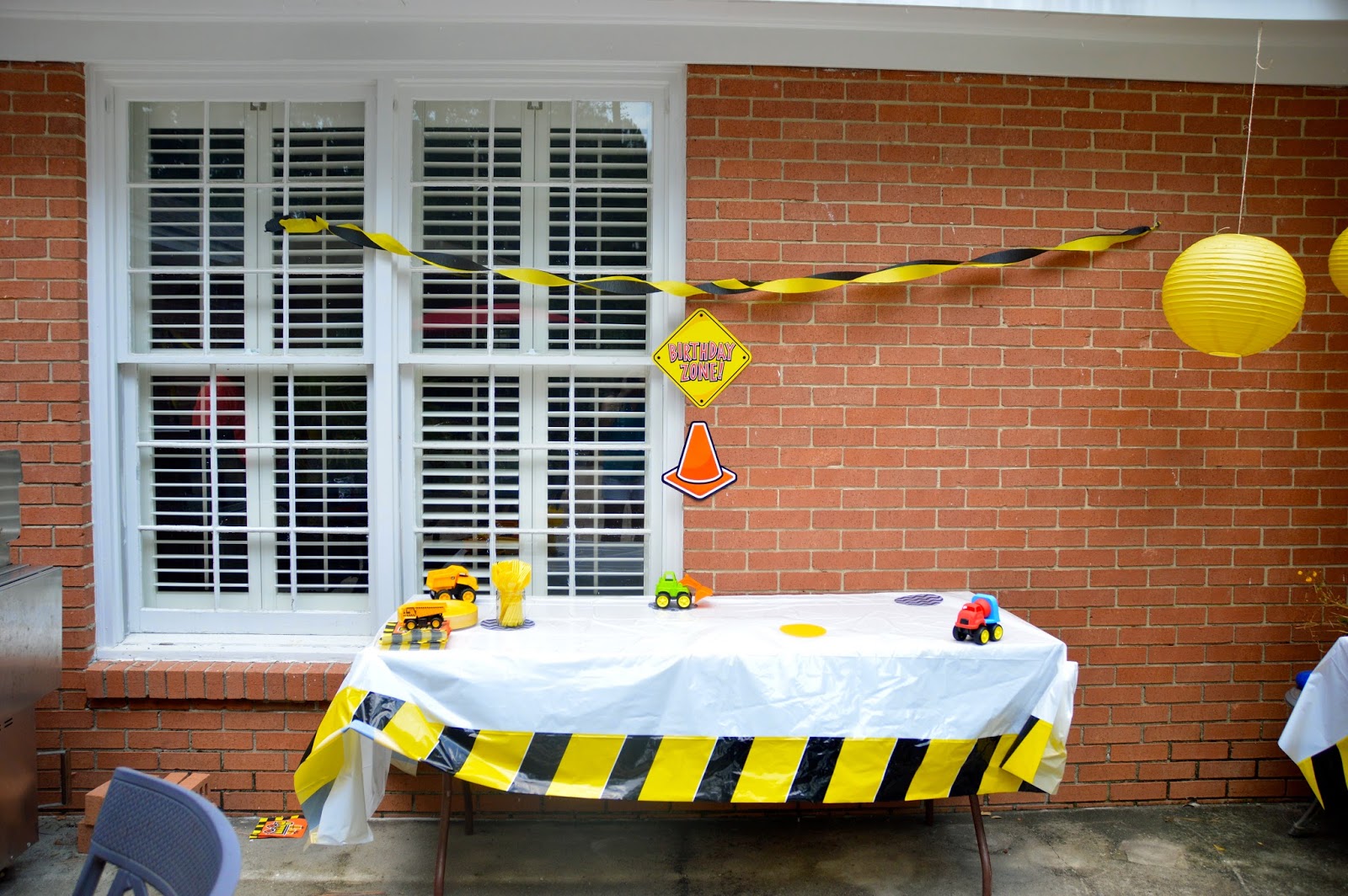 We got all of Cooper's construction trucks that we could find and put them around for decoration, too. 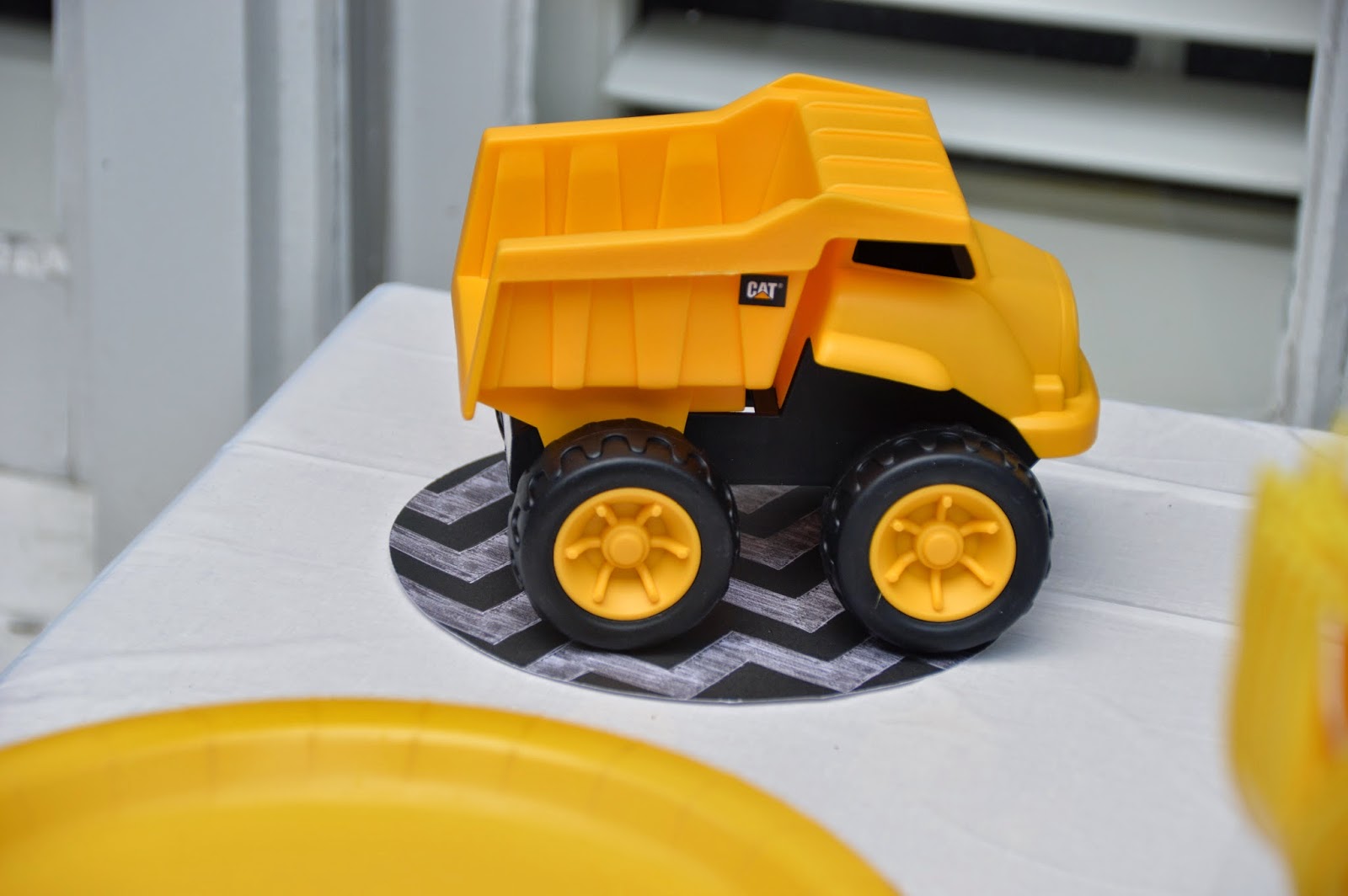 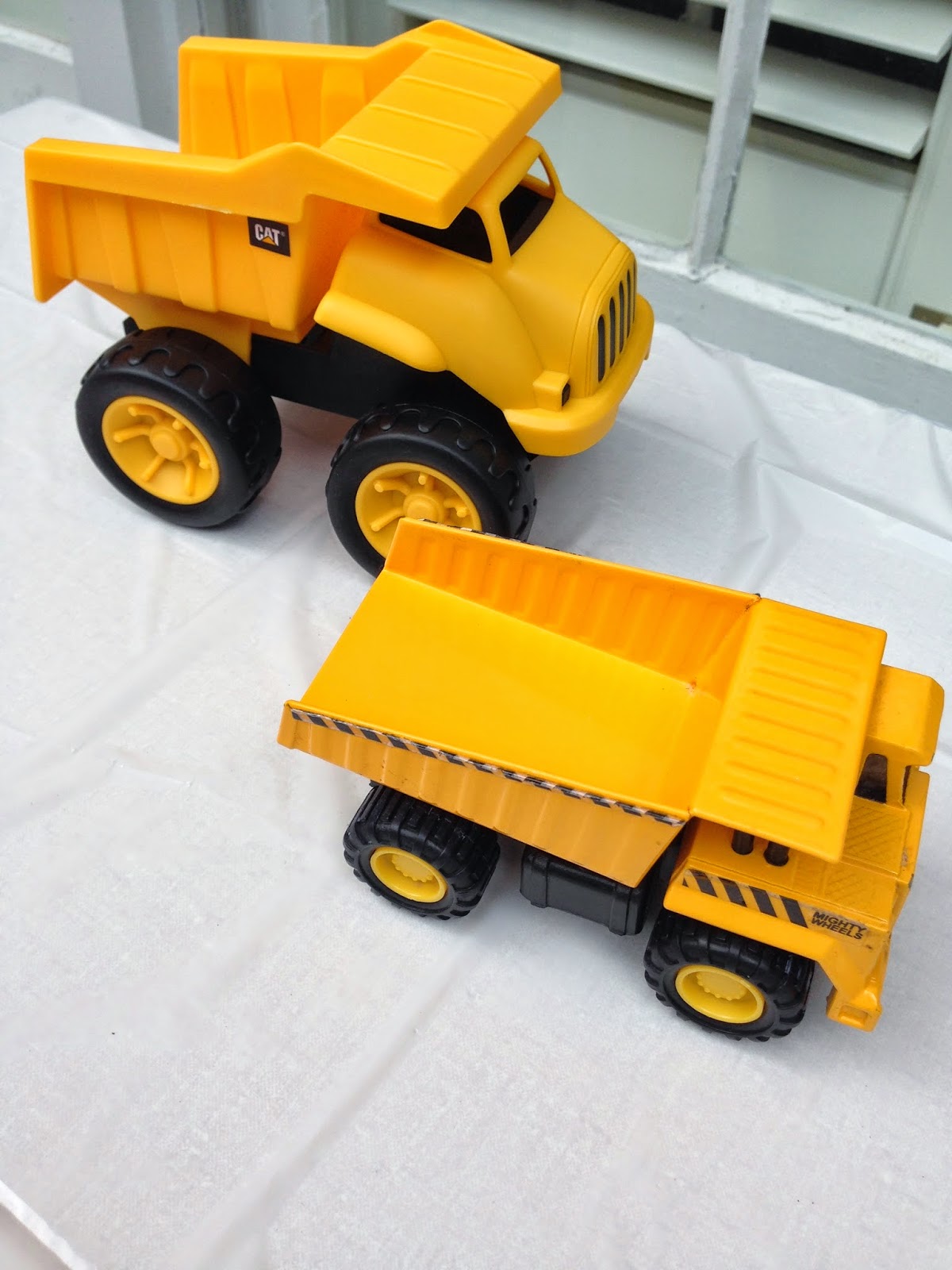 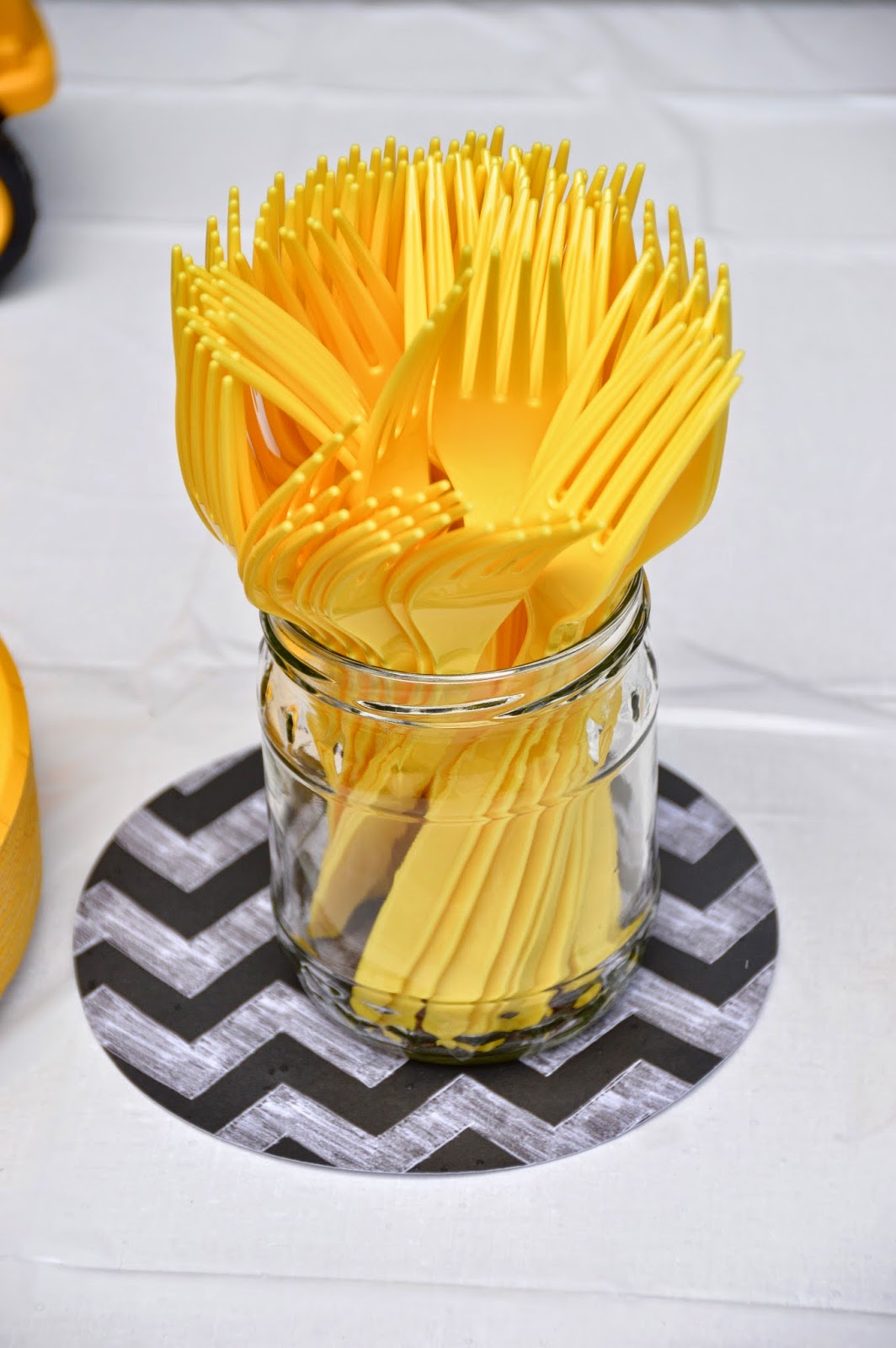 This dump truck balloon was also from amazon. 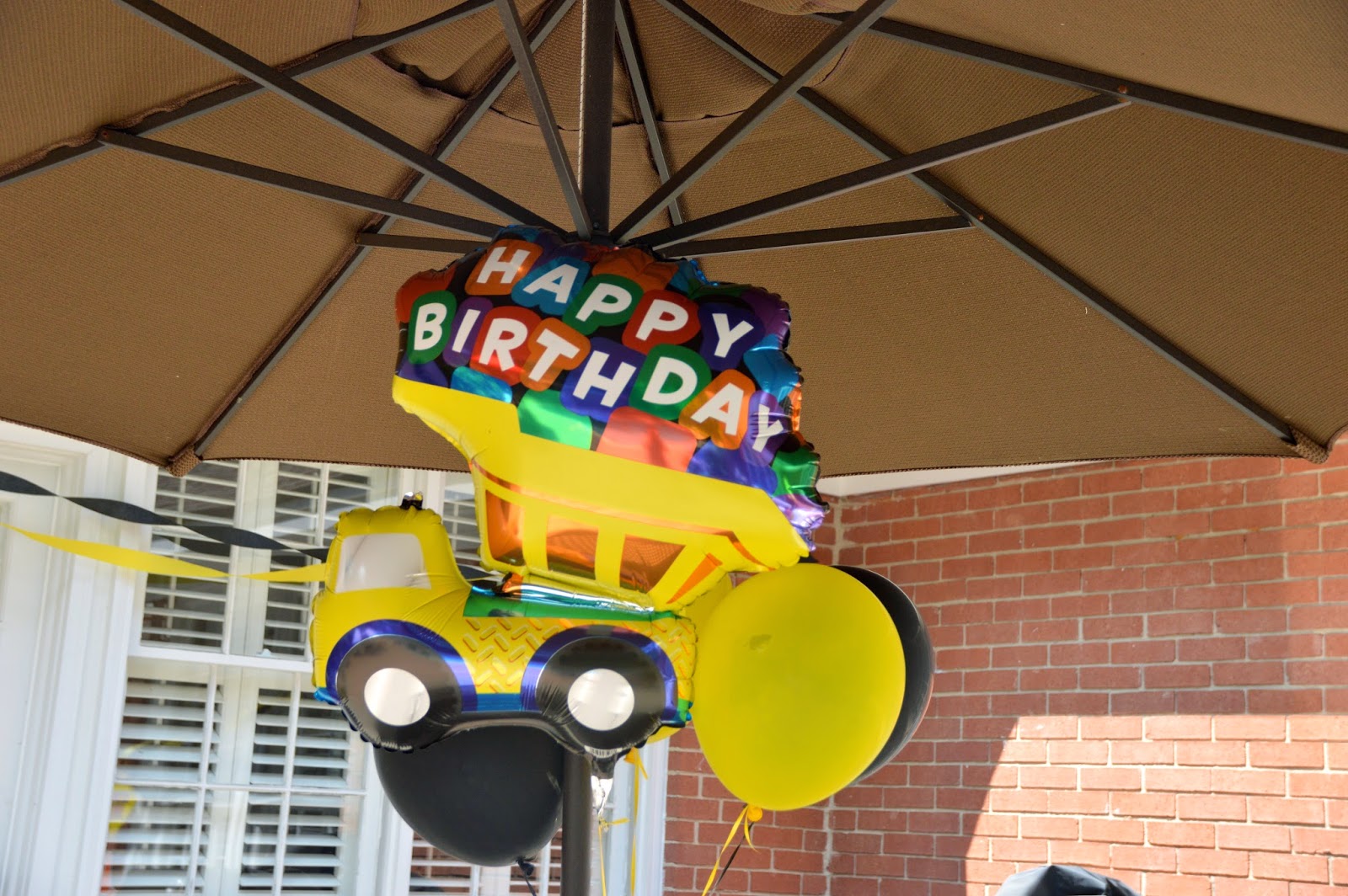 Up next: Cooper's party!