One thing that Matt and I love to do as parents is to give our kids "real world" experiences.  Most of the time, these are super simple things.  Sure, we love taking vacations and going to Disney World, but sometimes the simple things are just as fun.  One of the things that we love to do is teach our kids about food, and how it really works.  For the last several years, we have had a garden every year, Grammy and Pop have a garden every year, and we love taking them places like the strawberry patch.  We just feel like this teaches them that hard work can turn into very rewarding things, and that food doesn't just "appear".  It comes from somewhere.  We also feel like it helps contribute to them being better eaters.  They love eating what comes out of the garden and what they can pick on their own.  And you don't get unhealthy foods from a garden or bush.  I think this is part of the reason that LL eats tomatoes like they're going out of style.

We've taken LL to the strawberry patch for several years.  Sadly, we didn't make it last year (they had some weird strawberry virus going on??) and it wasn't open long.  This year, they didn't open at all, so we've been on the hunt to take them somewhere else.  Not too far from us, we found a pick-your-own blueberry patch.  We decided to go one Saturday and let the kids go at it!  We got three buckets: one for each kid, and one for Matt.  I just followed taking pictures and putting blueberries into the bucket of her person nearest me.


LL was sweet enough to be my model while I got my camera settings right.  :) 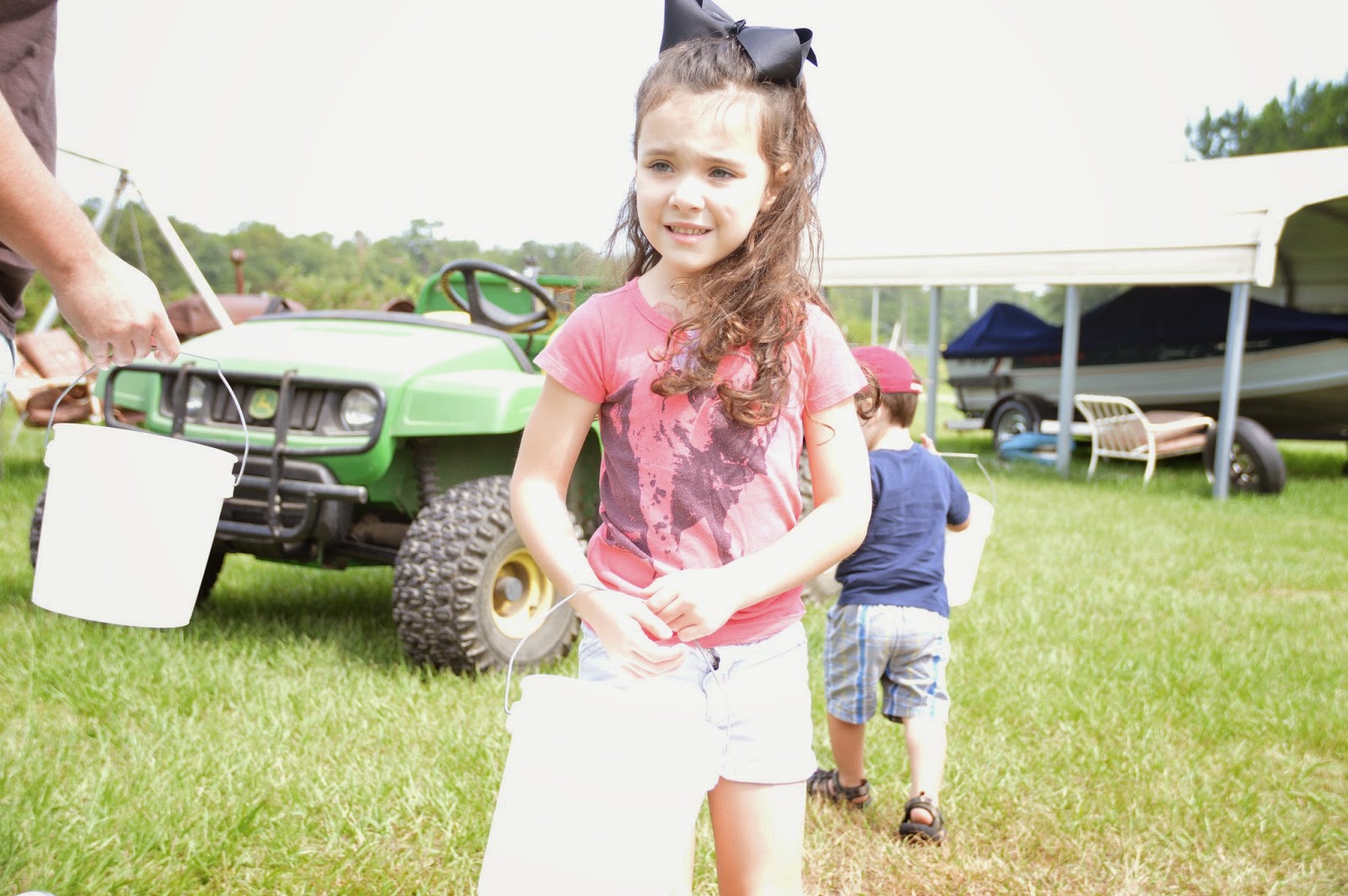 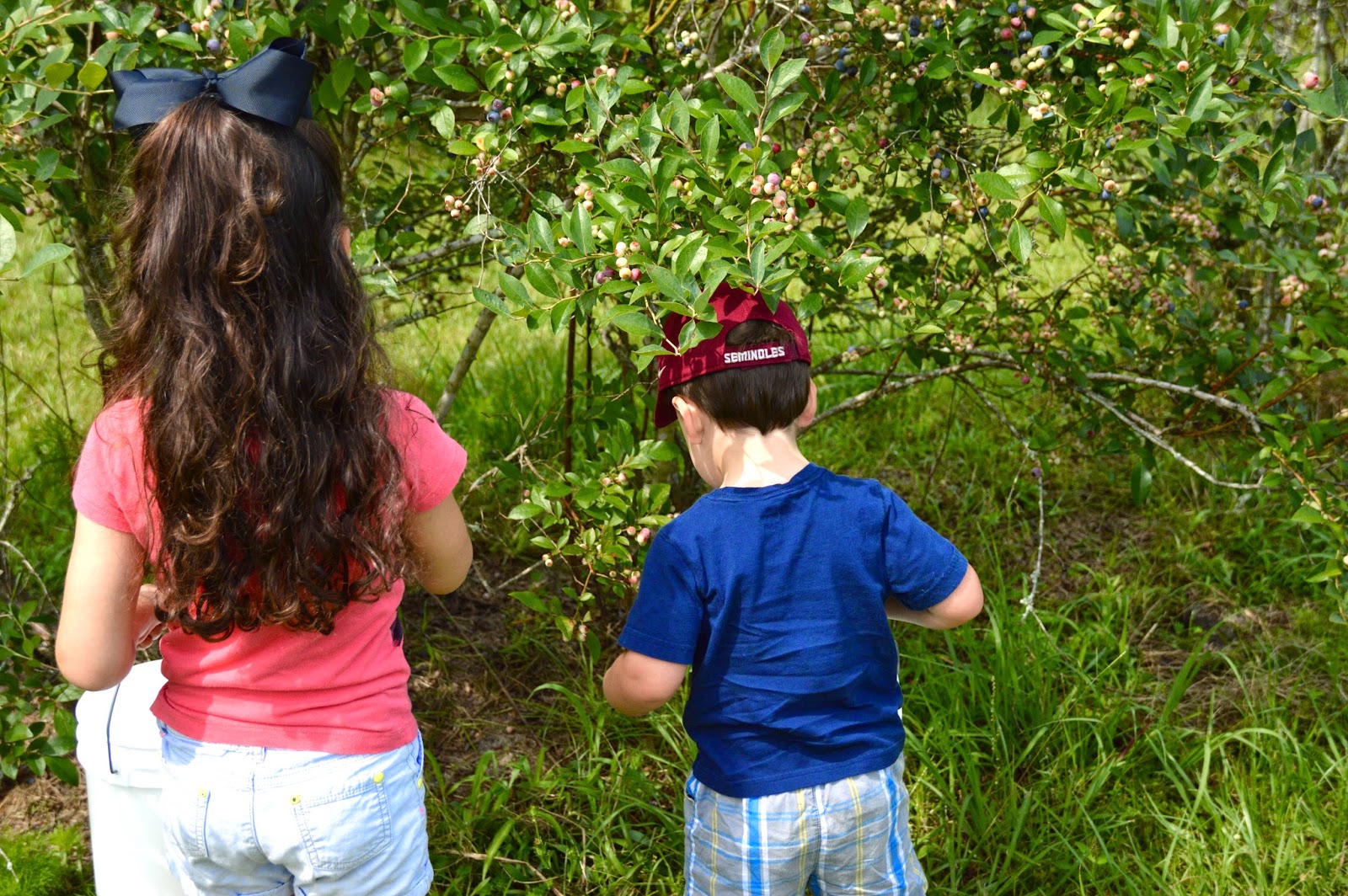 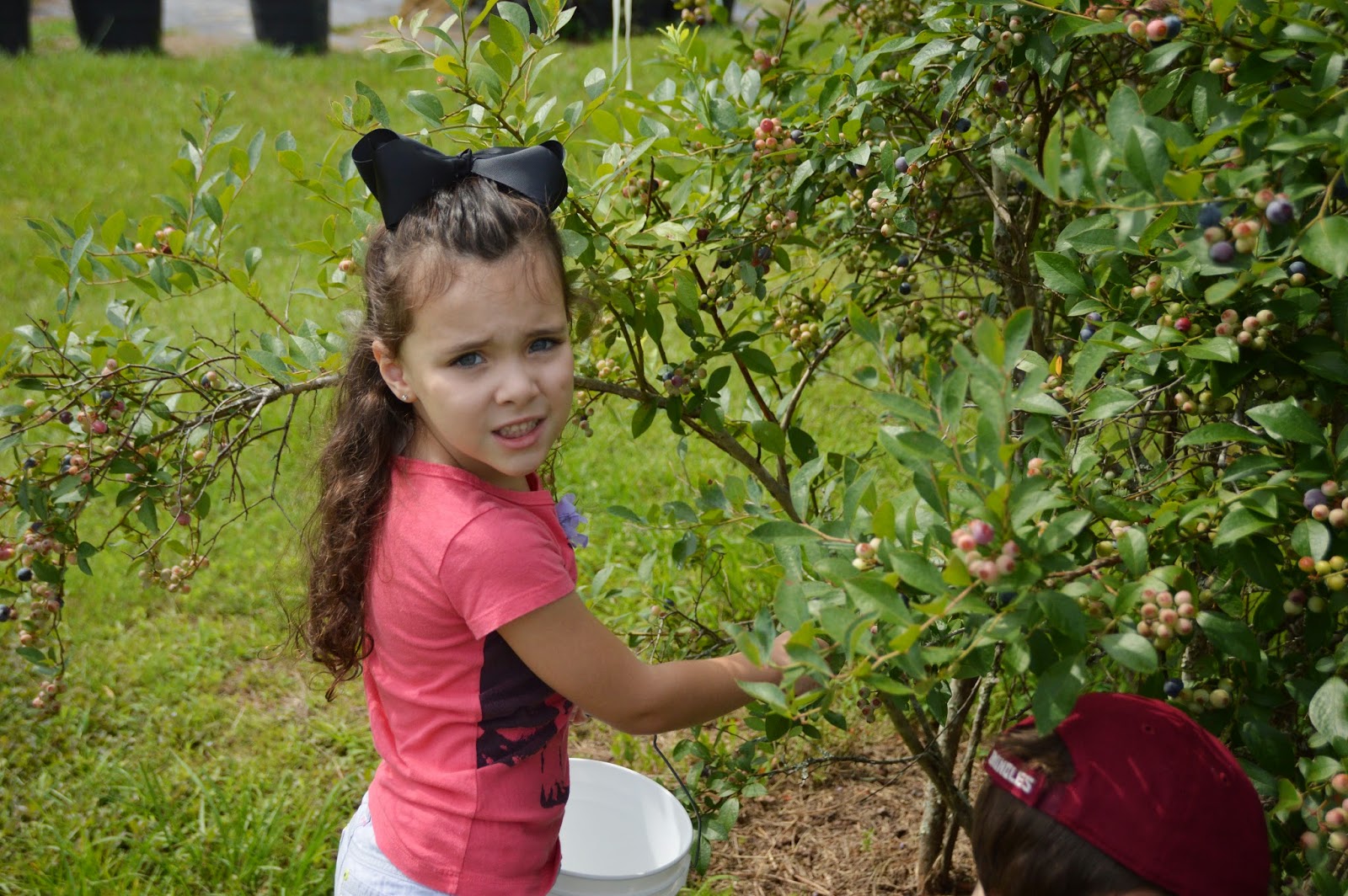 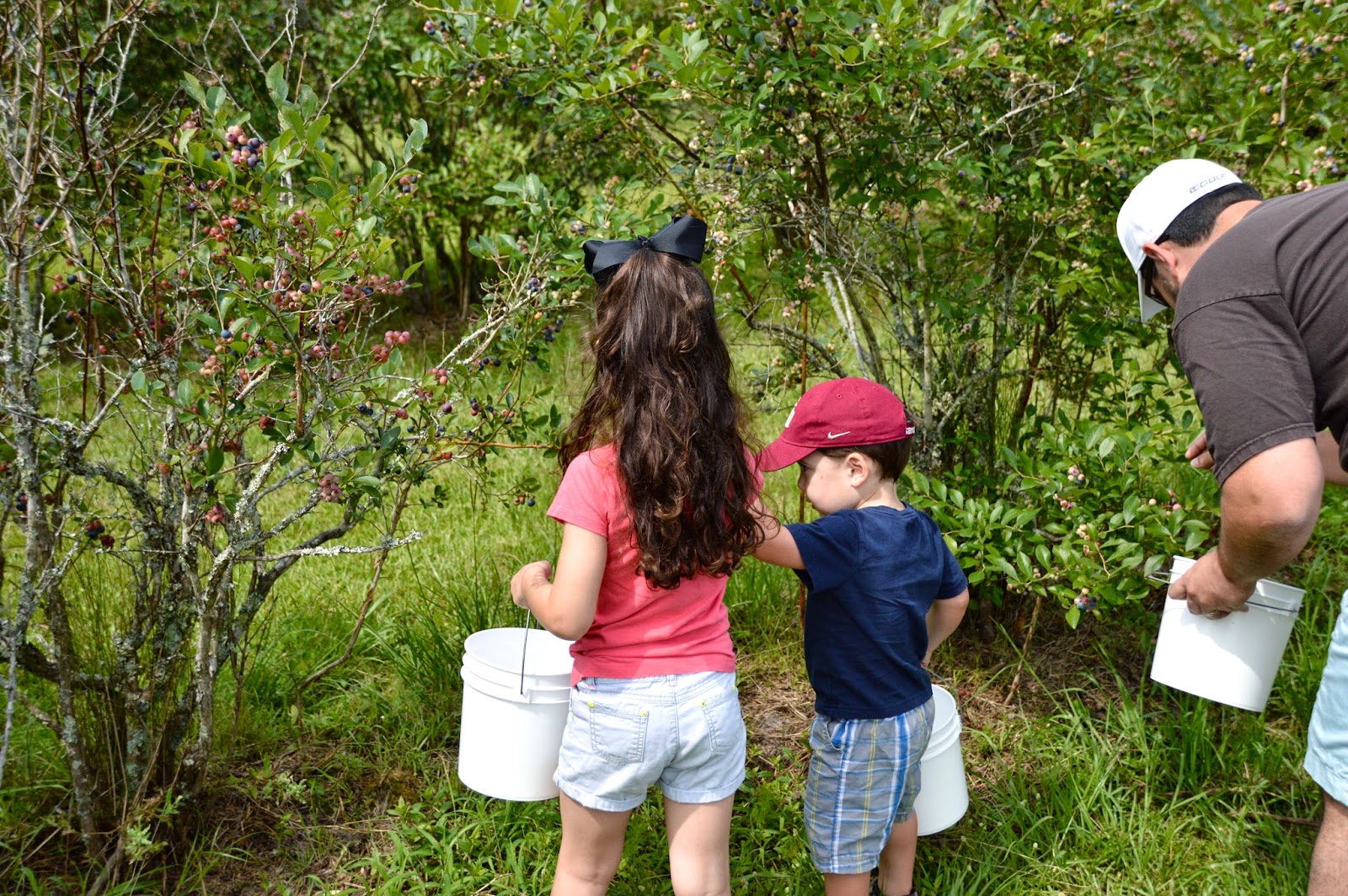 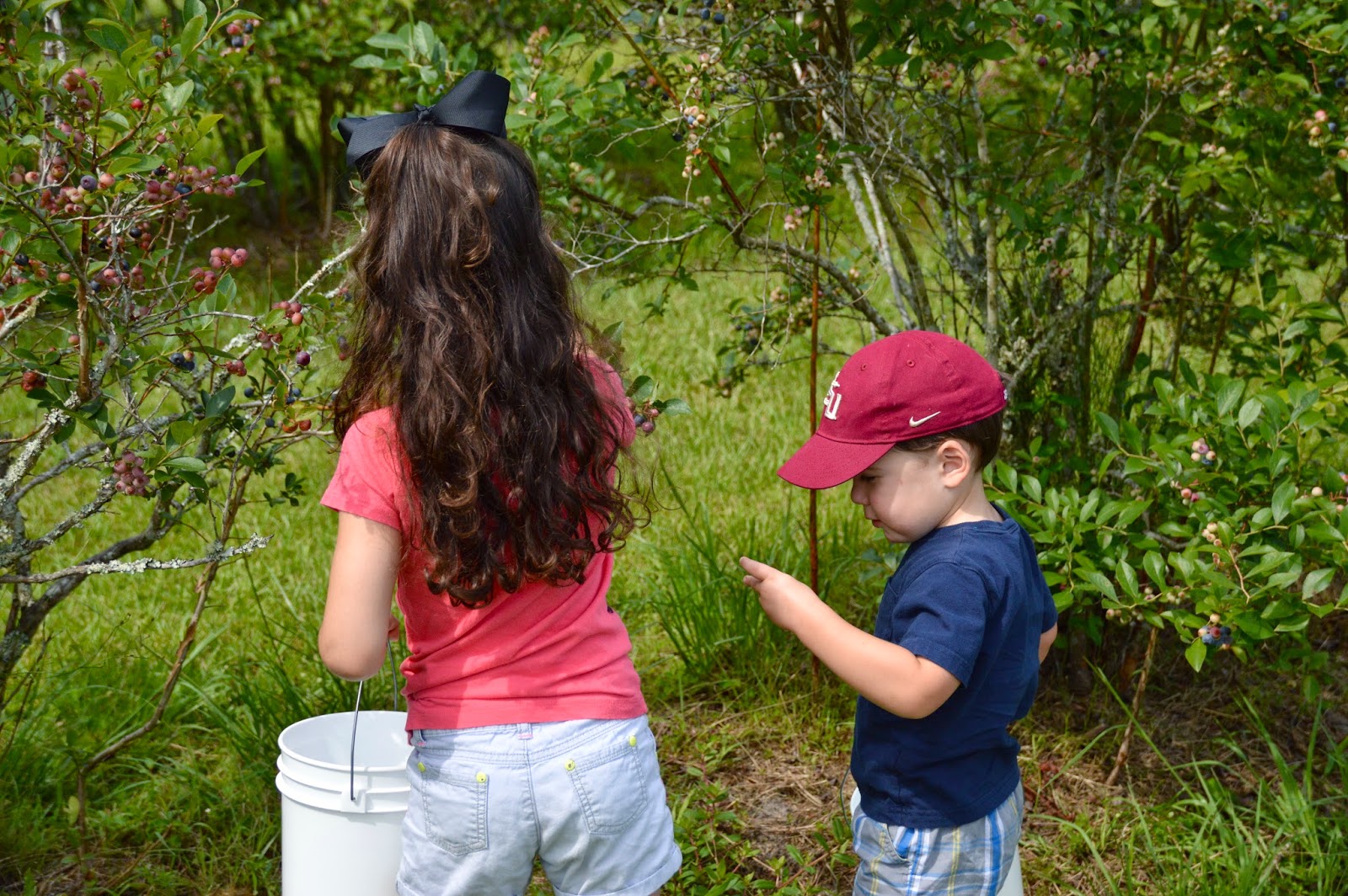 It surprised me how Cooper knew instantly what to do.  He had his bucket and immediately started putting berries in.  Again, I think this is because he used to helping pick the garden at our house and at Grammy's house.  He wasn't fantastic on just picking the ripe ones, though.  We had to go through his bucket and get rid of all of the pink berries - haha. 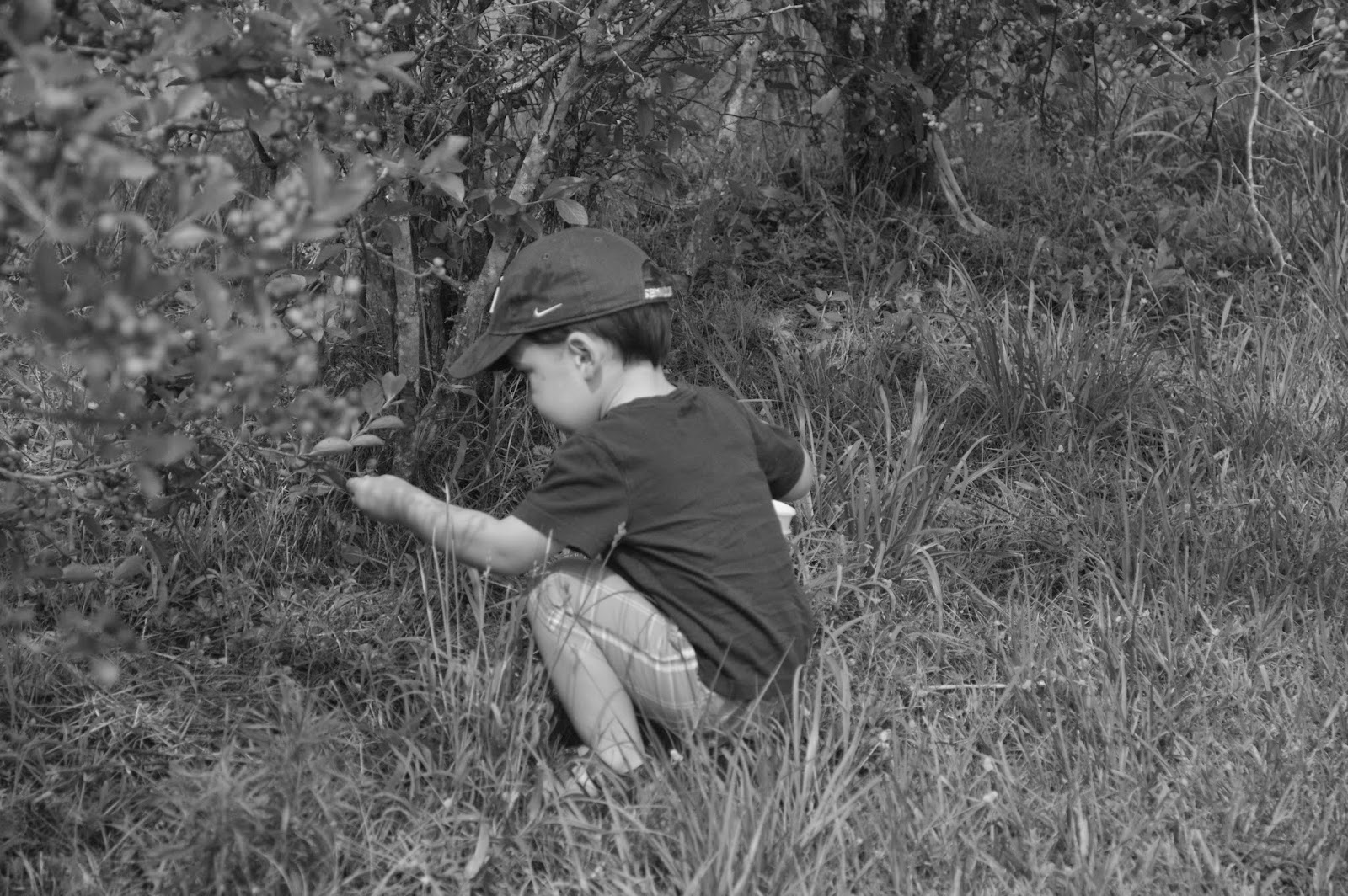 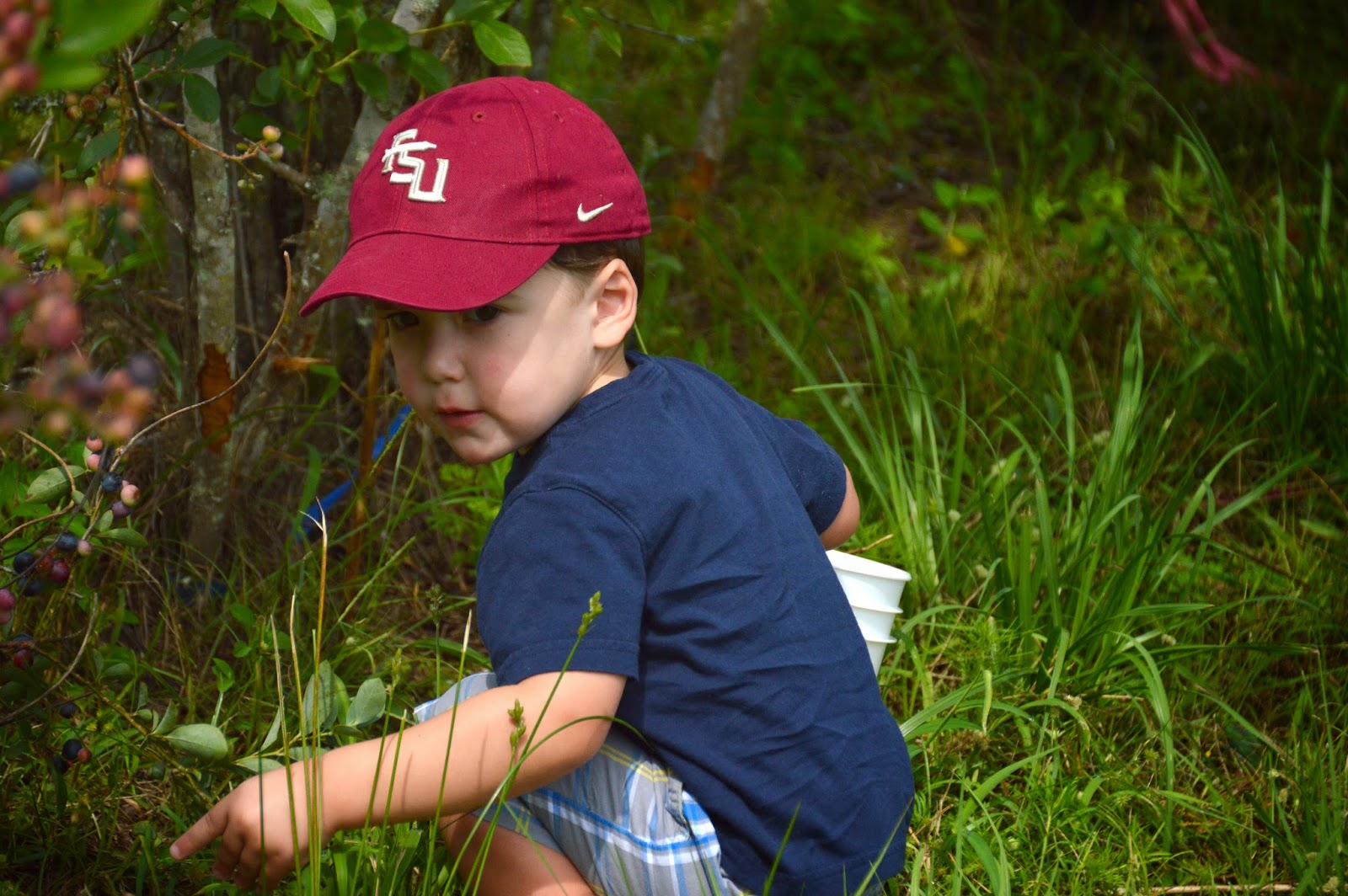 I had never picked blueberries before.  I really liked it! 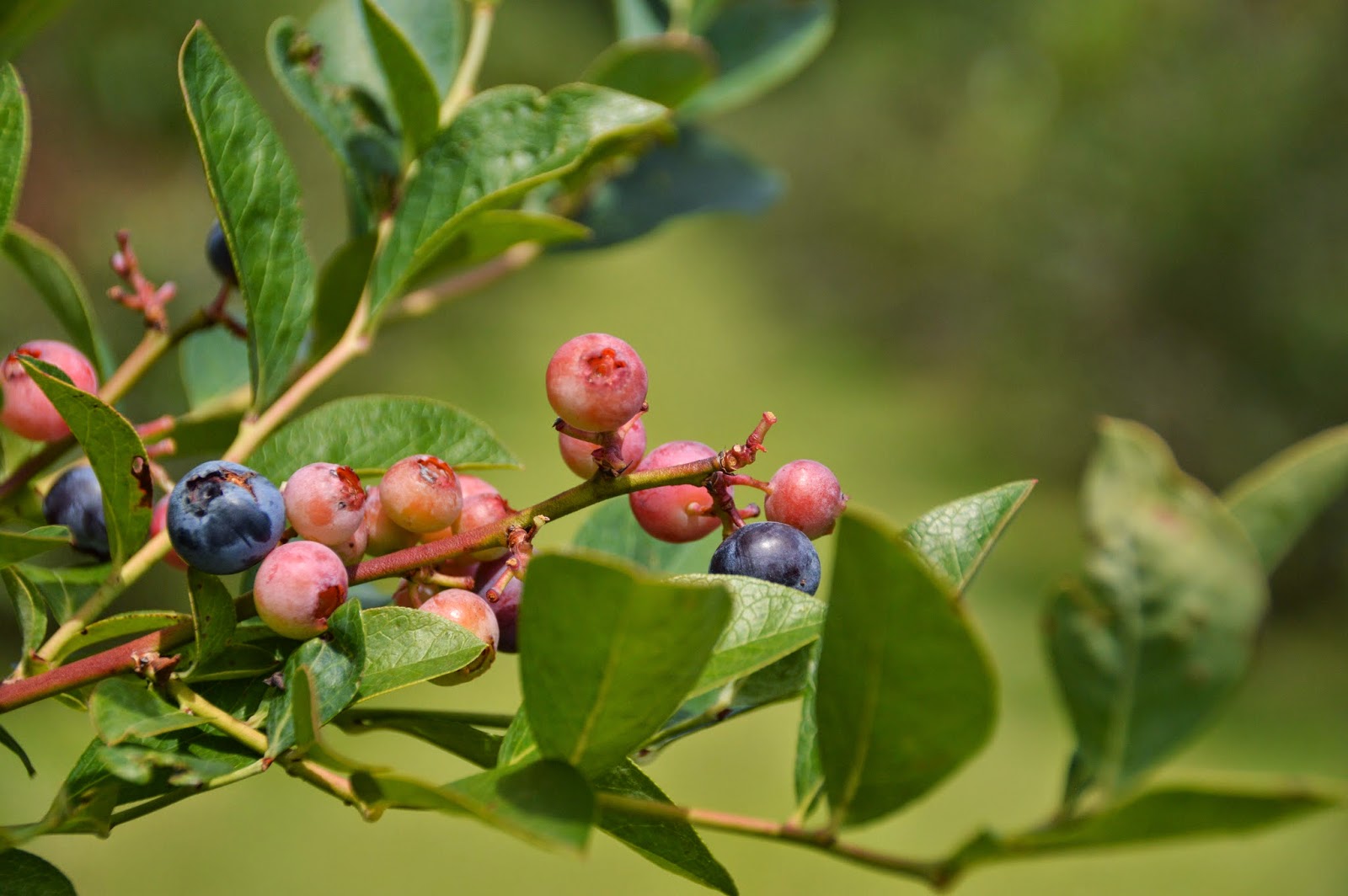 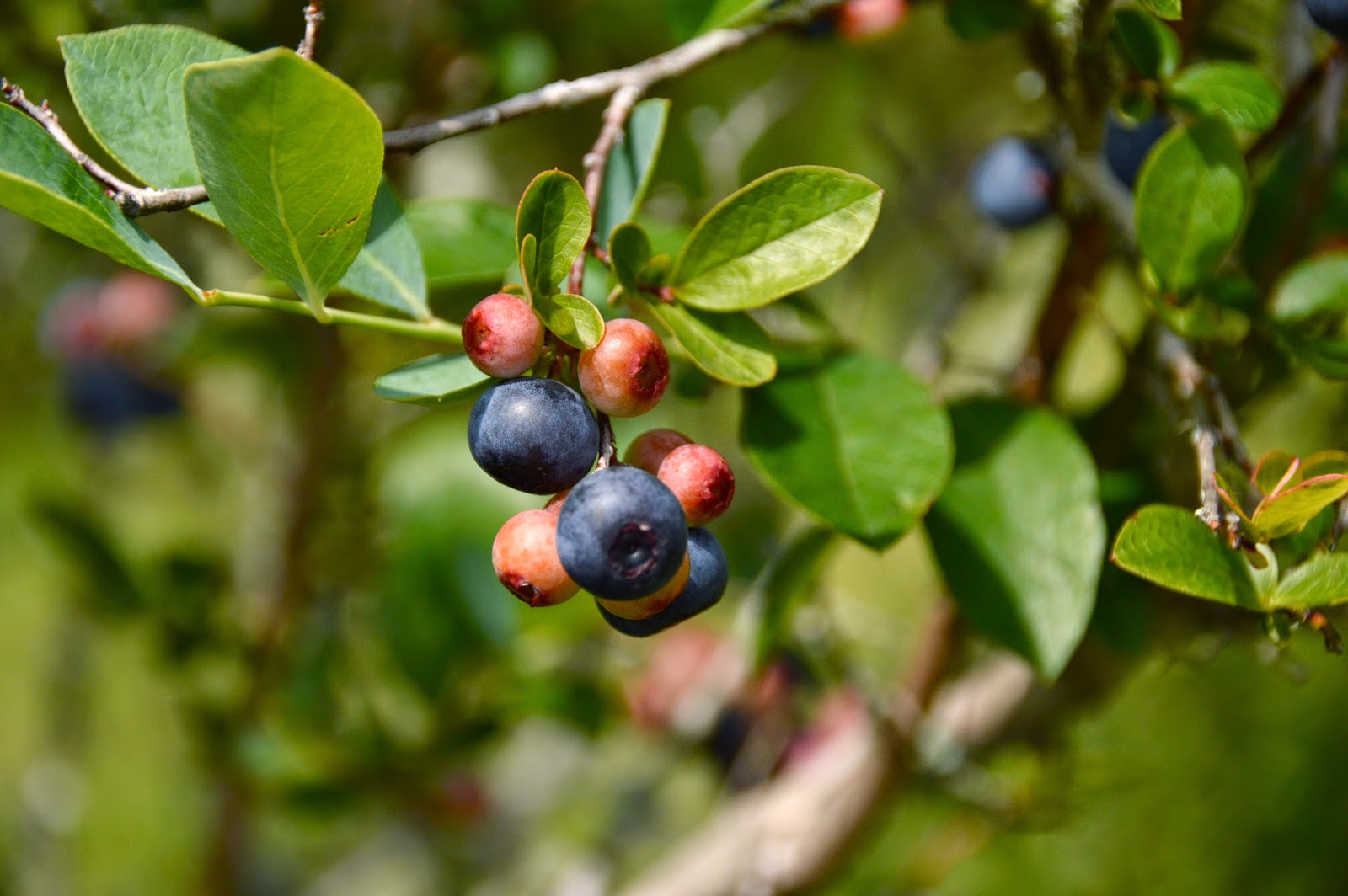 I was actually kind of surprised with how quickly our kids were "over it".  But the morning was pretty hot and muggy, so they weren't happy for as long as I thought they would be.  They typically love to be outside, but it really was pretty hot this morning. 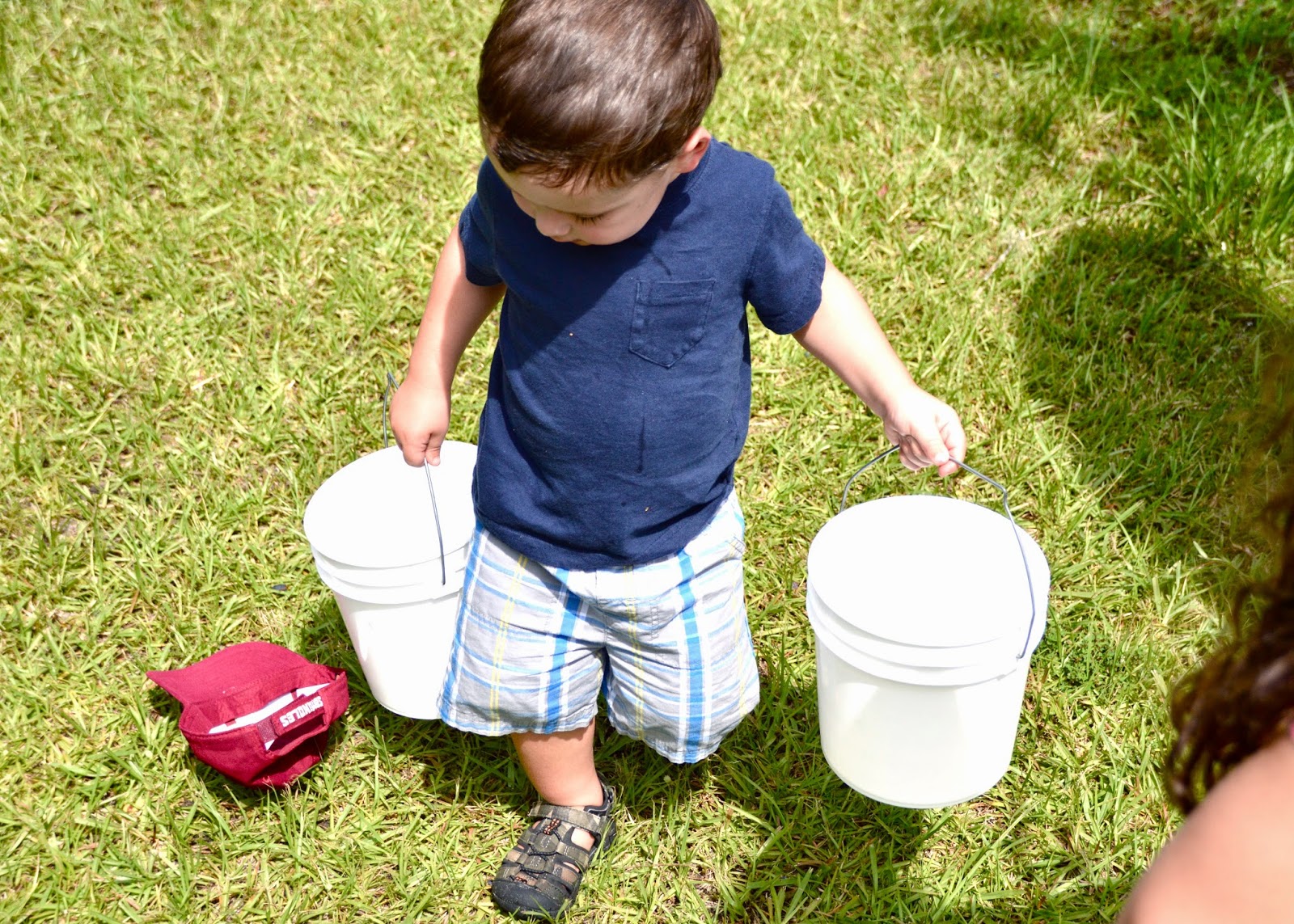 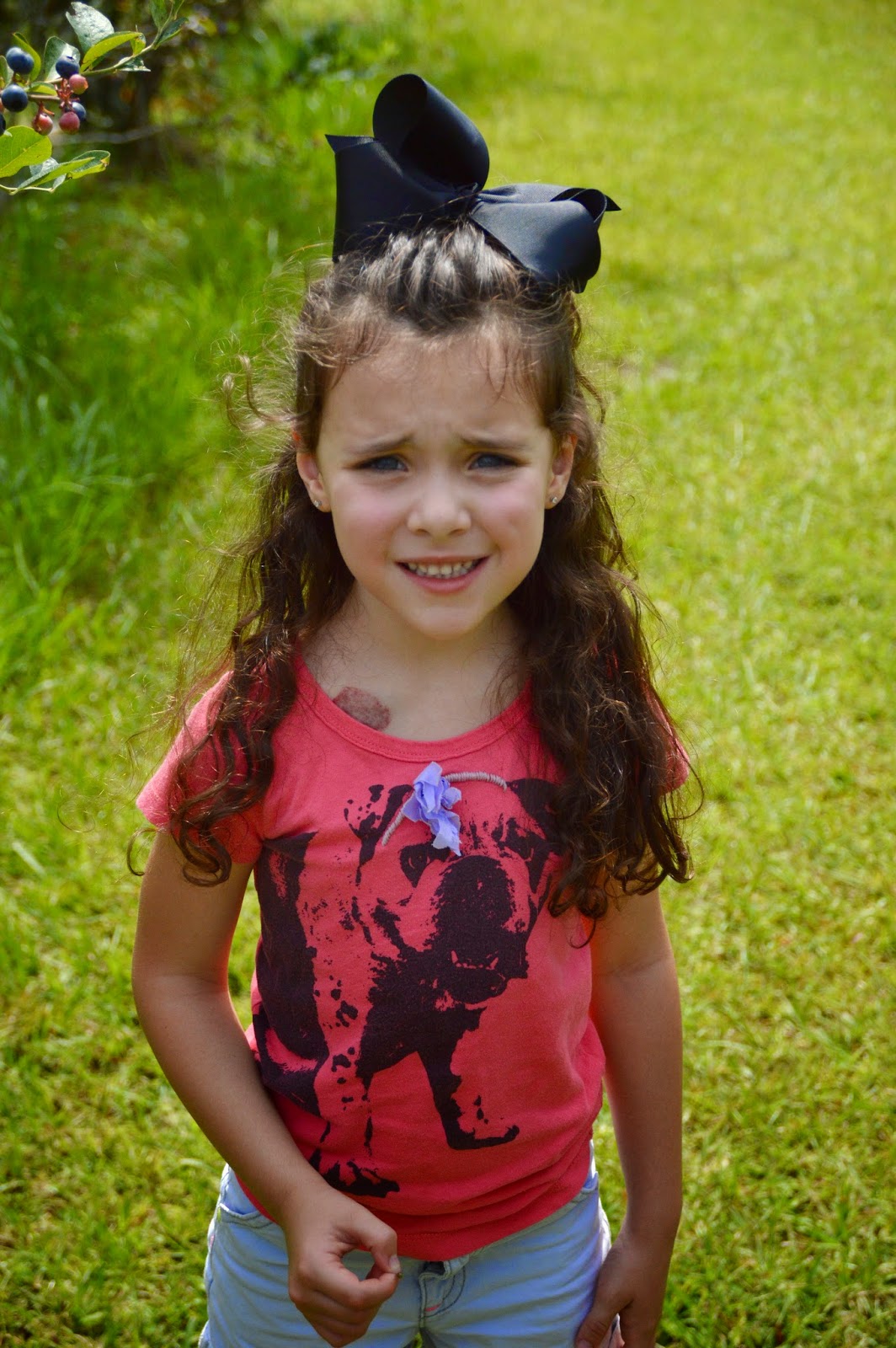 A group picture was not happening - haha.  They were ready to go!

Between our three buckets, we ended up getting one full bucket of blueberries - all for $7!  It was pretty awesome.  We will be going back to do this again for sure!

You can see some of my past posts on our gardens here:

2011 Garden
Our first small, indoor garden when LL was 2 years old.
An update on that same garden a week later.
A second update on our first garden.
Adding on more plants to the garden.