For our third day at Disney (for those of you keeping track - this is the Monday before Thanksgiving) we decided to take it a little easy.  Because we had stayed out later the night before at the Magic Kingdom, I knew we needed to make sure to fit in some rest time.  Sunday night, I actually was up a pretty good bit of the night throwing up.  This was actually the first time that I had actually thrown up this pregnancy instead of just feeling really nauseated.  Because this was how I spent my night, I was pretty miserable the next morning, too.  We all got up at pretty normal time, but we were ALL still tired!  We actually decided to just hang around the condo, let LL take an early nap, eat lunch, and then head out to Hollywood Studios.  Gentry and Gray decided to go to Animal Kingdom this day, so they went ahead and left.  LL (and Grammy!) went down for a nap about 10 and slept until 12.  Matt and I went to pick up lunch at chick-fil-a and we ate that before heading to the park.


Also this day, the weather decided to be super nice and rain on us.  And by rain, I mean POUR.  Oh well, we didn't let it slow us down!  We still had a park to see! 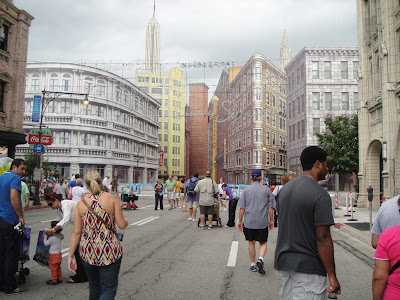 The biggest thing that we were excited about for Hollywood Studios was that LL could meet Lightening McQueen and Mater!  She absolutely LOVES the movie Cars and she was pumped to get to meet them!  We only had to wait in line for about 30 minutes to see them - that's not bad at all!  It was over 2 hours to see Woody and Buzz!  The rain really helped us out a TON!  She was SO HAPPY to see them and still talks about it all the time! 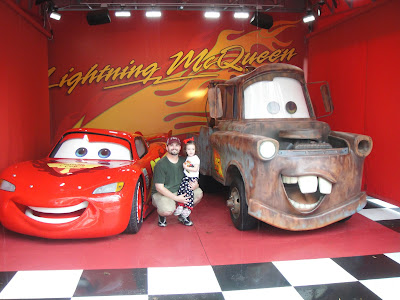 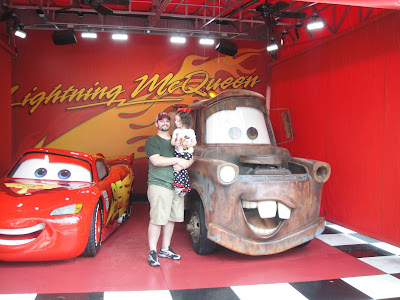 One thing that I REALLY wanted to do at Hollywood Studios was to go on the backlot tour.  Did you know this?  Hollywood Studios is actually a WORKING studio.  In this I mean that they actually do still film movies here.  On our tour, we got to see so many cool things!  Anyone see the movie Flight of the Navigator?  I used to watch it a ton when I was younger!  Here is the spaceship from that movie. 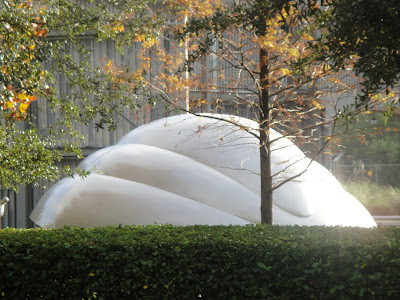 They also have a working costume shop.  They don't just make costumes for Disney World here, they actually make them for movies, also. 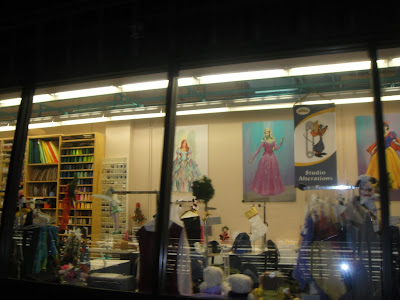 Another view of real and fake buildings. 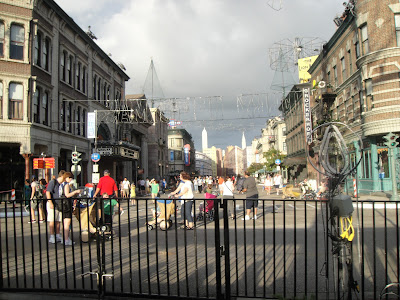 When we got done with the backlot tour, it dropped us off in a gift shop (shocker!) that had tons of clothing from "villains" in movies.  Here's the outfit for the Queen of Hearts from the newer Alice in Wonderland with Johnny Depp. 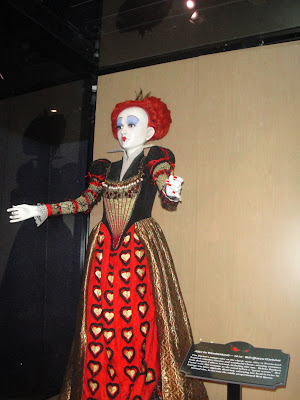 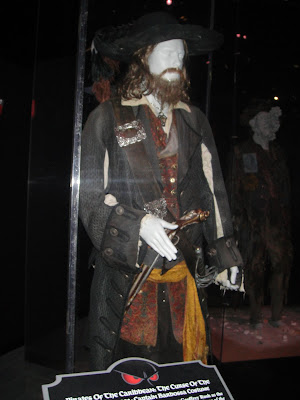 Here are the two outfits for the wicked queen in Enchanted. 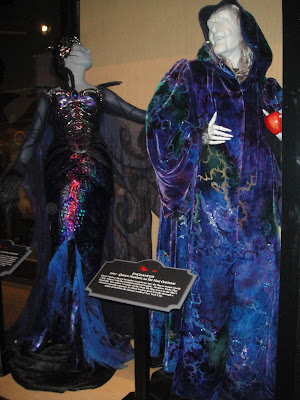 The other thing that we really wanted to do at Hollywood Studios was to take LL to the Disney Junior show.  I never could have predicted how much she really LOVED this show.  It's a live show with puppets from all of the popular Disney Jr. shows - Mickey Mouse Clubhouse, Jake and the Neverland Pirates, and Little Einsteins (LL's FAVORITE!).  LL was so stinkin' adorable during this show.  She never took her eyes off of the stage, she danced, she sang, she did everything they asked.  It was SO CUTE! 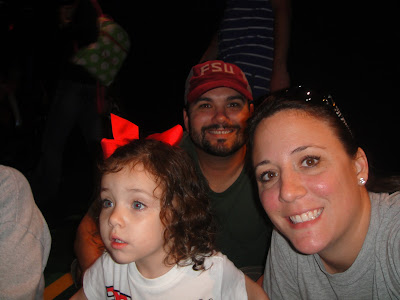 Here's a video of her dancing her heart out while we were waiting for the show to start!


Here's a video of LL participating during the show in her favorite part - Little Einsteins!
And finally, here's the last video of her dancing her heart out at the end of the show!

Even though we got a late start, and even though it rained, we had a BLAST a Hollywood Studios!  Up next: our last day at Disney World.