Way back at the beginning of 2011, Matt and I decided that we wanted to make sure to take LL to Disney World this year.  There were several reasons for our decision: we knew it would probably (hopefully) be the last year that LL was an only child, she's at a GREAT age for Disney (everything was completely REAL to her), and we haven't been on a big vacation in a loooong time.  We decided to go over my Thanksgiving break because it's a long break that's already built into my school year and it's not crazy hot.


I got out of school for the week on Friday, November 18.  We left pretty early Saturday morning (the 19th) for Disney.  Grammy (Matt's mom) was also going with us for the trip.  Then, Matt's cousin Gentry and her son, Gray, were meeting us down there late that night.


We got to Orlando right at lunch time, so we stopped at a Burger King pretty close to the park to get lunch.  Because, obviously, Burger King has crowns everywhere, LL thought that Burger King WAS Disney World - haha.


The only downside to our plan was that we were arriving to Disney World right at LL's nap time.  We very rarely have to skip her nap for things.  She has done it before, but its for sure not something that we do often.  We decided to spend our first day at Magic Kingdom.  I mean, isn't that the park that we REALLY consider to be Disney World?


Have I told you that my child is VERY anti-pictures lately?  She totally is.  This was us walking into the park.  She was as happy as could be, but wanted nothing to do with the camera!  So here you are, sweet baby girl.  Your very first picture in Disney World. 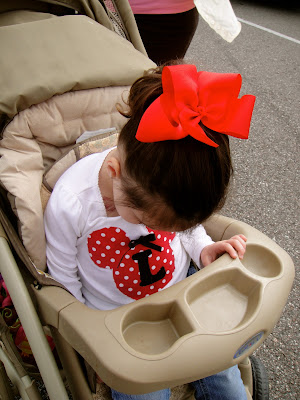 First view of the castle!  One of the other reasons that we chose to go over Thanksgiving was that we were told that it wasn't busy.  Umm...WRONG!  Out of 1-10 (10 being the busiest), it was an 7-9 every day we were there.  We won't make that mistake again! 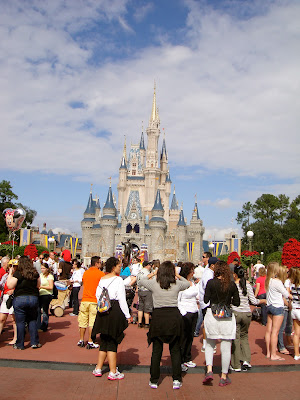 There's was a parade going on when we got there, so we stopped to watch. 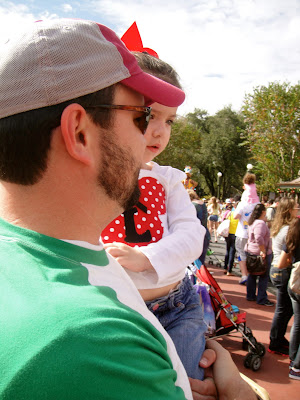 Honestly, she was a little confused at first.  She was tired, at a place she had never been, there were LOTS of people, and she had no idea what was going on. 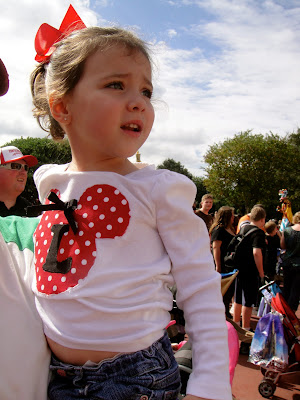 The first ride that we went on was Snow White's Scary Adventure.  Maybe it was pregnancy brain (I was 7/8 weeks on our trip - and YES, already showing), but something didn't register to me that this ride may actually be SCARY.  But guess what?  It totally is.  LL was TERRIFIED.  Maybe it wasn't the best decision for the FIRST ride for us in Disney World! 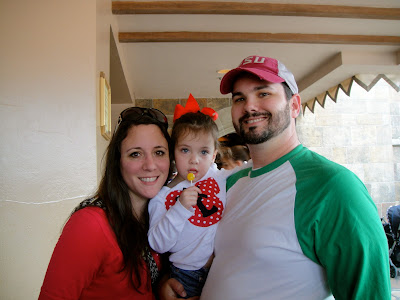 Next, we headed to the Carousel.  Hands down, this was her favorite ride the entire trip.  We probably did it 5+ times over the course of 3 days.  She loves carousels anywhere, so she loved how big this one was! 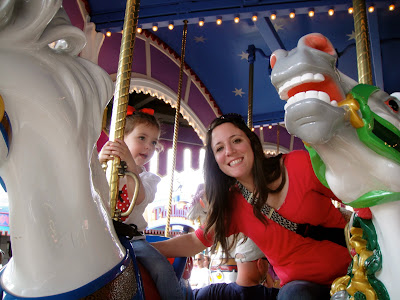 This face right here was worth the entire trip!! 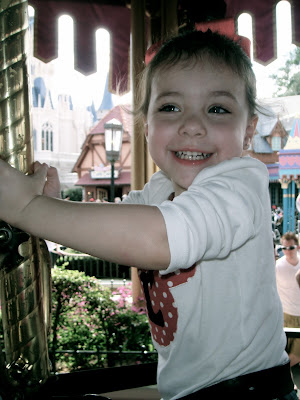 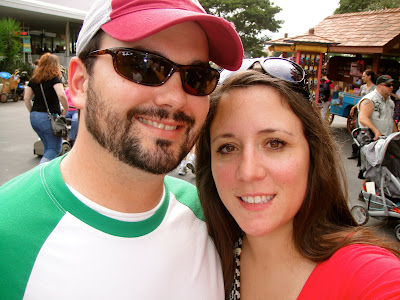 Next we headed over to Winnie The Pooh.  The wait time said about 45 minutes.  Long, but do-able.  I don't know what the deal was, but on this one specific ride, the FastPass people (not us) made our wait a LOT longer.  As in we ended up waiting a total of almost an hour and a half!  Thankfully, they had a lot of stuff to keep the kids busy while in line.  LL loved playing with these bees! 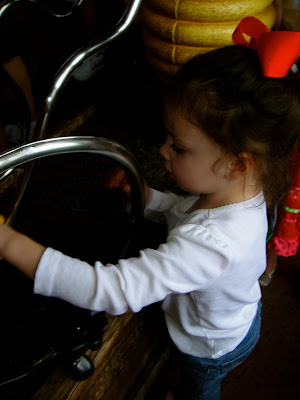 This ride ended up being worth the wait - LL really enjoyed it and still talks about it all the time. 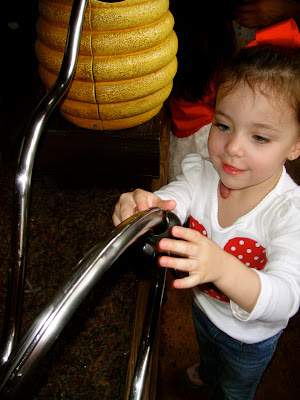 Next, we headed over to Philharmagic.  LL has never been to anything 3D before, so I wondered how she would do with having to wear the glasses and the effects. 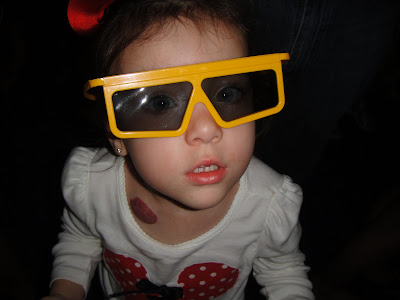 She totally surprised me because she LOVED this!  We ended up doing it again another day because she liked it so much! 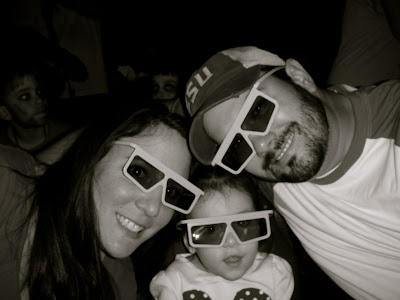 By this point, it was getting close to dinner time, we were all exhausted, and Matt and I still needed to make a run to the grocery store for food for the rest of the trip and to keep in the condo.  We had to make sure to take a picture in front of the castle before we left! 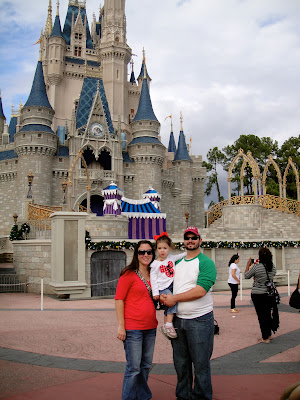 Um snow white still freaks me out and I refuse to refuse to ride it!!!!!