On day #2 at Disney we woke up ready to go!  We got up super early because we wanted to be at the park super early!  Gentry and Gray came in late the night before, so they would be spending the day with us at the park.  Our plan was to go back to the Magic Kingdom since we didn't get much done the day before and because Gray had just gotten in town.  Because we got there so early, the monorails weren't working yet and we had to take the ferry.


Obviously LL was super pumped to get her picture taken on the ferry - haha. 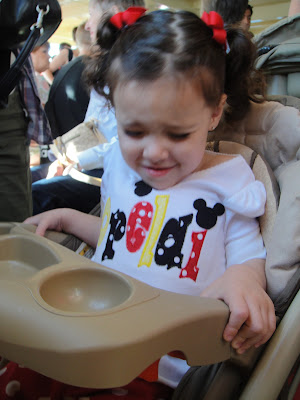 First thing on the agenda?  Meet the princesses!  The wait time was only 10 minutes, and I knew that it would be CRAZY long later. 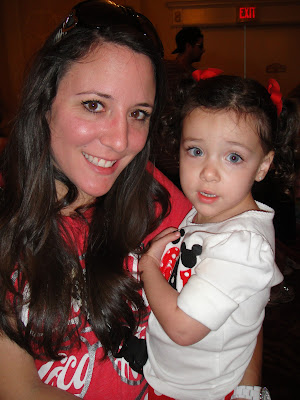 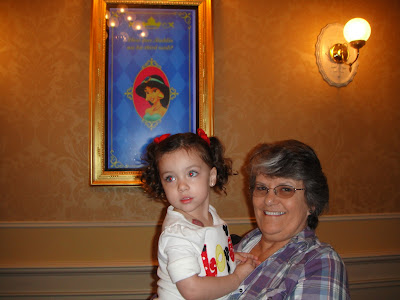 LL meeting the princesses = epic FAIL.  She HATED it!  They must have freaked her out because she wanted NOTHING to do with them!  In thinking about it though, it is a pretty strange concept.  She's only ever seen them on TV, and then all of a sudden they're right in front of her but they're huge and look different.  I can see how that would be kind of scary.


Trying to show her Cinderella's shoes.  She didn't care. 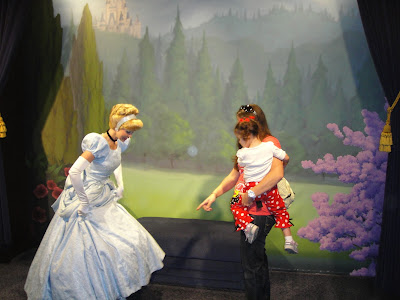 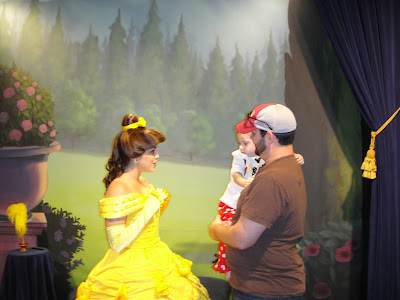 After we met the princesses, LL said that she wanted to see Mickey.  I don't know if she knew what she was asking for, but we got in line anyway (only about 15 minutes).  This was a FAIL, too!  She didn't want anything to do with them!  Oh well, at least she isn't crying in the picture! 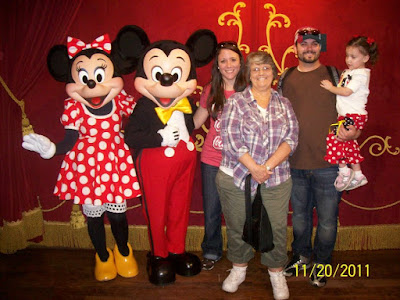 When we asked LL if she wanted to get a picture with Mommy and Daddy in front of the castle, she said no.  Shocker.  So we did it anyway.  :) 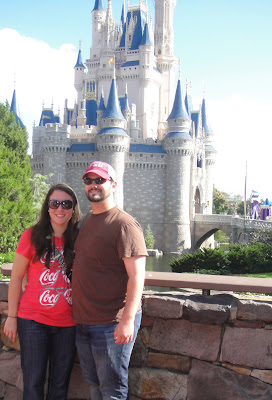 Next up: It's A Small World!  Now this was a hit!  LL LOVED IT!!  I know it looks like I'm squishing her to death, but I'm just trying to hold her up - haha. 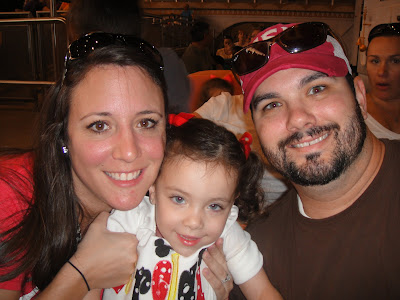 This is how she looked the whole ride - just fascinated!!  She remembered the song all on her own and still sings it all the time! 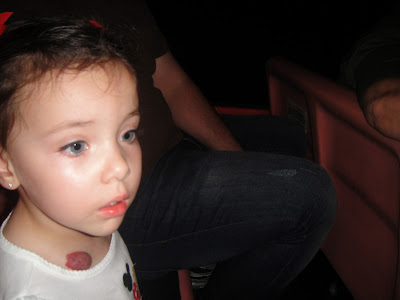 When we got done on It's A Small World, there was a guy blowing bubbles.  LL and Gray had a great time playing there for a little bit! 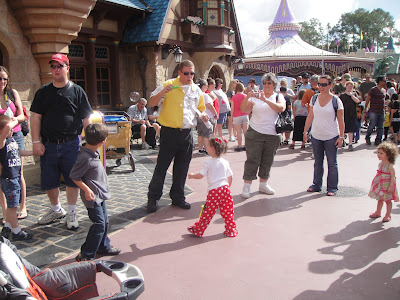 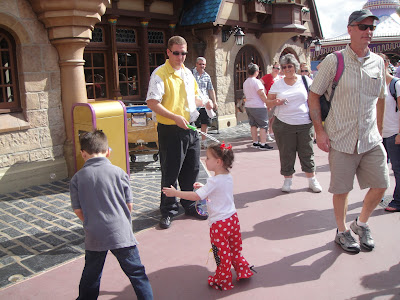 Don't you LOVE LL's outfit?  Grammy made all of her clothes on the trip!  You can get them, too, on our etsy! 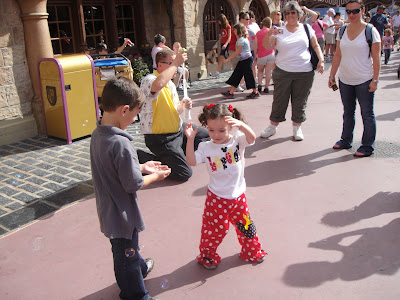 Isn't it so pretty??  I love how everything looks! 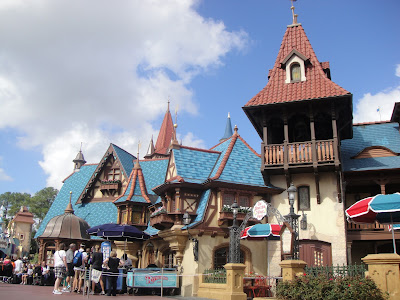 Headed back to the condo for nap time! 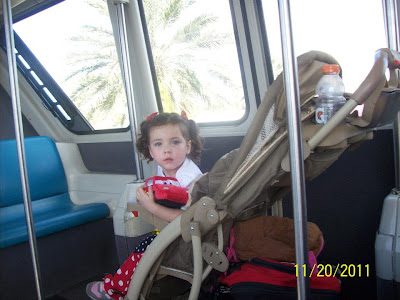 This was the day that we decided that we would for sure go back to the condo for  nap time.  We weren't going to skip nap two days in a row, and I really wanted to stay late enough to see all of the Christmas lights. 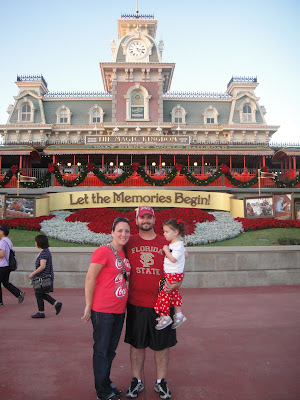 It was all decorated so pretty for Christmas! 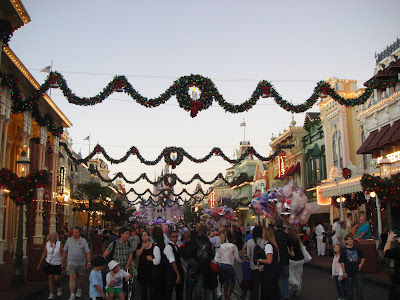 This was also a day that we decided to eat a meal in the park.  Most meals we either ate before we left, or took our food with us.  I had seen people walking around with turkey legs and I wanted one so bad!  And it was soooo good! 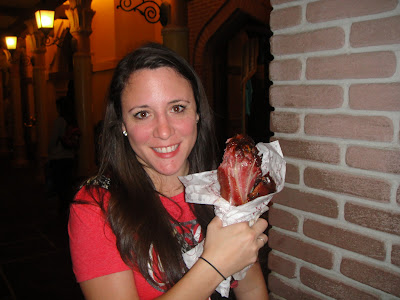 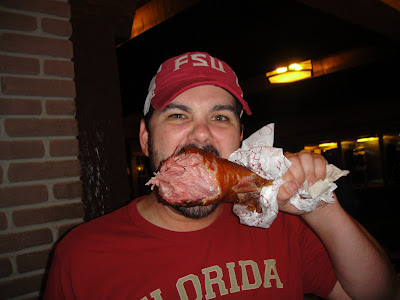 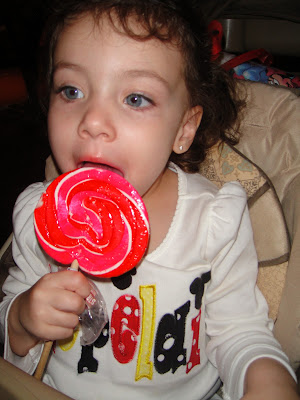 Isn't it so pretty??  I loved the the castle was all lit up for Christmas!  We stayed for the lights parade (that didn't even start until like 9!) but LL ended up LOVING it so it was totally worth it!