Way back at this time last year, I was getting ready to go to my second Justin Timberlake concert.  I was talking to Kayla and telling her that another artist that I would be interested in seeing in concert was Taylor Swift.  Not long after that, she announced her tour dates.  Kayla and I talked about it, and we decided we wanted to go!  She also bought a ticket for her sister as a surprise birthday present to her.  So after a year of waiting, it was finally time for the concert at the end of October!  Matt and I decided to leave the kids in town, and we would go to Atlanta alone.  I would get girls time with the concert, and Matt would get some boy time with Gino.  It was a win-win! 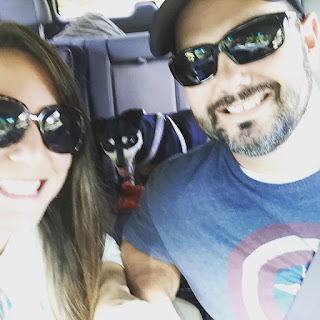 Lola hasn't been on a road trip in a long time.  When we go out of town, we usually just leave her in the back yard with Bono, and someone comes over to feed them once a day while we're gone.  Since Bono died, we haven't felt comfortable leaving her out back by herself.  We used to take her on trips allllll the time before we had kids, so we decided to just take her with us.  She did great! 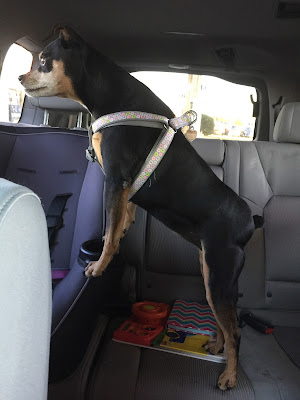 While we were out of town, Grammy and Pop took the kids to Wild Adventures! 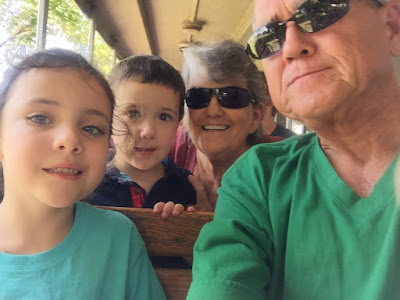 Getting ready for the concert.  You can't go to Taylor Swift without red lipstick, right?  I sent this picture to Matt when I was getting ready.  I can honestly say that I have never worn red lipstick in my life.  But i kind of liked it! 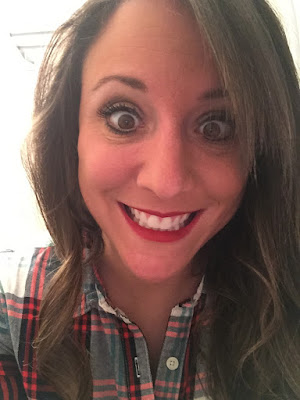 Jorda, Kayla, and me all ready to go! 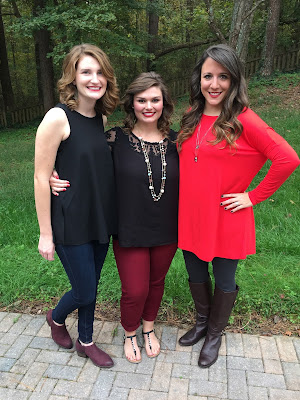 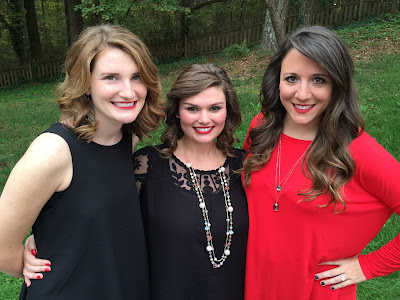 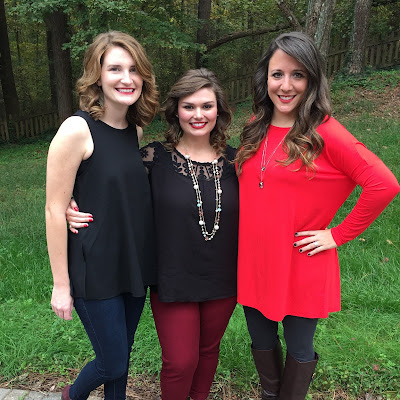 The same night as the Taylor concert (which had 53,000 people) was the Ga Tech vs. FSU game.  So downtown was a mad house.  We sat in traffic for forever trying to find a parking spot. 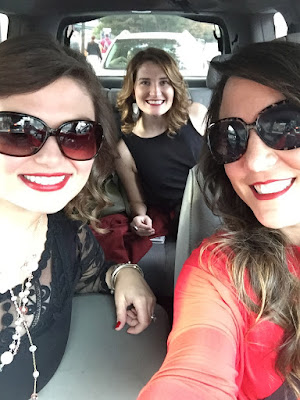 We finally made it inside the dome! 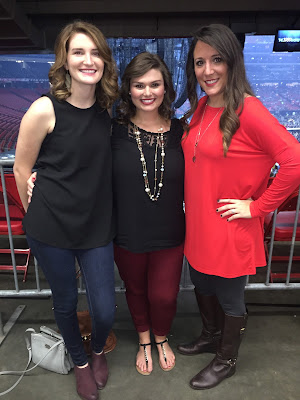 Our seats!  Finally!  We had floor seats for the concert, and it made it so so fun! 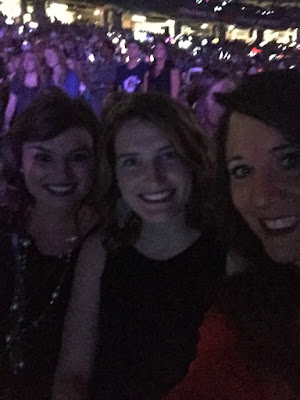 The openers were Shawn Mendes and Vance Joy.  I felt so old because I literally had no idea who either of them were. 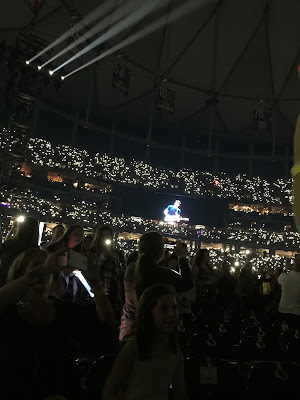 It was so pretty with everyone's cell phones lit up! 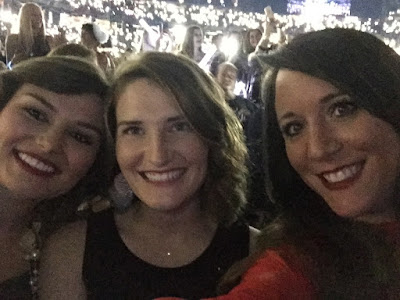 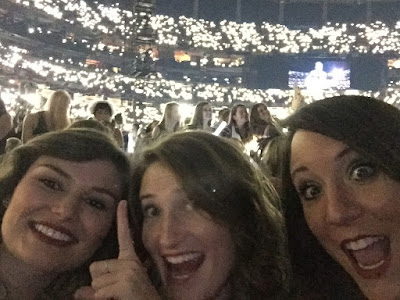 Everyone also got one of these glow bracelets.  They lit up throughout the concert with different colors and to the beat of the music.  It was awesome! 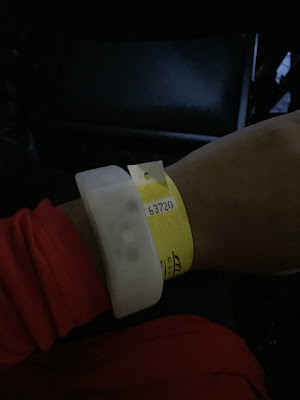 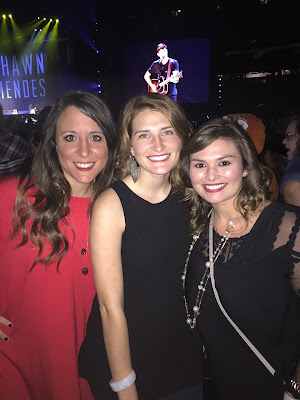 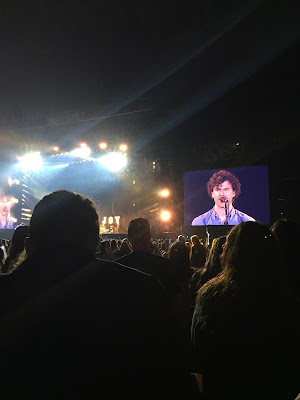 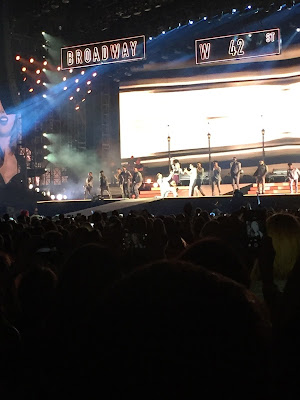 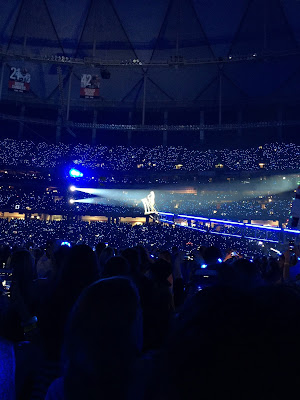 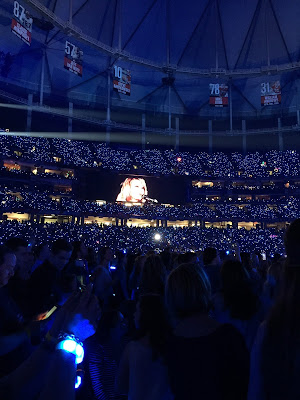 One of the funniest things of the night was our seat mates.  On the other side of Kayla were some crazy girls.  They were constantly crazy dancing, putting there rear ends in Kayla's face, taking up her personal space, etc.  It was hysterical.  On the other side of me, I had a very studios Asian girl (she was studying a psychology book on and off during the night) who literally stood in one place and never sang or moved the whole night.  We went from one extreme to the other.  We got a picture because this is how calm and still she was the entire time.  I loved it. 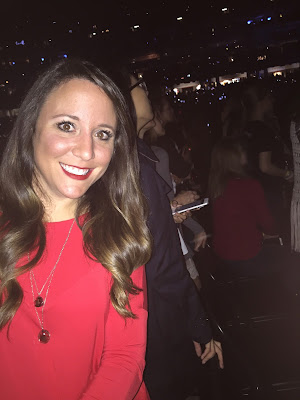 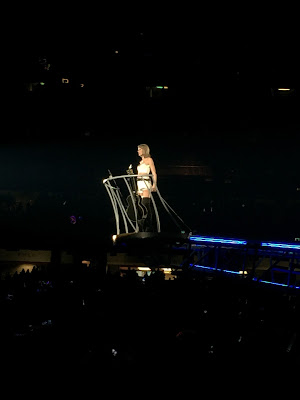 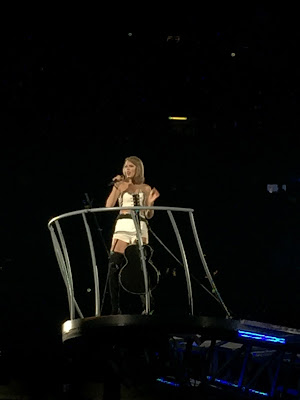 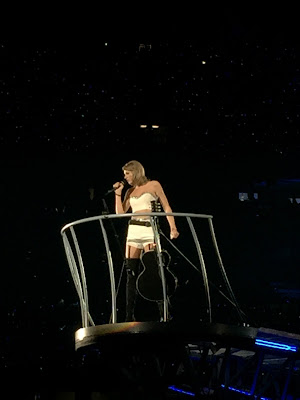 This one shows all the bracelets lit up! 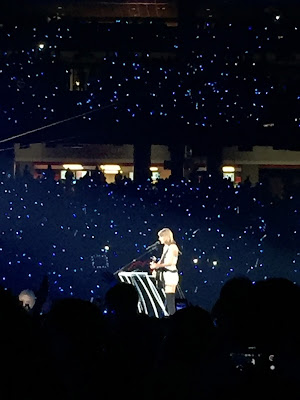 Her special guest was someone I had never heard of before, but here's a video of them singing Talking Bodies.

The concert was amazing and we all had the best time.  After getting lost walking down town and trying to find our car, we made it safely back with no issues.  It was a great night! 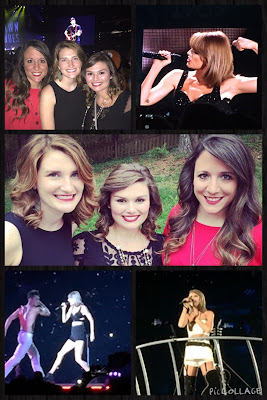 After the concert, lots of people were handing out diet cokes.  I grabbed one, drank a little, and kept it as a weapon in case we needed it (diet coke to the face!).  Kayla and Jordan made fun of me the whole time for it, but we were seriously lost down town miles from where we needed to go!  The next morning, we finally looked at the can, and look when we found!  Jordan was happy I had kept it at this point - haha. 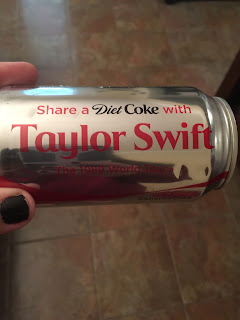