In a town nearby during the fall (and maybe other parts of the year?  I really have no idea), they host a big agricultural expo.  I'll be honest, I really have no idea about any of it.  I just know that lots of kids from my school miss school so that they can go.  I also remember attending when I was in middle school (and I still had no clue about it then - I was just pumped to get out of school for  day).  Matt said that he wanted to take Cooper, so they drove up there for the morning.  I just thought it was adorable that they wanted to spend time together doing this, and Cooper is always happy if there are tractors around.  I was proud of Matt, he even took pictures for me during their trip!

Ready for a boys morning out with Daddy! 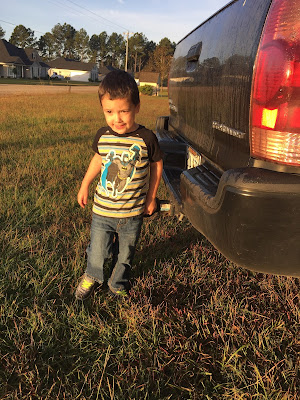 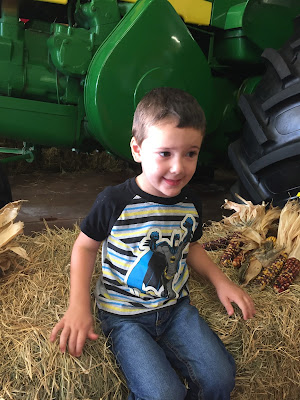 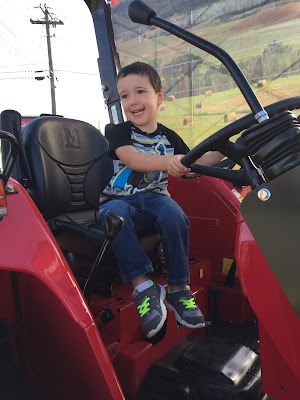 And even more tractors.  :) 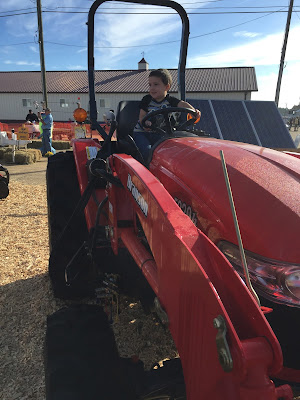 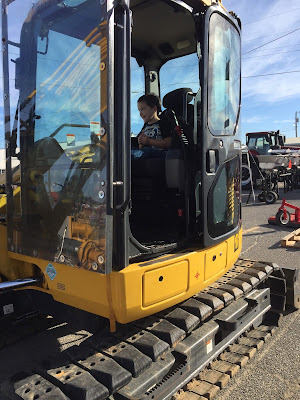 Matt said Cooper was happy and willing to sit on anything he was allowed to sit on. 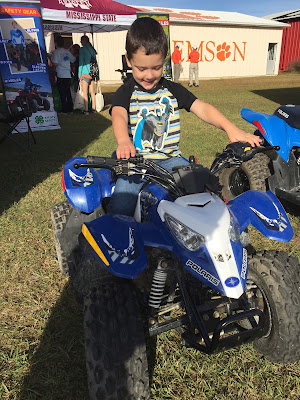 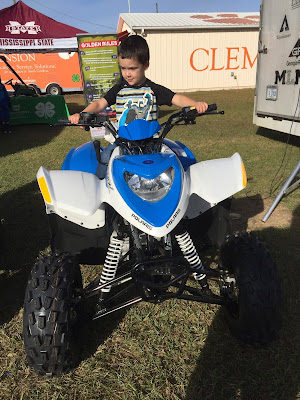 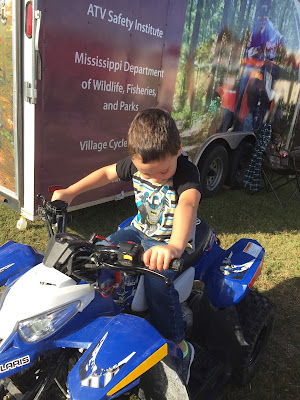 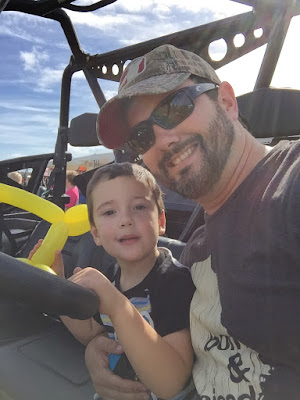 I guess there's an animal area also (but again - I don't know why).  I don't know if you can touch them or anything.  Cooper isn't as "into" animals as LL is, but Matt said he had fun looking at them. 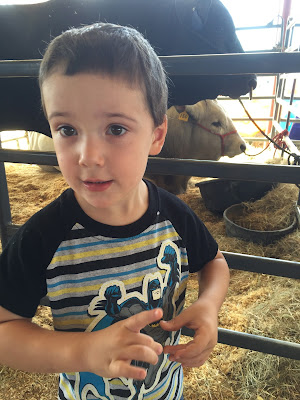 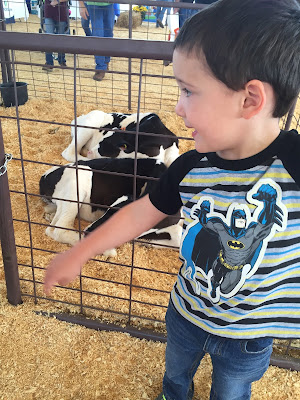 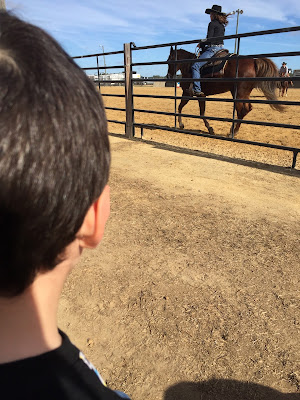 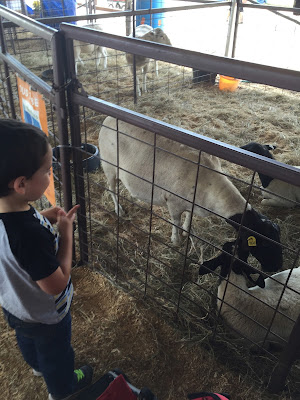 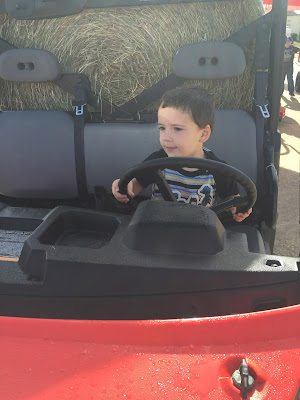 My boys had such a good day, and I'm glad they got some good daddy/son time in together!