I was so excited about this year's Azalea Festival.  I mean, duh, I'm always excited, but this year Cooper is down to one nap, so I knew that it would be soooo much easier.  Last year was pretty stressful trying to fit it in around his schedule.  The festival starts at 10, and Cooper doesn't need to go down for his nap until 12:30 (or 1:00 if we push it a little).  I knew that would give us plenty of time to do what we wanted to and to leave right as it would be getting super crowded.

The week before the festival, my sister decided to come down for the weekend.  Ben had been saying that he wanted to see Cooper and LL, so this weekend worked out perfectly.  Having something to do for three kids is always the best situation.

Just like last year, we headed to the horses and games first!  Ben recently did allergy tests and horses came back on the top of his list, so just LL and Cooper rode. 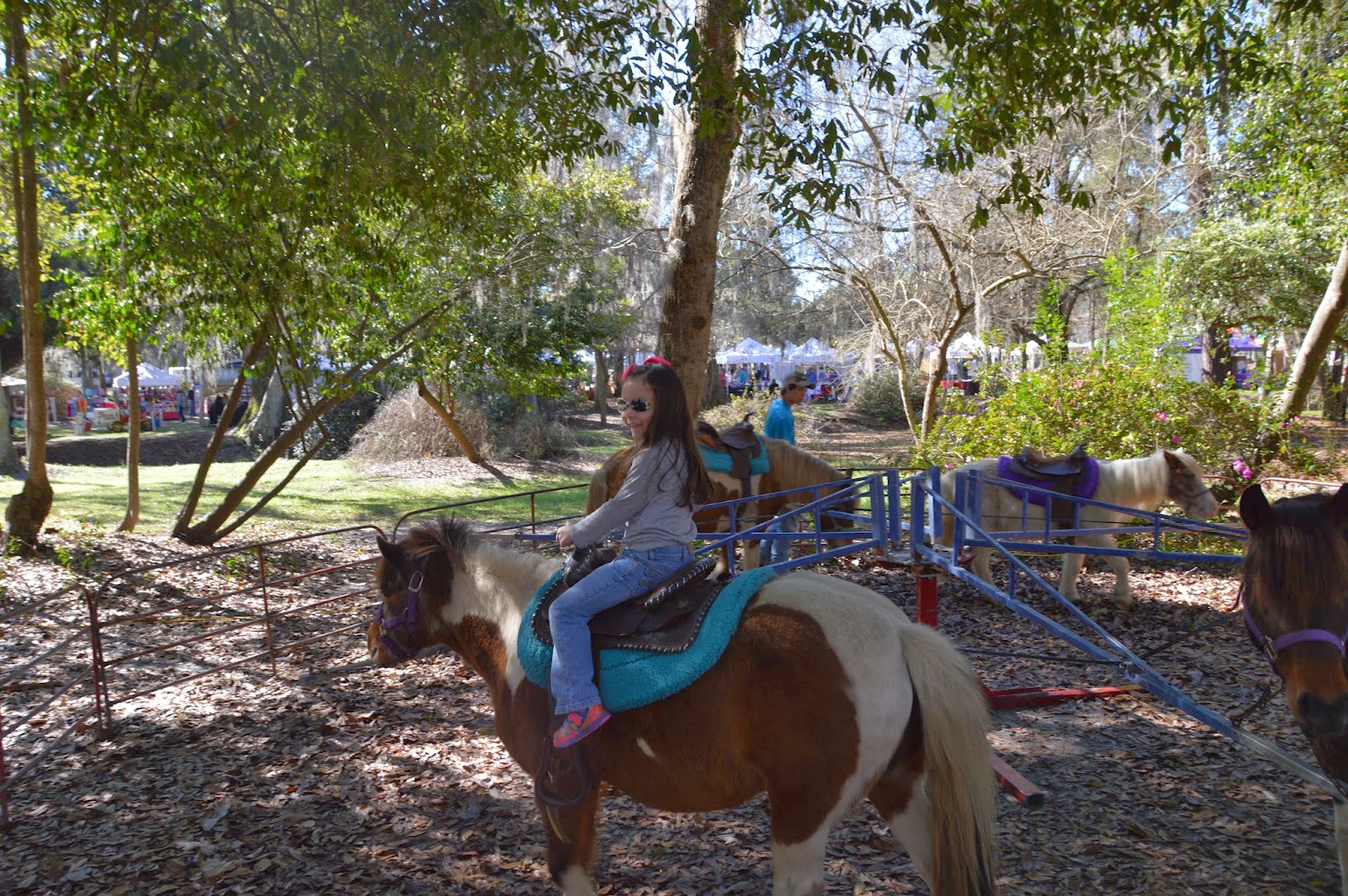 LL is a pro at this by now! 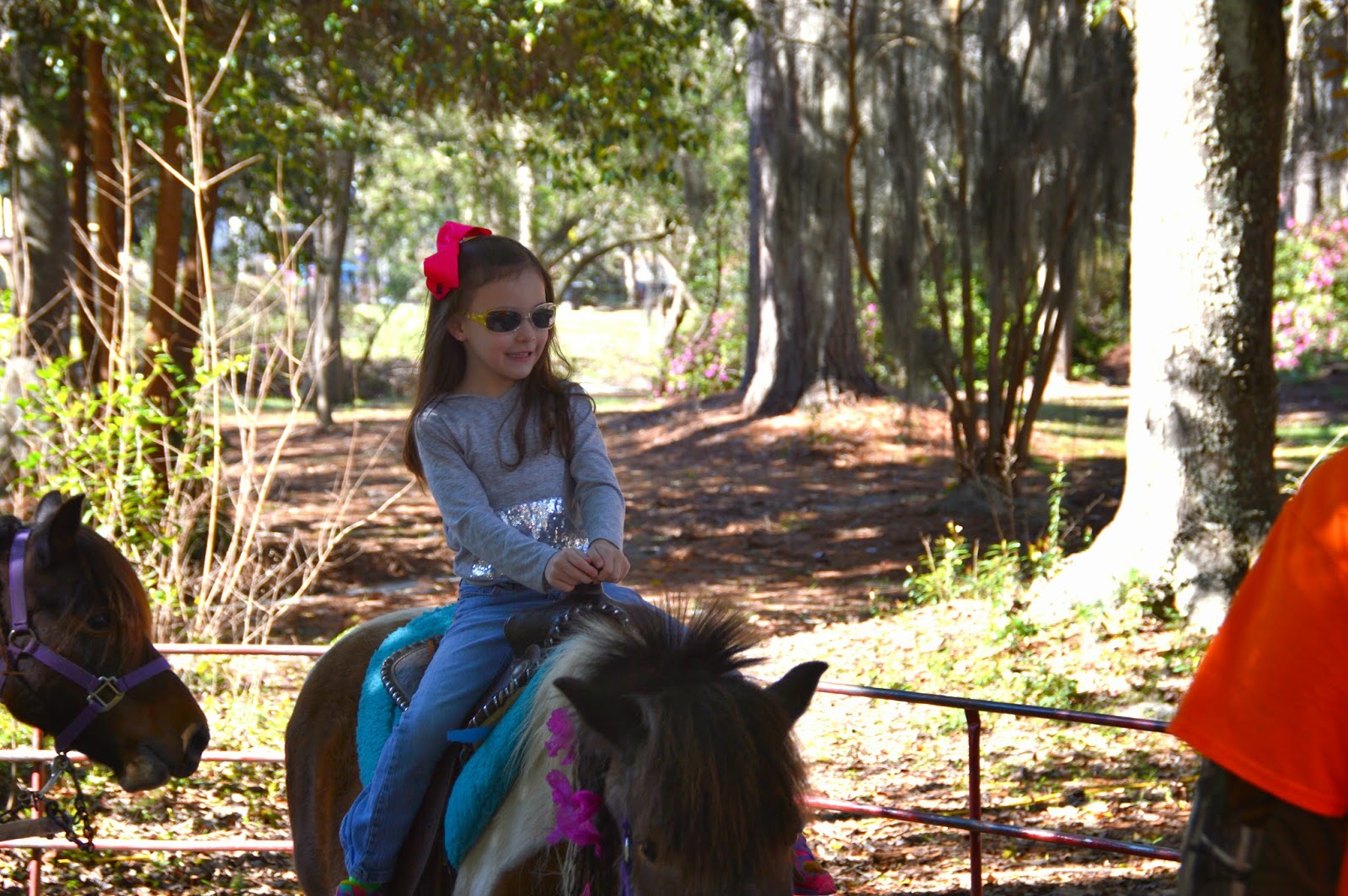 Cooper was still not so sure.  He rode a horse for the first time and the Honey Bee Festival in October, but he still is unsure of them.  He wold not let me take my arm from around him, and he had a firm grip on me the entire time. 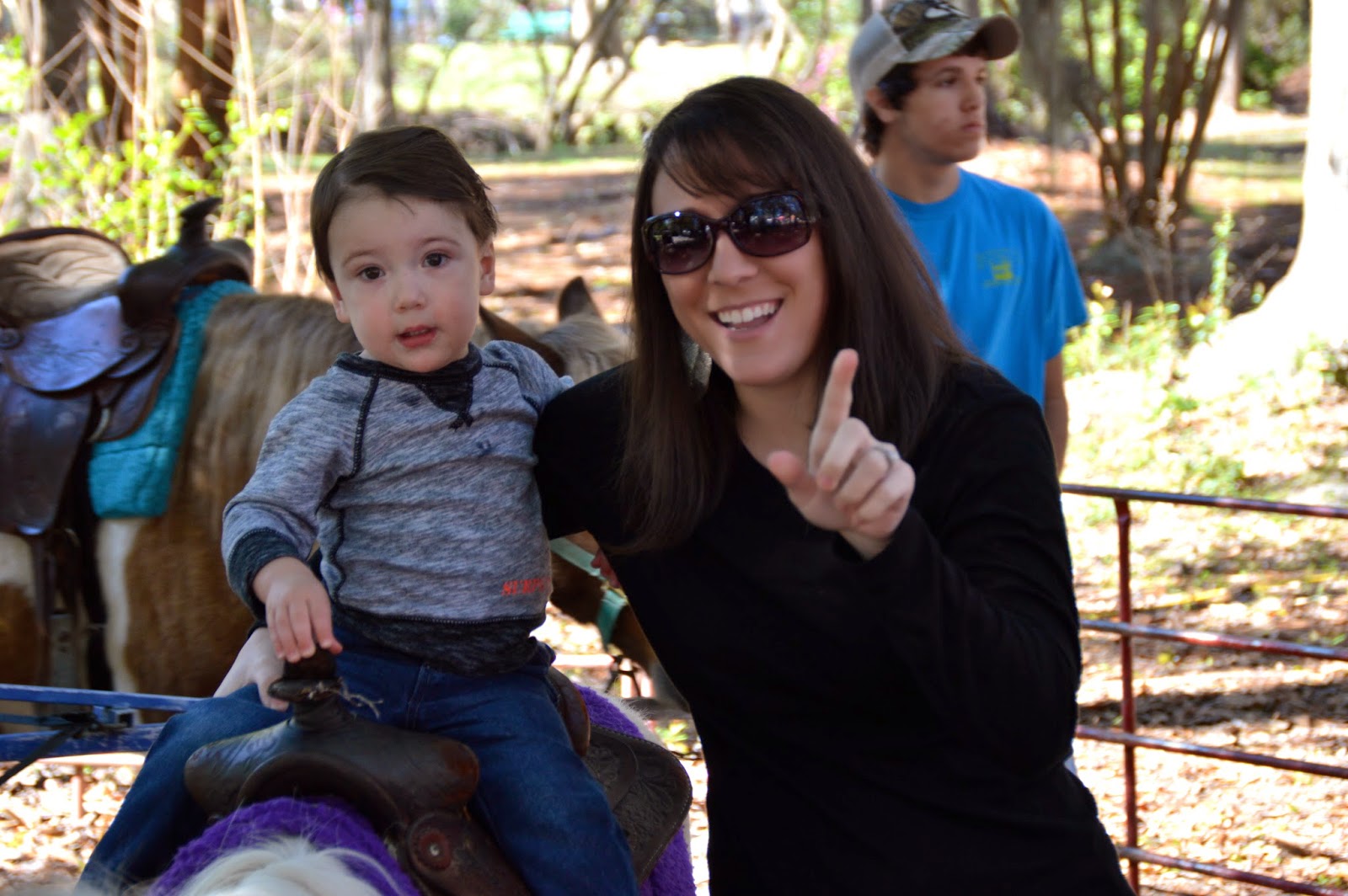 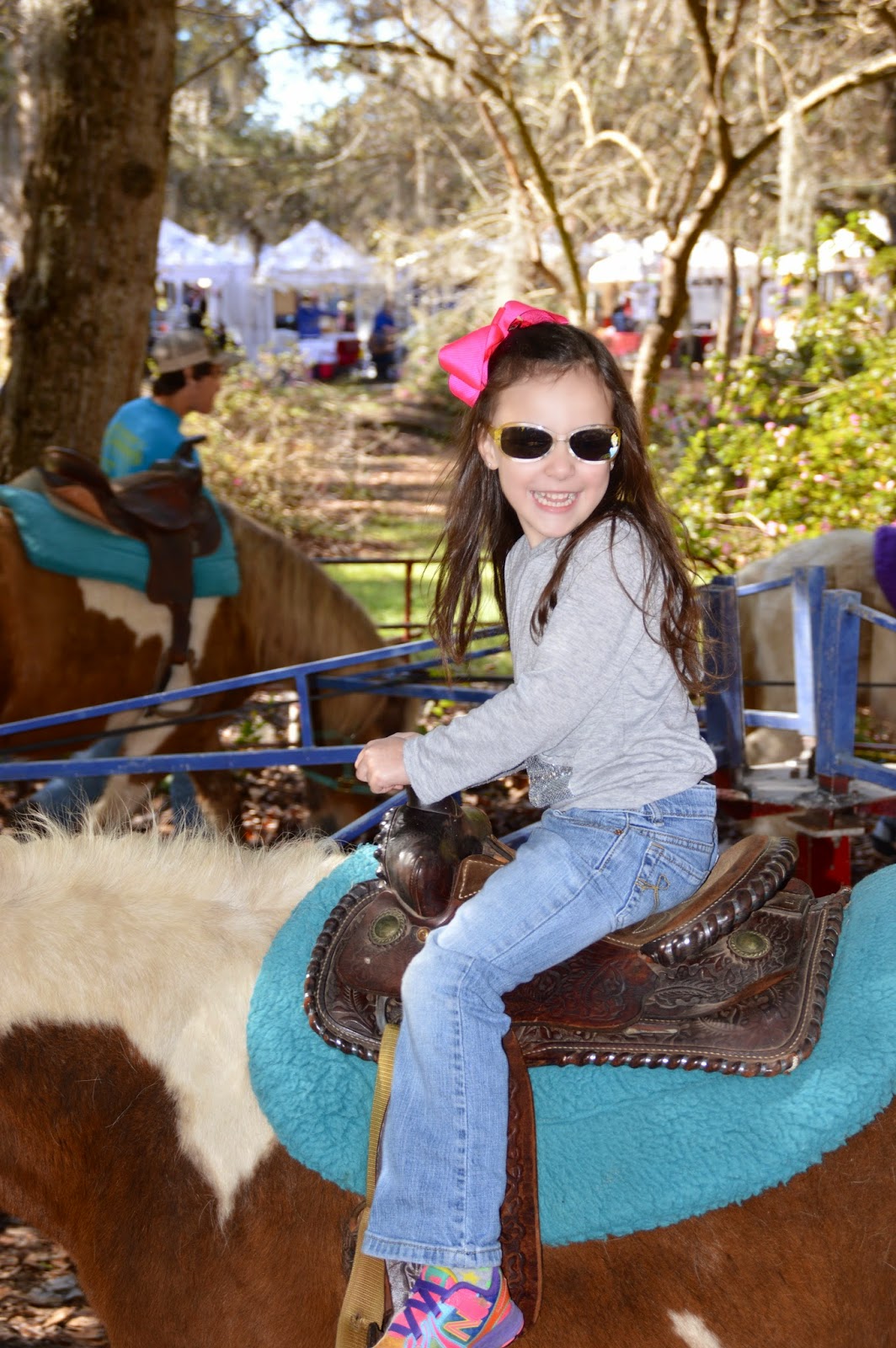 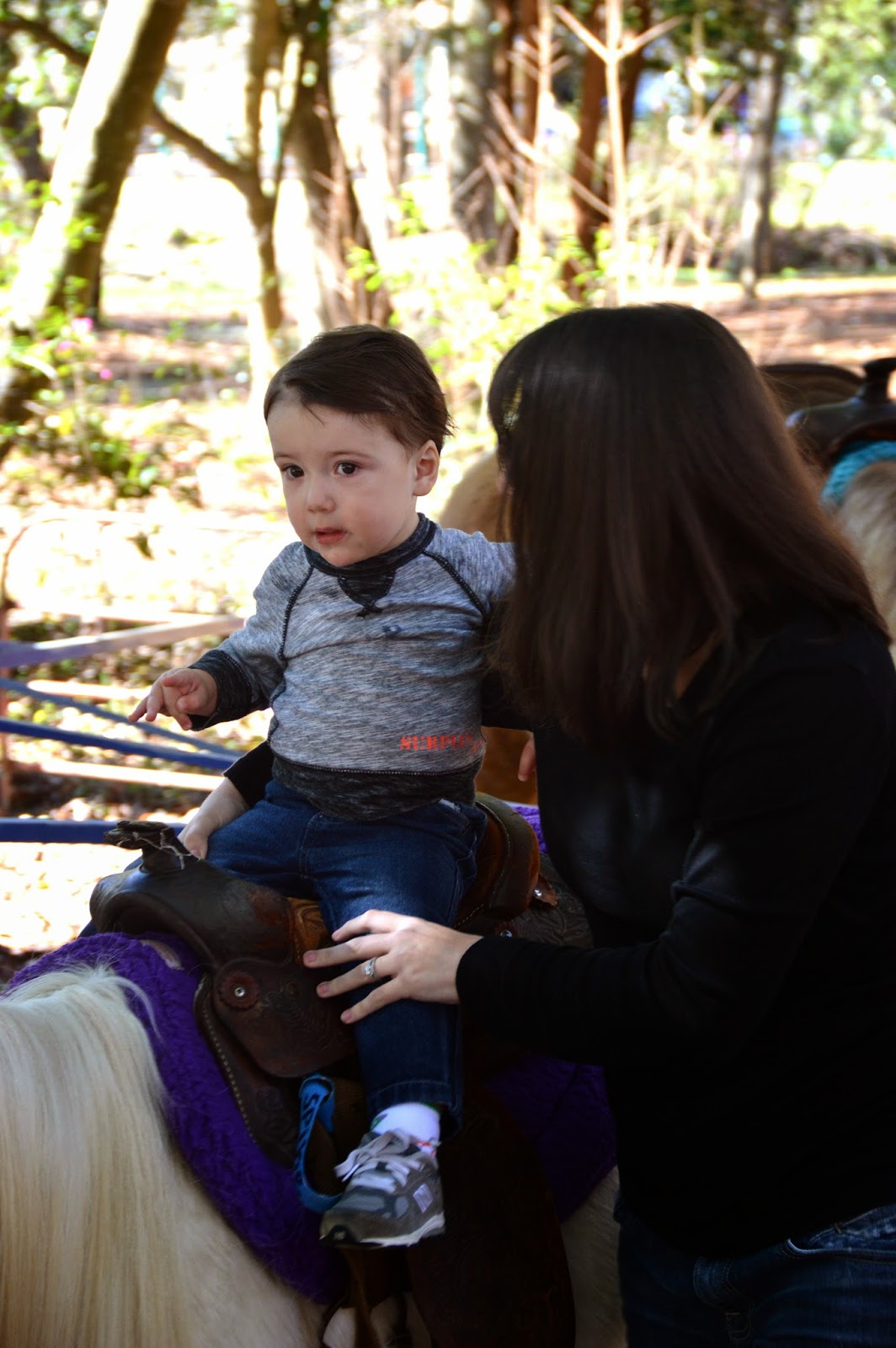 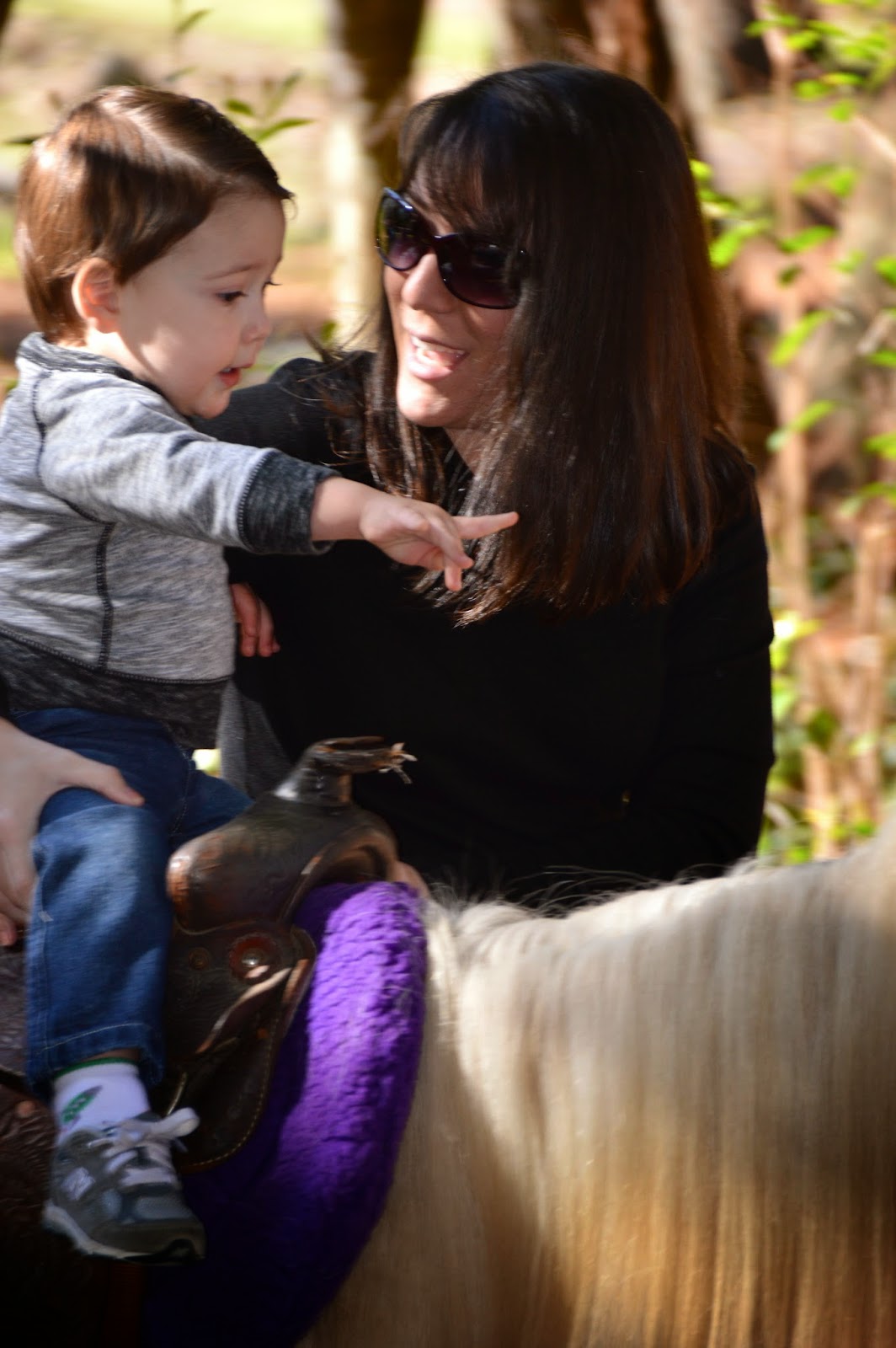 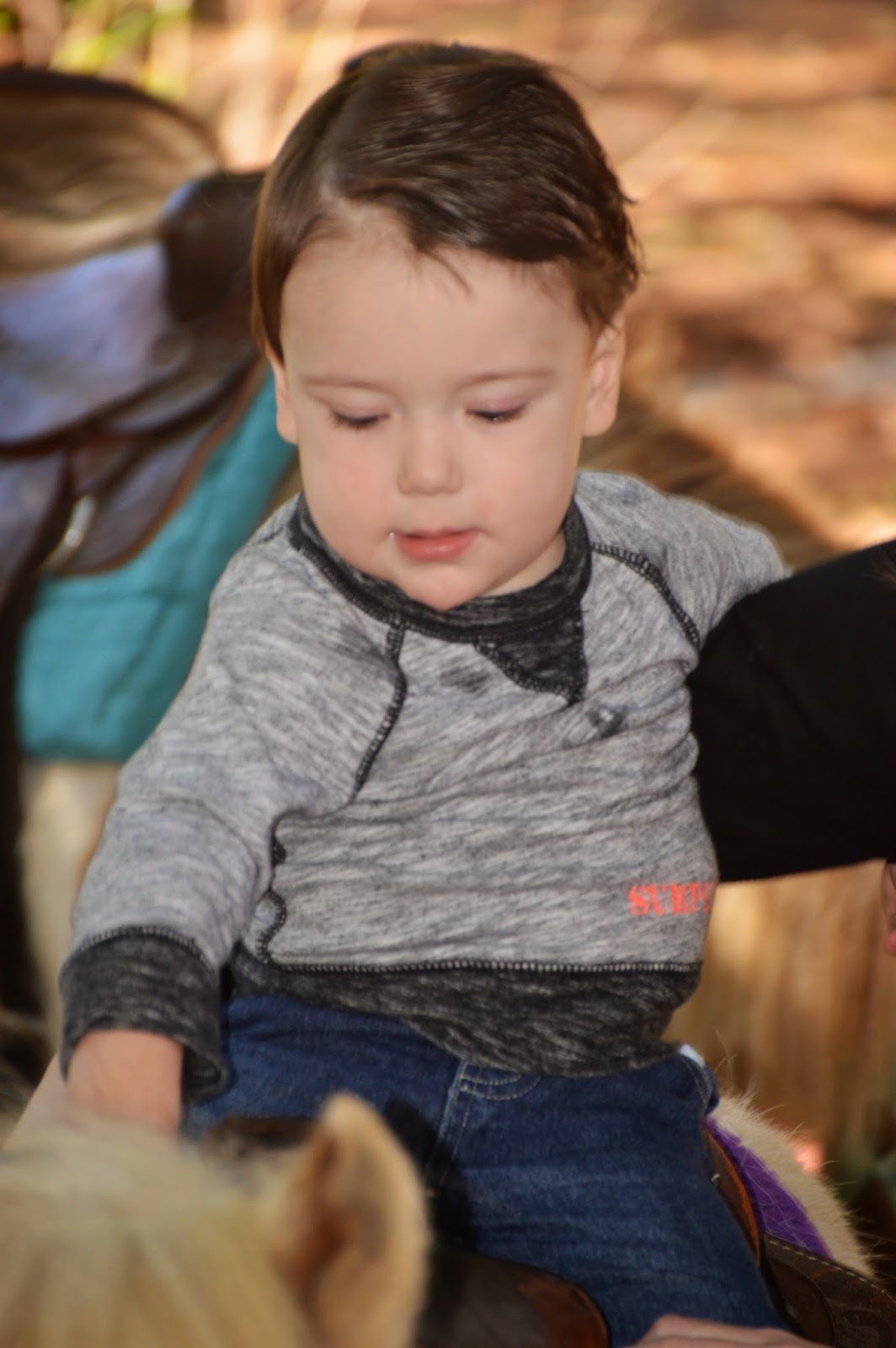 Right next to the horses was a random helicopter ride, so the big kids rode that while Cooper watched. 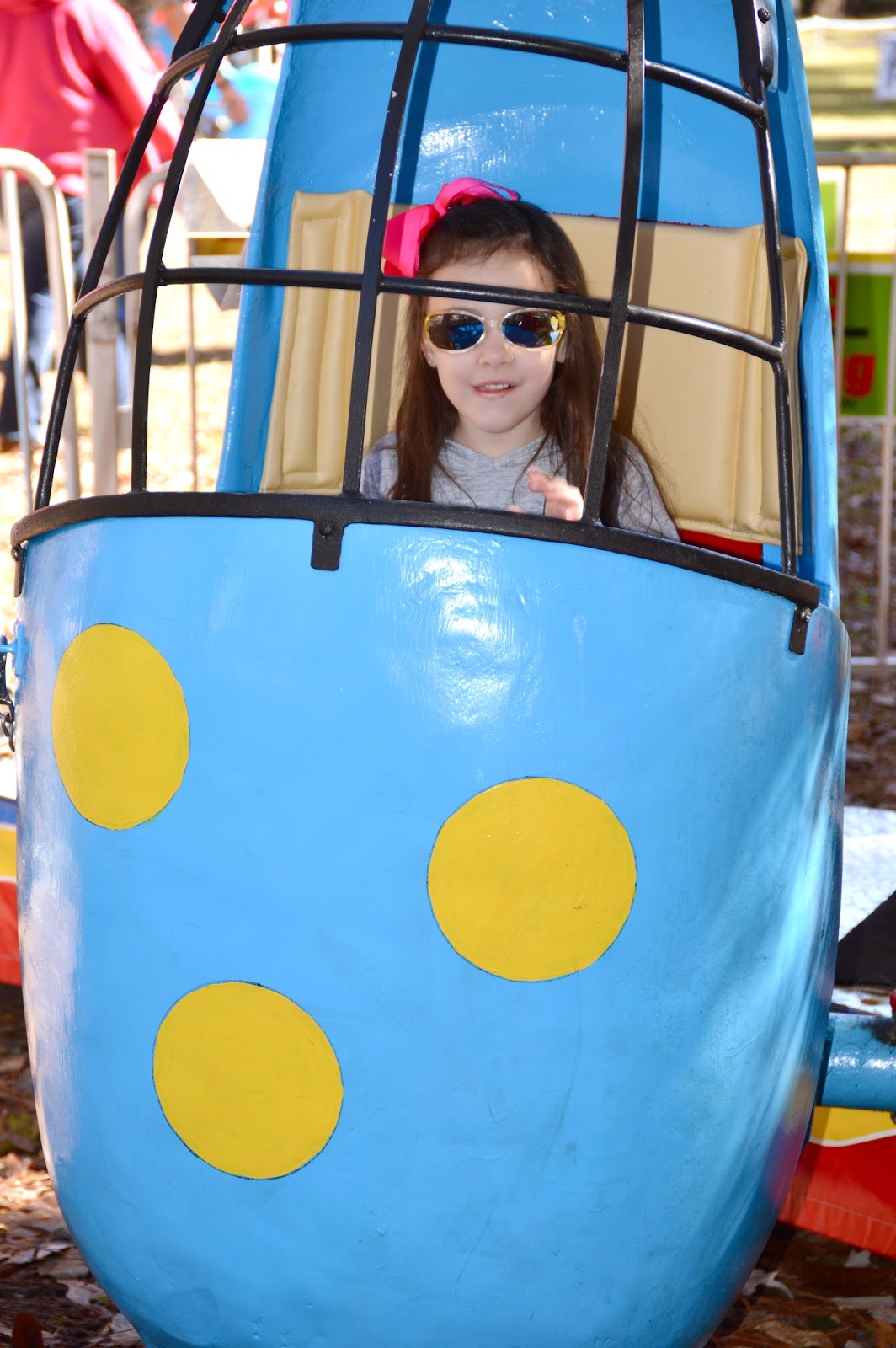 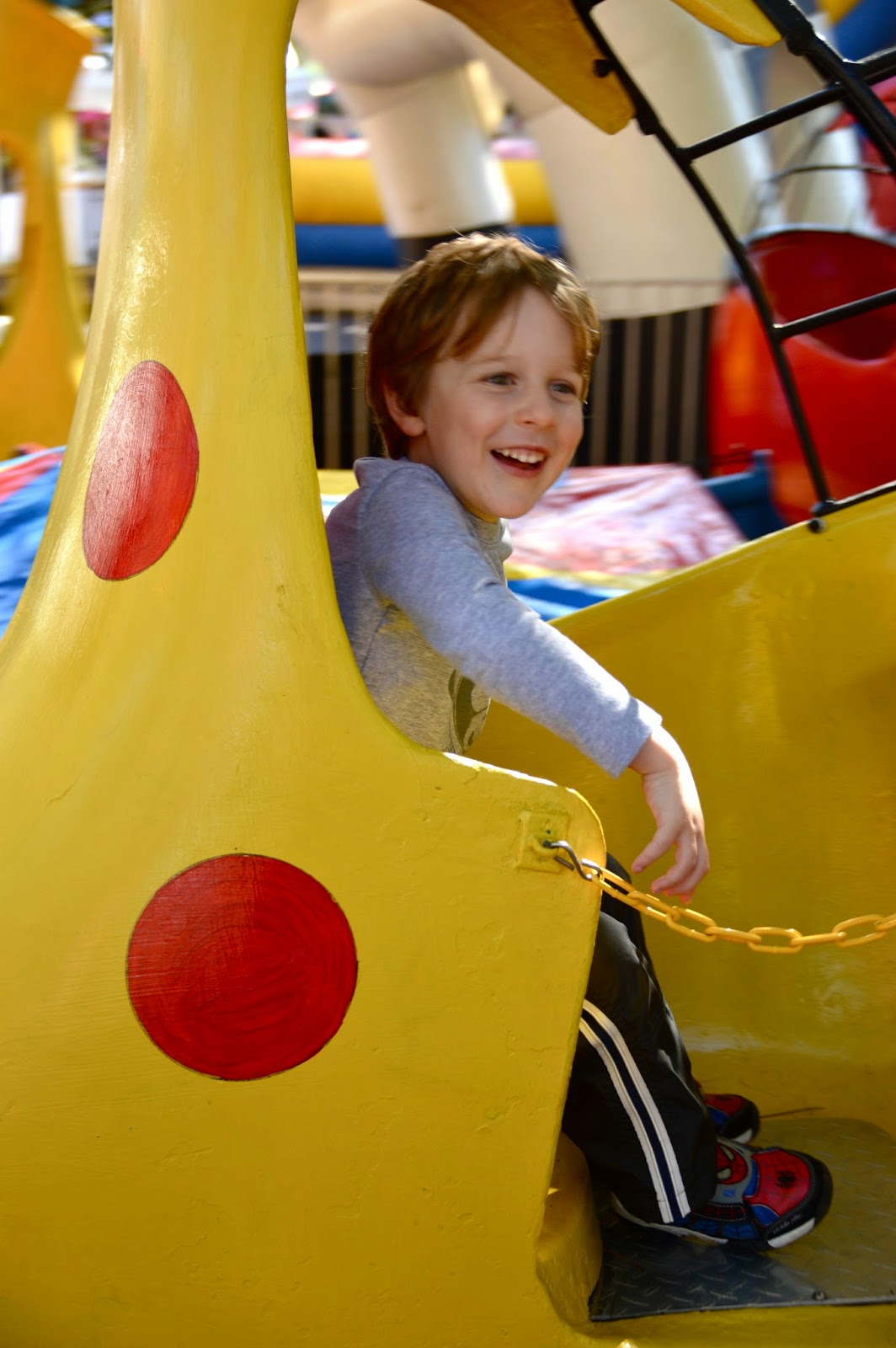 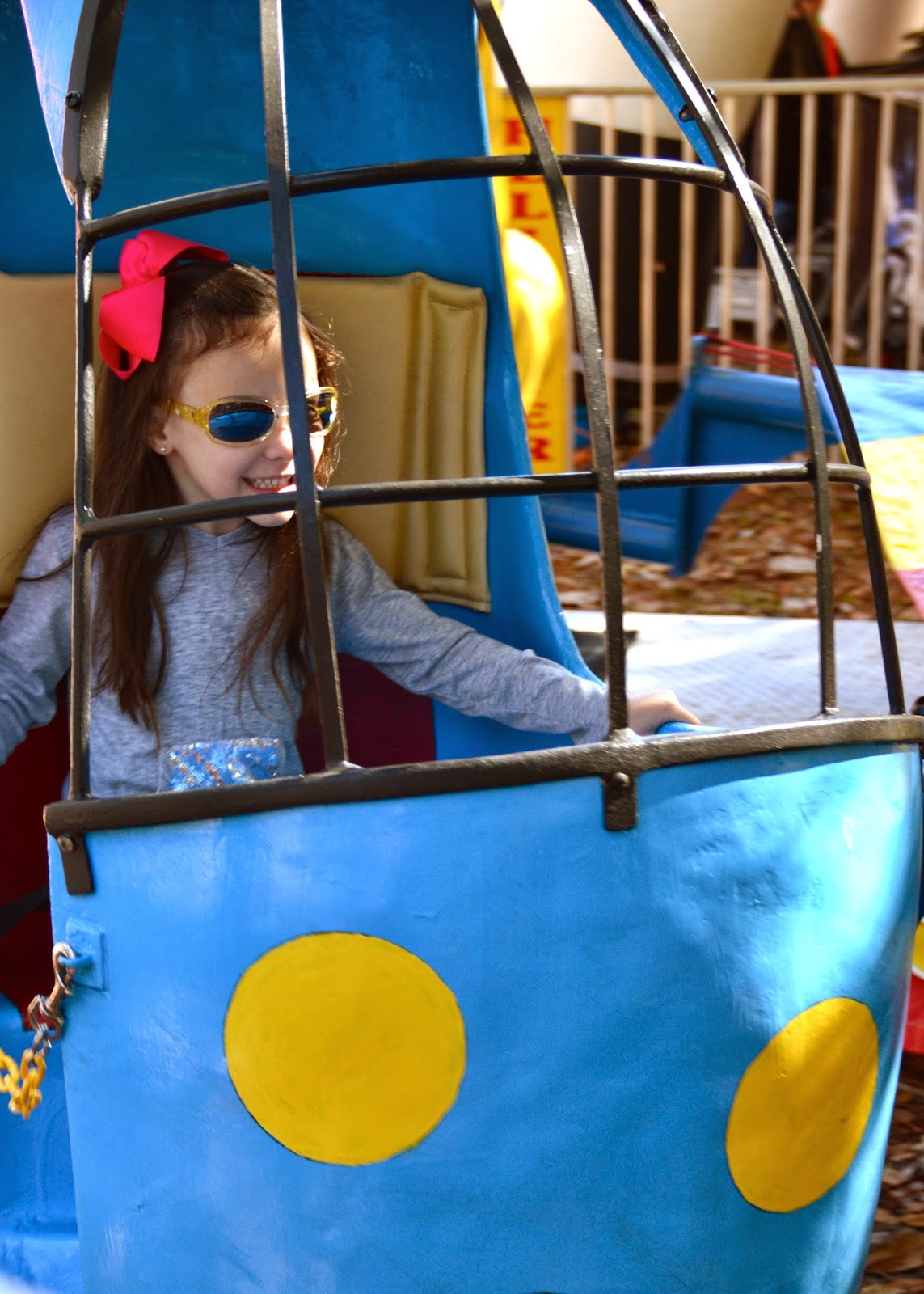 He was content to hang with Daddy and watch. 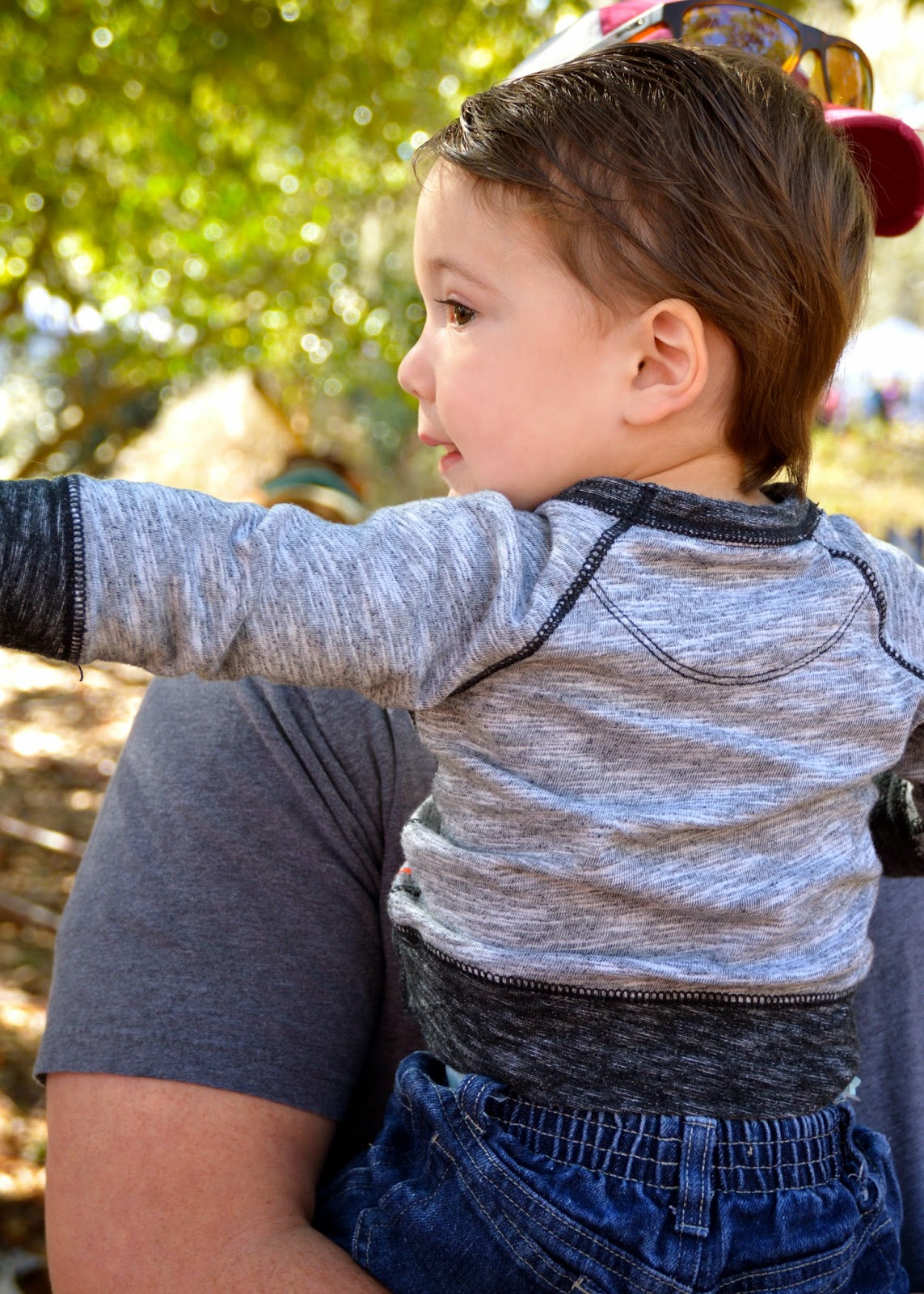 Next up was taking a peek at the tiger.  He was sleeping, so it wasn't interesting for very long.  But it is neat to see one so close up! 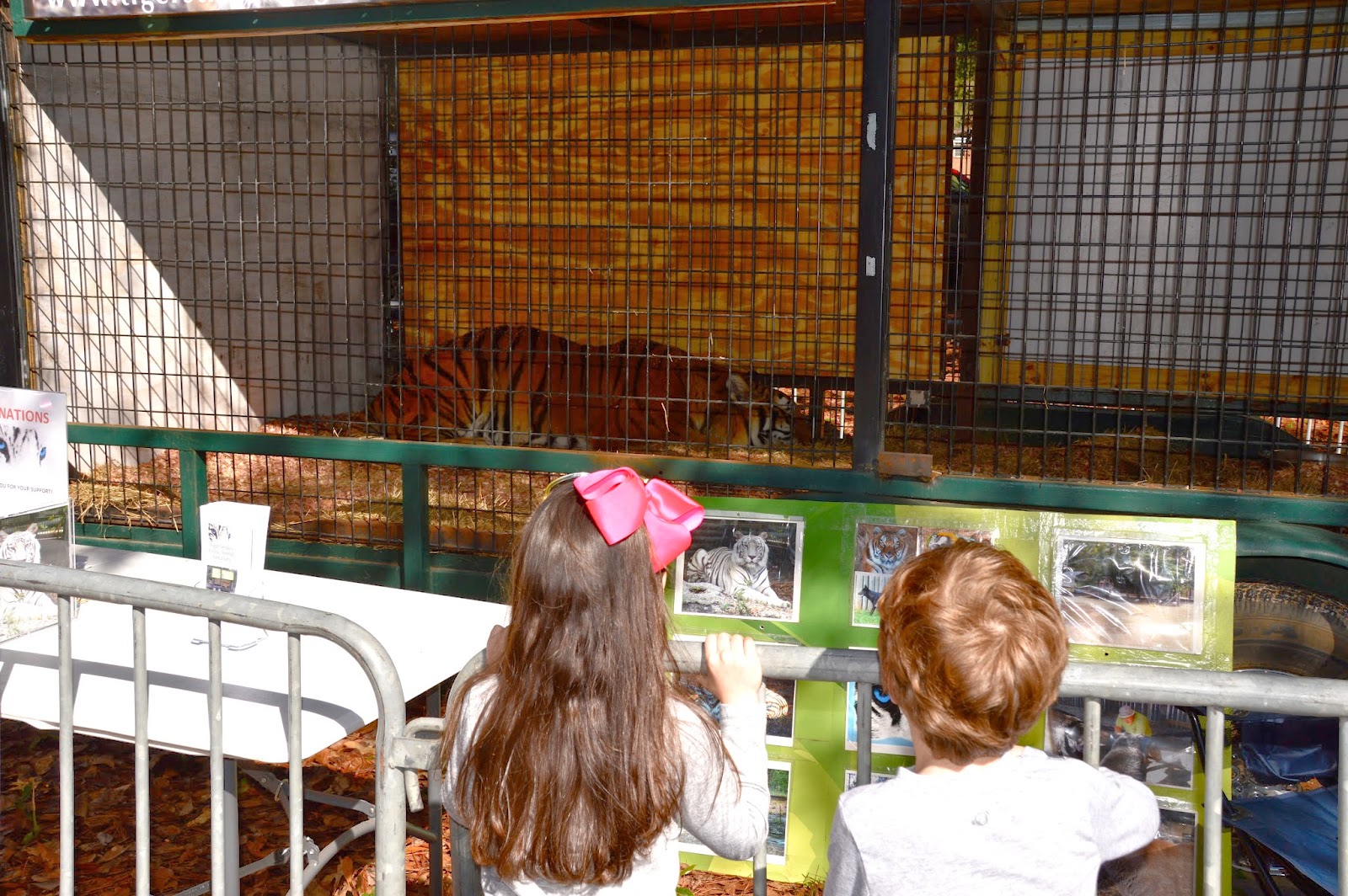 Last up on the rides was the train.  Somehow, Laura and Matt both opted for me to take Cooper.  And I quickly realized that they had the better end of the deal.  The train ride was super jerky and not comfortable at all.  Even the kids said something about how it made their teeth bang together.  We were the only ones on the train, and the driver asked if we wanted to go around for a third time.  It was a quick "no" from me! 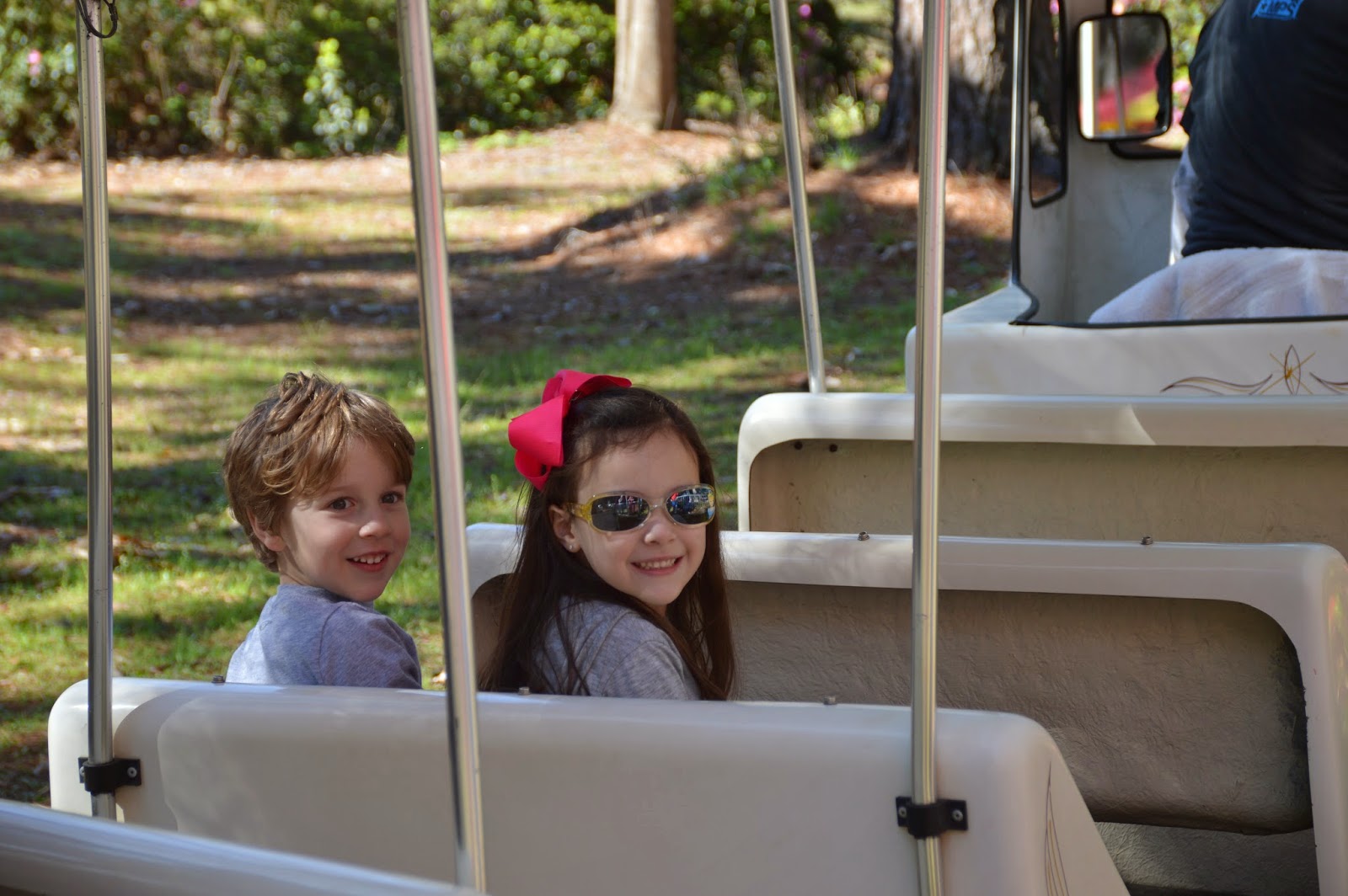 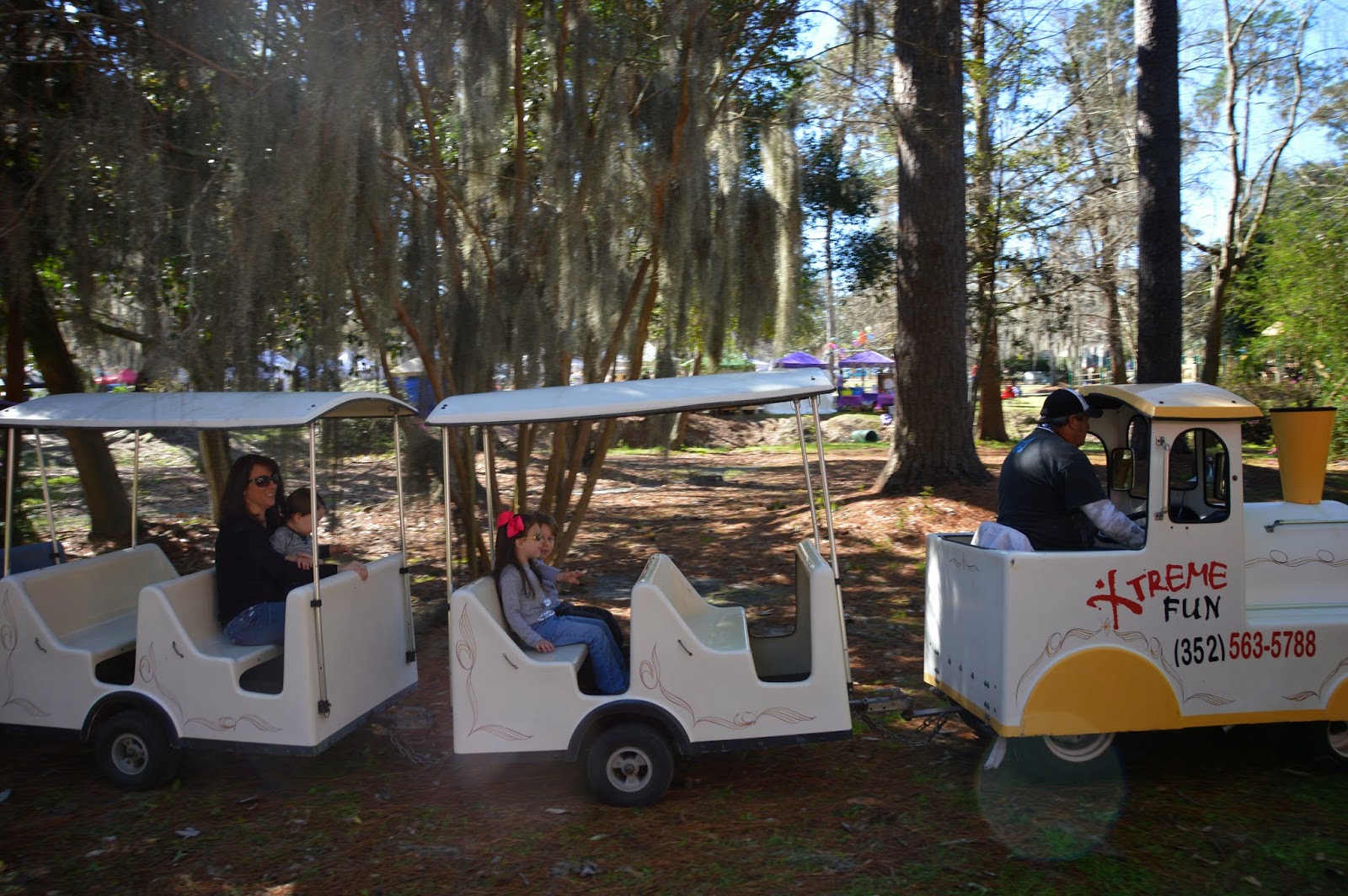 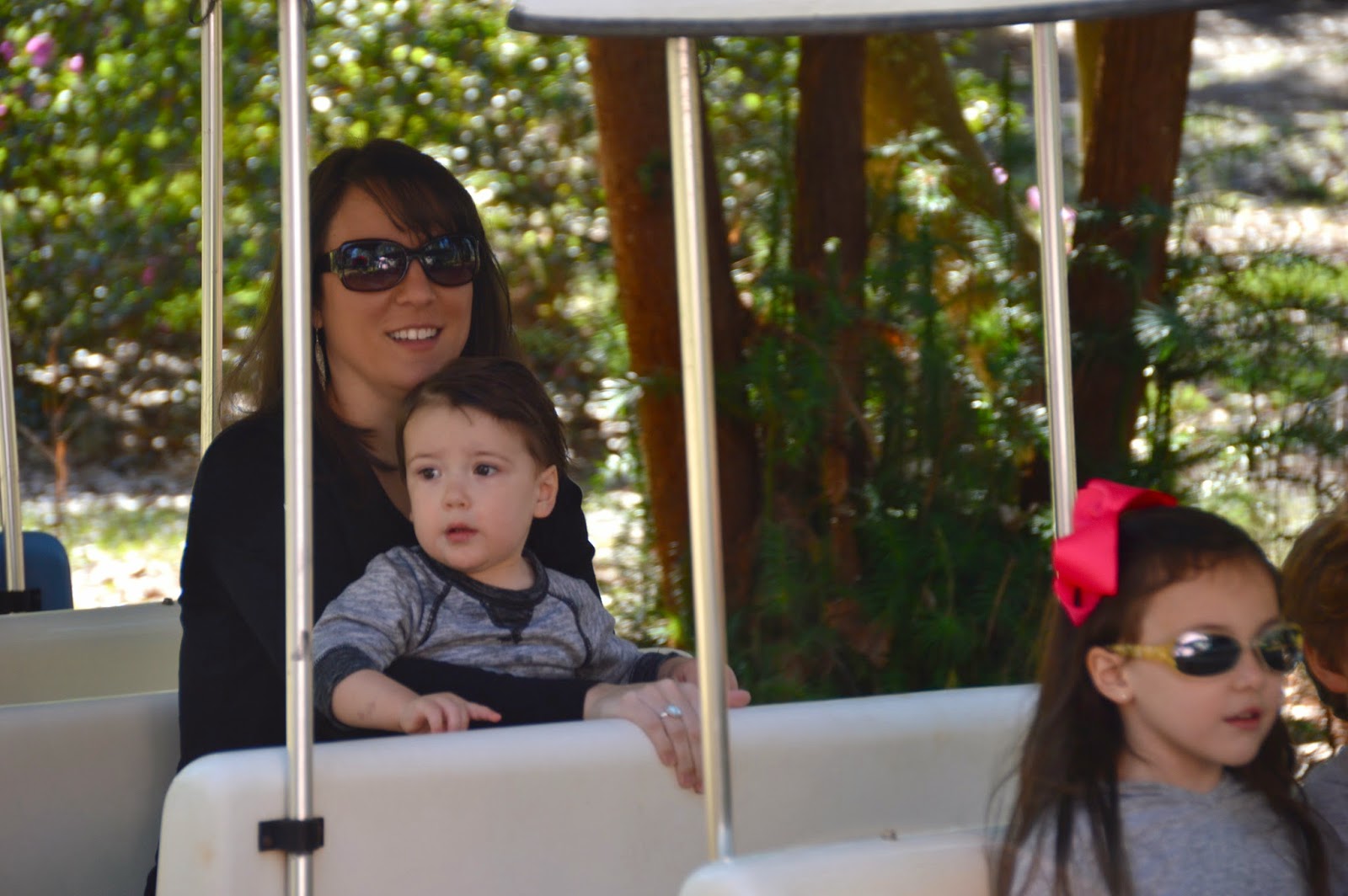 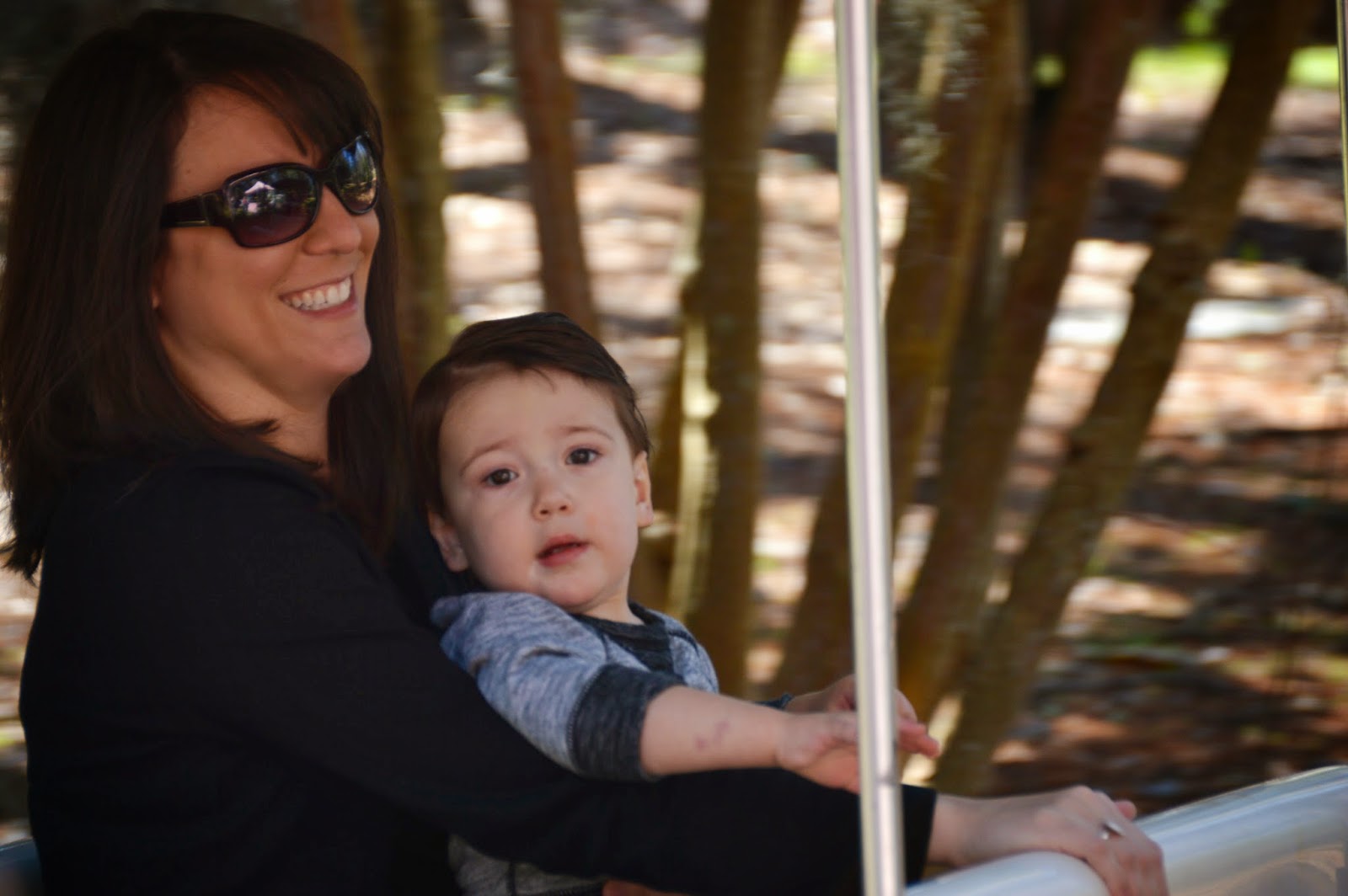 There was a random duck walking around in costume?  I have no idea what for, but LL and Ben were excited to see him! 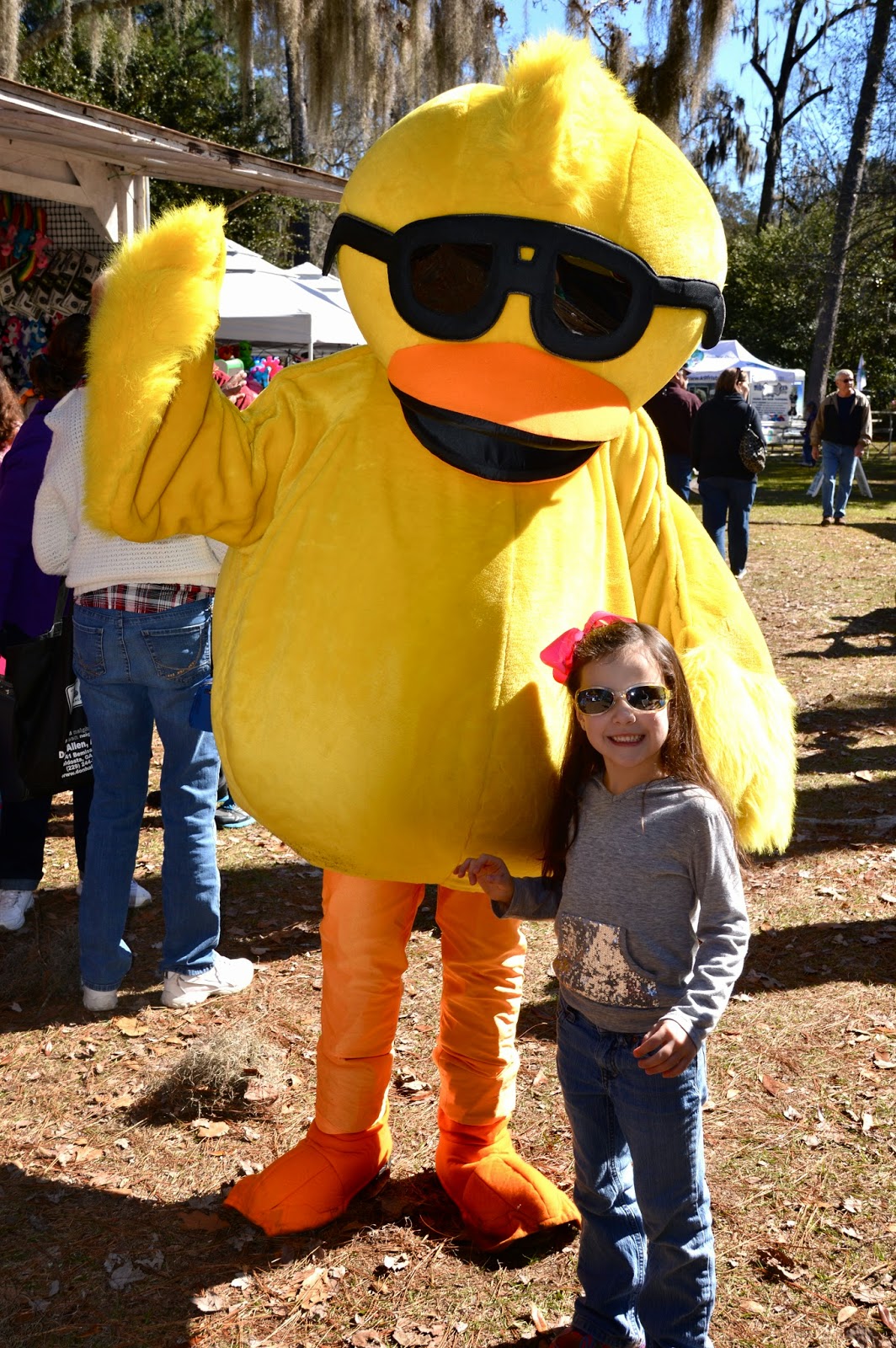 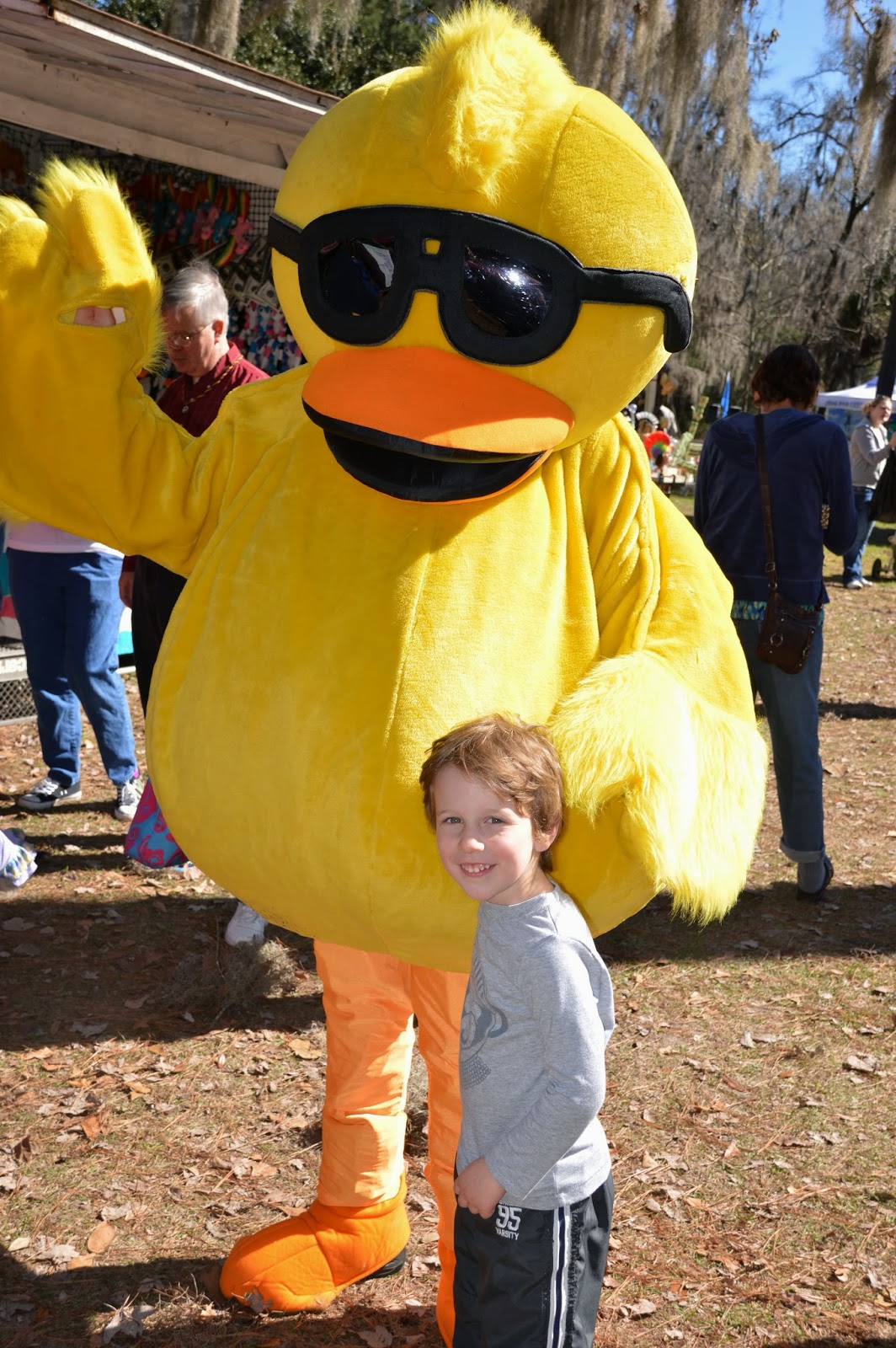 The big kids talked Matt into doing a "strong man" game, and they both won prizes. 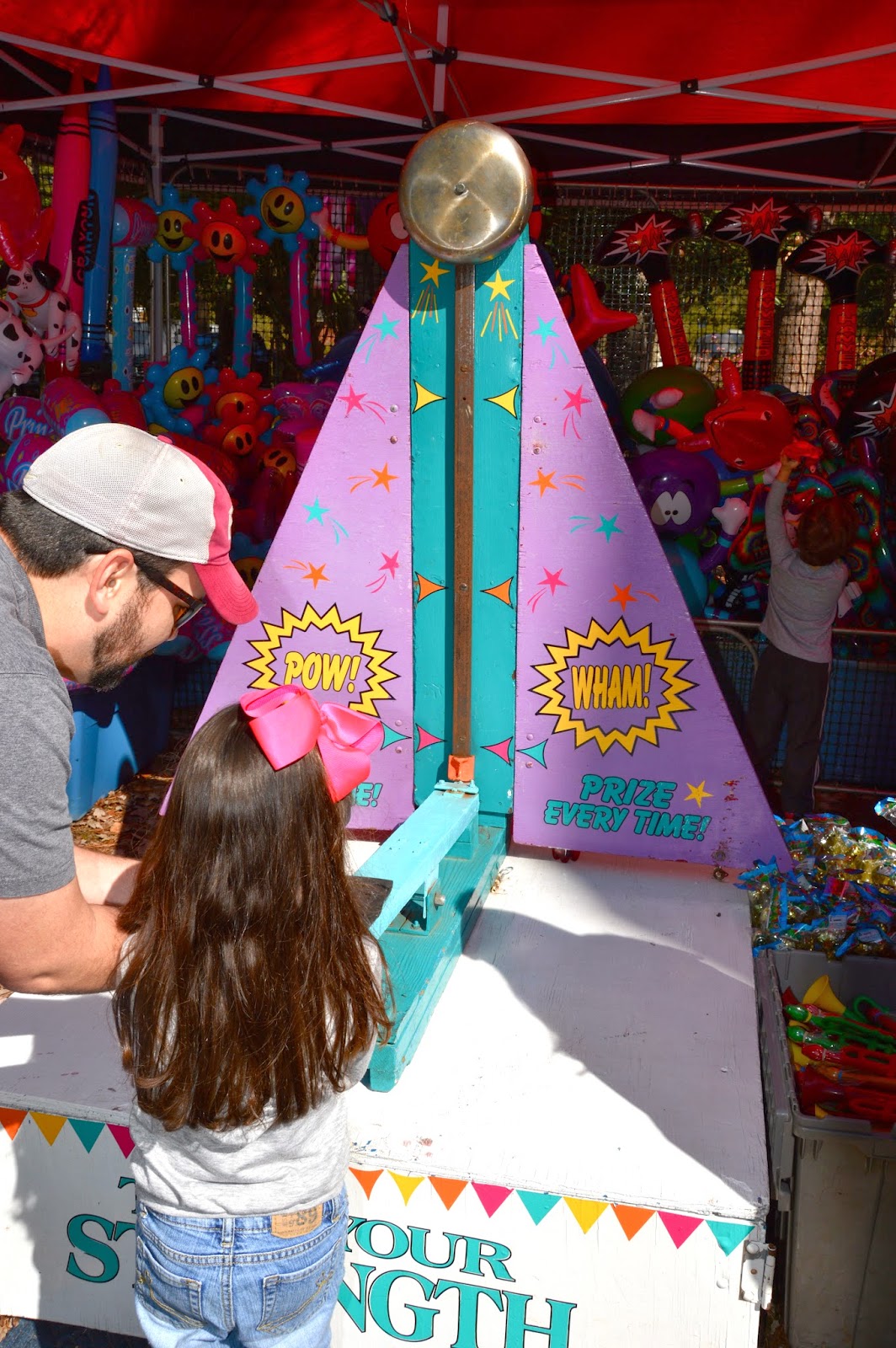 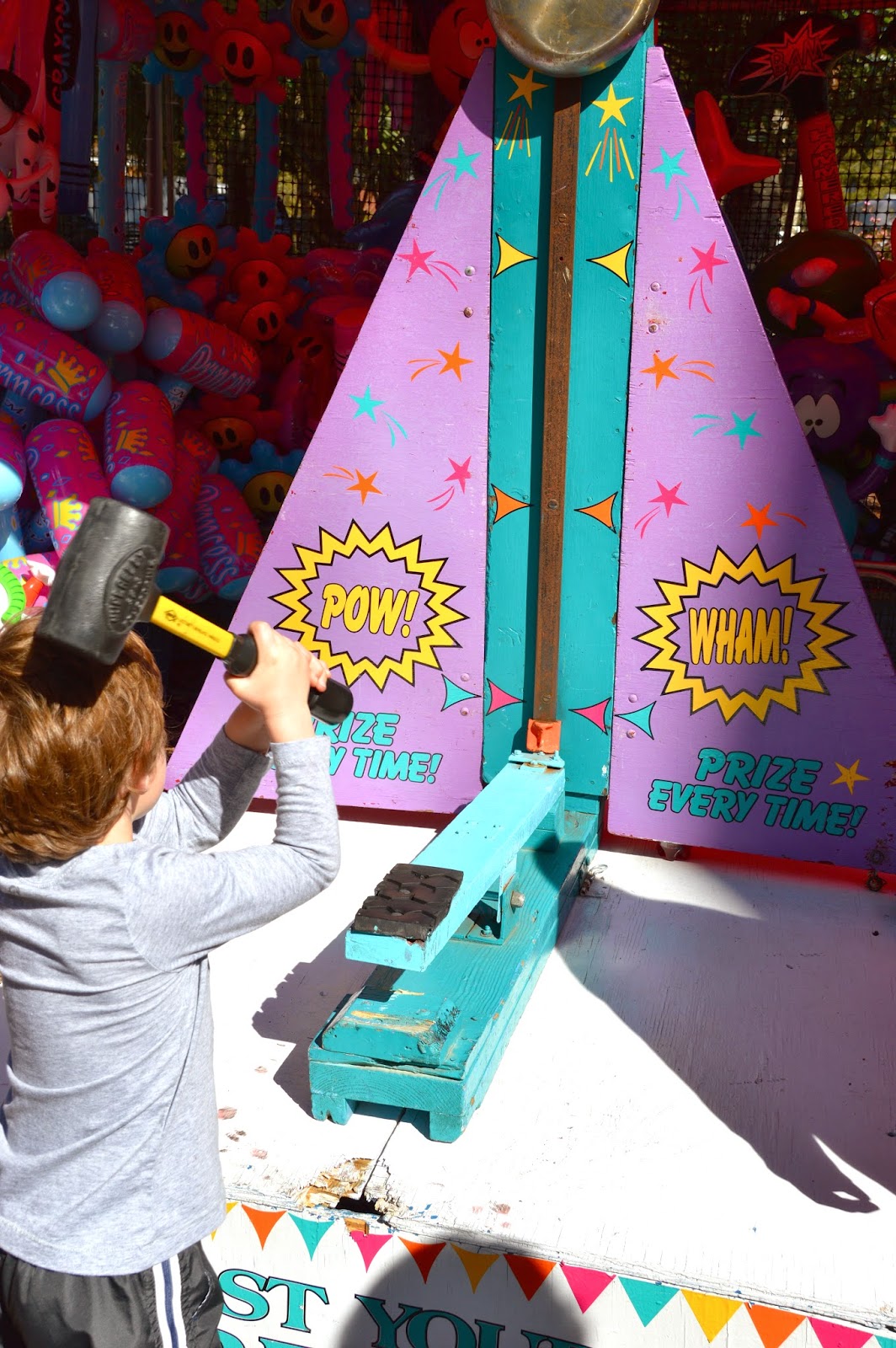 After all of the fun stuff, we walked around and looked at all of the booths.  Then, it was time for my favorite part - lunch!  I had the forethought to pack a lunch for the kids, and they were much happier with their sandwich, goldfish, and fruit than with anything we would have bought them.  We kind of had a family meet up with Gigi, Poppy, Grammy, and Pop during lunch.  We chowed down on all of my favorites: gyros and funnel cakes.  We also tried a fried oreo for the first time, and let me say, I'm really not a fan.

I love my family! 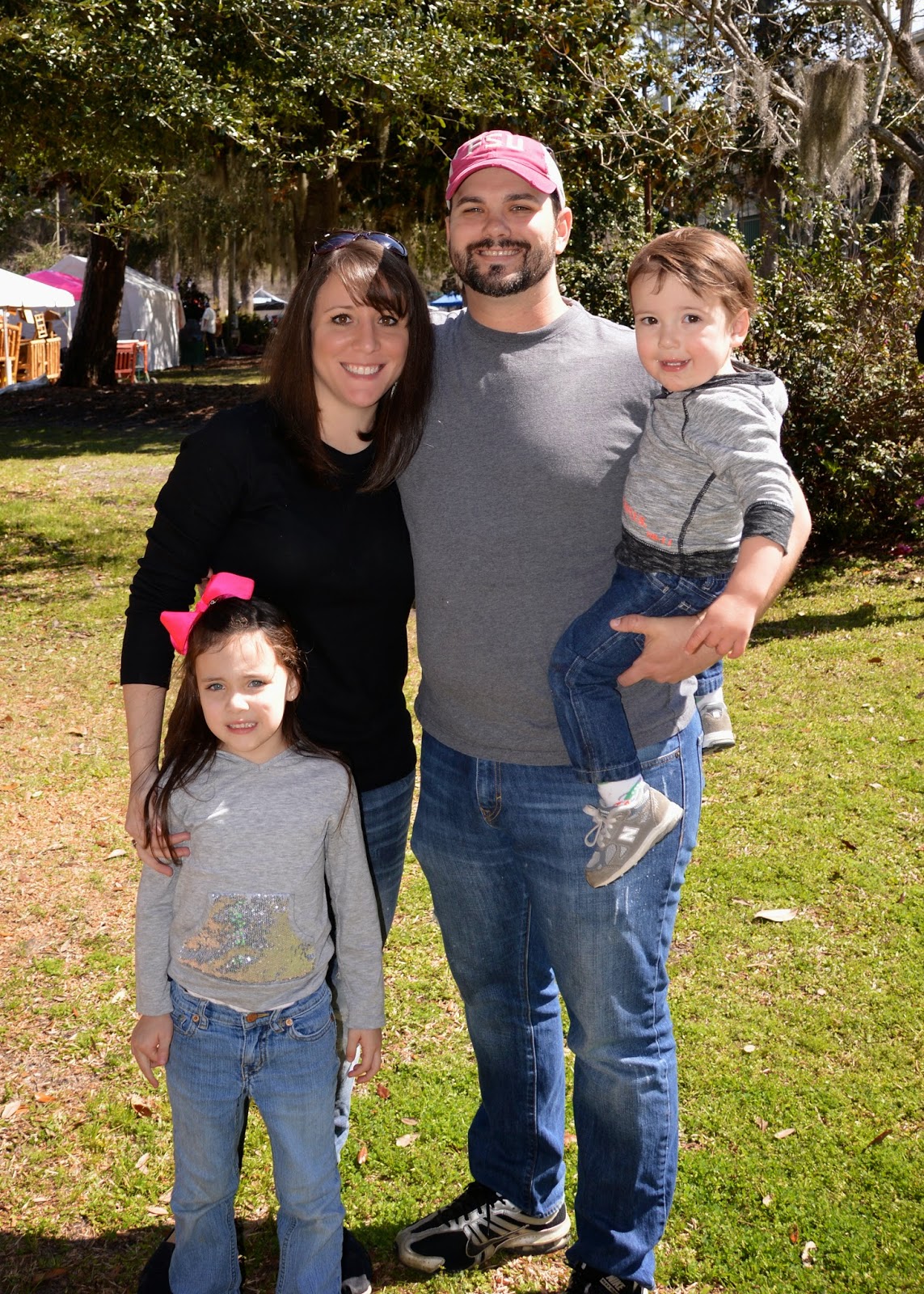 I'm so glad these two were with us! 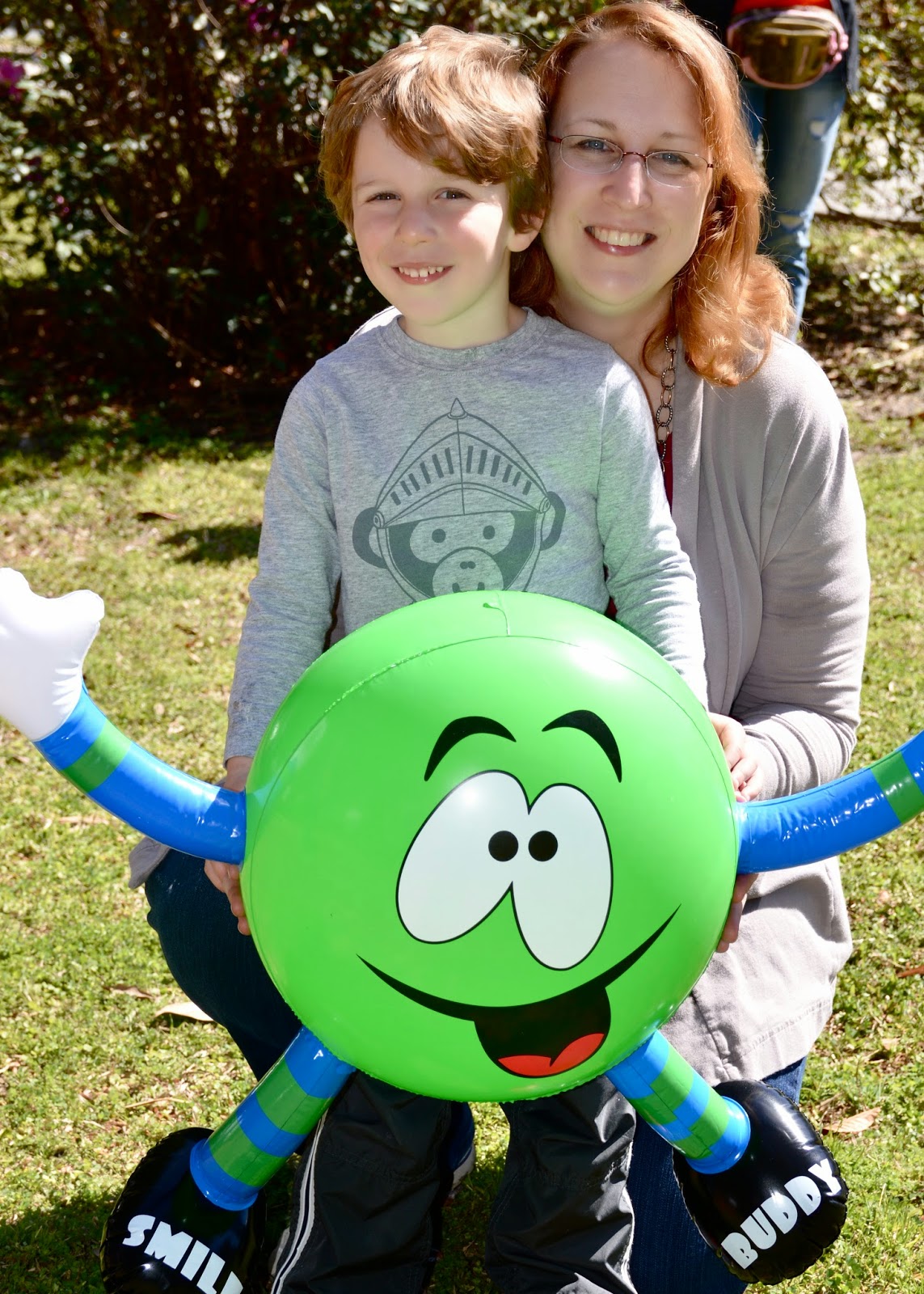 We all had such a great time, and this always signals the start of Spring for me.  Bring on the warm weather!

allergic to horses? I have NEVER heard that before!!!! good thing they don't live on a farm or anything but that still stinks! poor kid!

Glad y'all enjoyed it! i know you are DYING for my post with all three pictures I took of my kids just playing on the playground haha I'm a festival buzz kill!!!!