Way back at the beginning of the year, my sister started planning a trip to Disney for Ben's birthday.  Originally, they asked if they could take LL with them when they went.  After a million different plan changes, it ended up being just me, my sister, LL, and Ben.  It actually worked out wonderfully because it turned into our girls' trip for the year.  Of course, we missed the boys a ton (Daddy, Cooper, and Uncle Gino) - but how can you not have a blast at Disney World??  Our trip was scheduled for September 6-10.  We drove down on the 6th, went to Magic Kingdom on the 7th, Hollywood Studios on the 8th, Magic Kingdom on the 9th, and home on the 10th.

On Friday, we left right around lunch time and headed straight for our resort.  We stayed at the new(ish) Art of Animation.  It was AWESOME!  The last time we came to Disney, we didn't stay on property.  I think I'm now a believer and don't know how I WON'T stay on property anymore.  It was just so awesome and totally worth it. 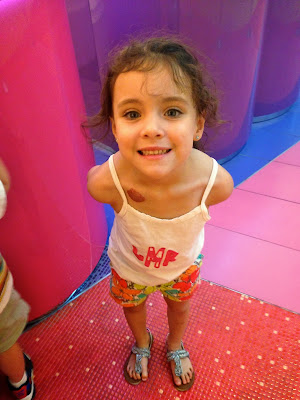 We stayed in the Cars section of the resort, in the Wheel Well Motel - haha.  The rooms were super cute and, of course, all Cars themed.  The kids did a great job of just hanging out while Aunt Laura and I unloaded everything.  When we got to the resort, it was POURING outside.  So that meant that Aunt Laura and I got SOAKED trying to bring everything in from the car.  This was one of the parts where we reallllly missed the men - haha. 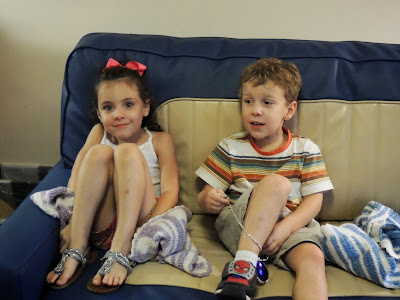 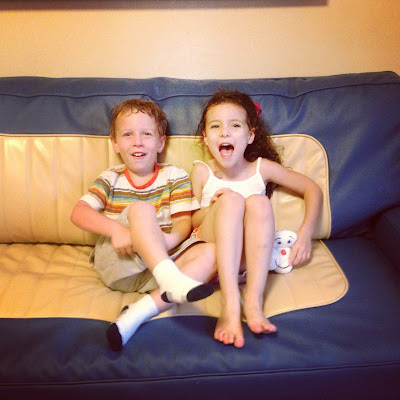 We threw around the idea of going to Downtown Disney to find something for dinner, but eventually decided not to do that.  We had already driven 4 hours, it was raining, and neither of us really felt like leaving the resort.  They have a huge food court, so we decided to just eat there and go play around in the arcade for a little while. 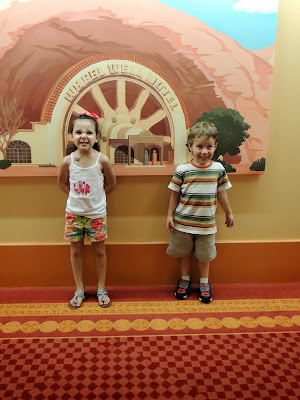 They had an amazing create your own pasta bar in the food court.  You got to pick your pasta, sauce, and toppings, and they cooked it while you waited.  I got bow-tie alfredo with shrimp and broccoli.  It was SO good. 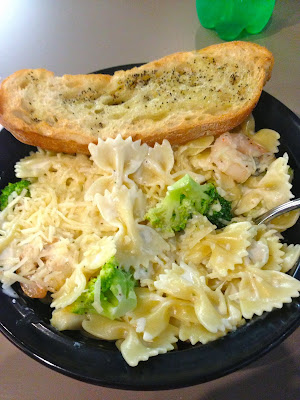 Of course LL wanted "clean pizza" (just cheese only), so we kicked off vacation the right way! 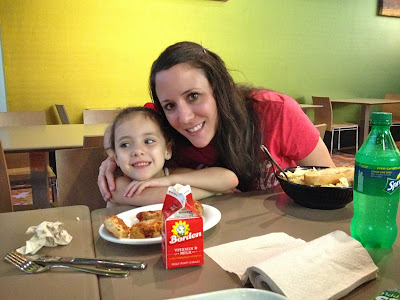 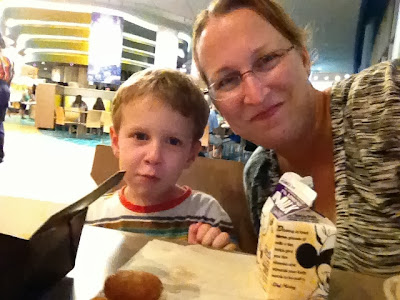 After we ate dinner, we spent a little time in the arcade, and then headed back to the room to get some sleep.  We needed to be well-rested for our next day at the Magic Kingdom!!

i'd love to hear more specifics as to why you think you'll always stay on property??? so far I just can't see myself getting over the cost and the amount of savings I get by staying off property! I know you've done both and am curious about what pushed it above and beyond off property??? :) Can't WAIT to see/read more!!!!!

For me, it just increased the entire experience. Even when we weren't at the parks, it just still felt like we were AT Disney. Plus, we got the same level of service that you do in the parks. Everyone talked to the kids, music playing everywhere, everyone in a great mood, Disney themed stuff EVERYWHERE, etc. The transportation to and from the parks was SUPER easy. It just seems like a better experience. For the entire 4 days, we just felt like we never left Disney.

But keep in mind, we don't go as often as you guys do (and probably never will). So I'd rather go ALL OUT when we do since it will be a while before we go back, ya know? I mean, we went in November 2011 and didn't go back until September 2013. And we won't go again until February 2015. So we for sure stretch it out a lot longer - which makes me want to REALLY celebrate when we do go.