Aunt Laura, Uncle Gino, and Ben came in to town for a long weekend before Christmas.  They came on Thursday and left on Monday (Christmas Eve).  Luckily, we were able to spend a pretty good amount of time with them while they were here!  One night, we asked Ben if he wanted to come to our house and spend the night and he said yes!  Matt and I were pumped for LL's first sleep over! 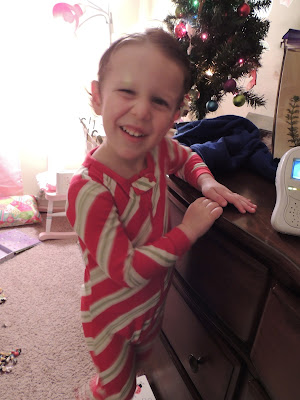 They played for a little while after bath.  What this translates to is that LL bossed him around about how to play with her princesses - haha. 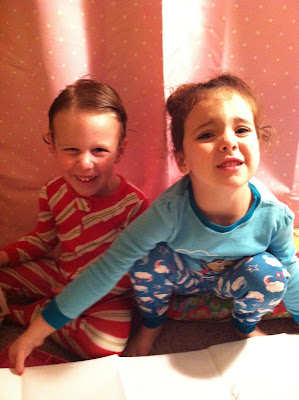 A little bit of movie time before bed! 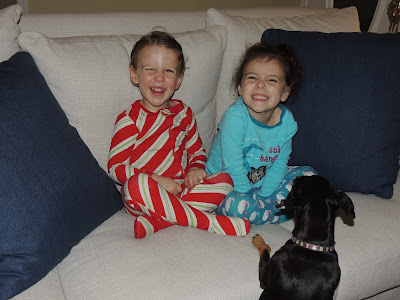 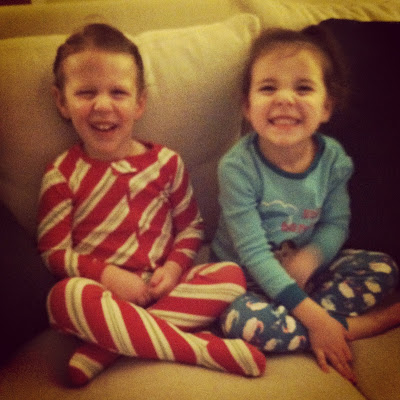 They each got to pick out two book to read before bed. 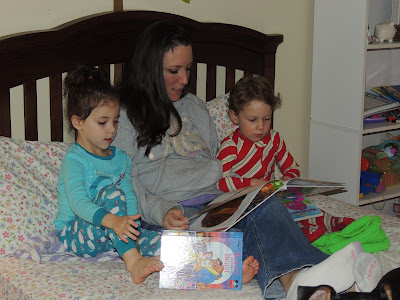 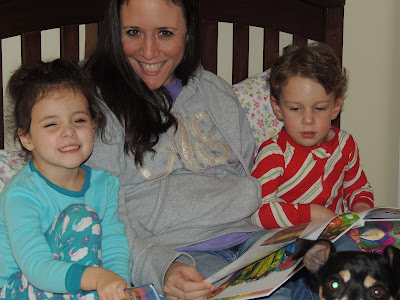 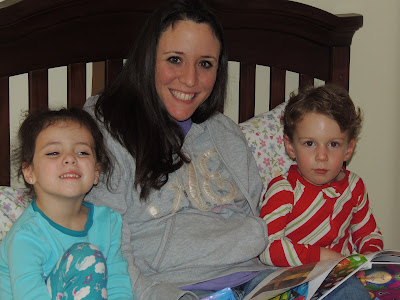 When they woke up in the morning, they came to snuggle in our bed until it was time to wake Cooper up. 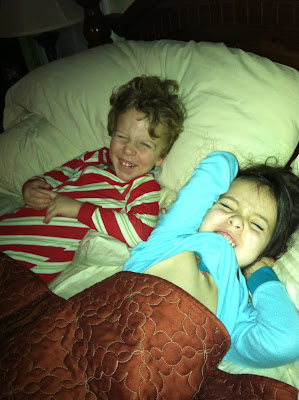 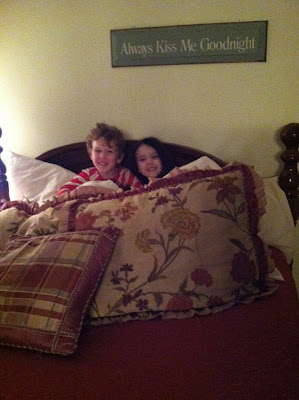 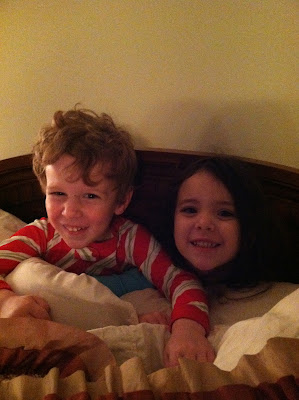 It was the first time that LL has ever had another child sleep in the bed with her, and I was SHOCKED at how well they did.  It did take a lot longer for them to go to sleep because they talked for FOREVER, but they slept fine!  Ben was such a trooper and we all had a blast.  After Cooper got up, we headed to the doughnut store and then back to hang out with everyone at Gigi's.  It was a great experience and we had so much fun!

Email ThisBlogThis!Share to TwitterShare to FacebookShare to Pinterest
Labels: Benjamin, Lorelai, sleep over