One thing that always lets me know that spring is on it's way is the Azalea Festival!!  Last year was our second year going, and it's something we've all been looking forward to doing this year.

Because we had so little time, we had to just stick with priorities.  Obviously, a pony ride was first on our list! 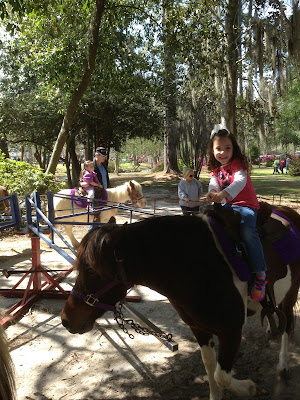 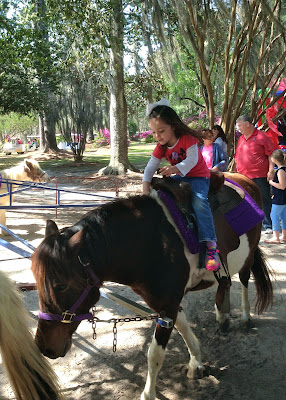 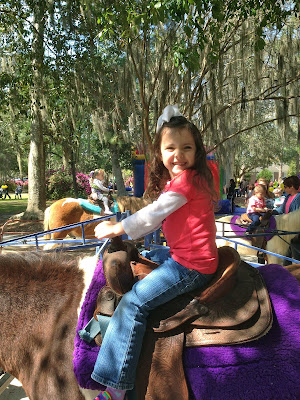 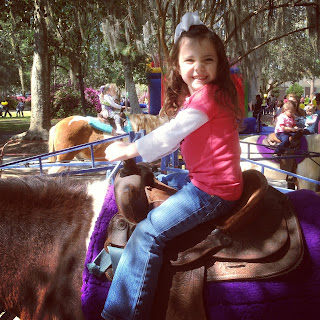 Goodness she has changed a bunch over the last 3 years! 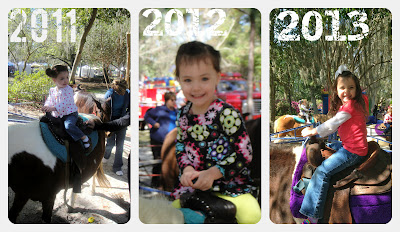 Cooper just hung out (literally) with Mommy while LL rode the pony.  :) 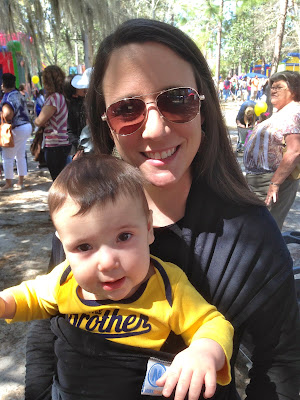 Next, we went to see the tiger that they had there.  It was so cute -  LL walked right up to the fence and just "roared" at him over and over.  It actually irritated him a little and he almost roared back, but we left before he got too mad. 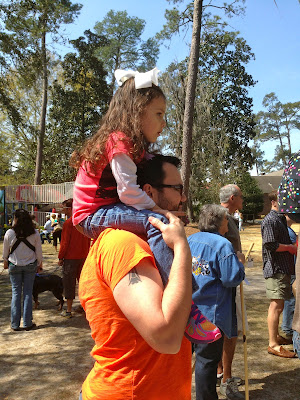 We ate lunch (gyros again!) and squeezed in a quick train ride with Gigi before we had to head to Grammy's for Cooper's nap. 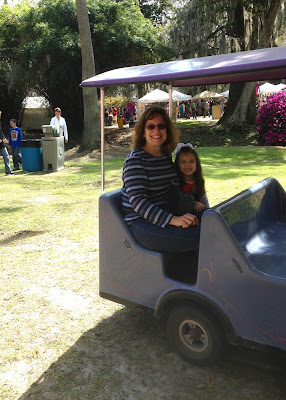 We had a looooong walk back to our car, and Cooper ended up going down for nap SUPER late.  While he slept at Grammy's, we took LL to a birthday party.  It was another gymnastics party just like hers, and she had a BLAST.  She also LOVED the party favors that they gave out (princess ring, princess watch, princess wand, and party blower) 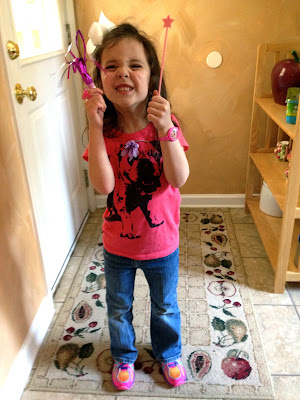 We got back from the party a little after Cooper woke up from his nap.  It was SUCH a beautiful day, so we headed outside to play for a little bit before heading home. 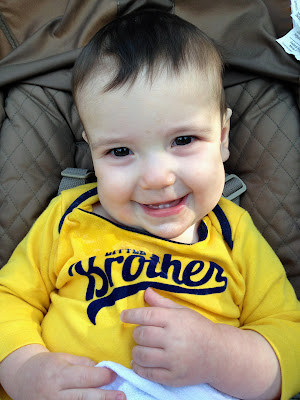 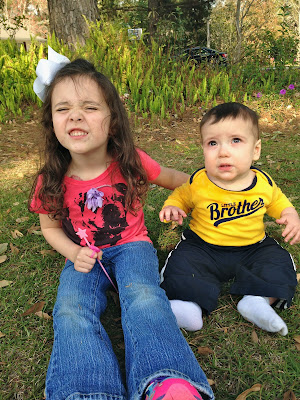 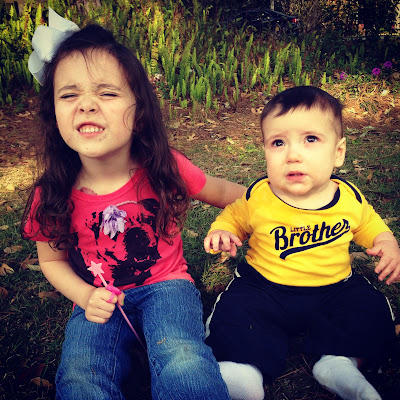 I'm sure next year will run much more smoothly since Cooper will only have 1 nap a day and we can go up there much earlier.  Even still, it was a great day with my little family!