Matt has been talking about taking LL hunting since she was really little.  She's never been before, but we figured this year she would finally be old enough to handle a short trip.  He decided to take her one Friday a few weeks ago.  He went to get her some camo to wear a few days before they went, and Cooper got very excited.  After LL tried it on, he insisted that he wear it too.  :)  Poor guy isn't old enough to go yet, but I'm pretty sure Daddy will have another hunting buddy when he is.  He was excited!  And pretty adorable. 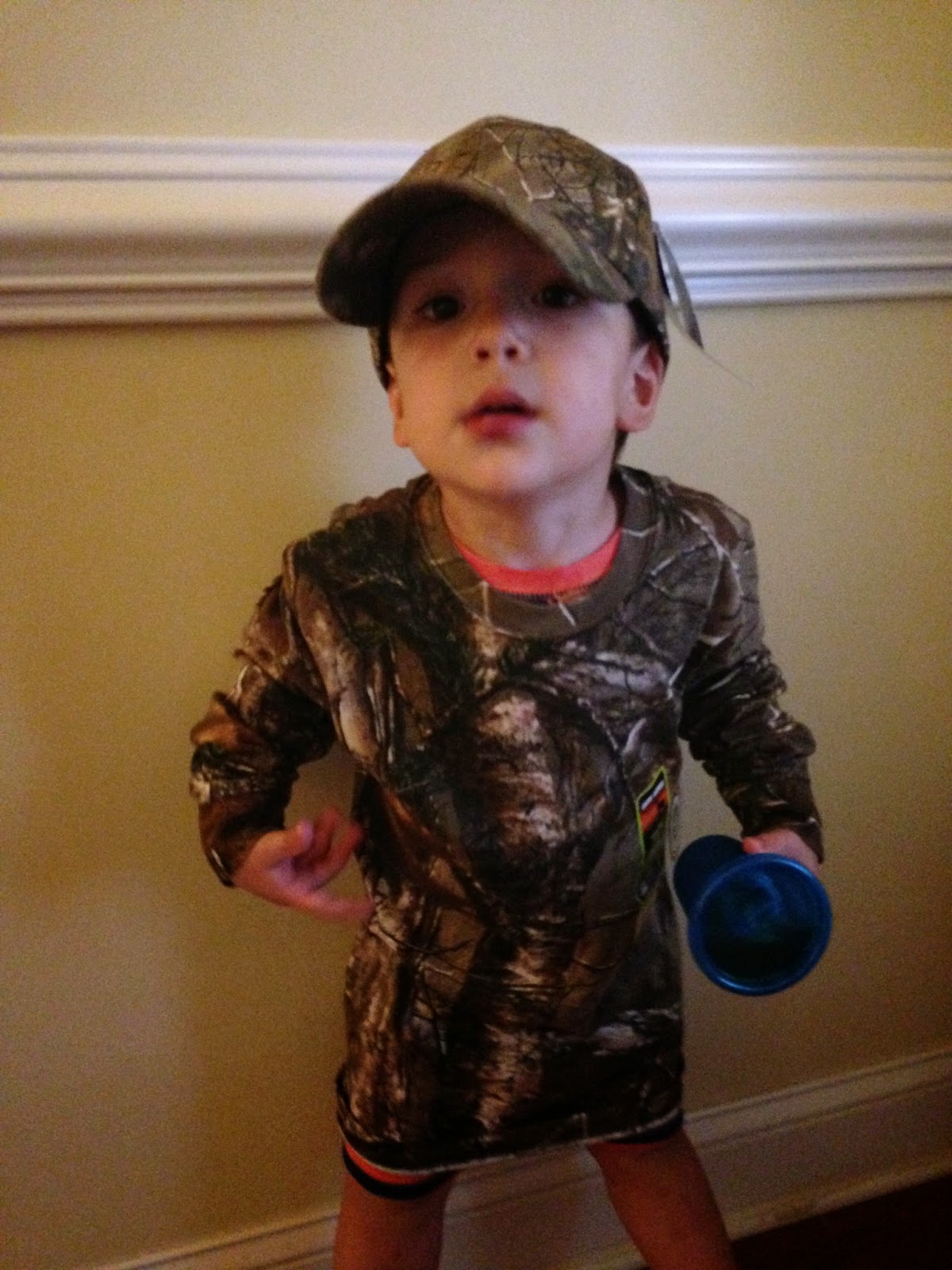 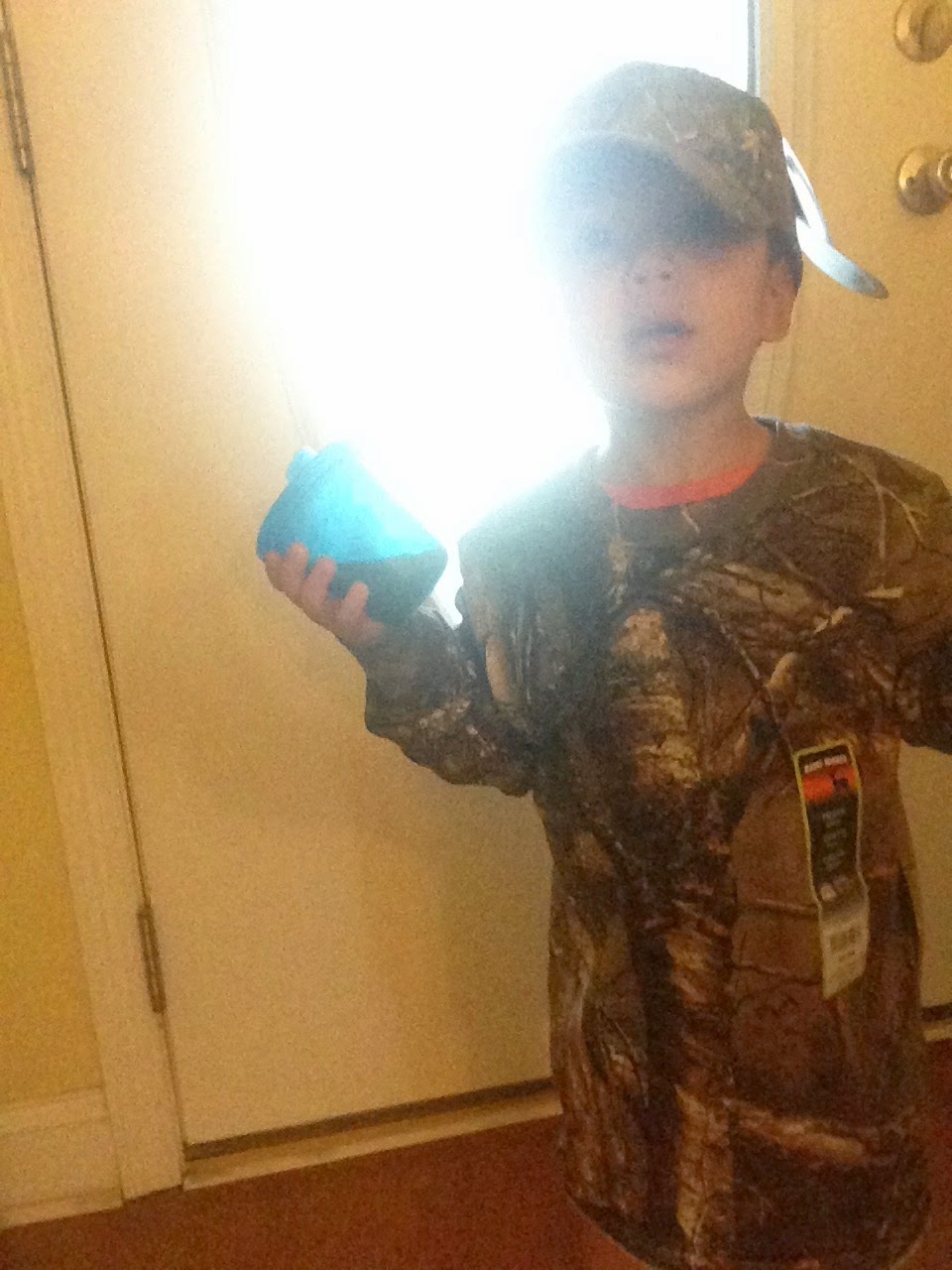 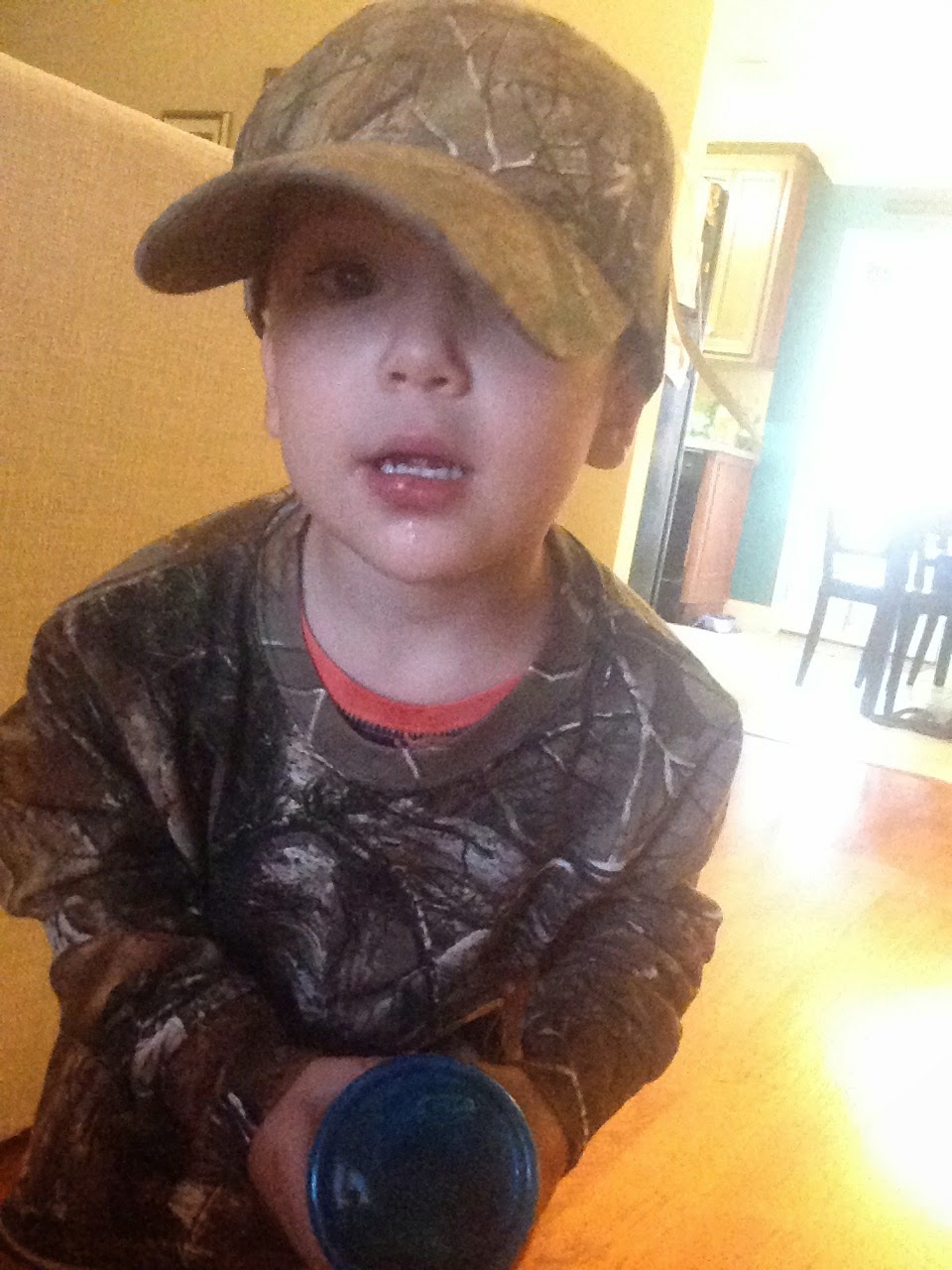 After school on Friday, LL and I met Daddy and Grammy and Pop's house.  After we ate dinner, LL and Daddy headed into the woods and Coop and I headed home for bed time.

This pretty girl was ready to go! 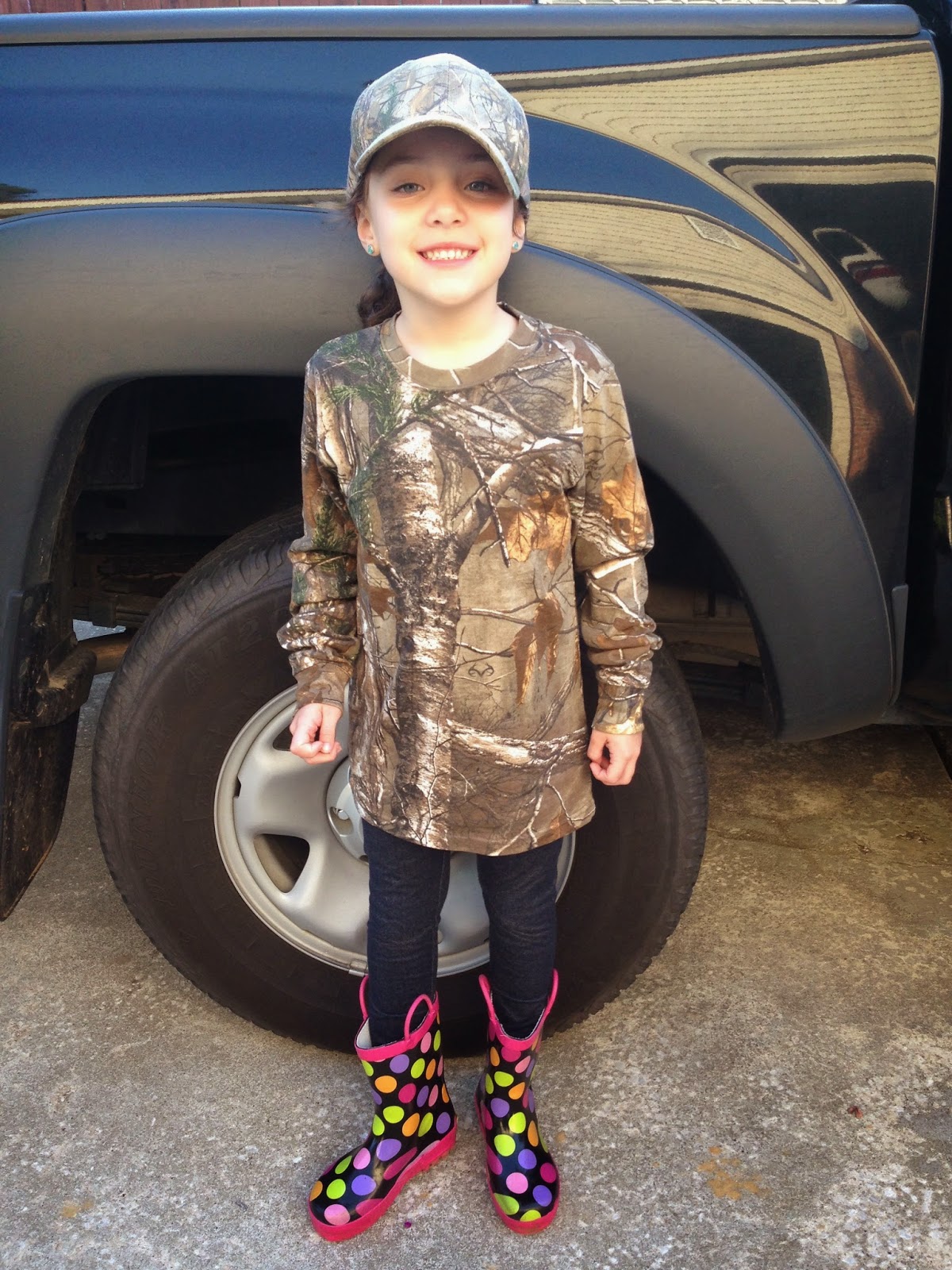 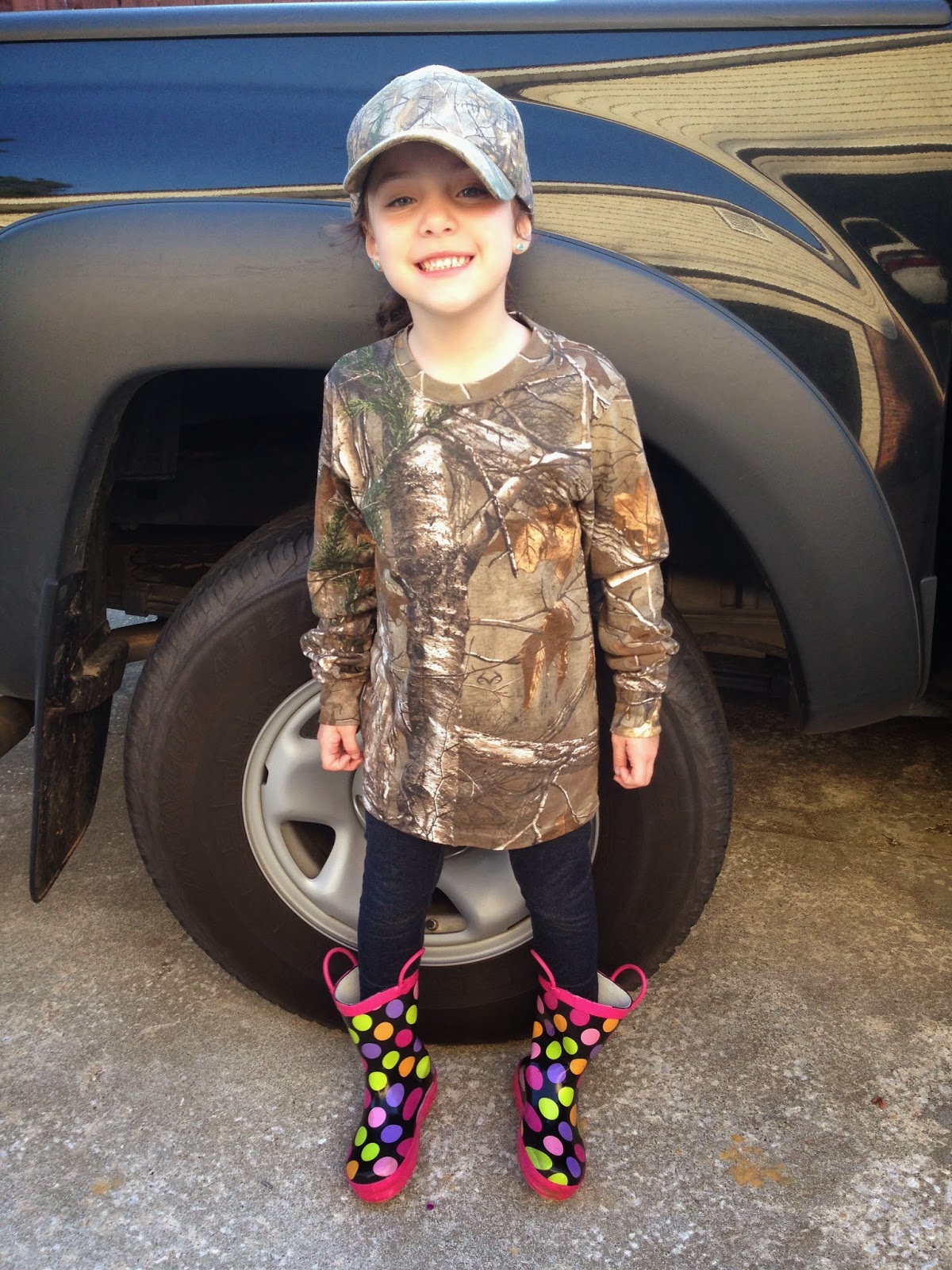 She was truly so excited. 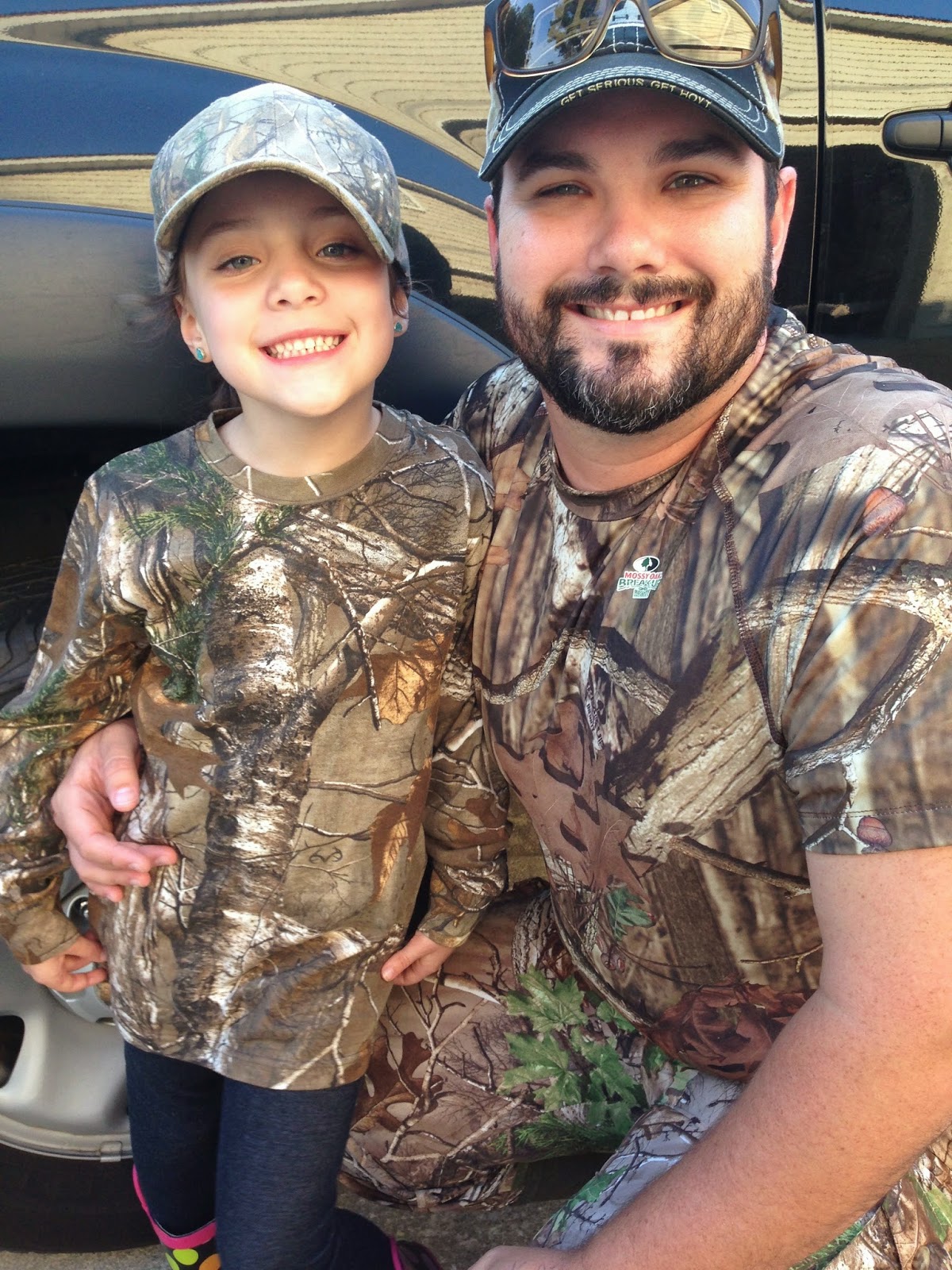 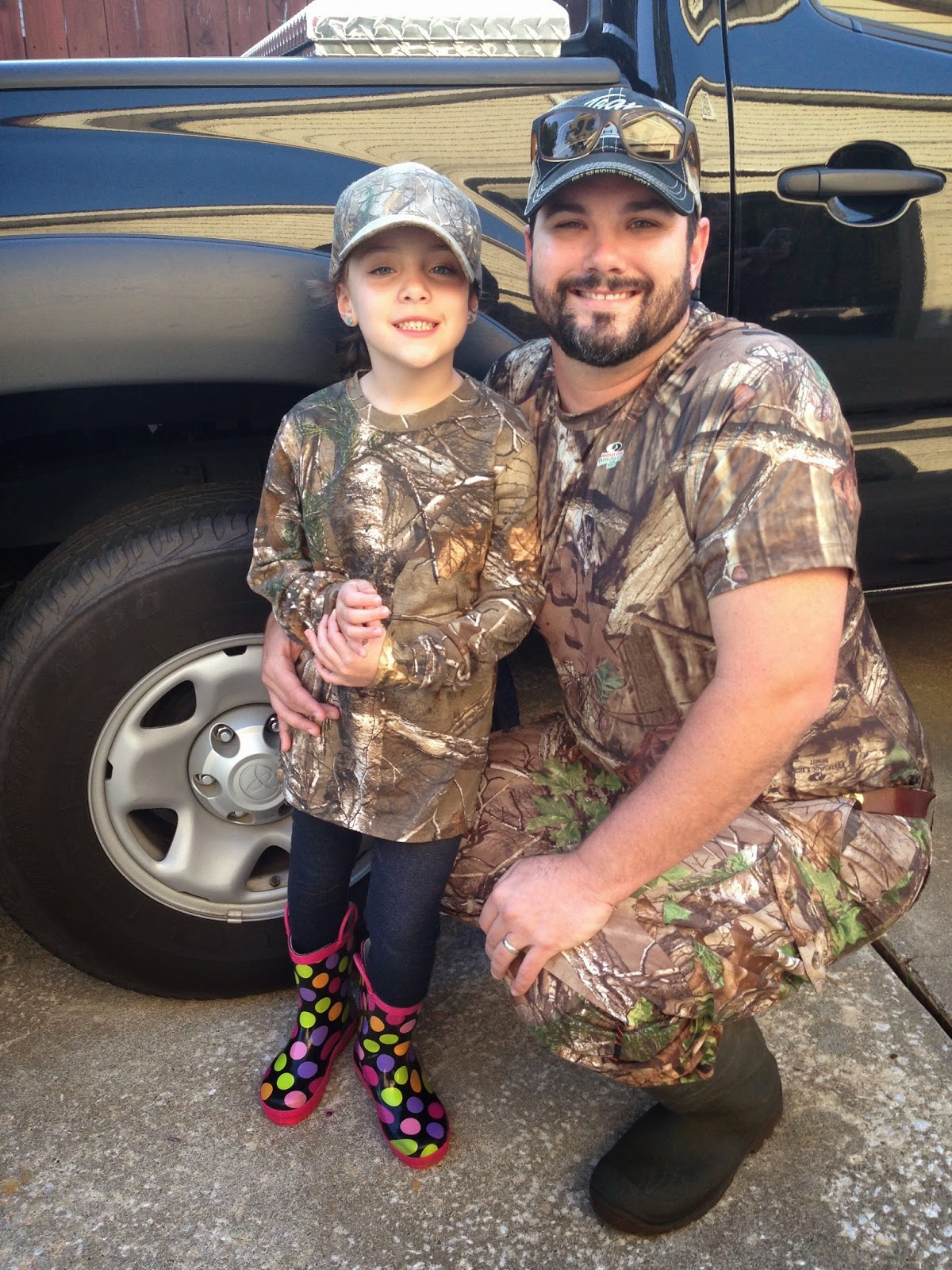 Of course she had packed an entire back pack full of toys to keep her occupied.  :) 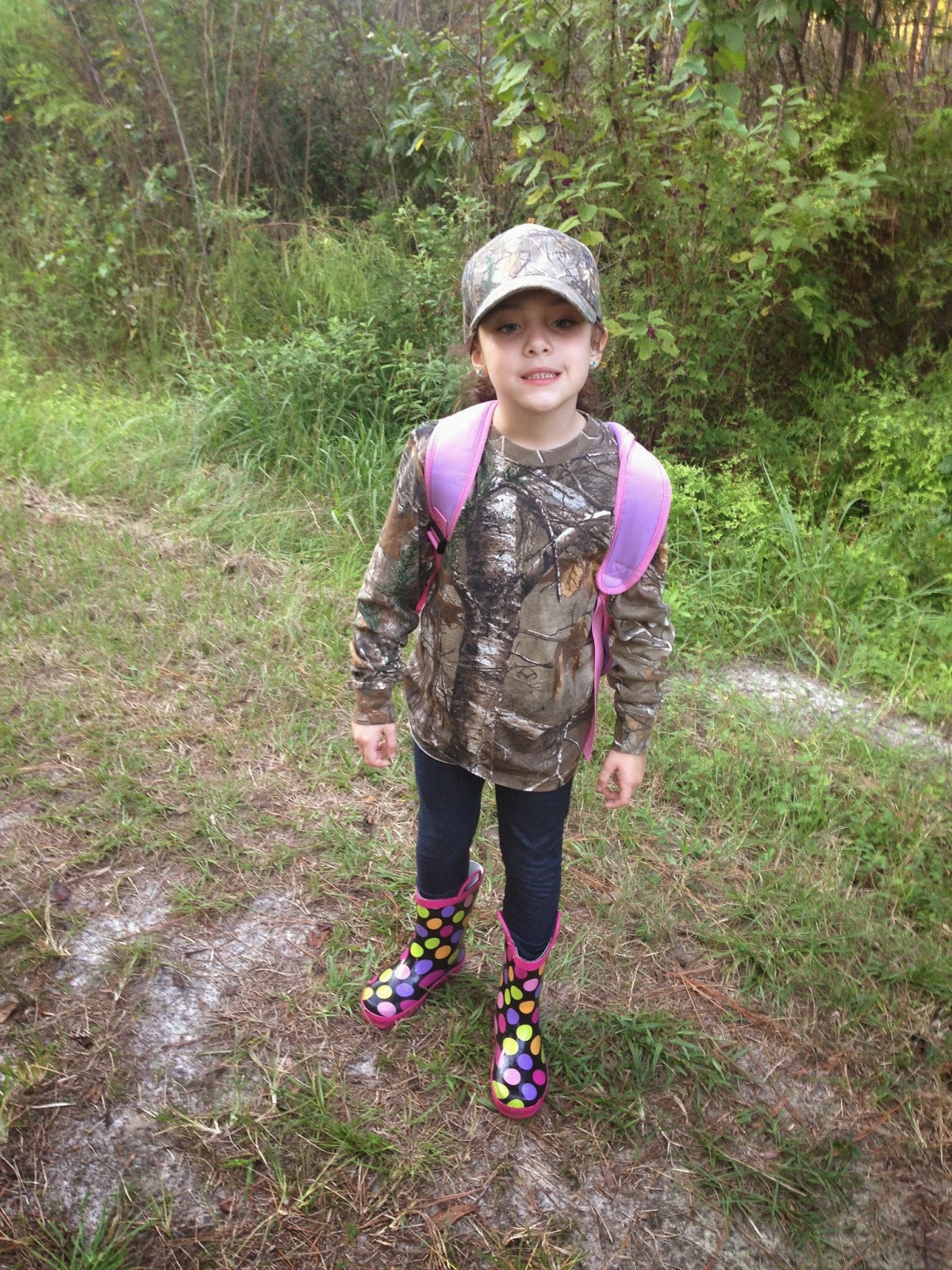 Sitting in the stand! 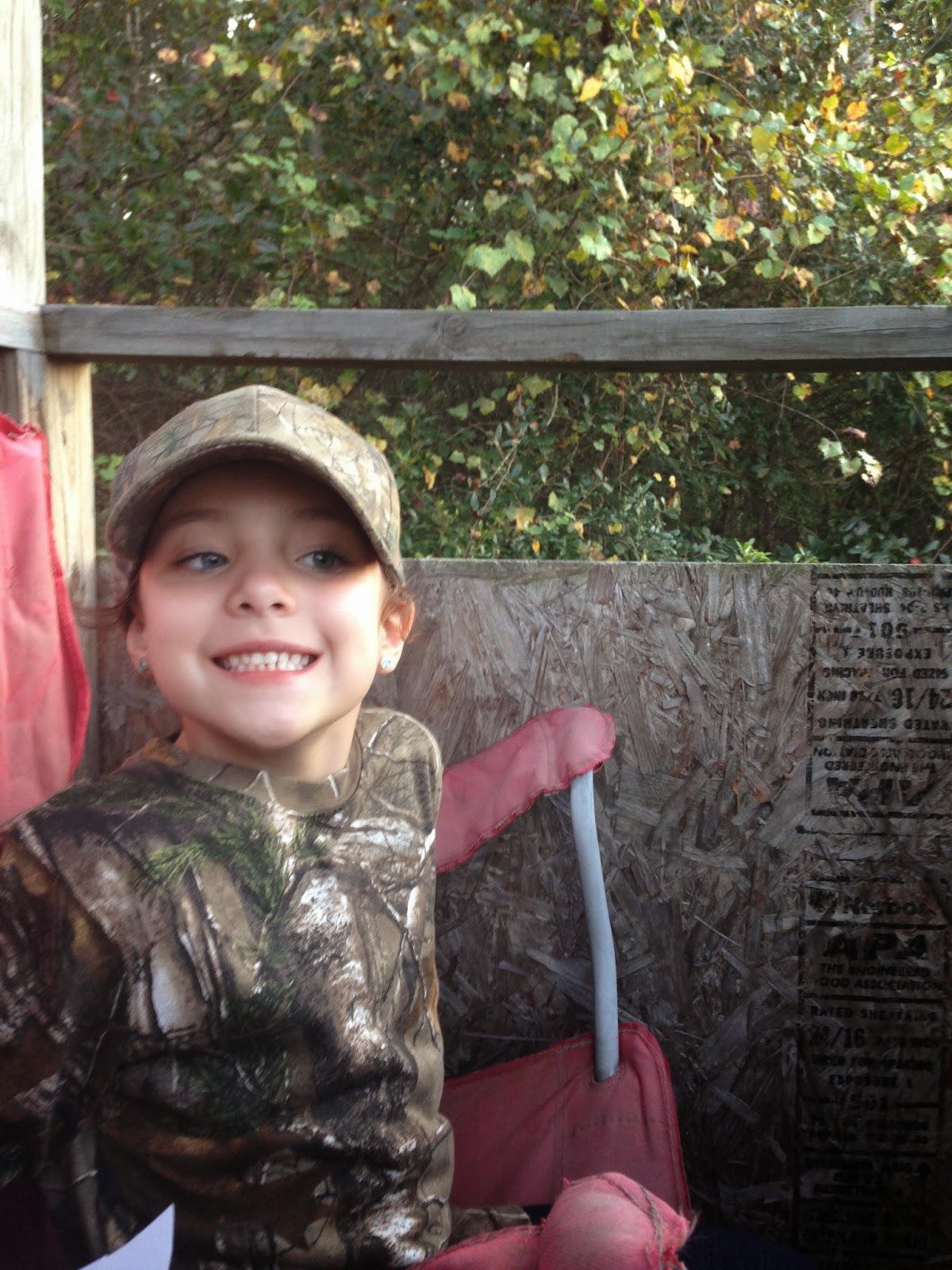 Keeping a look out for deer! 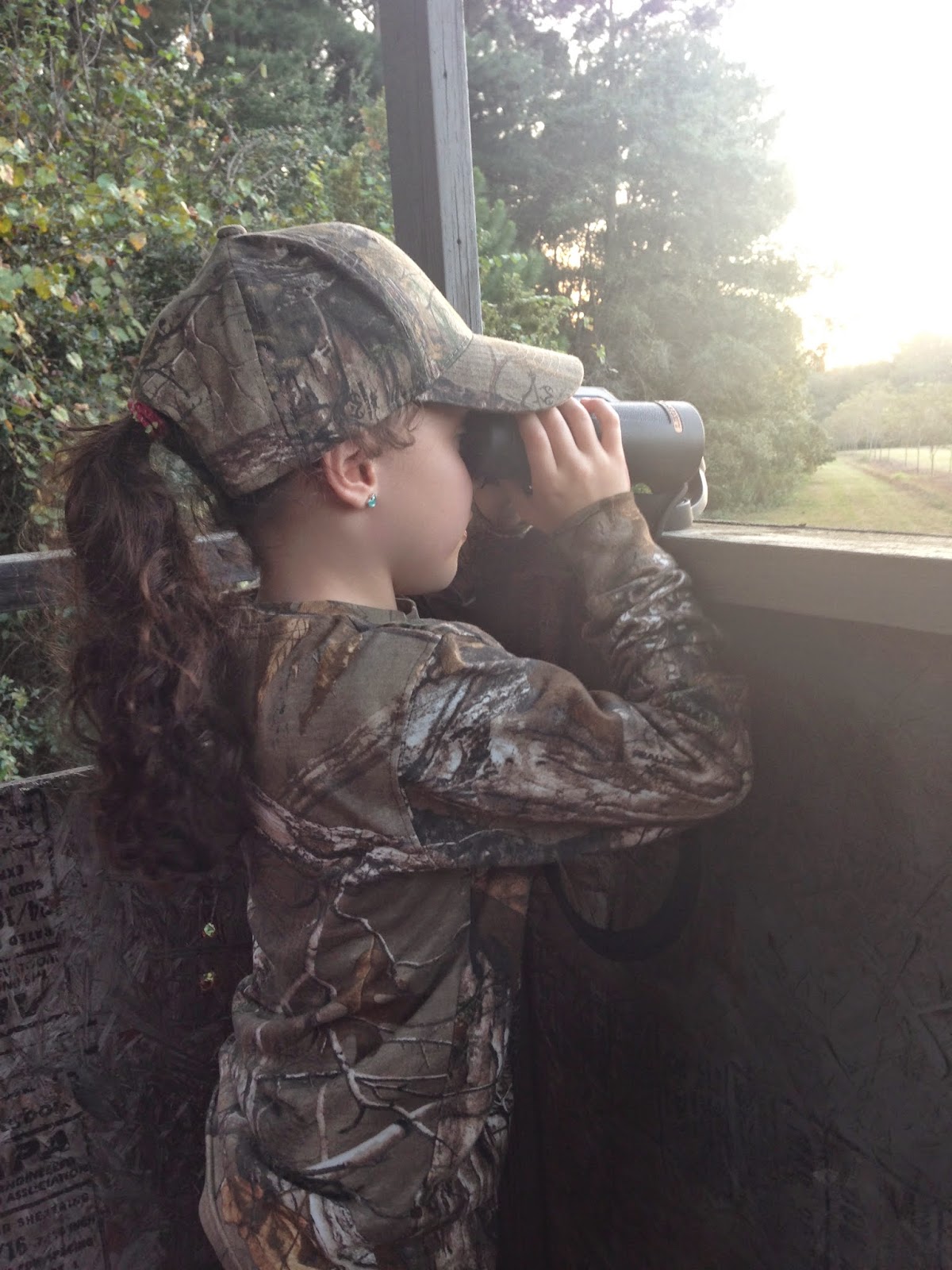 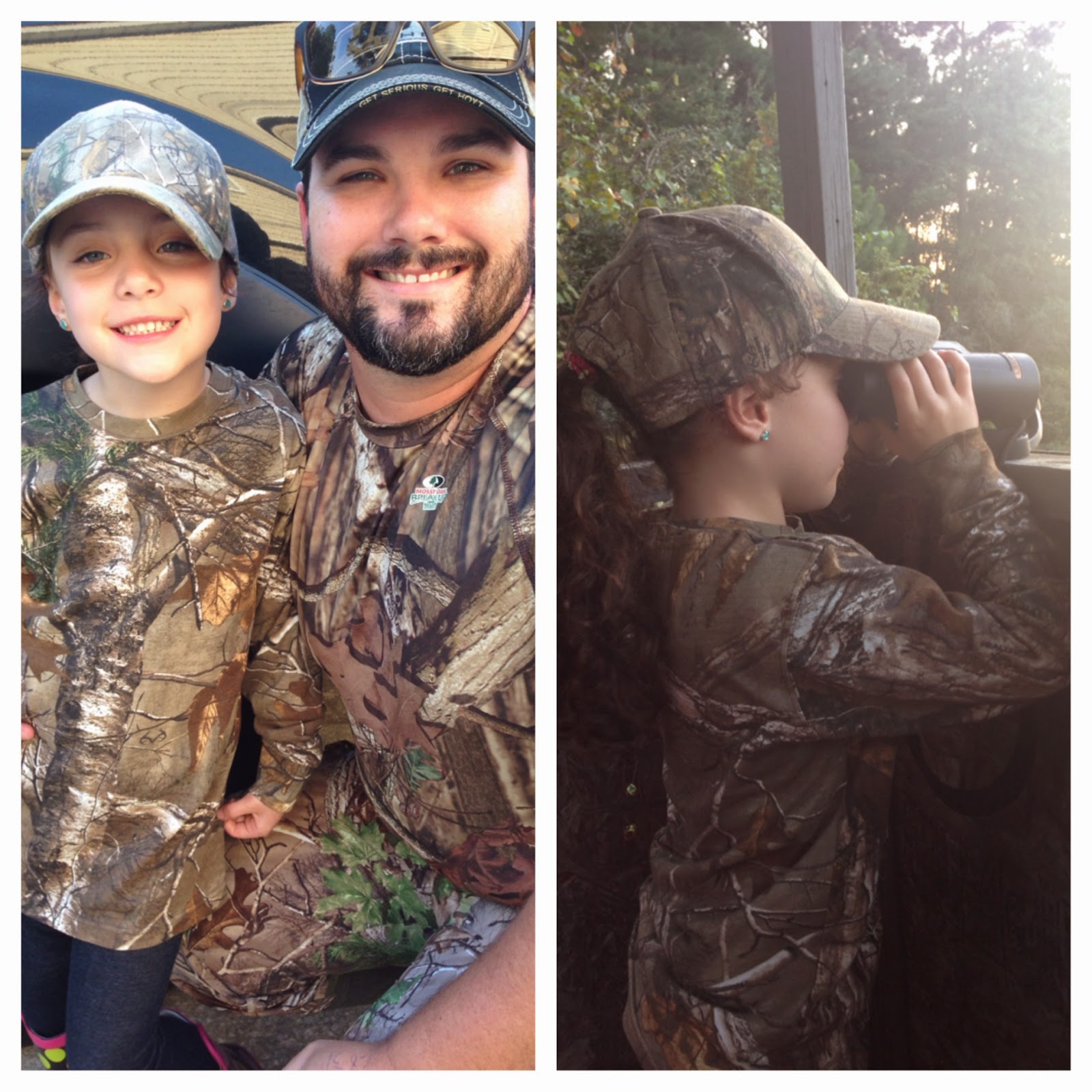 Matt taught her how to use the deer call and took a little video of her in action.  She was actually pretty good!  LL had the best time and has been asking to go again, and I know Daddy had a good time, too!  They didn't end up seeing a deer - but maybe they will next time.