This weekend we've had planned for quite a while because it was Matt's 20-year highschool reunion.  And that is quite possibly the craziest sentence that I have ever written.  They have been planning this for a long time, and Matt has been really pumped to go.  We went to his 10-year reunion, but I was pregnant with LL then and he wasn't in a good place with his work situation, so we ended up not going to all of the festivities and he has really regretted that over the last 10 years.  This time, he wanted to make sure that we participated in all of the activities and that he got to reconnect with the people that he graduated with.

Friday night was a meet-up at the highschool football game.  We honestly haven't been to a Lowndes game since LL was like 4 years old! 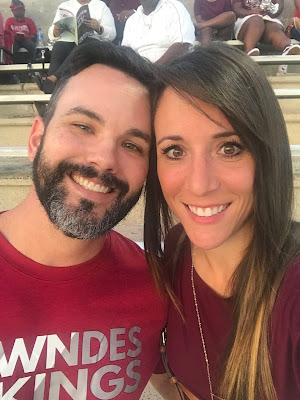 I saw this picture of the stadium Friday night posted to social media and I just love it!  There's just something special about Friday night lights! 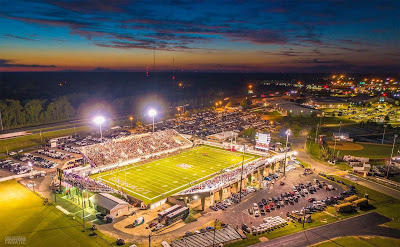 While we were at the play, LL got to go to a play with Gigi.  Going to plays together is their "thing" and LL has been looking forward to this for weeks! 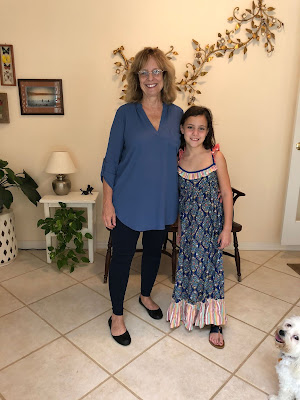 Saturday afternoon there was a picnic at the park with all of the alumni.  We went to that with the kids, but I ended up taking no pictures while we were there.  I was too busy watching two kids in a crowded park - haha.  But we all had a good time!

That night, we had the Cocktail dinner from 6-11, so we got dressed all fancy to have another kid-free night!  (Two in a row?  Who are we?) 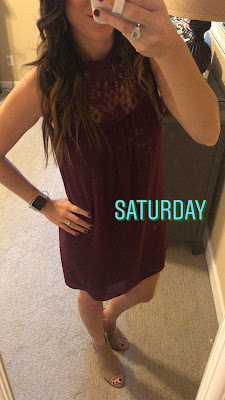 No way does this handsome guy look like he has been out of highschool for 20 years! 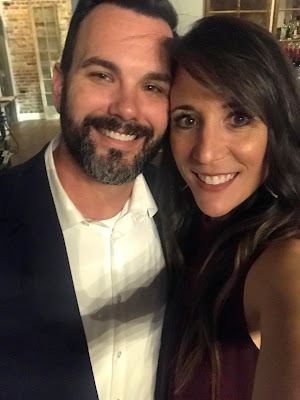 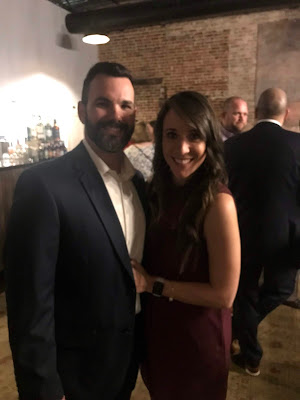 Matt graduating class were seniors when I was in 8th grade.  Thankfully, I know quite a few people that he graduated with.  It makes for a much more enjoyable evening when I know a good bit of the people that are there, too.  Matt and Christina and Amanda were good friends in highschool, and we still see both of them on a pretty regular basis! 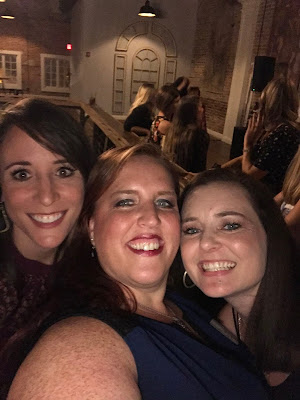 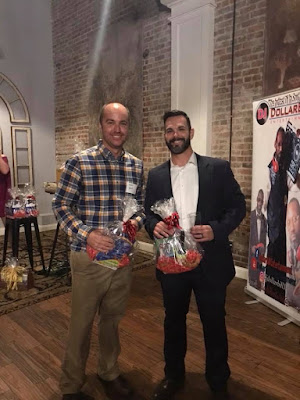 They had a photobooth (and props), and we can't pass up a cheezy pun opportunity when we see one.  Wait for it....
Batman and Robyn 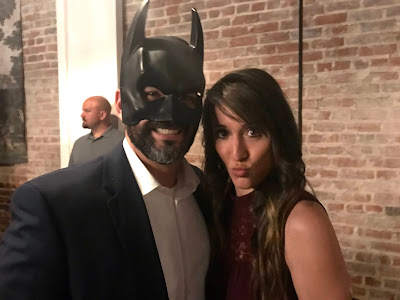 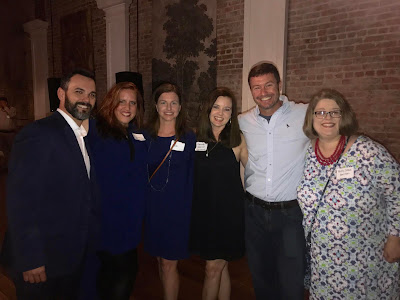 One thing the night was not lacking was energy and a little chaos! 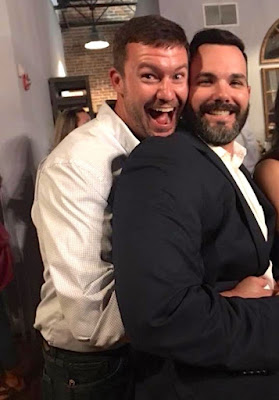 Chris and I were both there doing our spously duties - haha. 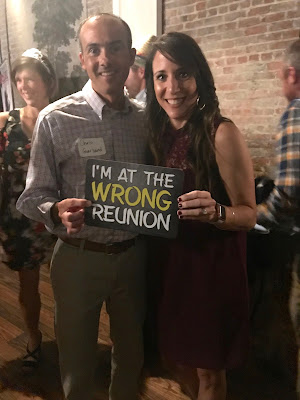 The photobooth was a hit and was a good source of entertainment! 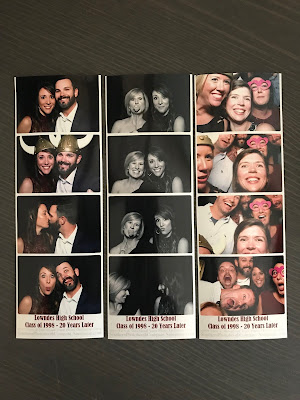 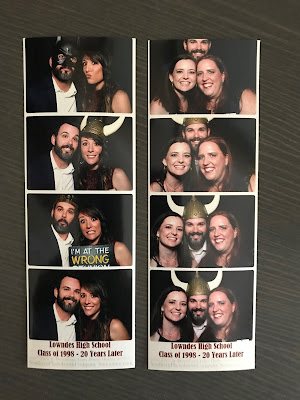 We didn't get home until almost 1 am (which never happens), but still managed to make it to the early service at church!  After we got home from church, Matt and I tried to talk the kids into some "quiet time" before lunch.  It didn't work - haha. 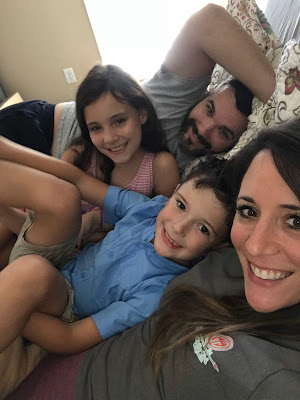 I had to run to Publix for some things for this week, and I saw this.  Does anyone remember this from our elementary school years??  What's crazy is that I was literally just talking about this to a friend a work this week, and then saw it on a display at Publix!  I literally haven't seen this since I was like 9 years old!  I can't pass up a chance to try it again. 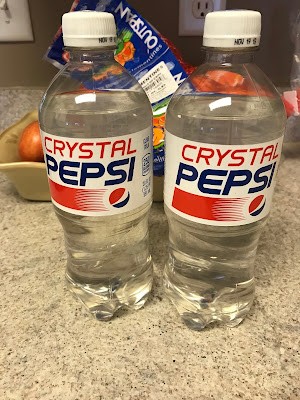 Another huge perk of living in a neighborhood in town now?  Pizza delivery!  At our old house, we lived too far out to get pizza delivered!  We went 11 years with no pizza delivery.  I'll let that sink in.

By Sunday night, I was dragging.  I rarely cop out on cooking dinner, but I just had no energy.  This was my version of cooking.  Fed is best, right?  Haha. 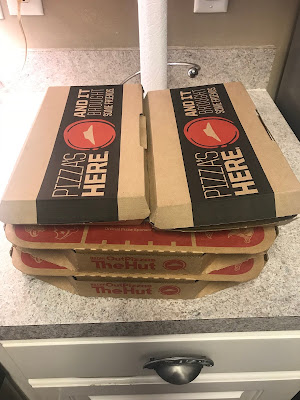 Ending the weekend with some Go Fish... 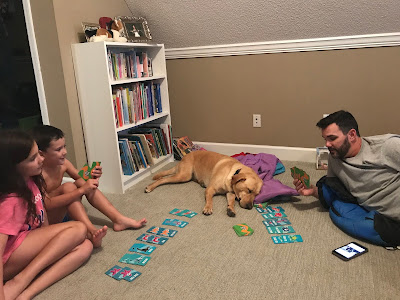 ...and some wrestling! (Or "russling" as Cooper calls it). 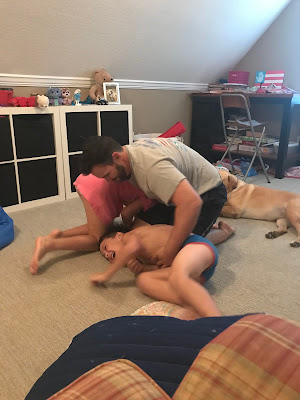 I went into the weekend not really wanting to do all of the reunion hoopla, but Matt and I both ended up seriously having so much stinking fun.  It was a great weekend!