This school year was a big first for us: having two open houses at the same place!  This will only happen two times ever in the course of our kids' school lives (this year and next year).  Since I got a new job, both kids were changing schools, too.  Cooper went from private preschool to public kindergarten, and LL went from Cook County schools to Lowndes County schools.  Open house was the Friday of my pre-planning.  Matt picked the kids up and met me there since I was coming straight from work. 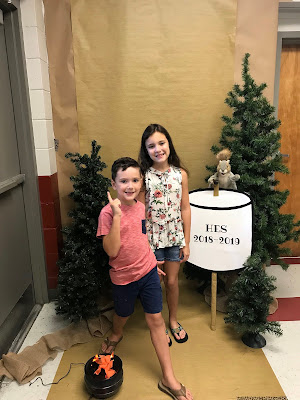 Cooper has been excited all summer about starting Kindergarten, and we have been hyping it up! 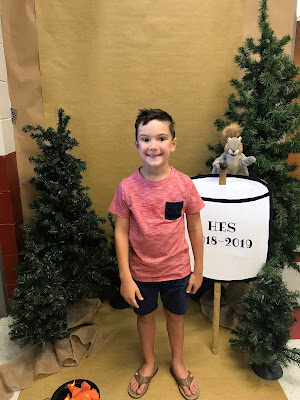 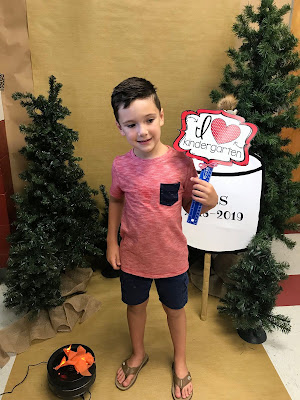 LL has been more nervous about 4th grade.  She just changed schools last year (she went from the primary school to the elementary school), and this year she was having to change again.  We talked to her about how she would know so many more people and see lots of kids from church and stuff, so we really tried to keep it as positive as we could! 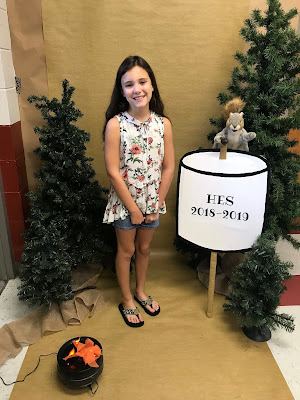 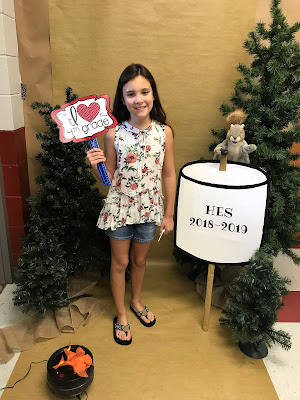 Both kids did great at Open House, and I think it helped to make them way less nervous about starting school.  We didn't take any pictures in their classrooms because it was pretty hectic, but we did take some outside when we were done. 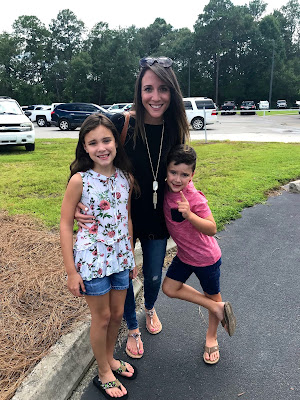 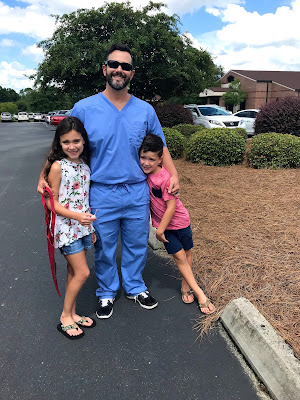 Cooper has just started wanting to take pictures with my phone a lot, so he insisted on taking this of us with LL. 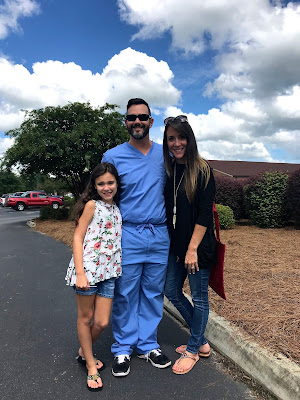 The kids and I are all starting on a new journey this year, and I am just so excited to see what it has in store for us!