We had meet the teacher night on a Friday, and then the first day of school was the following Tuesday.  The night before, we did several things to prepare.  First, we had our traditional spaghetti dinner - we've been doing this as our "night before school" dinner since LL was starting Kindergarten!  I bought Cooper a "the night before Kindergarten" sticker-stories book from Amazon.  It had a ton of stickers for him to put in as we read, and he loved it!  Finally, we put the kids down for an early bed time since they would be waking up early the next morning!  After the kids went to sleep, I went upstairs to check on them, and found Cooper like this.  When I tucked him in, he had no Avengers in his bed (they were in the toy drawers below his bed).  He had gotten them out and tucked them in all on his own.  It was adorable 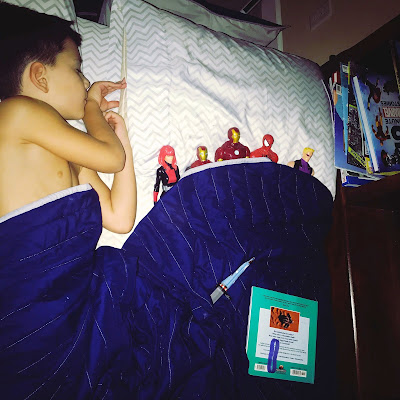 The next morning, we were all up nice and early and had plenty of time to get ready!
Kindergarten for Cooper, 12th year for me, and 4th grade for LL! 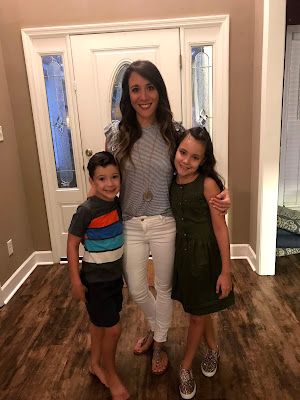 This year, I wasn't going to be able to walk the kids to their classrooms on the first day.  At my old school, the times were a little different, so I could usually swing it.  At my new school, I start getting kids at 7:30, but they weren't opening the doors at LL and Cooper's school until 7:45.  Thankfully, Daddy came to the rescue and took both kids and walked them to their classes!

Daddy also did a great job of getting their "back to school" pictures before they left the house! 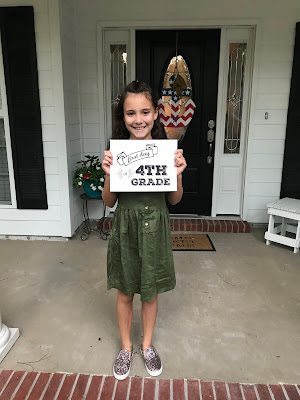 For the last two years, LL has been so involved in picking out her clothes for the first day - and I love it!  She always wants a dress on the first day (which I love), and this year she found these super cute glitter shoes that she had to have! 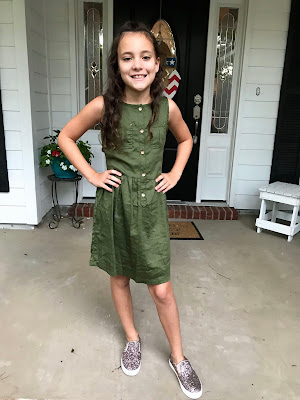 I can't believe we're sending my baby to big school! 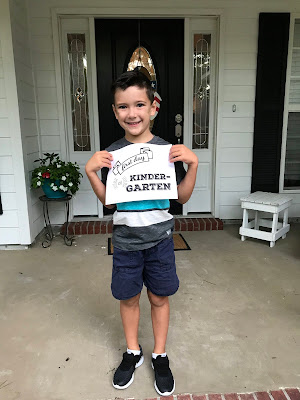 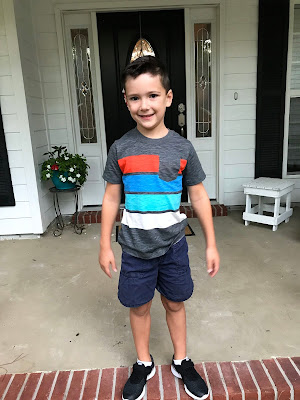 This year and next year will be the only two years that these two are in the same school! 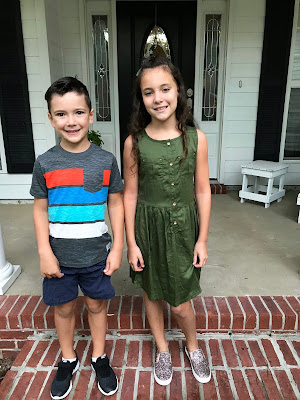 They had to wait outside for the school to open the doors. 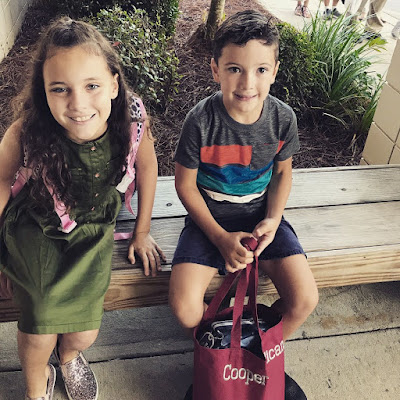 Matt and LL went to drop Cooper off first, and some first-day anxiety set in.  Poor guy. 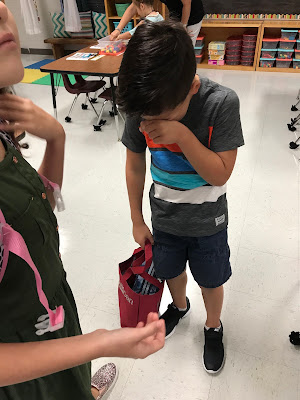 Thankfully they got him involved in some toys and he was fine after that! 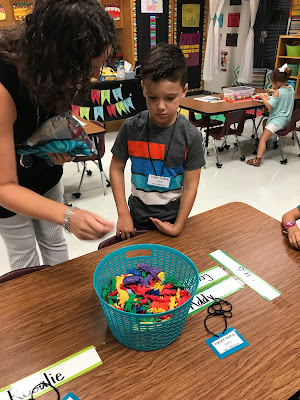 Matt walked LL to her classroom, but he said no parents were actually going in the room, so he just snapped this picture in the hallway. 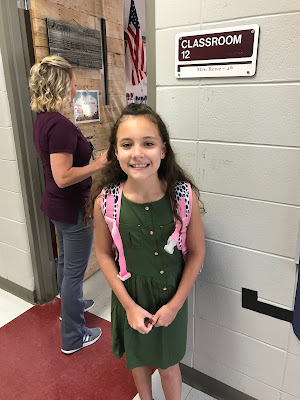 That night, we were all exhausted!  Haha. 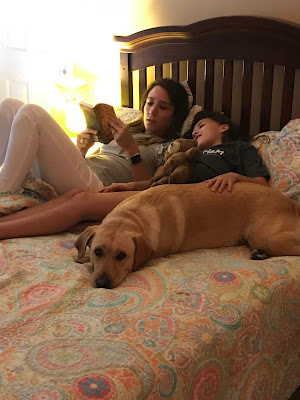 It's so easy to forget this in May...but it's so true! 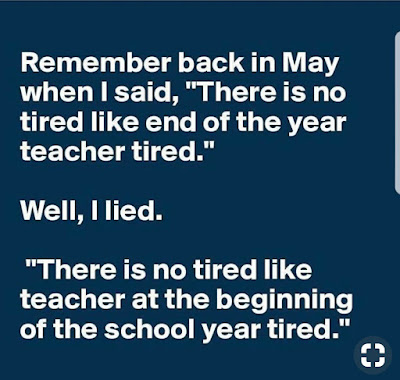