We had plans to leave for Atlanta right after school on the first Friday after school started.  My day started off amazing with this sweet gift from one of my parents! 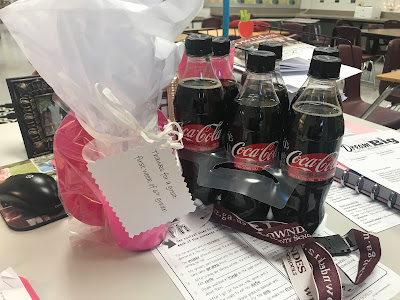 After school, the kids and I went home to meet Matt, get the car packed, and hit the road! 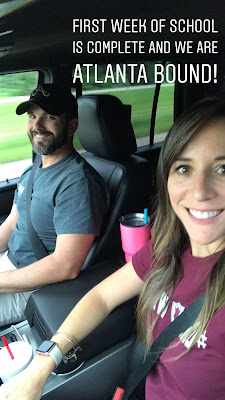 The next morning we were up bright and early and headed to SkyZone for Ben's 9th birthday party!!!  LL hasn't been to a SkyZone in about 5 years, and Cooper has never been! 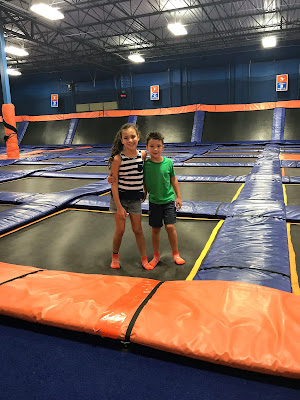 They had this awesome inverted wall and both Cooper and Daddy made it to the top! (Cooper did the smallest and Matt did the medium). 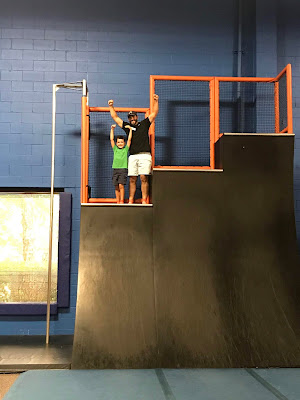 Matt got a jumping pass and both kids loved having him participating!  LL broke her ankle on a trampoline a few years ago, and it's still pretty sensitive.  We really wanted her to participate, so we wrapped her ankle in sports tape, and it actually helped so much!!  She was able to jump without any pain or having her ankle twist at all! 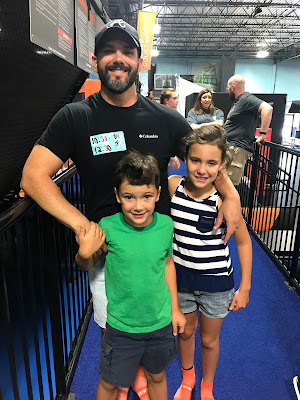 They had a "Nerf Wars" area that Cooper was pumped for! 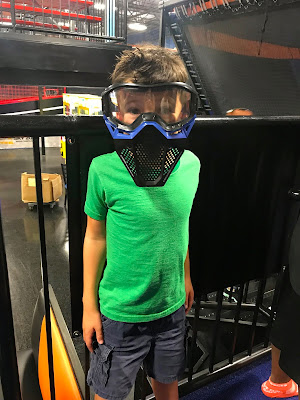 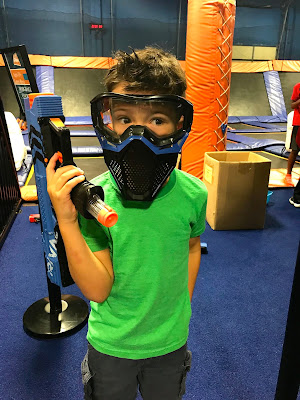 These are all the kids that came to Ben's party (minus LL).  It was a great turn out and a perfect party for 9 year old boys! 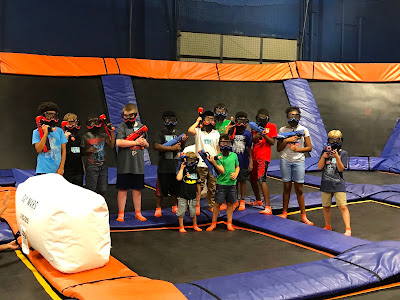 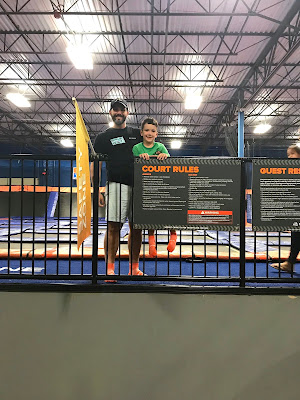 I kept trying to get pics of Matt and Cooper jumping, but someone was always blurry.  This cracked me up, though, because this is how Cooper looked in every single picture - straight like a pencil! 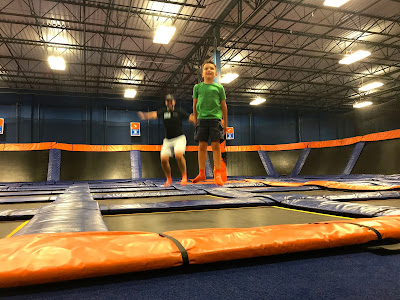 That afternoon, the kids hit the neighborhood pool.... 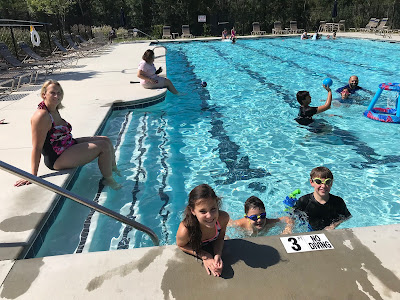 ...while I headed to see Taylor Swift with my girls!  Katie and I have literally been talking about going to see a Taylor concert together since I went back in 2015 (and Katie went that same year, too!).  Well, this year we finally made it happen! 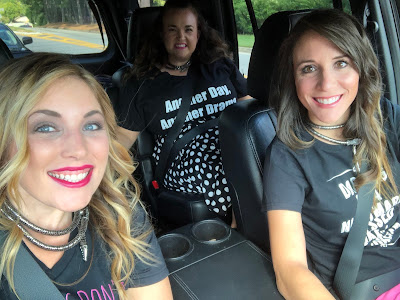 The concert was in the brand new Mercedes-Benz stadium!

Pumped for a fun night with my friends! 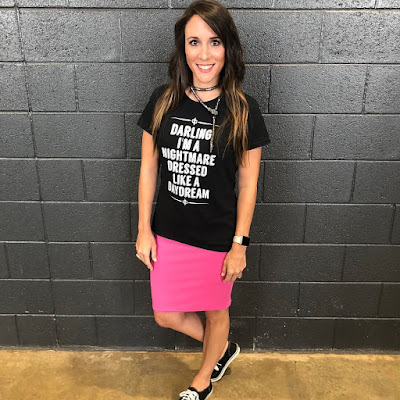 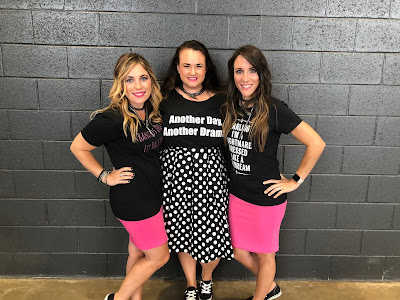 Last time I saw Taylor, I had floor seats.  This time, literally the next to highest row in the whole stadium - haha. 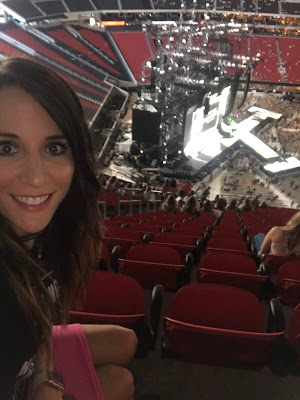 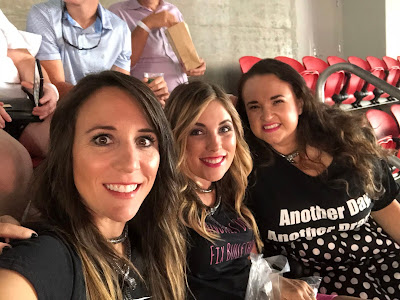 Taking this picture was so hard because it was so steep and we were all terrified! 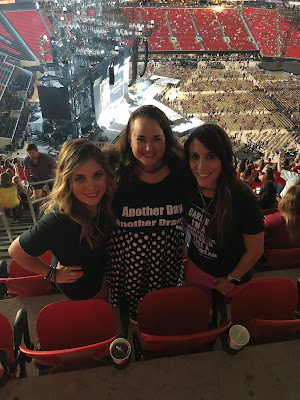 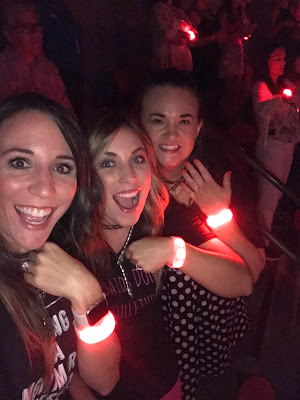 We may have been high up, but we still had a blast!

I love seeing the whole stadium lit up with the bracelets! 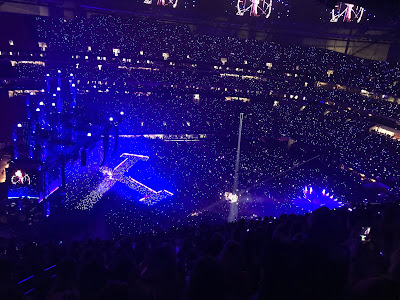 While I was at the concert, Matt and Gino had a boy date... 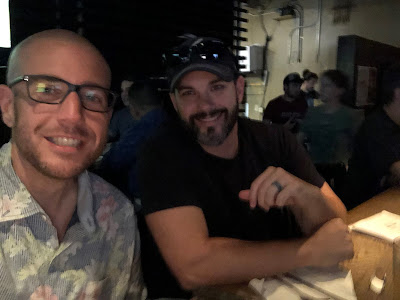 ...and Laura had dinner and a movie with the kids! 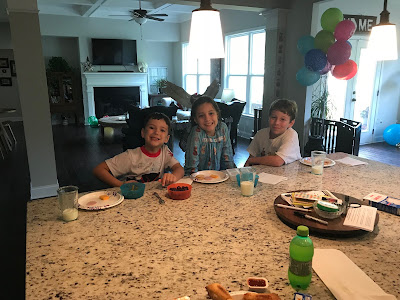 I don't know if traveling the first weekend after school starts in my favorite way to do things, but we all had an absolute blast!!