Last summer, we did something new that we had never done before: we went on a vacation with the kids and Matt's parents.  We went to Callaway Gardens and the Wild Animal Safari for a few days (you can read all about it here).  This year, his parents planned a trip to St. Augustine for a few days and asked us to come along, too!  We haven't been to St. Augustine since 2015, so we were so excited to go back. They left the day after Cooper's birthday, but we didn't end up going until two days after.  This worked out great because they got some alone time at the beach, and when we got down there, they were already checked in and settled in the condo.

We left of Wednesday morning and got there right after lunch time.  We got the car unpacked and headed to the beach as fast as we could! 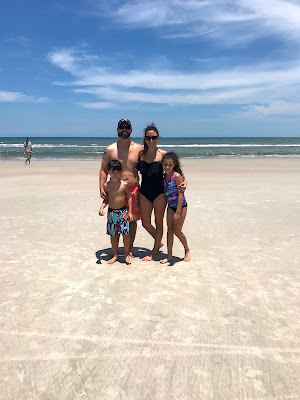 The kids have never been on a beach trip with any of their grandparents before, so they were really excited! 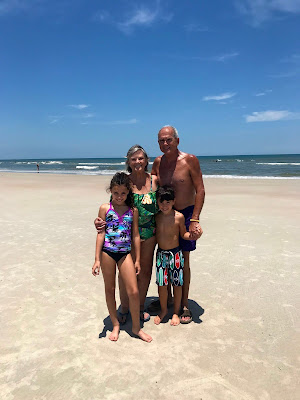 They know I'm going to make them take a picture together before they take off running - haha. 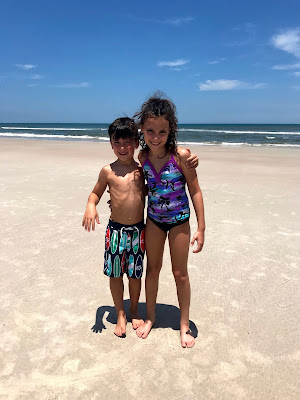 Both LL and Cooper are beach babies.  They will literally stay all day and never ask to leave, go back inside, head to the pool, or even eat or drink - haha.  They love it!  Besides playing in the ocean, they both also love to find shells and bring me the most unique ones they can. 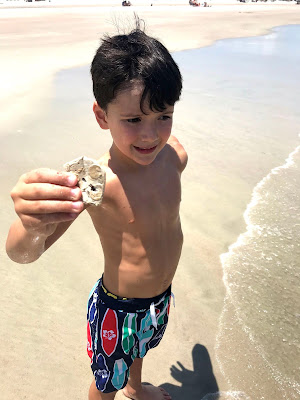 I love the beach.  I love this man.  So I'm super happy when I'm at the beach with this man! 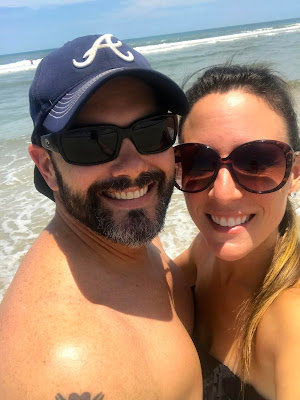 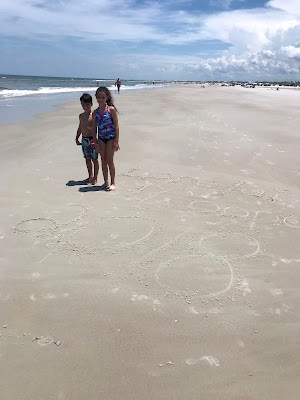 When we were at St. Augustine 3 years ago, that is the first (and only) time we've ever found a shark tooth while shell hunting (you can read about it here!) . We all remembered it and wanted to find another one on this trip.  That meant we spent a ton of time doing this: Matt collecting nets full of shells and bringing them to me and LL to sort through to find the good stuff! 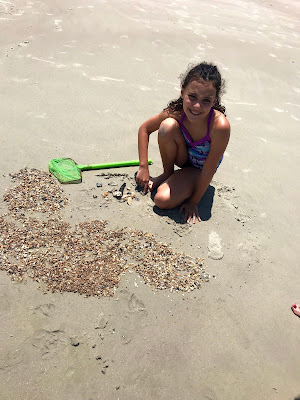 Hunting for a tooth! 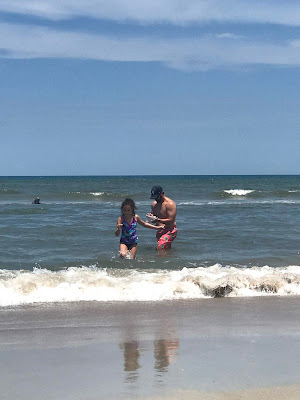 These two are beach buds!  Daddy is always willing to participate in any activity they come up with! 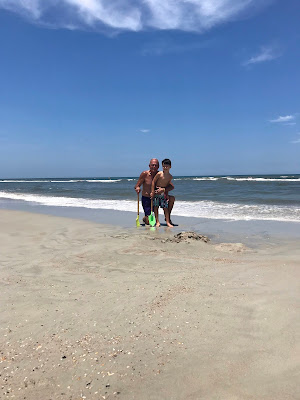 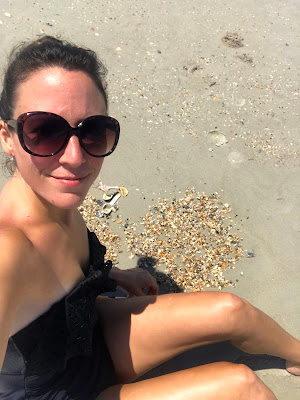 Sadly, we never found a shark took, but we did find a live hermit crab! 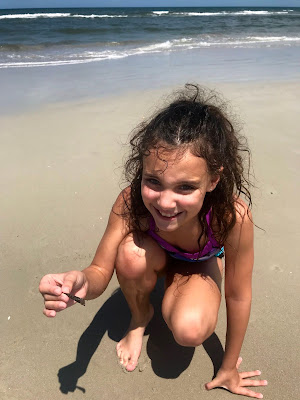 She would turn herself into a mermaid if she could! 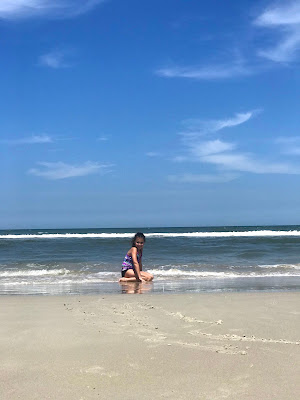 I have absolutely no clue what he's doing - I'm pretty sure he's dancing - but I love this because it's just so Cooper. 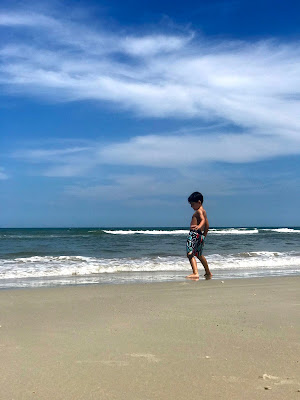 Matt spent forever building this castle for the sole purpose of letting Cooper destroy it.  Cooper was so excited! 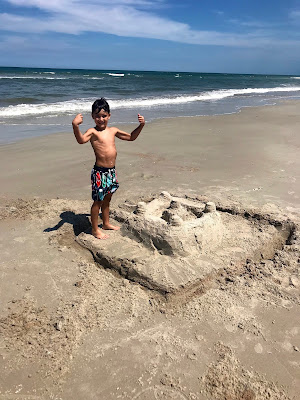 We ate dinner at the condo, and then went and found some ice cream afterwards. 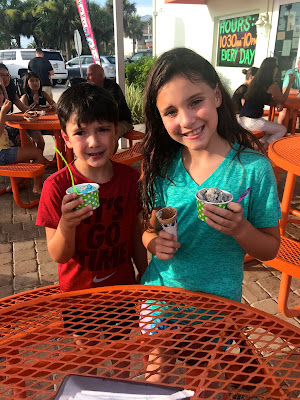 What this doesn't show is that it was so good - but so messy!!  By the time the 6 of us were done, ice cream was everywhere - haha. 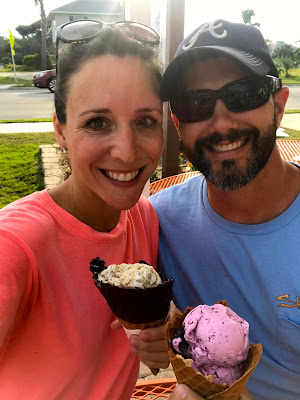 According to Cooper, Cone Heads was a "super double infinity thumbs up" (which is the highest rating something can get)!