In the post about Cooper's birthday party, I talked a little bit about how having a summer birthday is not all it's cracked up to be.  While all of that is true concerning planning and hosting a party, there are some major benefits to having a summer birthday: mainly, he will never go to school on his birthday!  We get to celebrate all day long!  LL has to go to school a good bit on her actual birthday (in February), but Cooper never has to worry about that!

He was up bright and early, and immediately wanted to open his presents that we put out on the table the night before.  (Side note: how cute is his little bed head?  We call it his "rooster hair", and it is just so adorable to me!) 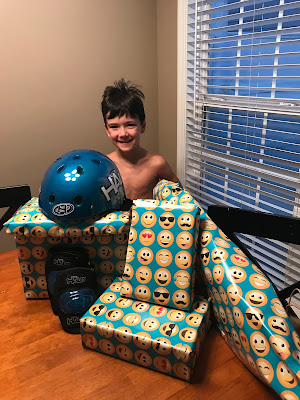 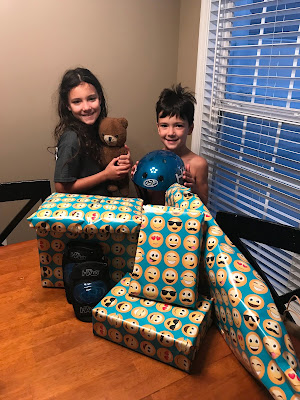 His big gift this year was a big-boy scooter!  He had been riding the same three-wheeled scooter for several years, and it was beyond time to get a new one.  Now that we're in a neighborhood (and not in the country on a dirt road), he has a lot more opportunity to ride around (and LL does, too)! 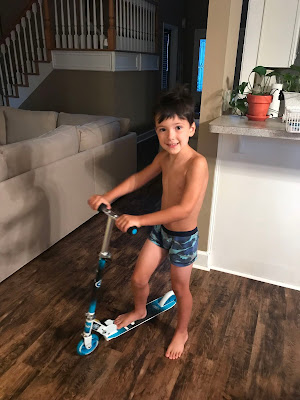 He saw this light saber in the Star Wars store at Disney Springs when we were there with the Parkers.  Emily was extra sneaky and bought it for me and put it in the bottom of her stroller - and Cooper was none the wiser.  He was so excited to open this up on his birthday - I don't think he expected it at all! 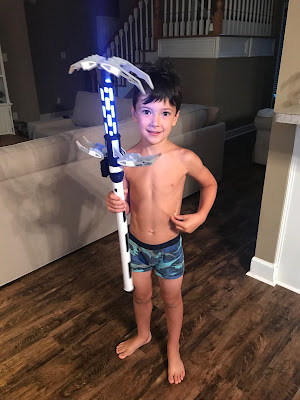 It's become our yearly tradition to go to the "Donut Store" for breakfast on Cooper's birthday.  He loves donuts (heck - we all do!), so he really looks forward to it every year! 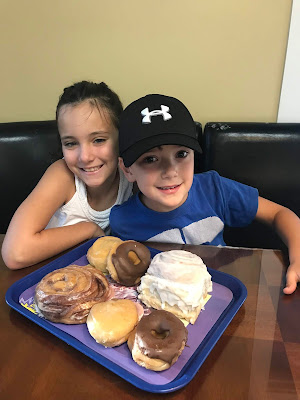 He picked out one blueberry filled and one chocolate covered for his breakfast. 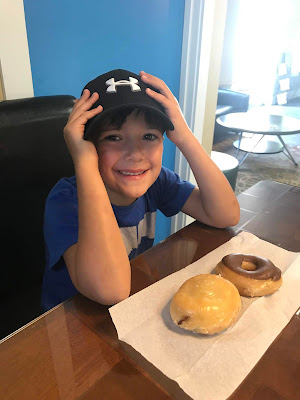 LL went for a cinnamon roll! 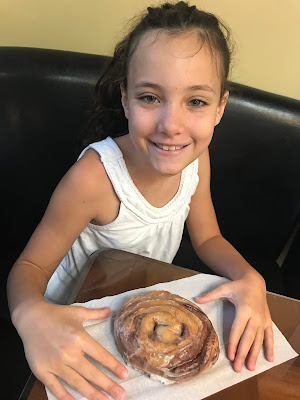 After breakfast, Matt went to work and the kids and I came back to the house for some play time.  After lunch Cooper wanted to go see Incredibles 2.  Since Matt couldn't go, we called Grammy and she came with us! 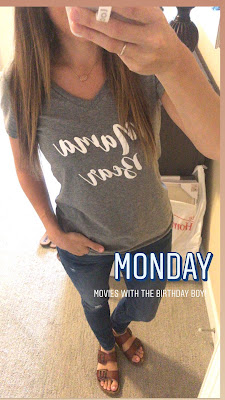 Since it was his birthday, LL was nice and actually held his hand on the way in - haha. 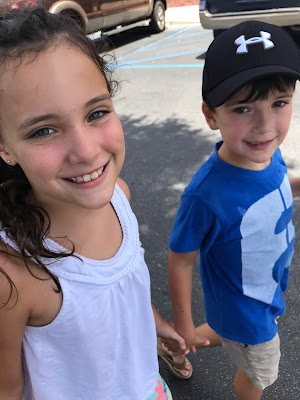 The movie was great!  It was a fun way to spend Cooper's birthday afternoon! 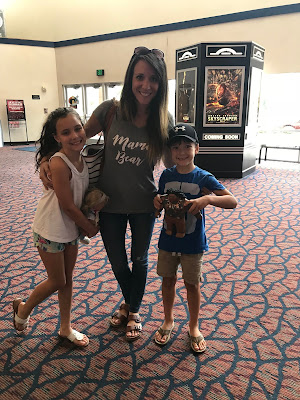 Cooper's biggest request for his birthday was to eat at "blue Burger King".  It's this nasty Burger King next to the interstate in our town.  It is so gross, and I hate it (Grammy and Pop are the ones that have taken him there), but he loves it because of the huge play area.  I tried my best to talk him into even Chick-Fil-A, but he wasn't having it!  Since it was his birthday, he got what he asked for! 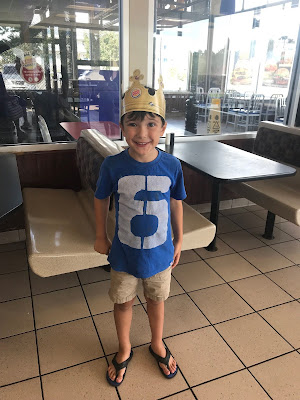 Ben was in town, so Oma and Opa brought him there to play, too.  We let the kids eat there, but Matt and I declined - haha.  We usually have a big family dinner of the night of the kid's birthday, but since he wanted to go to Burger King, we didn't see a need for inviting everyone to come there.  He was just as happy as he could be with LL and Ben! 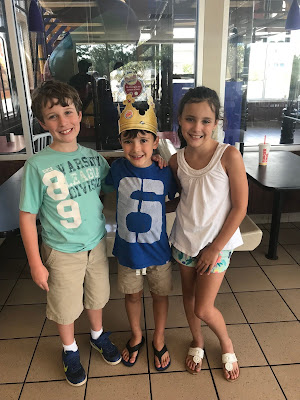 Instead of cake, Cooper picked out a huge cinnamon roll at the Donut Store that morning that he wanted instead.  We put in a candle and sang him Happy Birthday with his cinnamon roll! 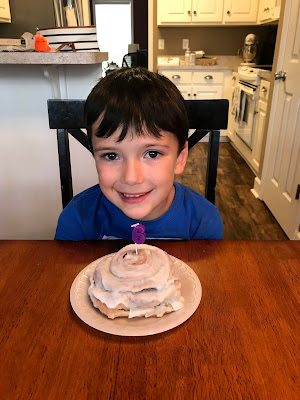 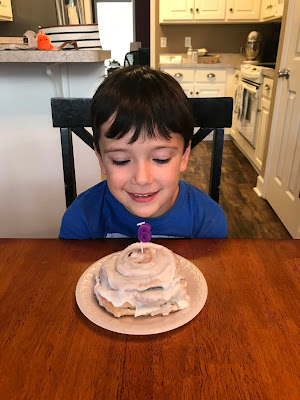 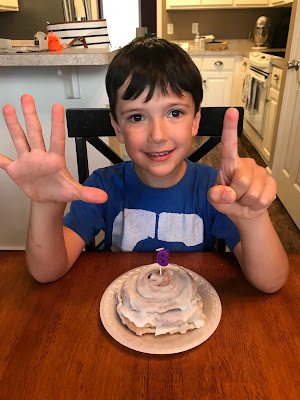 When I look around our house and realize that we are 100% done with all things baby, it surprises me so much.  That phase just passed so quickly!  Now, our youngest is six years old and we're headlong into "big kid" territory! 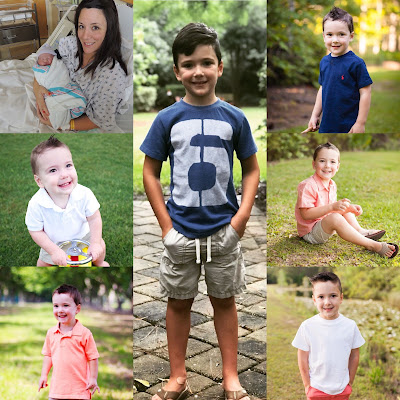