To close out the school year, both kids had ceremonies for us to attend.  First up was LL.  She had an awards ceremony one afternoon, and Matt and I were both able to go.  Grammy and Pop asked if they could come to any ceremony she might have, so they were able to come and support her, too!

She got an award for being on the Honor Roll all year!  She was *so close* to Principal's List, but a few huccups along the way prevented that.  Regardless, we are so proud of how hard she worked this year, and the great grades that she ended up with! 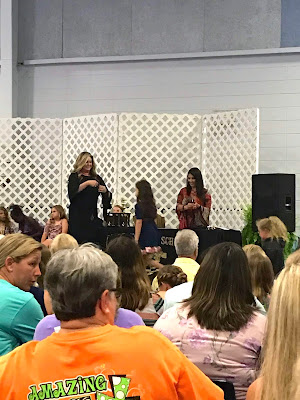 More importantly, she was so proud of herself - which is what means so much! 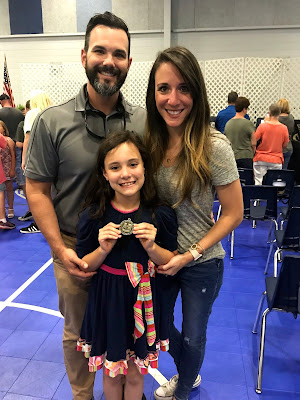 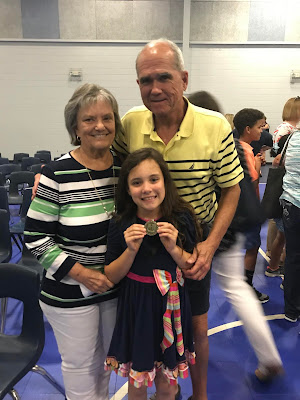 We have been blessed in the teacher department every year since LL entered public school, and this year was no exception.  LL loved both of her teachers, and she wanted to get pictures with them before we left. 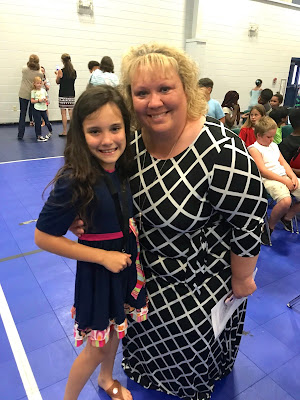 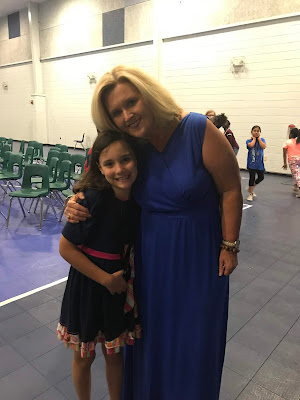 LL's principal goes to church with us.  She started the year being super scared of him, but now she loves him and isn't scared at all - haha. 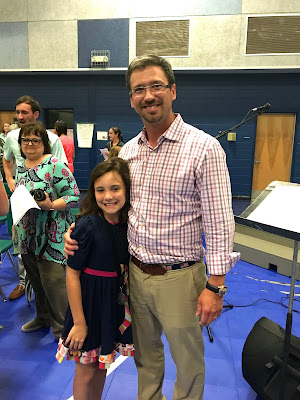 Next up was Cooper's day!  He had his preschool graduation, and the whole program was so cute!  Cooper did a great job in his program, and all of their little songs were adorable. 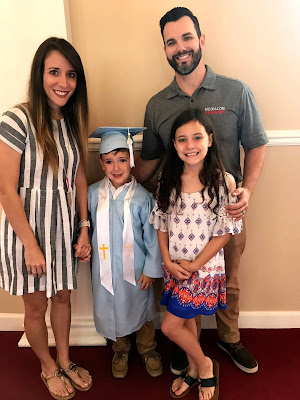 Interesting fact about Cooper: whenever he has any sort or program or presentation, he does amazing during the program, but he loses it immediately afterwards.  Literally he's done this every time for 3 years of preschool.  It's like he holds it together so well during the performance, that he just has a huge emotional release when it's over.  Proof: 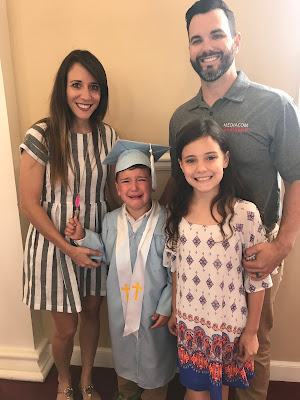 All of his grandparents came to see his ceremony and to support him! 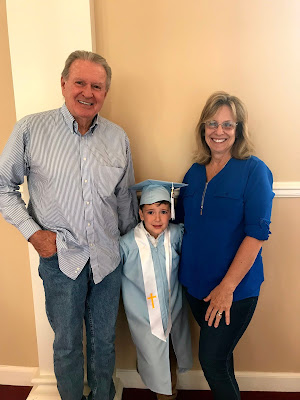 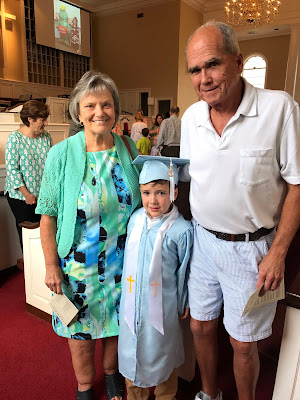 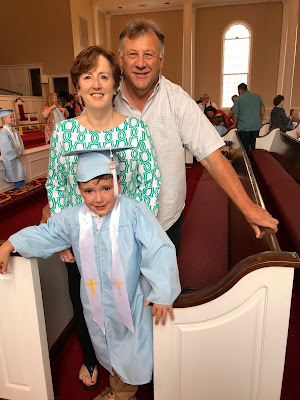 There was a little reception afterwards with cake, and Cooper said goodbye to his teachers.  Mrs. Tish taught both Cooper and LL in their last year of preschool! 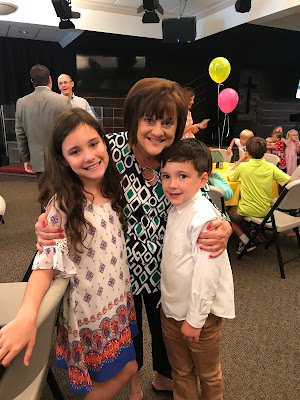 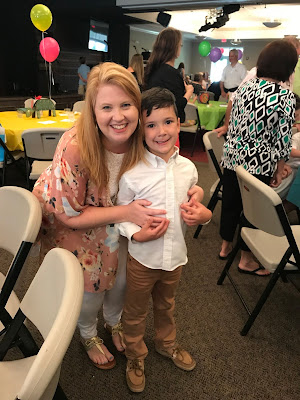 They also went around and said what they wanted to be when they grew up:


They also did a song with handbells - I was impressed with his whole class for this!  (although, if you watch the video, I did get a serious case of the giggles at the end - haha)


No more preschool for any of my kids!  What?! 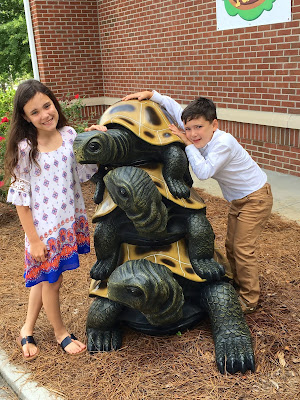 The school gave these to the parents as gifts, and I'm so glad!  It took the stress off of trying to get a perfect picture the day of, and it is such a cute picture!! 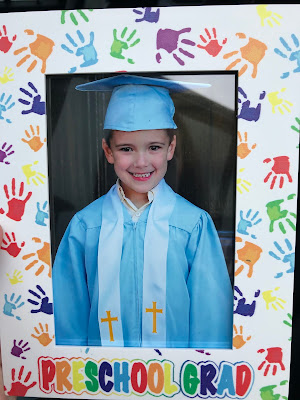