Whew!  I didn't intend to take a blog break for this long, but man some thing have been happening here!  Things are starting to calm down, so the blogging should pick back up from here on out!  Here's a look back at how our Easter went:

Cooper's Class Party
Cooper's class had a fun little Easter party at the house of one of his classmates, so I actually took the morning off of work so that I could be with him at his party.  With him being my last baby in preschool, I wanted to soak up all of the "end of the year" things that I could!

They had these adorable baskets and ears for all of the kids in his class! 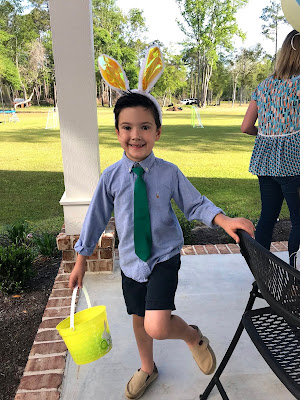 This picture absolutely cracks me up.  This is Cooper with his best friend from his class - literally the biggest and smallest kid in the whole class - haha.  Cooper looks like he eats him for breakfast! 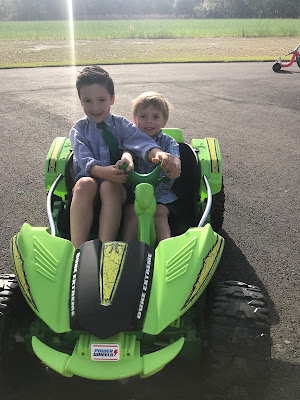 The house that hosted the party was absolutely gorgeous, and they had this fun playhouse outside. 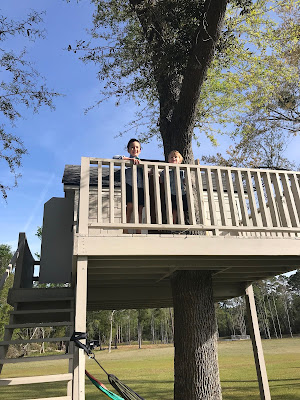 I had a completely different outfit picked out for Cooper, but he insisted on wearing a tie so that he could "be handsome".  Bless him. 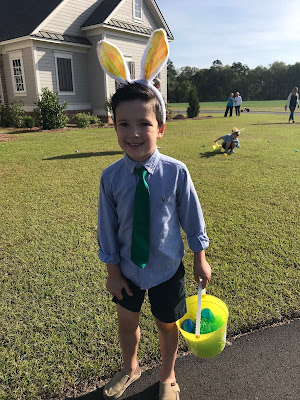 We had so much fun together! 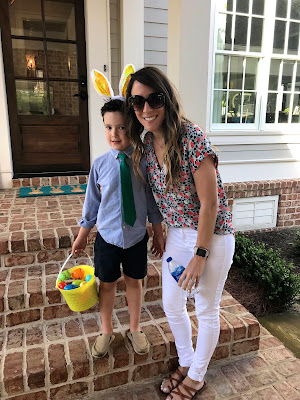 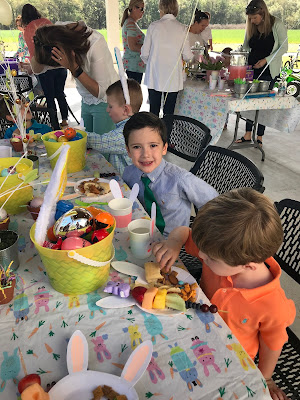 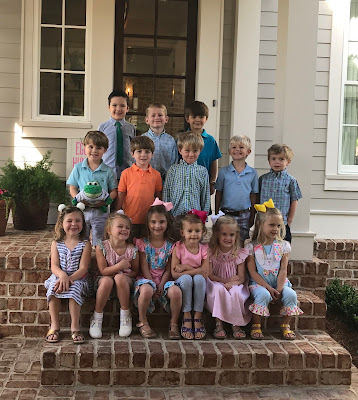 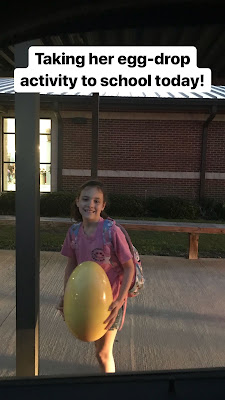 We came back a few nights later to test it out.  Sadly, it did not cushion the egg enough and it broke everywhere! 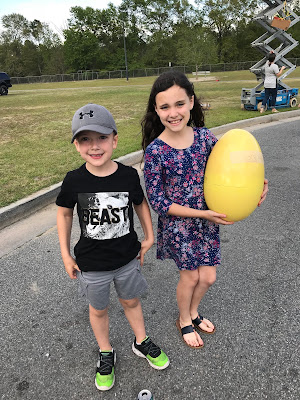 Church Easter Celebration
The Saturday before Easter, Crosspointe hosted a big Easter festival that we went to that morning.  It was absolutely freezing outside and hard to enjoy (and the kids were definitely not dressed appropriately #momfail) 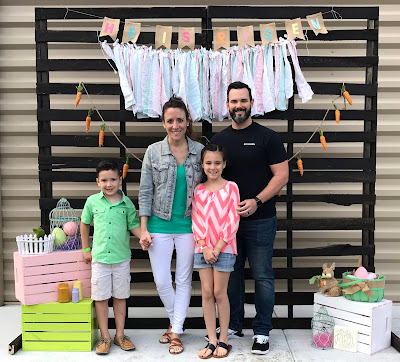 Both kids love to get their faces painted, so we waited for this booth for quite a while! 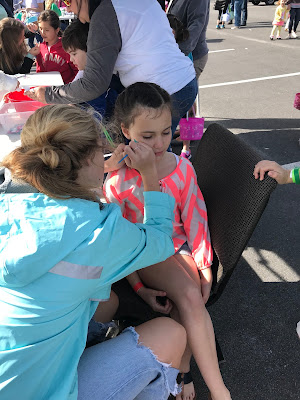 LL got a unicorn with a golden horn. 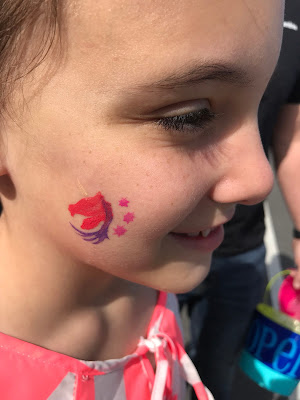 Cooper got a golden lizard. 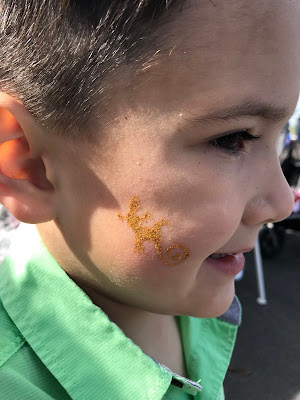 After the Easter festival, Matt and I headed home to prep the house to put it on the market, and LL and Cooper stayed at Grammy and Pop's house to dye Easter eggs!  This is not my favorite Easter tradition (it's sooo messy), so I wasn't super bummed to miss out on it.  ;) 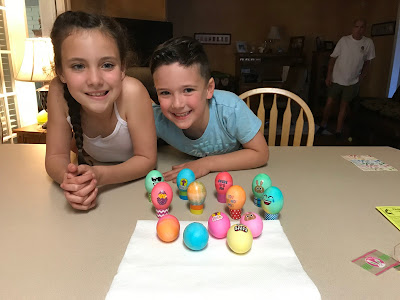 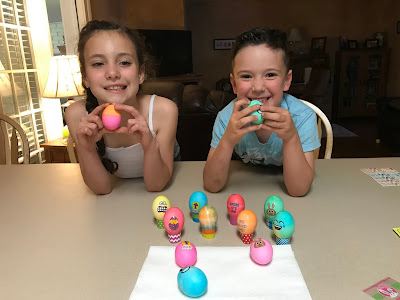 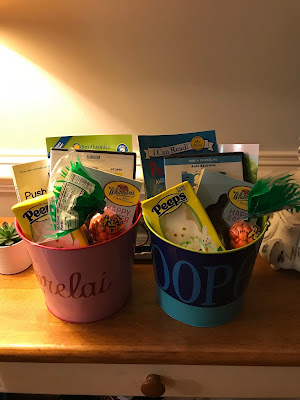 Easter
The next morning, we were up bright and early and ready for church!  These kids are so adorable - I can't even stand it. 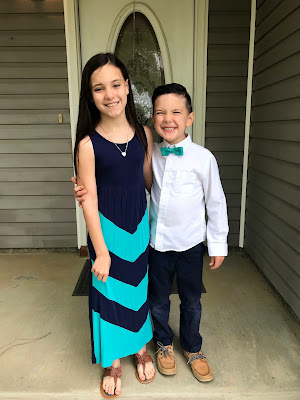 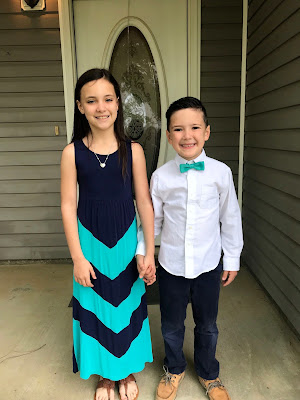 These boys and their ties!  It kills me! 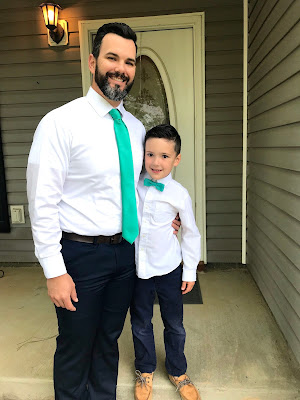 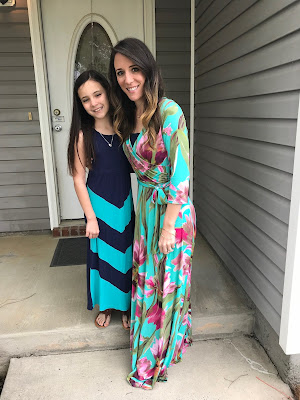 We were having Easter lunch with Oma and Opa this year, so Oma ended up coming to church with us! 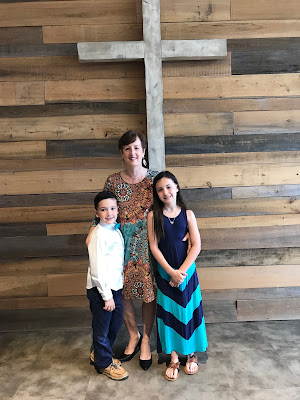 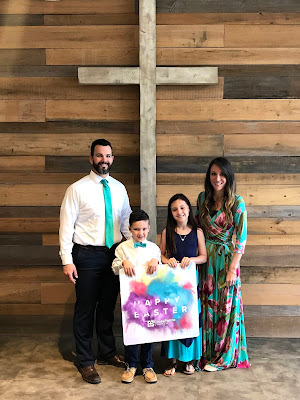 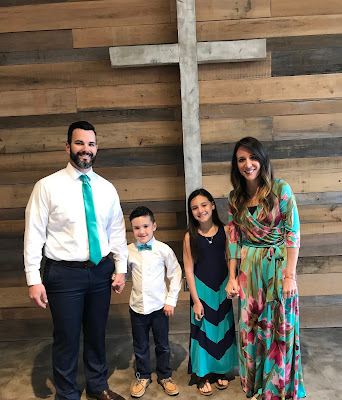