One thing that both LL and Matt look forward to so much every year is the Father/Daughter Dance that happens right around Valentine's Day.  They started going when LL was 4, and I am not exaggerating when I tell you that both of them love it.

I saw an article being passed around Facebook recently with a list of reasons why a father should NOT date his daughter.  I read it, and while I do understand a few of the points, I don't really agree with it.  I don't think it's weird.  I don't think it's inappropriate.  I think it's sweet, I think it's special, and I see how much both of them look forward to this day.  Dad's "dating" their daughter may not be your thing (and that's okay!), but it's something Matt does with LL for sure.

These two were dressed to impress this year!  I picked out LL's dress without her around, so I was a tad nervous about her liking it - but she didn't just like it, she loved it! 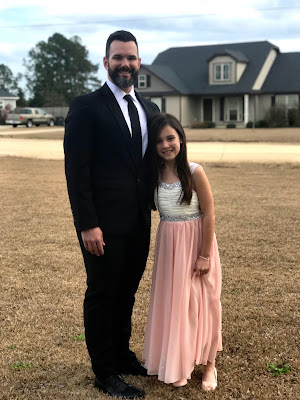 Usually I curl her hair for the dance, but this year she asked for it straight - and she is a beauty! 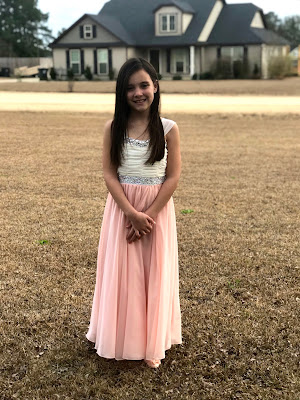 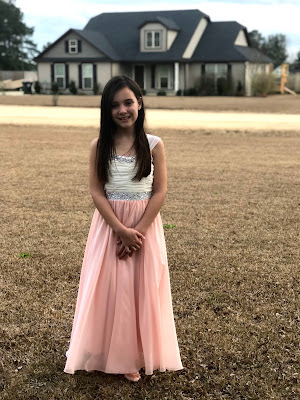 We'll keep taking a picture of him holding her for as many years as we can! 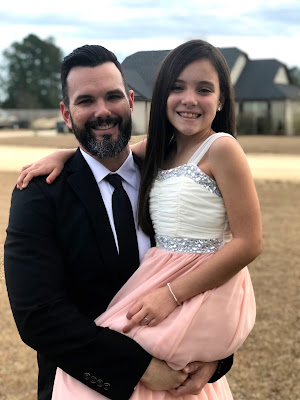 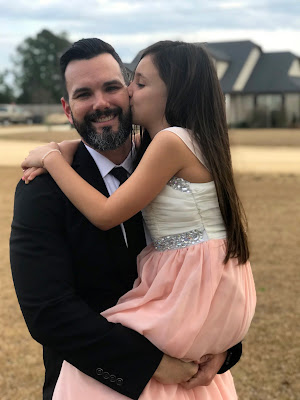 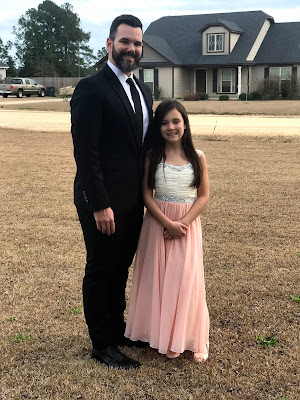 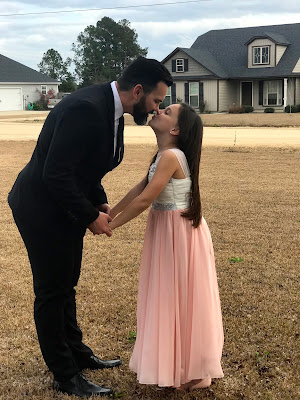 LL picked dinner at Red Lobster before the dance!  Sometimes they go to the dance with other dads/daughters, but this year they just went solo (which they both wanted to do). 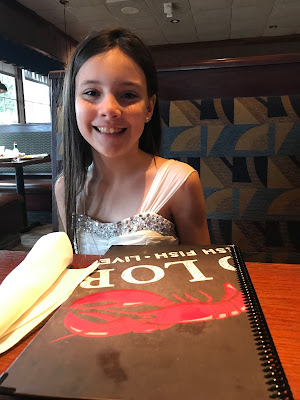 This was their 5th time going to the dance together (one year LL got a stomach virus and they had to miss it). 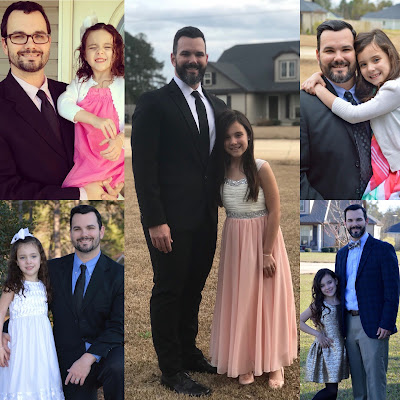 Matt didn't send me any pictures from the dance, but he did take a few videos to send me.  I put them all into one video here.  I love seeing how happy LL is and how much fun they are both having!

There's another tradition that always happens the night of the Father/Daughter Dance - Cooper and I always go out to dinner with Gigi.  This year, he wanted to go eat at "superhero pizza" (Mellow Mushroom)! 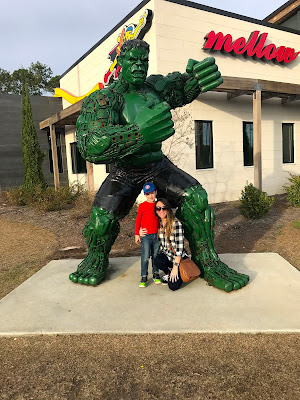 This kid beat me at tic-tac-toe THREE times! 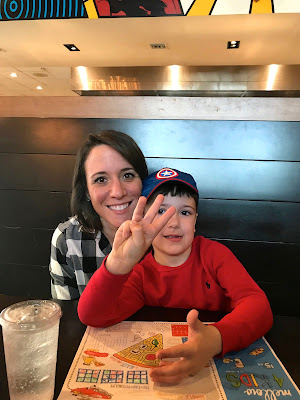 Cooper loves watching them make the pizza, so I took him over to watch for a little bit.  I'm so glad my mom took this picture while we were over there.  I don't know how much longer I have being able to pick him up/carry him, so I'm treasuring it while I can.  I didn't know she snapped this, but I'm so glad she did.  Have you seen that article that talks about how we don't often know when we have the "last time" of something as parents? (Last ever diaper to change, last ever booboo to kiss, last ever time to wash their hair, etc.) . We know we'll stop all of these things eventually, but we don't know when the last time will be even when it's happening.  I don't know when my last time to pick Cooper up will be, but if this time was it, at least I have a picture.  :) 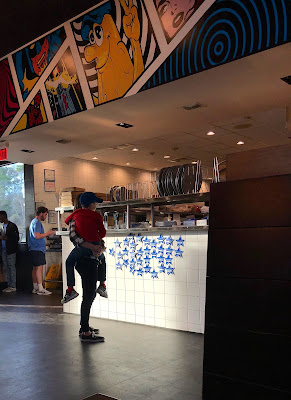 Cooper's real motivation for wanting to watch them make the pizza?  They usually give him some dough to play with - haha. 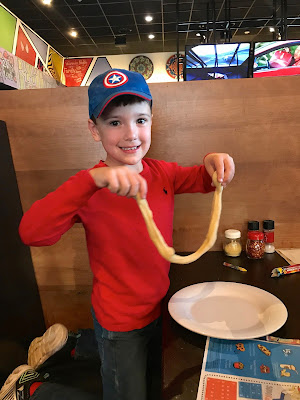 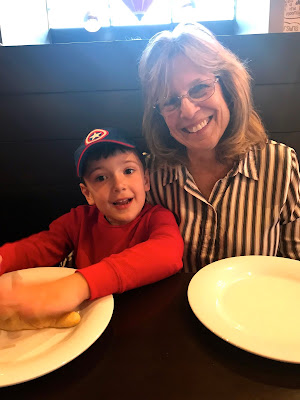 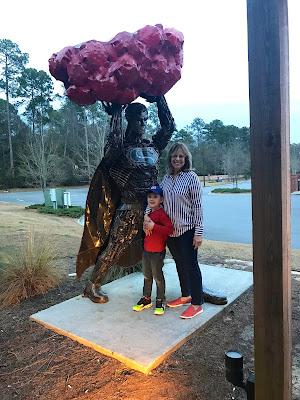 Everyone is happy on this night of the year!  LL and Daddy are happy to go to the dance, and Cooper and I are happy to have our special dinner with Gigi!