As soon as Christmas gets over, we have to start gearing up for a birthday around here!  I know that I seriously say this ever year, but it is so so true every year - how is my sweet girl getting so big?  Time if flying by.  I feel like I just blink and she's another year older already.  8 was a good year, and I have high hopes for 9.  LL's birthday fell on a Monday this year, but we started celebrating the weekend before.  Here's how we celebrated our girl:

LL's actual birthday was on Monday, but we had her "family celebration" on Sunday for lunch.  LL is loving the Descendents movies right now, so I ordered her a Descendents cake from Sam's.  Matt took the kids to pick up the cake on Saturday, and LL was so pumped when she saw it! 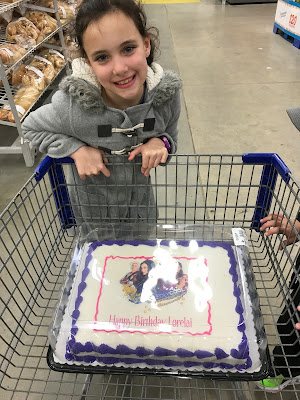 On Sunday, we met all of our family at Smokin' Pig for LL's birthday lunch.  This is where LL picked to go last year, and surprisingly she picked to go back again this year (even though I seriously think we haven't been at all since her last birthday).

This sweet girl is just so beautiful! 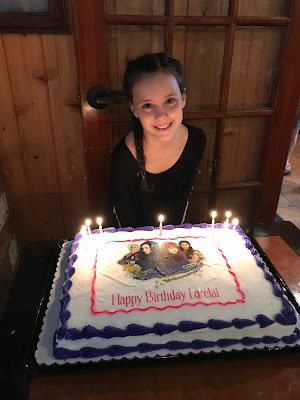 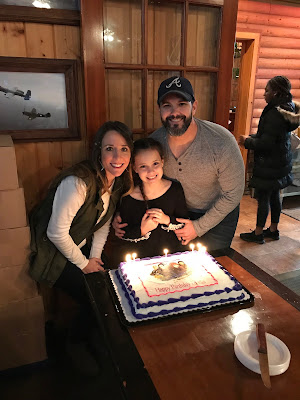 LL was so sweet and let Cooper help her open her presents from all of the family. 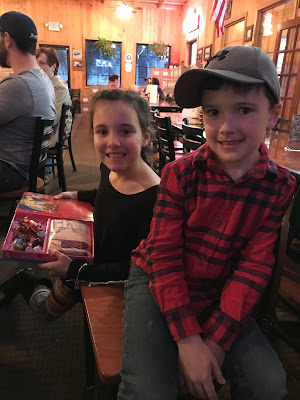 One thing is for sure, LL isn't lacking in the "people who love her" department!  We had quite a crew gather to celebrate her! 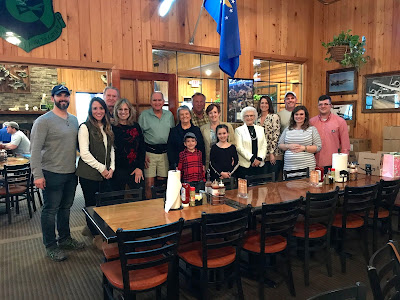 Cooper's favorite part about someone else's birthday?  All the cake!  Haha. 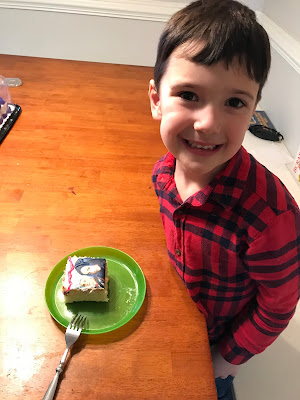 That night after she went to sleep, Matt and I decorated and got all of her presents set up (from us) for the next day. 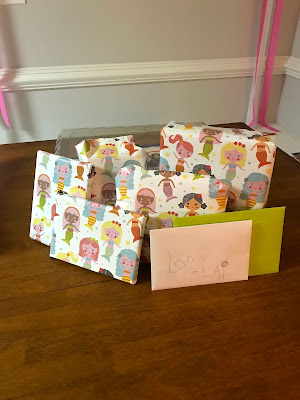 Last year, we put streamers on her door for the morning of her birthday.  Honestly, I had forgotten allll about it, but LL remembered and went on and on about how she wanted us to do that again.  Good thing this is an easy thing to deliver! 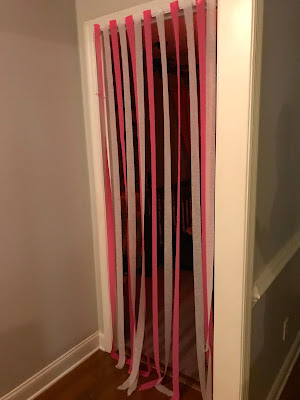 The next morning we woke up to a NINE year old!  These are some of my favorite pictures of her over the last year. 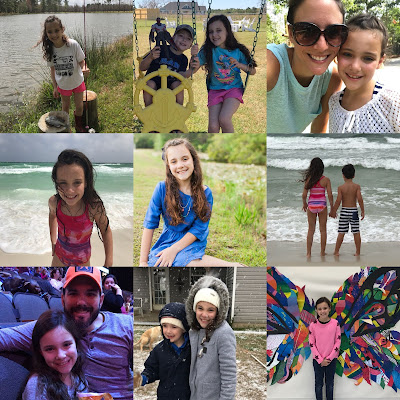 What better way to kick off your birthday than with a cinnamon roll the size of your head?? 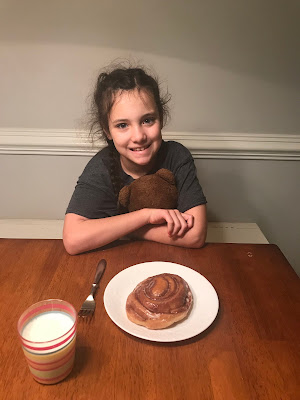 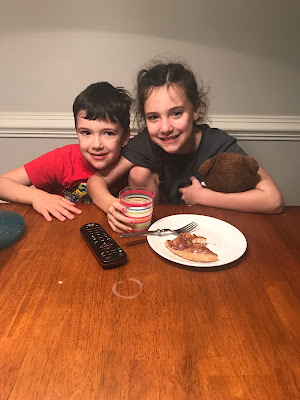 A car birthday selfie before dropping her off at school! 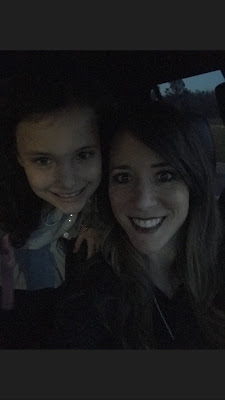 We didn't tell LL at all, and had a surprise set up for Gigi and Poppy to come eat lunch with her at school.  Her teacher was in on it (and helped us coordinate some), and LL was over the moon when Gigi and Poppy showed up! 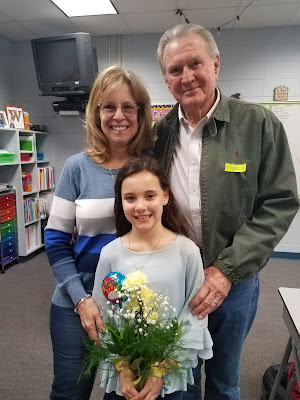 Not only did they bring her some pretty flowers, they also brought her Chick-Fil-A for lunch! 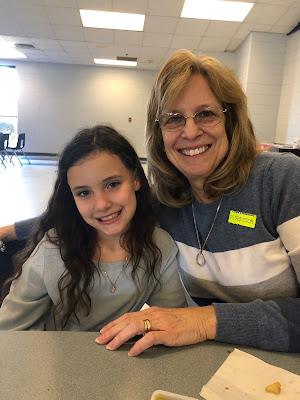 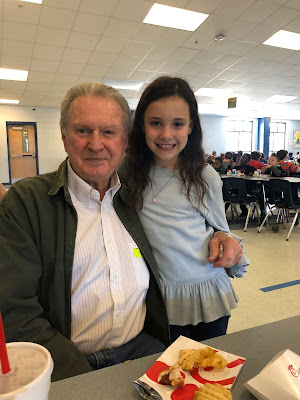 That afternoon I came to her school to bring treats for her class.  She wanted brownies, so she helped me make some (with oreos in the bottom!) the night before!  They were a hit with her classmates! 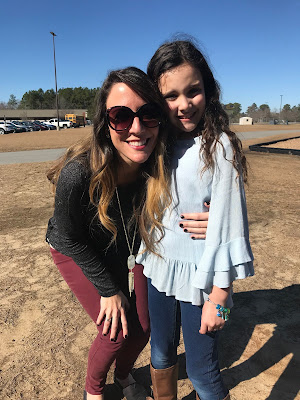 That afternoon when we got home it was present time! 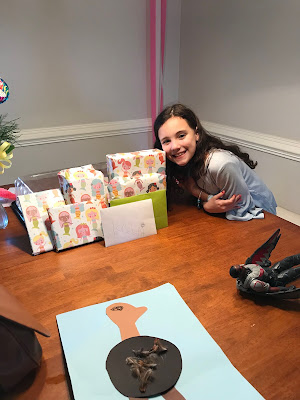 Cooper was so sweet and wrote in her card all by himself! 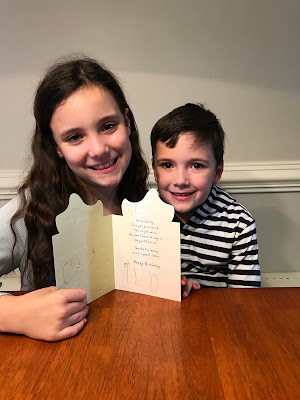 Between Christmas and her birthday, allll she talked about was wanting one of these fingerling monkeys!  Thankgoodness we delivered! 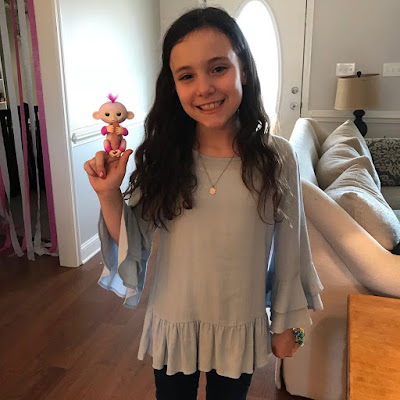 We cut another piece of her cake from the day before, and sang and lit a candle again! 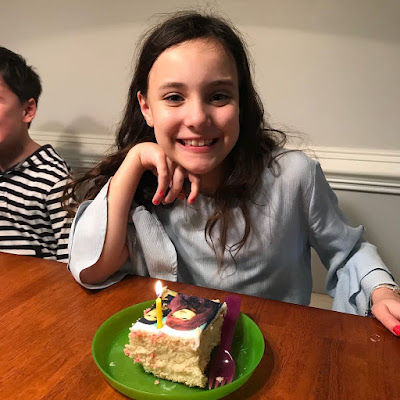 There's no question about it - three of us are over the moon for this girl! 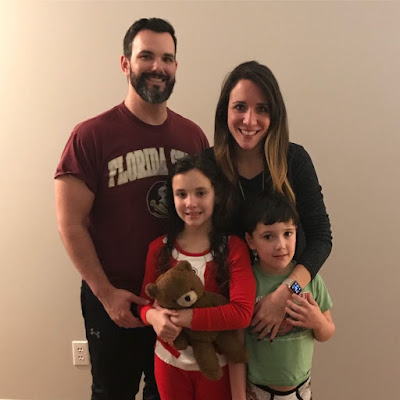 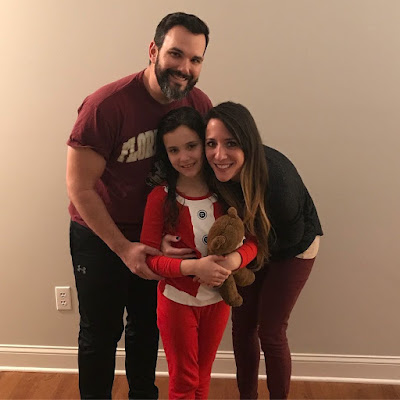