Date Night and a Family Day

January ended up being a pretty busy month for us when it came to the weekends.  We had something going on almost every weekend of the month.  Last weekend, we had two fun events: We had Matt's Mediacom "holiday party" and we had our family trip to Jacksonville for Avenger's Live with the kids.

When Matt first started with Mediacom, they did a holiday party one weekend in December.  The longer he's been there (the end of January marked 5 years!), the further away from Christmas and the holiday season the party has moved.  This year, it was at the end of January and the theme was "Casino Night".  It ended up being one of the most fun parties they have ever done!  We really had a blast, and the night just flew by.

They had a cute photo set up, which I loved, but we made sure that you could see the misspelled "Aladin" in the backdrop - haha. 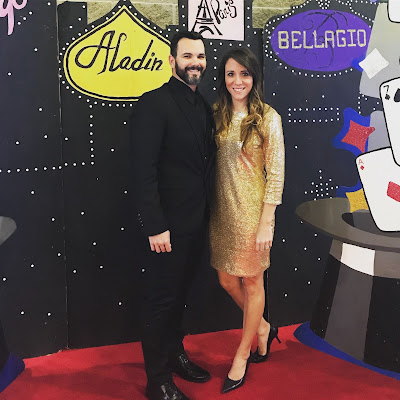 They had a casino company come in, and after dinner, everyone had vouchers you could exchange for chips to play all of the games.  I am someone who literally knows zero about playing cards, gambling, etc, but it was seriously so so fun.  All of the dealers were patient and would explain the game to the people at the table.  We played Black Jack, Roulette, and a few others.  I definitely didn't feel like a pro by the end of the night, but I did come out knowing more than I went in.  When all of the tables shut down, you could take your "winnings" and exchange your tokens for more raffle tickets for the prizes Mediacom was giving out (it was a pretty genius idea!_ 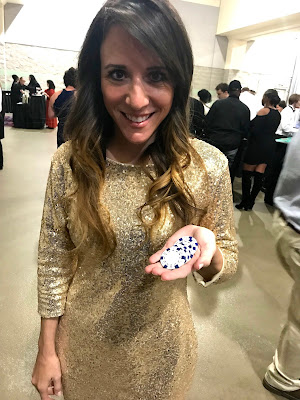 It was so fun to get all dressed up and have a night out with my favorite man! 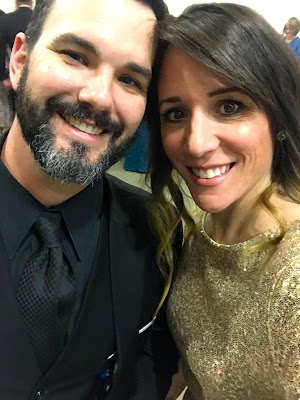 They also hired this super creepy Elvis impersonator who walked around during the gambling.  About every 45 minutes or so, he would get in the middle of everyone and lip sync Elvis songs.  I'm pretty sure he had had a lot to drink before he even made it to the party because he reaked.  He also had no concept of personal space and would get verrrrry close to the women.  Casie had to get a picture just to show how crazy it was.  He seriously looks like a wax figure! 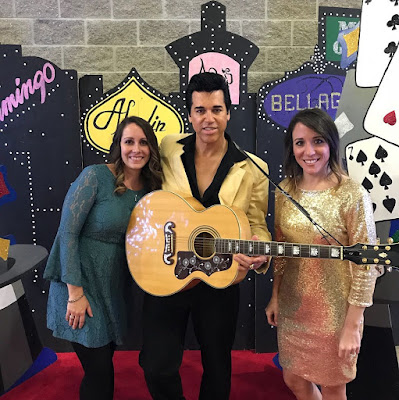 We ended up winning one of the prizes that night....and it was pillows!  This was actually awesome for two reasons:
1- we really needed some new pillows for our bed
2- We googled them, and they are $120 EACH.  Ya'll.  We don't buy pillows that expensive.  Now that we've been sleeping on them for a few weeks, I will tell you that they are amazing!  We love them! 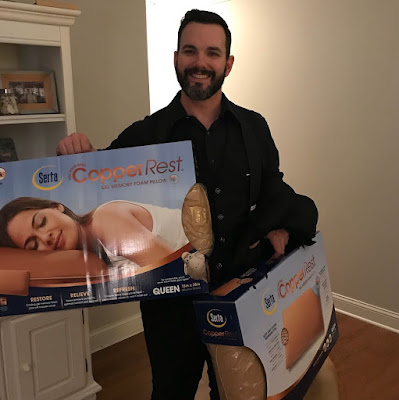 About a year and a half ago, Matt and I took a "Cooper trip" and drove to Jacksonville with him to see Marvel Avengers Live.  He loved it, and honestly, Matt and I did, too.  It was such a good show and was so entertaining.  When we saw that they had started a new tour with a different version of the show, we knew we had to take the kids.  We actually bought tickets in December and gave them to the kids as part of their Christmas present.  Honestly, it's hard for kids to get a "hey - here's tickets for something we're going to see in a month" present, so they weren't so pumped about it at Christmas.  When it actually came time to go, they declared it the best Christmas present ever -haha. 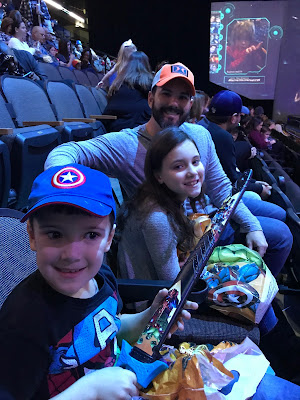 We got there in perfect time to get parked, go to the bathroom, get some treats, and find our seats with about 10 minutes to spare before show time! 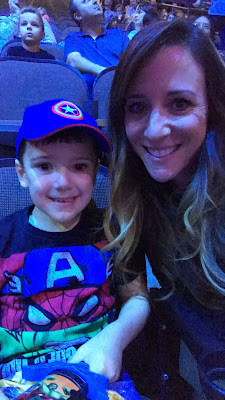 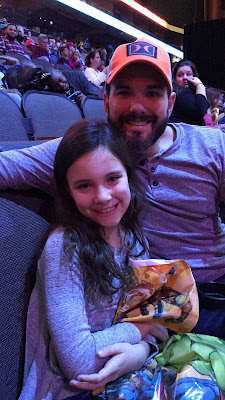 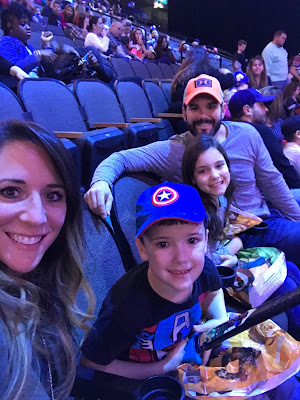 We got some cotton candy for the kids to share, and it came with this cute foam Captain America hat on it.  The kids did a great job taking turns wearing it! 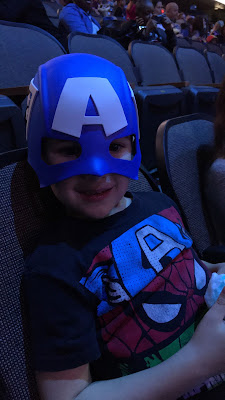 Because of the coloring, the hat totally looks like a filter on the picture here - haha. 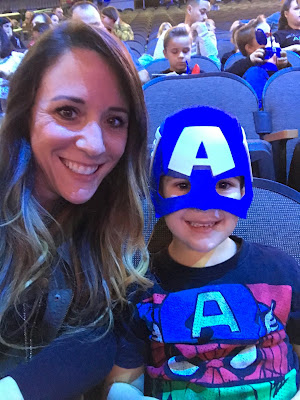 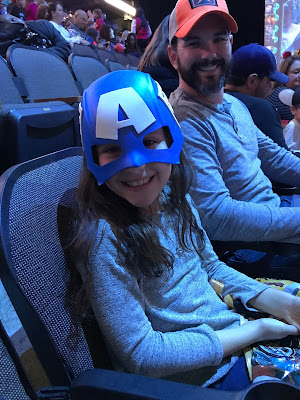 We're ready for the show to begin! 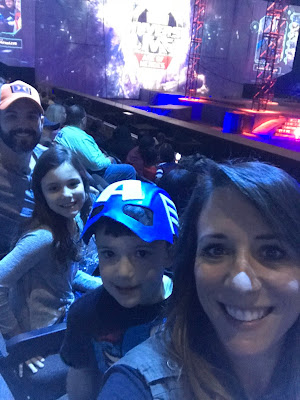 Because we had been before, we knew exactly where to get seats to be the closest (it's not where you would think), and our seats were amazing this time.  All of the characters were so so close to us! 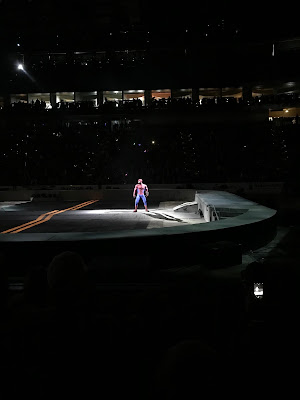 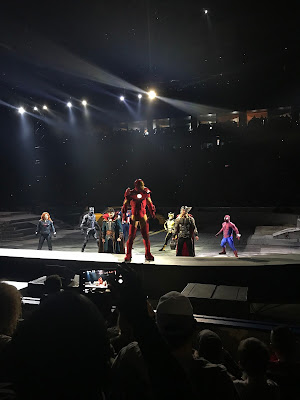 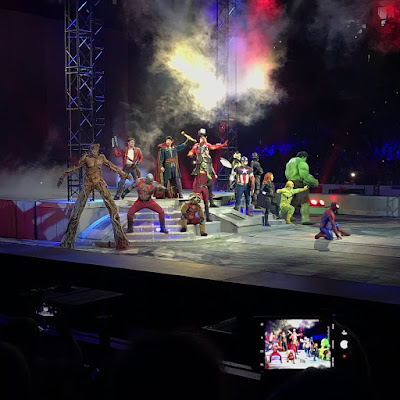 The show was so great and seriously held all of our attention.  Everyone (even LL) was sooo into it and you don't ever have time to get bored or think about anything else.  It is just action packed from the beginning to the end!

We had such a fun Family Sunday Funday! 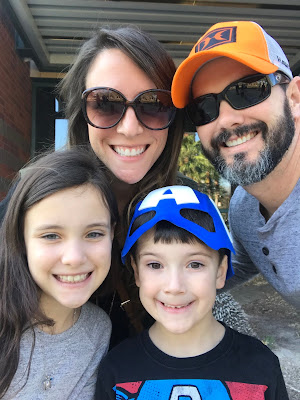 It seriously was such a great weekend: a fun date night with my hubby, and a road trip adventure with my whole family.  It doesn't get much better than that!