Our past few Halloweens have been so epic, and it's truly something our whole family looks forward to every year.  This year, the kids were super pumped and we seriously talked about (and looked forward to) Halloween for at least a month prior.  Both kids were very involved (and opinionated) about what costumes they wanted to wear this year, and the anticipation was just so much fun!

Cooper had his Pumpkin Party at school the day before, so it wasn't a dress up day for him (or for LL).  Even though he dressed normally, he spiced up his outfit with some vampire teeth - haha. 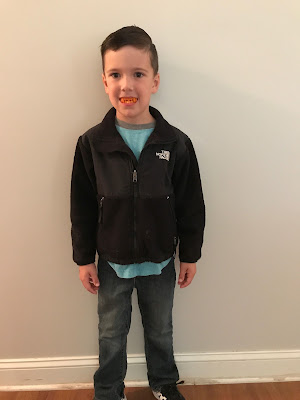 This week was also Cooper's snack week, so we sent in some monster donuts for Halloween! 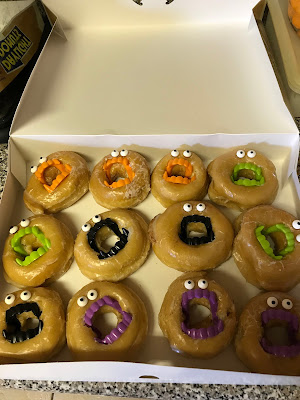 I was feeling pretty festive myself! 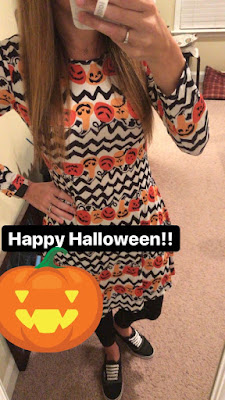 Flip Flop came home on Halloween!  Flip Flop is Cooper's class pet.  When it's your snack week, Flip Flop gets to come home with you for the week.  You take pictures of your adventures with him, and then at the end of the week you put the pictures in his journal and write about your time together.  Cooper was so excited about finally having his turn with Flip Flop! 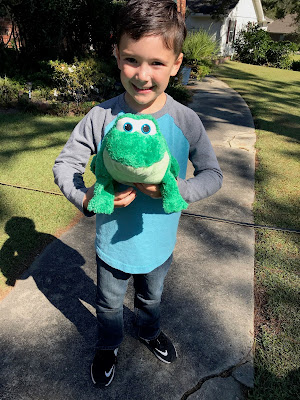 After school, Halloween took a sad turn of events.  Cooper woke up coughing some, and by the time school was over, it had gotten pretty bad.  Long story short, Matt ended spending four hours at the doctor with him (he had croup).  If you're keeping track, this is the second time Cooper has had croup since August.  No clue why he's getting it so often all of a sudden?  It's lucky for Flip Flop that they went to the doctor because he had a broken leg and Cooper ended up having to perform emergency surgery. 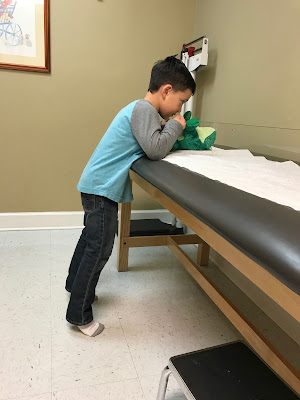 Cooper and Matt got done at the doctor just in time to keep our Halloween plans.  We met over at the Parker's for dinner before trick-or-treating.  Here's our crew this year! 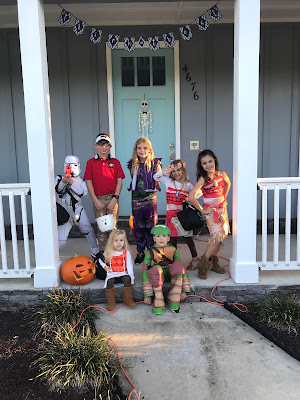 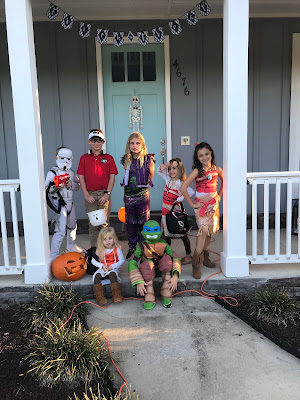 My Leonardo and Moana! 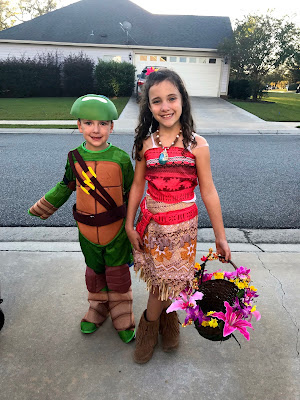 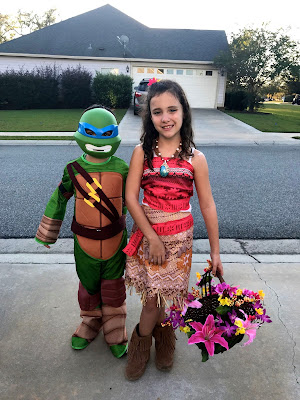 Both of Emily's girls were Moana, too, so we had three Moanas in our crew.  :) . LL absolutely adores Tess and was so happy to trick-or-treat with her! 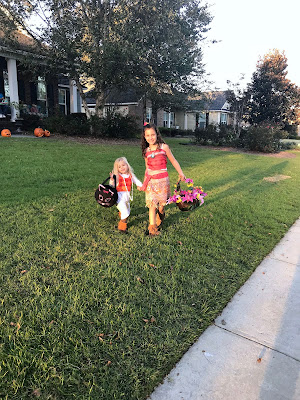 We also had twin Mommys!  This was the extent of our "mom crew" this year - it was a pretty big downsize from last year.  Regardless, we still had a blast just the two of us! 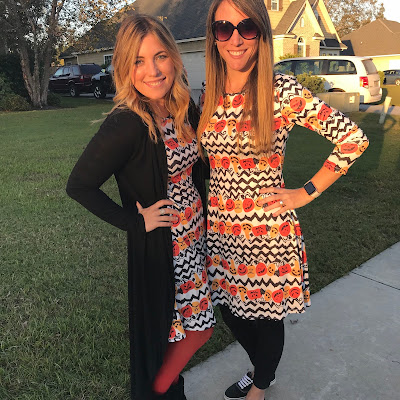 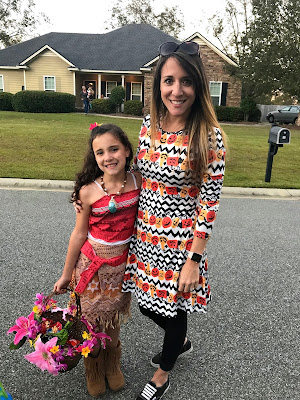 Flip Flop came trick-or-treating, too!  It was about this time that Cooper said he was tired and wanted to go home (Bless).  Matt took him home and LL and I stayed for another 30 or 45 minutes! 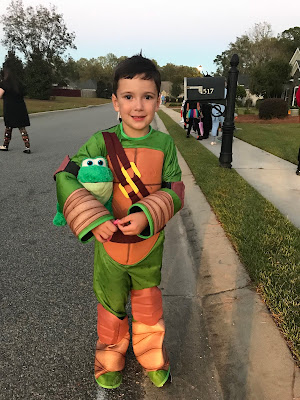 This is a great place organize an event; they have great staff and great events put on here! I had nothing but great times and great conversations at event space Chicago. They served slider and shrimp cakes as appetizers with chicken skewers, and eggrolls that had veggies on the inside and some kind of creamy fruit sauce on top.