I'm hoping now that school is back into a good swing that I can get back into the routine of doing weekend recaps!  Fall is always a pretty busy time of year for us, and this is our last free weekend for at least a month.  Here's what we were up to:

Friday
This was the last day of dressing up for Homecoming Week, and it was Black and Gold day.  LL was the cutest little cheerleader ever! 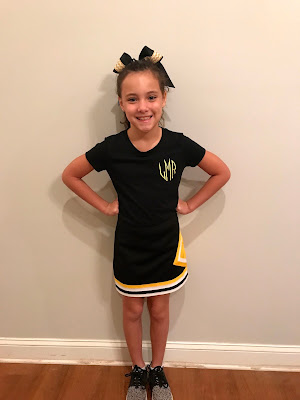 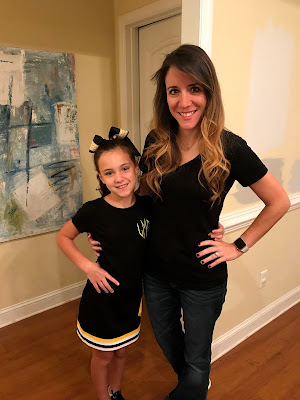 We do un-official "casual Fridays" for Cooper and this day called for TMNT.  Obsessed doesn't even begin to cover how he feels about Ninja Turtles right now. 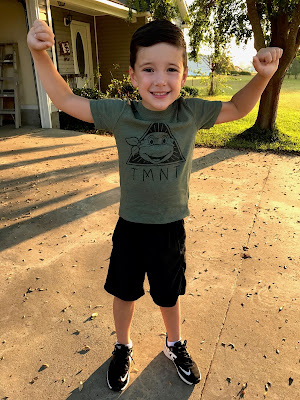 After school on Friday, I dropped LL off with Gigi and Poppy.  A few years ago, they started a tradition of going to see local kids plays together, and it is something that they all absolutely love.  She went to see "Alice In Wonderland" with them Friday night and got to spend the night with them afterwards. 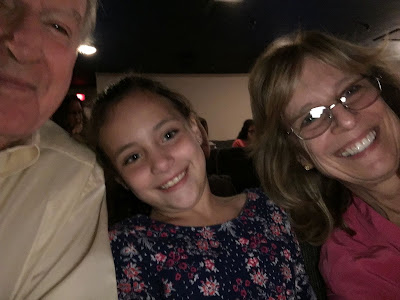 LL was at the play, and Matt was hunting, so Cooper and I had a "take out" date night.  We picked up some food and came home to eat it and watch a movie! 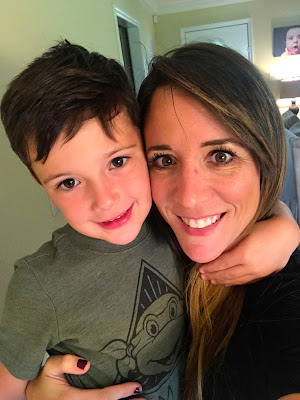 You can't have a date night without ice cream! 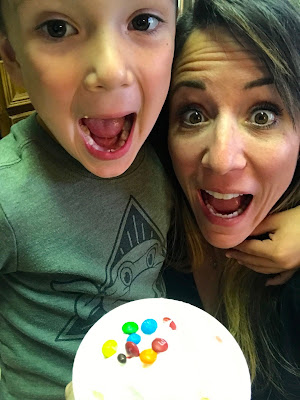 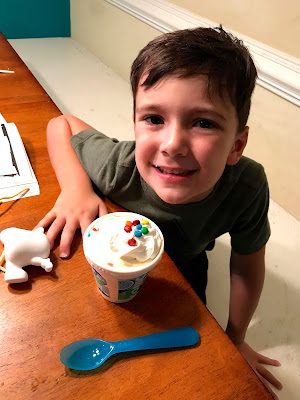 It's so funny to my how this totally looks like a filter.  It's not - just Cooper's kid's meal toy - haha. 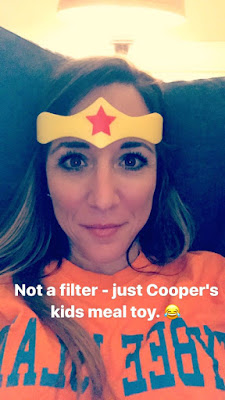 Saturday
We woke up Saturday to no plans (and LL was still at Gigi's), so Matt took Cooper "hunting".  I use that term loosely because no way is it possible to see a deer with Cooper around - haha. 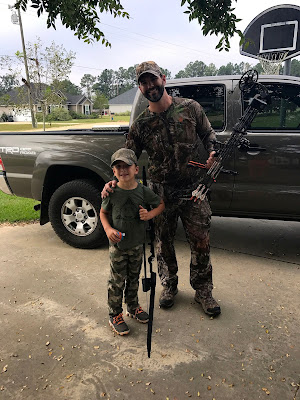 Cooper was so excited to take LL's bow with him (shhh....don't tell LL). 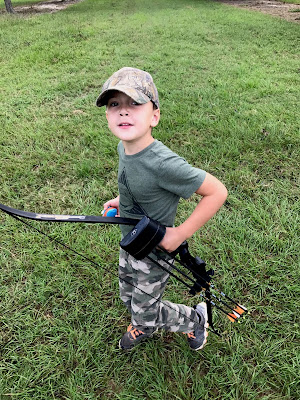 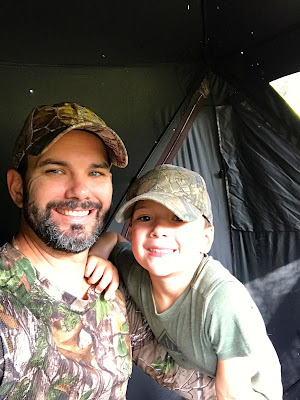 Trying to spot those deer for Daddy. 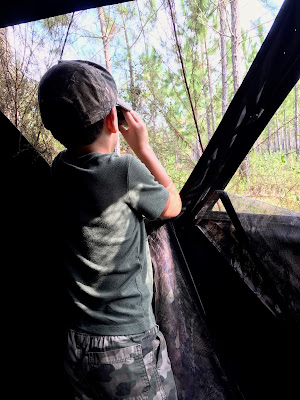 What do you do when you're tired of sitting in the deer stand?  Find a big pile of dirt to play in! 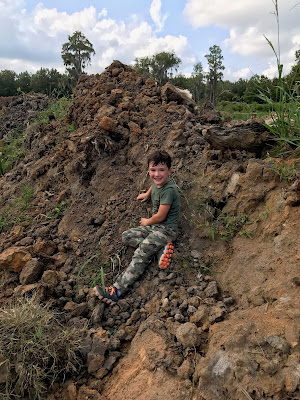 While the boys were gone, I enjoyed some much needed quiet time!  I watched Netflix (I'm currently addicted to Reign), and started book #56 for the year.  I started this on Saturday and needed to get it done by Tuesday (tomorrow) for book club.  I finished it Sunday afternoon! 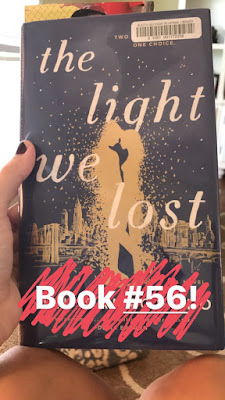 This is random (but also cute), but LL and Gigi always find some science experiments to do together.  Saturday they worked on "growing" trees! 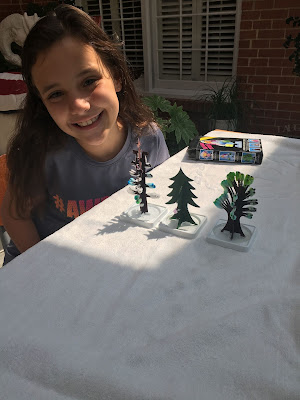 Matt, Cooper, and I were supposed to meet Gigi, Poppy, and LL for dinner (and then bring LL back home), but I wasn't feeling good and Cooper didn't have the best attitude.  We decided it would be a happier experience for everyone involved if we didn't go.  Gigi and Poppy brought LL home after they finished dinner.  Once the kids went to bed, I fit in some more Netflix time. 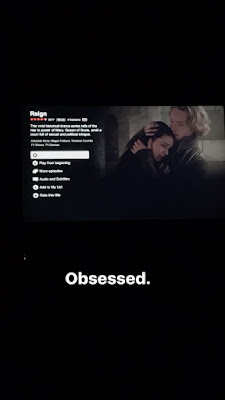 We woke up late on Sunday (and with Matt feeling crummy), so we didn't make it to church.  The kids had some art time in the morning.  LL loves "Bad Kitty" books, and she did an amazing job drawing a painting kitty!  (Don't you love her "play outfit" she got dressed in - haha) 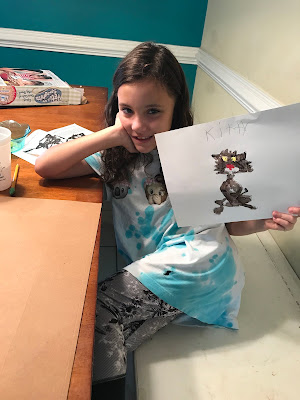 I was so impressed! 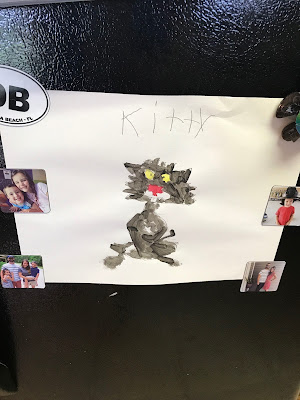 Cooper is not really one to a- sit still for very long or b- do arts and crafts.  He wanted to paint to, and I was super impressed with his sky, grass, and apple tree! 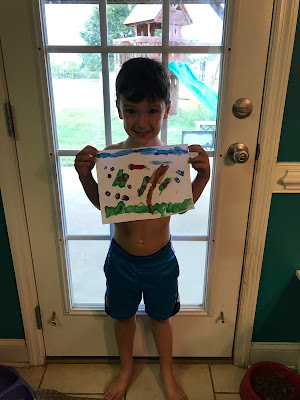 I started a new book during nap time! 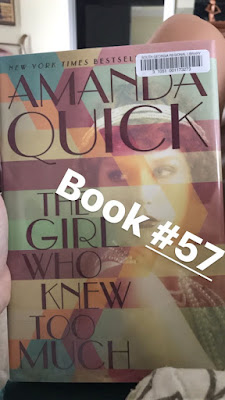 We're in the process of pretty much painting the entire interior of our house, so we tackled another wall after nap time. 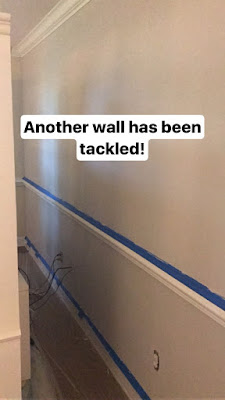 We had to kick off October 1 with some pumpkin cookies! 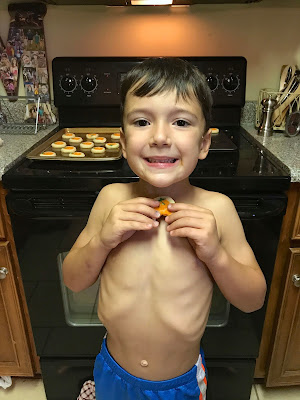 She was a little seasonally confused - haha. 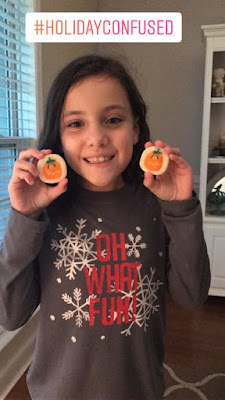 That's all for our last weekend for a while without plans!  Hello, October!  We're ready for you!