Last year was Cooper's first year playing a sport (tball).  He liked it, and asked to play again, so we signed him up again this year.  Now that we've had a year under our belt, we knew a little more what to expect, and we requested to be on a team with Cooper's friend from school, Malaya.  Malaya's dad and Matt decided to coach together, and it was, overall, a way better experience than last year!


This year, Cooper's team was the Cincinnati Reds 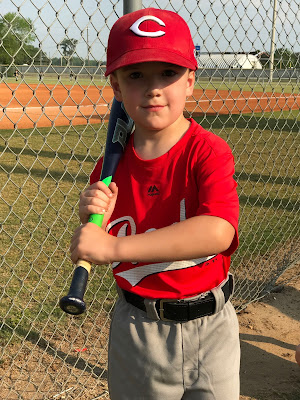 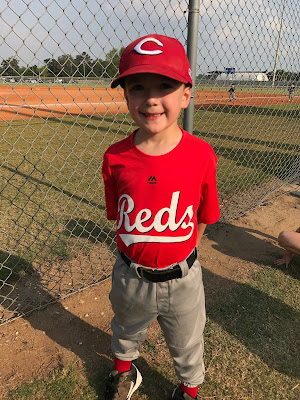 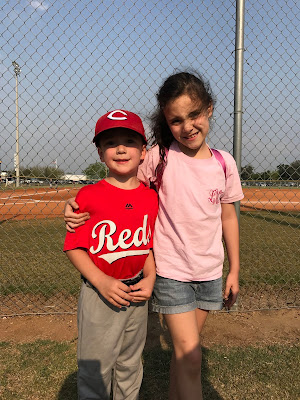 LL was a great cheerleader for her brother! 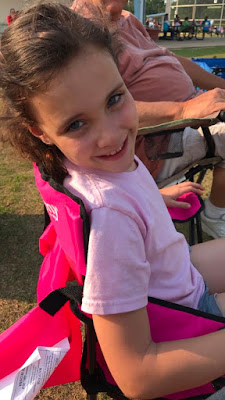 When your dad is a coach, you take pictures when you're on base.  :) 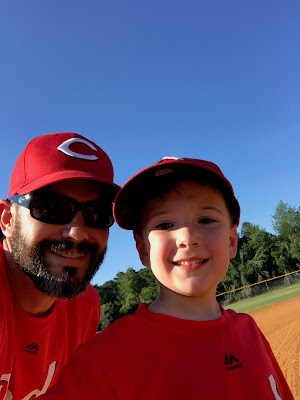 We didn't stop at the playground after every game (especially if it was a late game), but we did try and do it a few times. 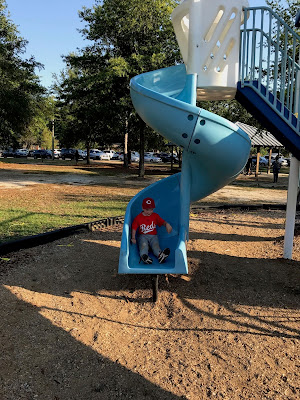 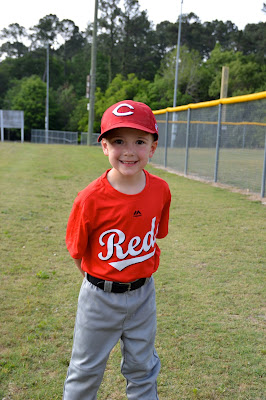 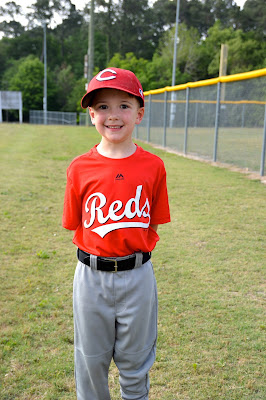 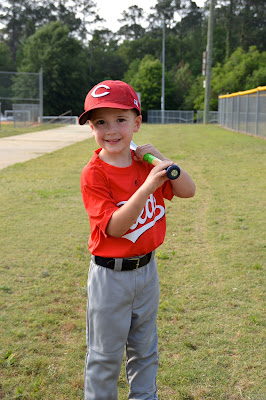 You've got to get your stretches in! 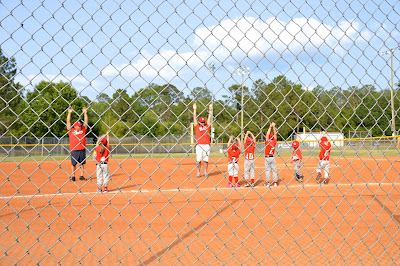 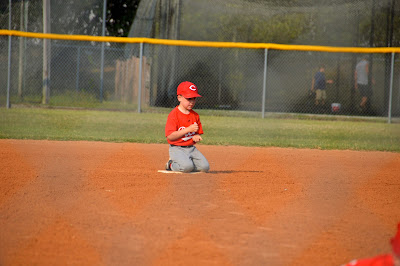 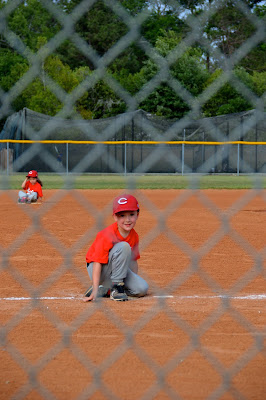 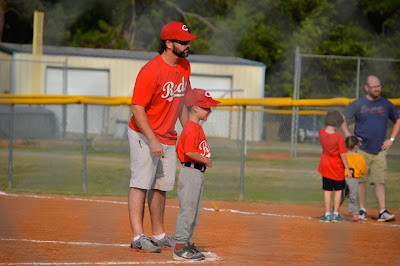 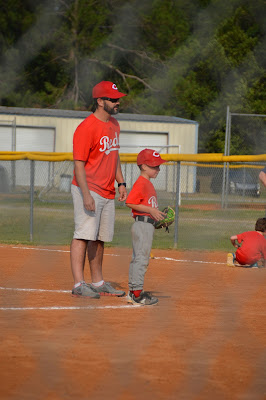 What's more fun than watching your brother play tball?  Holding a puppy while you do it. 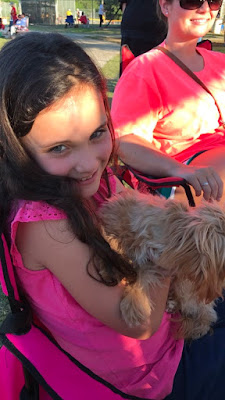 Cooper was so excited to see Koko! 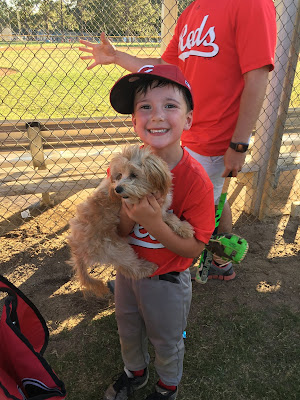 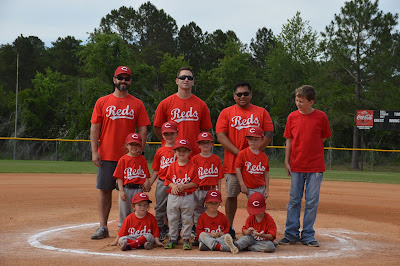 When I pulled these pictures off of my camera to go through them and upload them to our team page, I noticed something I didn't see when I was actually taking the pictures.  Can you spot Cooper and Malaya?  Ya'll.  They were holding hands in every.  single.  picture.  Melt my heart!  The best part was that we didn't tell them to - they just did it on their own. 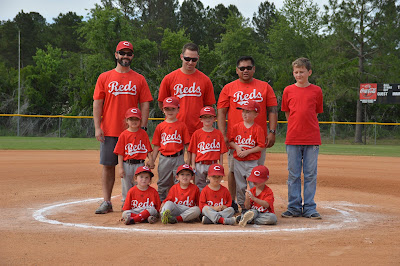 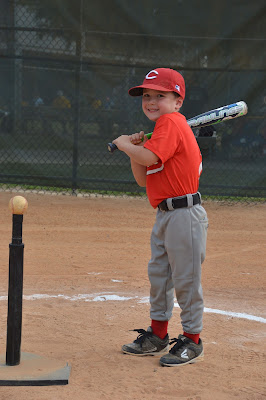 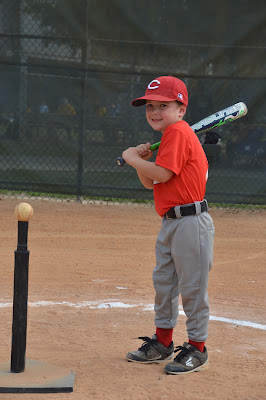 After the last game of the season, we stopped by the playground and we saw Cooper's best friend from school, Brayden. 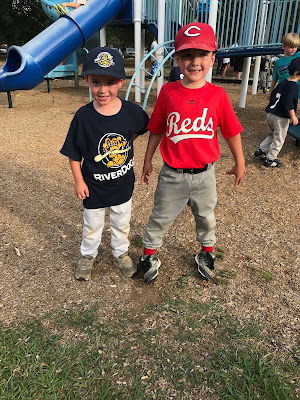 To celebrate a great season, we stopped by Sonic on the way home for some ice cream! 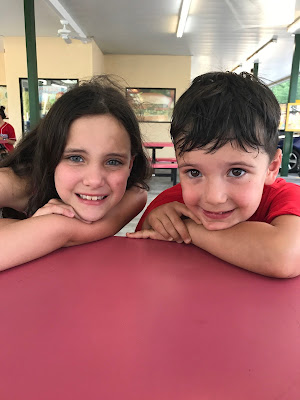 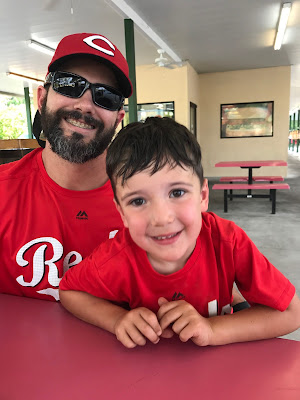 Here are two videos from this season: Cooper hitting the ball Video 1 and Video 2.

Cooper really had a great season this year!  He got much better in his actual game, and he definitely was better about knowing what to do this time.  I don't know if we'll do tball again next year (we're thinking about doing fall soccer), but we may.