Matt and I always try to take a "New Years Date", but we also try to go a day early to avoid crowds.  Gigi came over to watch the kids while we went to dinner, did some shopping, and went to a movie. 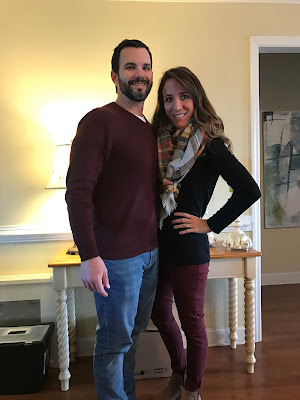 I am so blessed to be starting another year with this man by my side! 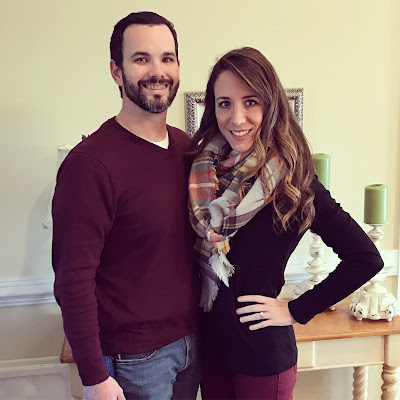 Matt and I rarely go to the movies, but we went to see Passengers based on a recommendation from my mom.  We loved it and it was a nice treat! 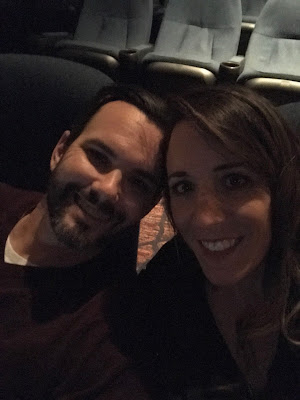 Saturday morning I hit up the grocery store pretty early.  LL had a friend coming over for the day, so I needed to get it done.  While I was gone, Matt sent me this picture.  Cooper and Lola don't cuddle much, so it deserves a picture when it happens! 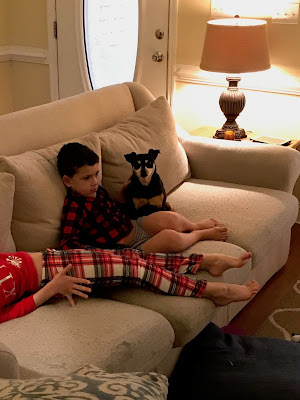 LL's bff, Maddie, came over for the day.  They're in different school systems this year, so they've really been missing each other.  Maddie came over in the morning, and both girls literally spent hours playing together in LL's room.  After nap time, we picked up Gigi and went to go see Moana!  Seeing two movies in two days is not normal for me at all!

These two girls were so so happy to see each other.  It was so sweet. 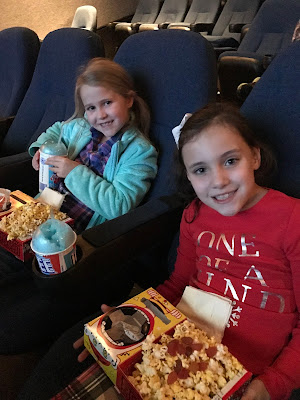 Ready for the movie! 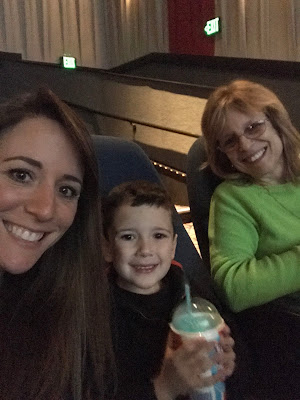 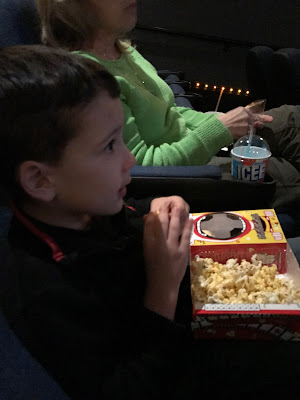 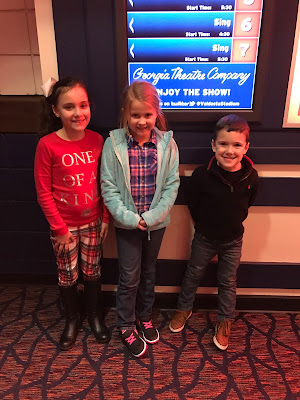 We picked up some pizza on the way home, and having three kids eating is a good way to devour some pizza!  I was shocked!  After dinner, we bundled up to go outside and watch Matt do some fireworks! 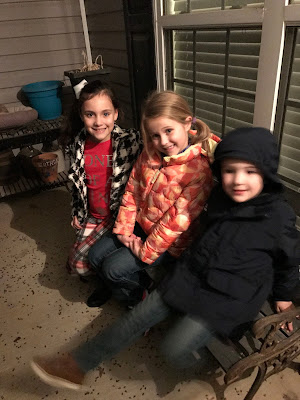 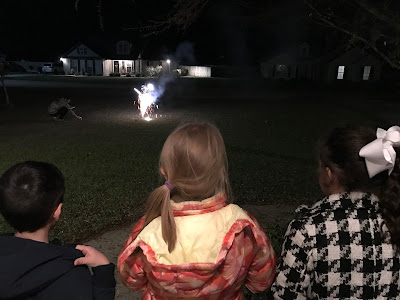 Sunday morning was actually a funny story. We all got up, got ready, and had made it 1/2 way to church when my bff texted and reminded me that there was no 9:15 service.  Fail!  So we headed back home for a little while - haha. 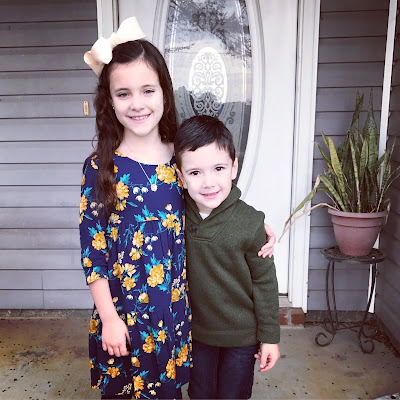 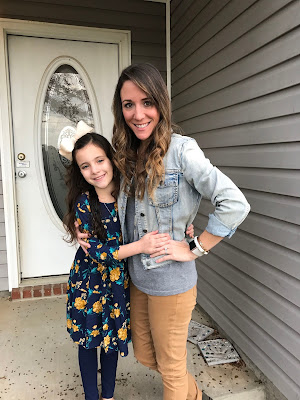 Even though it's technically not the weekend - I can't not include this picture.  Matt had today (Monday) off to celebrate New Years.  We decided to tackle taking Cooper to get his hair cut.  He hasn't had it professionally cut in 2 years because he hates it.  We had been preparing him for this, and he did so well!  And man does he look handsome! 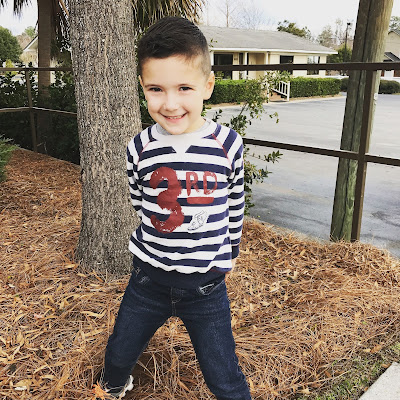 It was a fun weekend filled with several fun things!  Here's to hoping that all of our weekends in 2017 can go the same way!