Whew!  Between Thanksgiving and getting the crud for almost a week, I took a way longer blog break than I anticipated!  But I'm finally feeling better and ready to get back at it.

Way back in the spring (April/May), my sister sold her house in Lawrenceville.  After they sold their house, they decided to build a new house.  For various reasons, they decided that the best thing to do while they were waiting for the house to be completed was for my sister and my nephew to move down here and for my brother-in-law to stay up there.  They moved down here at the end of May and we have had an absolute blast seeing them so much for the last 5 1/2 months!   The Friday before Thanksgiving they finally closed on their house, so it was time to move them back up! 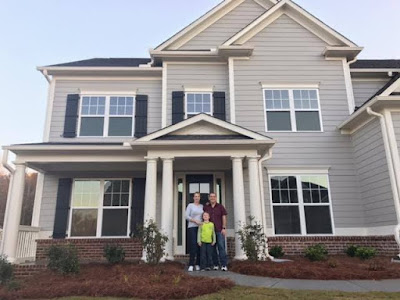 They asked me and Matt if we would come up and help them move, so we just made it into a weekend trip!

The first night we were gone, Cooper went on Grammy and Pop's anniversary date! 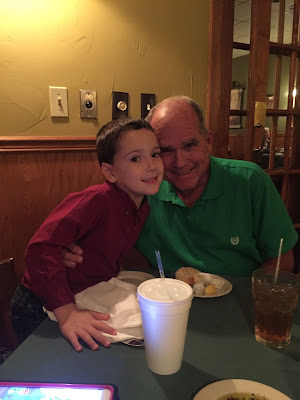 The first night we were there we had to stay in a hotel because they still didn't have any furniture in their house.  What are we doing out of town on a Friday night with no kids?  Going to bed!  Haha.  Keeping it real - for me, it was the Friday before a holiday with 70 6th graders and I had been up since 4:45.  Sleep was my kind of party! 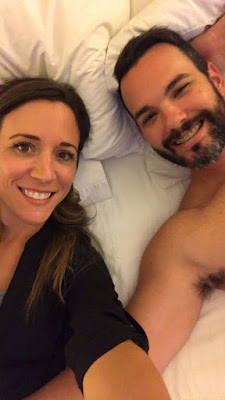 The next morning we were up bright and early and ready to get busy! 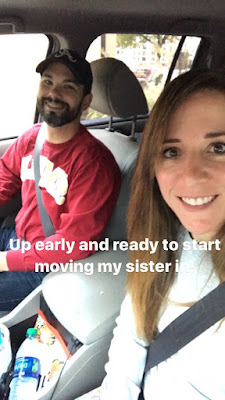 By lunch time, I was exhausted - haha.  Moving is no joke! 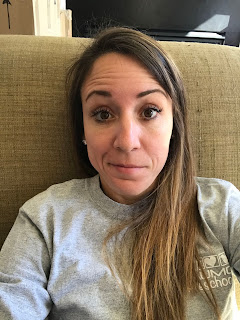 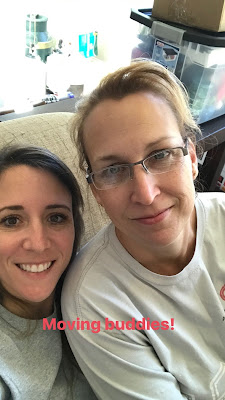 Taking a break for some Panera for lunch! 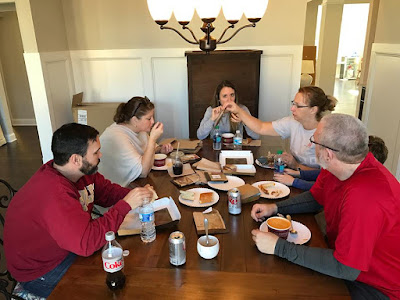 2 1/2 loads in a uhaul will wear you out!  But I was still having fun with this guy. 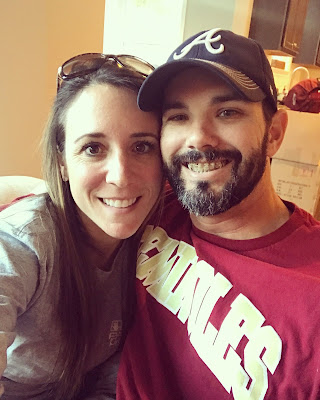 That night, Laura and Gino took everyone out for dinner to celebrate. 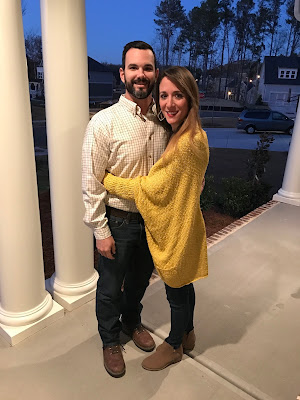 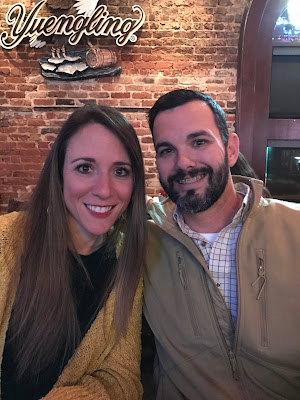 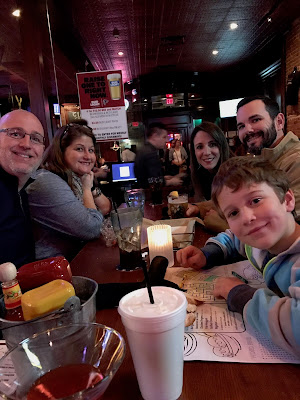 While we were moving everything in, the kids were going to see Trolls with Gigi! 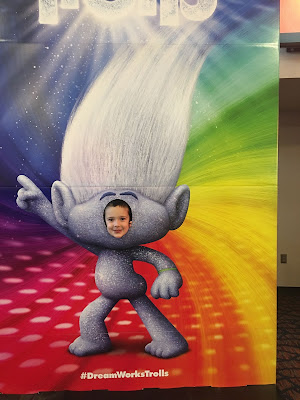 Since we got everything moved in on Saturday, Matt and I spent Sunday doing our annual "buy all of the Christmas presents" shopping day.

Ready for a full day of retail therapy! 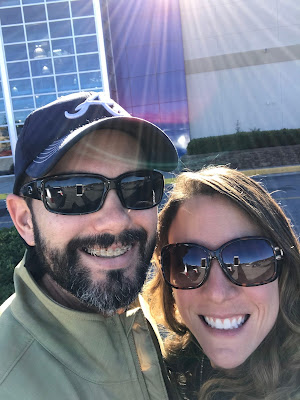 Lunch?  Panera again.  Gotta get it while you can! 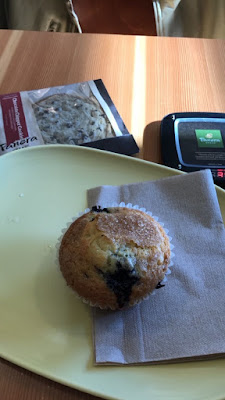 I sent this to Emily so that she could be jealous of all of my Panera eating - haha.  ;) 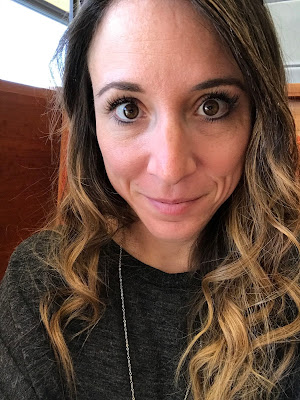 Gigi sent us this of the kids while we were gone.  They love playing in Gigi's fig tree! 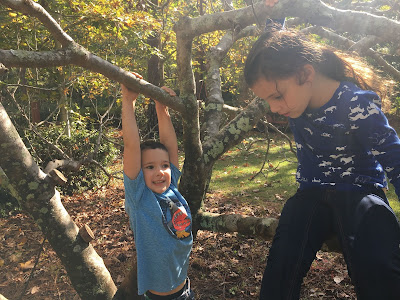 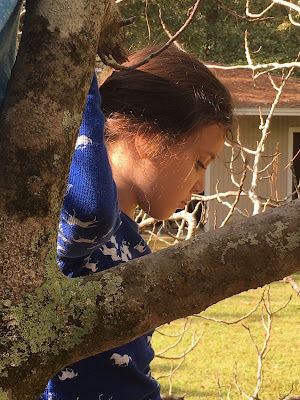 While we were on the interstate going back to my sister's after shopping, Matt and I had this super weird thing happen.  A ton of trucks (like a lot) flew onto the interstate with full sized Mexican flags in the back.  They were all driving fast and erratically.  We got off on our exit that was like a long service road, and several of the trucks got off with us.  Quite a few of them flew around us, and then started driving slower and slower.  Right as we got under a bridge, they all stopped in a line to form a barricade to block anyone from going around.  Thankfully, Matt was really paying attention and we were at the front of all of this.  Right as the last truck was trying to block off the last lane, Matt swerved off the road and went around them to get us in front of their barricade.  We were the last ones through before they got everything completely blocked off.  I don't know if it was a Trump related protest (??) or what ended up happening, but I sure and glad that Matt got us out of that situation! 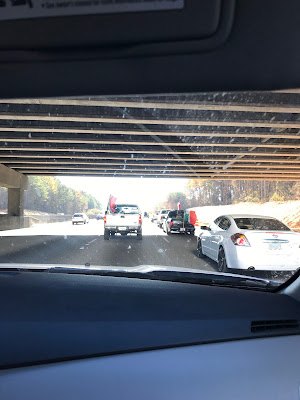 My babies at Gigi's ready for bed! 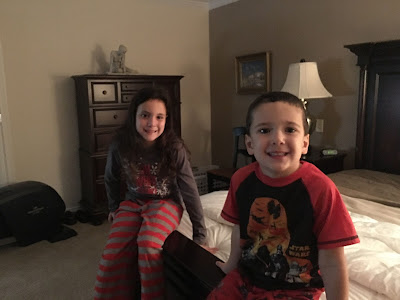 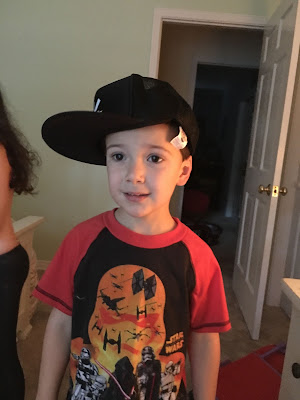 Monday morning we got up and ready to hit the road! 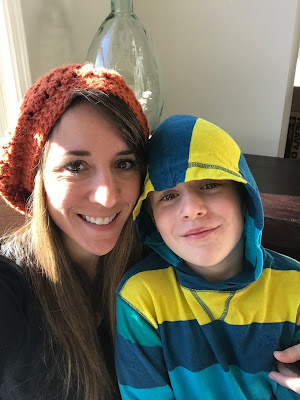 It was a quick and very busy weekend, but also lots of fun!  I loved getting to see Laura and Gino's new house and help get them all moved in.  While I'm going to miss having her and Ben and town, I'm just so excited for them and their new, beautiful house!