This year both kids had a Christmas musical that they were performing in!  Luckily, they were not the same night!  With them going to two separate schools in different towns, that is always a concern!

Every year, the entire 2nd grade puts on a Christmas musical.  This year, it was called "The Holly Jolly Pirates of Pinataville"! 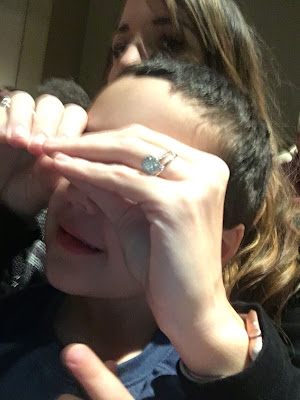 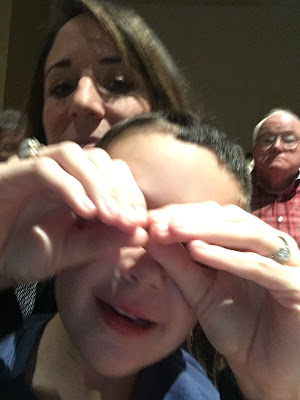 All of 2nd grade! 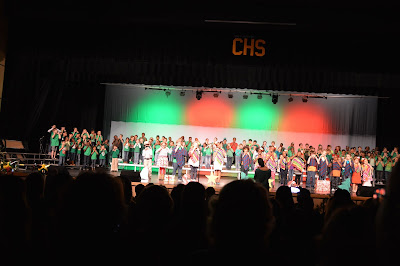 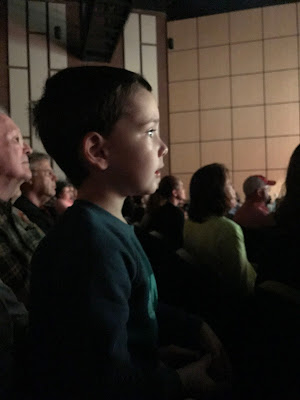 All of the soloists.  Can you tell she's looking for us? 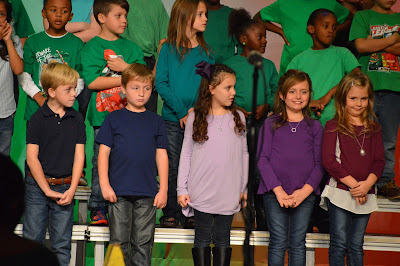 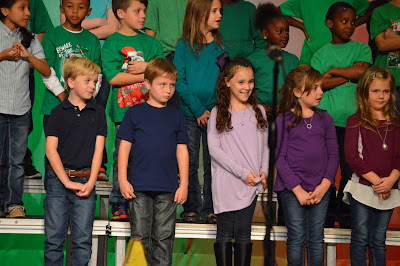 For most of the play, she was behind a row of people, but for her part, she was right up front! 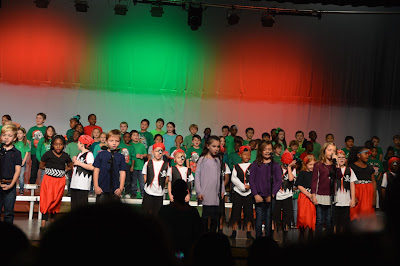 I am just so proud of this girl!  Singing alone in front of that many people is a scary thing to do, but she did it! 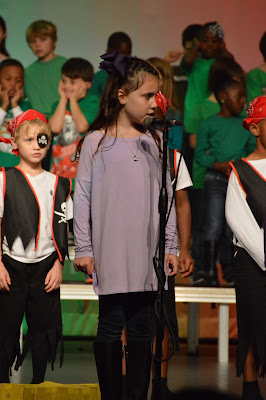 Here's a video of her song in the play! 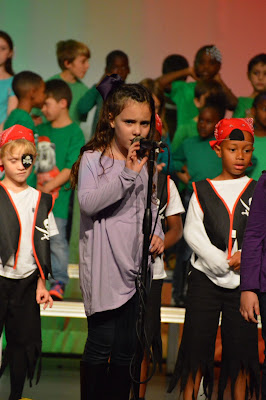 LL's sweet teacher was down front helping and she sent me this picture. 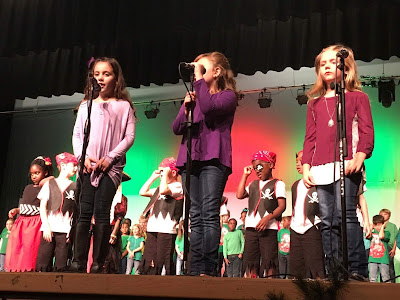 All of the soloists - sweet kiddos! 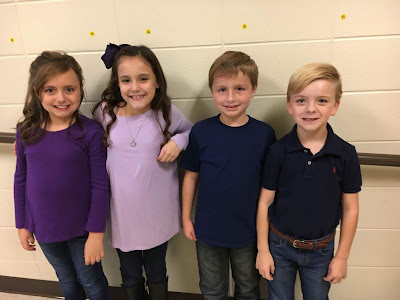 We couldn't be more proud of this girl! 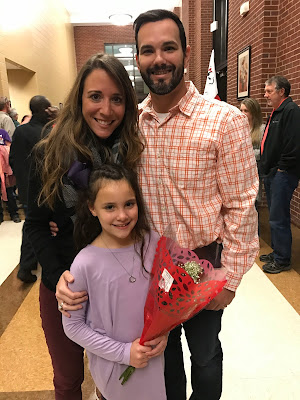 The whole crew showed up to support her! 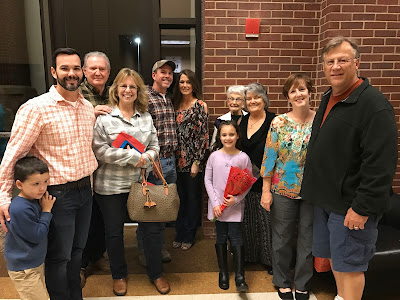 Cooper's performance was about a week and a half later.  It's the same program that they've done the last several years (and the same one LL did!), but it's been so fun because (so far) he's gotten completely separate parts than LL did, so we're getting to see our kids do almost everything!  Last year, he was a Little Drummer Boy.  This year, he was a Sheep!

Dropping him off before the program.  Before you judge my outfit choice, because of his costume, we were told to put them in shorts, a white shirt, and slip on shoes - not exactly the most fashionable outfit.  ;) 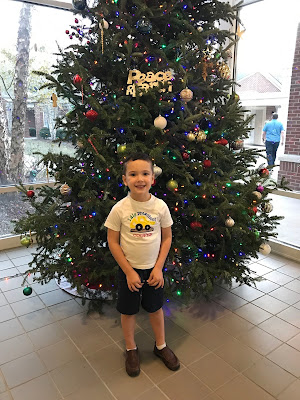 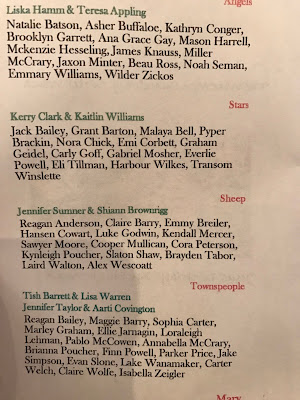 His class lining up to walk down front - he is literally heads taller than his classmates! 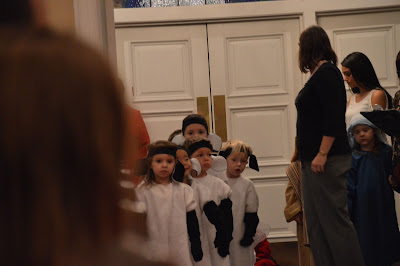 He is the cutest sheep ever! 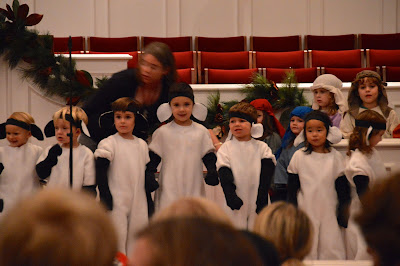 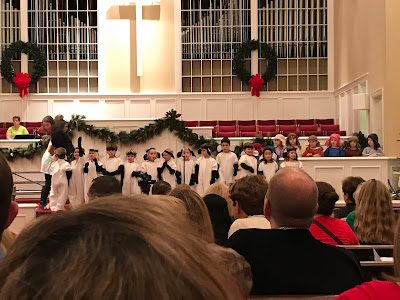 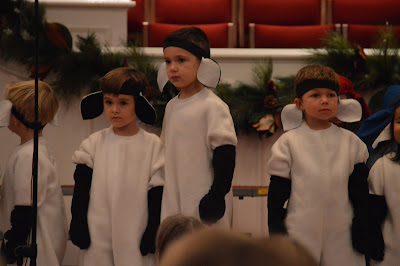 Here's a video of his class's song. 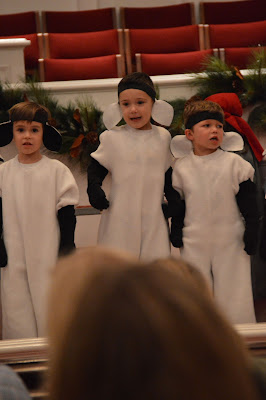 After the program was over, they line up the classes one by one and let parents come down to take pictures.  I have no clue why, but Cooper hid in the back and just cried.  I'm thinking maybe just the emotion of it being done??  No idea! 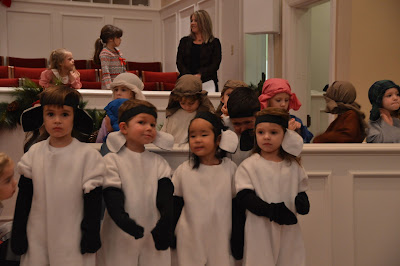 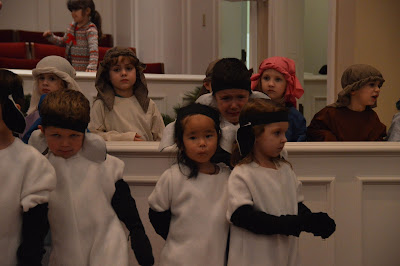 We did not get any pictures after his program with our family because he was still crying!  I never could quite understand why he was upset!  A big group of us all went to DQ afterwards to get ice cream to celebrate, and he was happy with his friends while we were there.

We are so proud of both kids - they both did a fantastic job!