Whew!  Fall is my favorite time of year, but it is also a busy time of year for us!  This weekend was no exception to that!  Here's what we were up to:


Friday after school my mom came to the house to watch the kids while Matt and I had a much-needed date night!  We went to dinner, ran some errands, and then stopped by to see my brother-in-law that had just gotten into town. 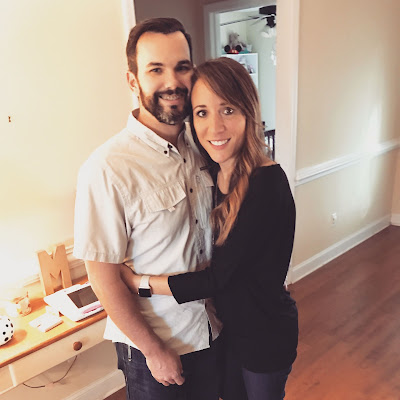 Saturday was a packed day for us!  First up was something pretty interesting: I had an appointment at 7:45 (gah - I know) to get eyelash extensions.  It was my first time getting them, and I can say 4 days later, I am in love! 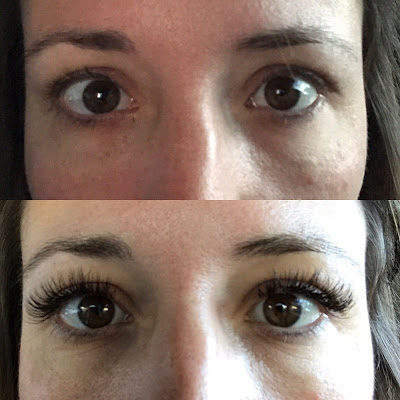 Another "no makeup after" picture! 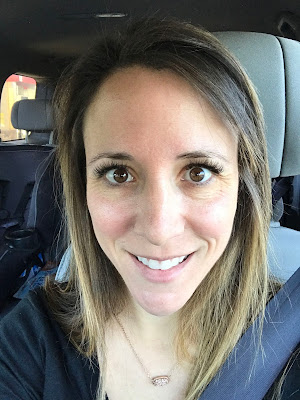 After I got home from my appointment, we had about an hour before we had to head out for a birthday party for one of Cooper's friends, Malaya.  This seriously was one of the cutest parties ever.  Her birthday in on Halloween, so they had the cutest Fall themed set up for her.  They also had the absolute perfect set-up for my kids.  They had two activities, and each one perfectly suited one of my children - haha.  The first activity -  a bounce house!  This was Cooper's fav, and LL was content with it until the next part of the party showed up. 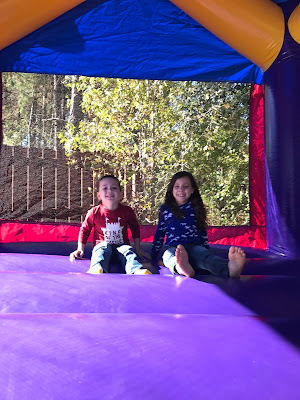 We got to just chill while the kids were contained in the bounce house. 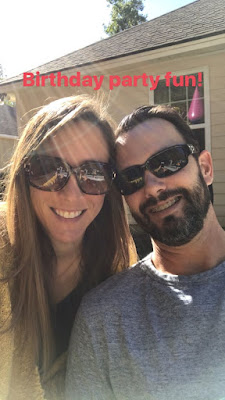 Then the next activity got set up and LL found her happy place - it was a petting zoo!! 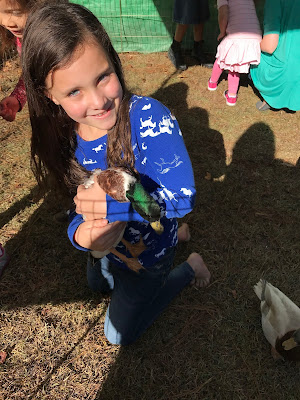 Let me tell you guys, I thought the petting zoo was cute, but then I saw the piglet come out and all bets were off for me.  Now it was amazing!!  She was so sweet and little! 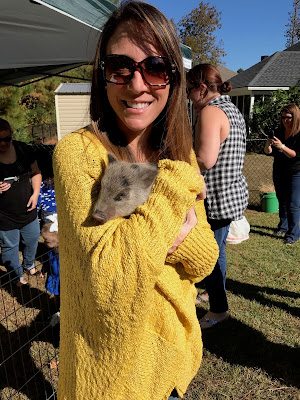 They told LL that this bunny loved to be held like a baby - haha. 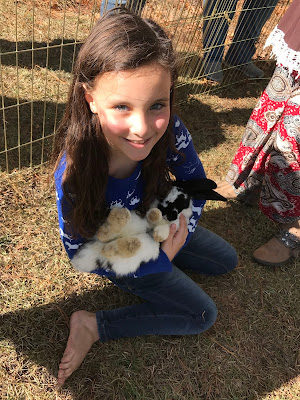 Contrary to popular belief, I did put the pig down to give other people a chance.  ;) 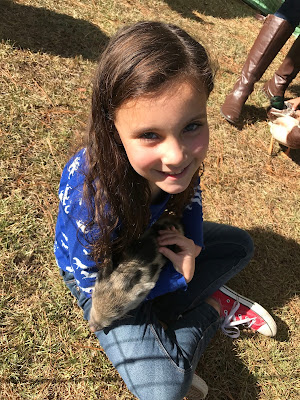 Cooper got out of the bounce house for a grand total of 1.5 minutes to "go see the pets" before his interest in them ran out. 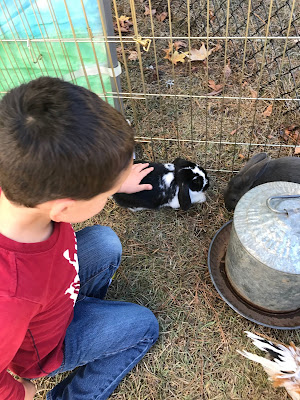 After the petting zoo left (they said no food was allowed to be served while they were there with the animals??), it was time for lunch!  I have got to start remembering to bring Cooper's sunglasses with us to places.  His eyes are so sensitive to sun, and he always ends up taking my sunglasses. 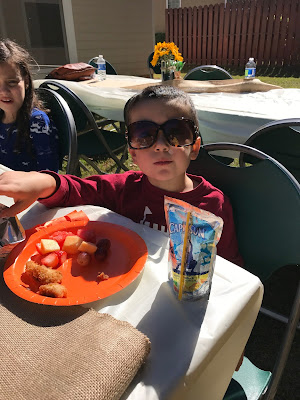 The kids with the birthday girl!  We love Malaya, and we joke with her parents that she and Cooper have no choice but to get married because we love her so much. 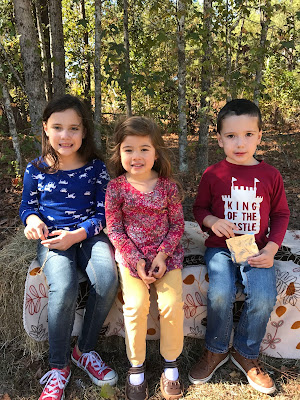 After the party, we came home for nap time.  Cooper had jumped his little heart out and was exhausted.  Thankfully, he had a good nap because we had our Christmas card pictures scheduled for that afternoon!  Here are some non-official cell-phone pictures. 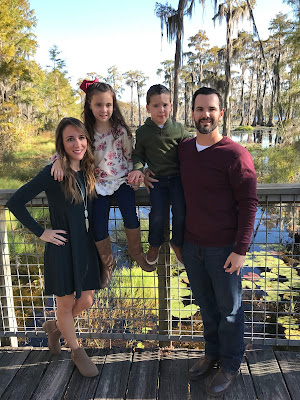 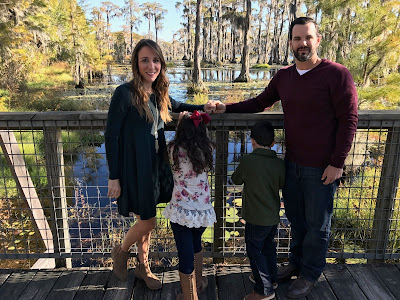 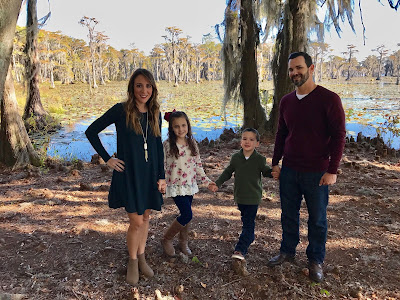 We had a DQ reward dinner after pictures were over! 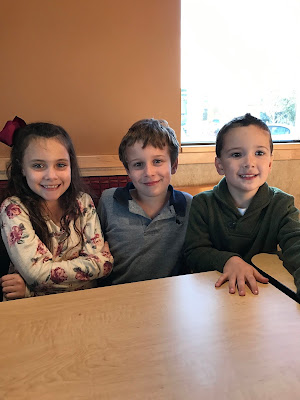 After taking 1.5 weeks off after finishing Hammer and Chisel from Beachbody, I started a new 10-week program (T25) and whew!  205 calories in 25 minutes?!  I thought I was going to throw up when it was over! 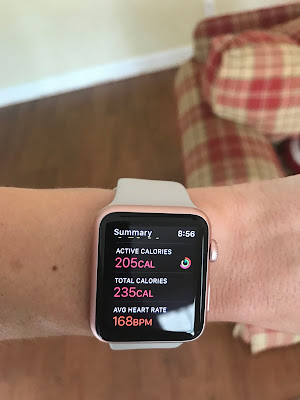 While I did my work-out, the kids played outside.  Somehow Aspyn ended up in the top of the playhouse with them! 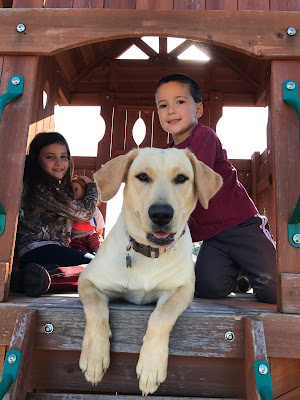 That evening, we went over to Uncle Bryan's house to celebrate Pop's birthday.  The kids always love wrestling with Uncle Bryan! 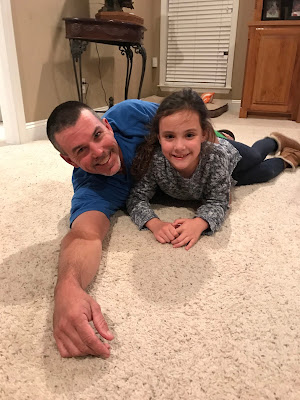 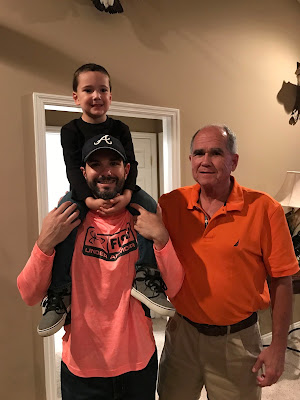 All of the Mullican boys! 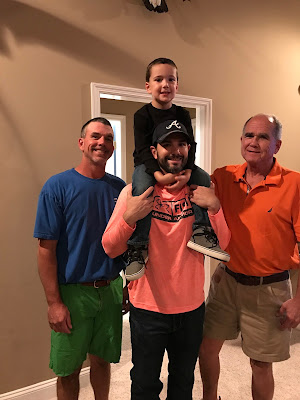 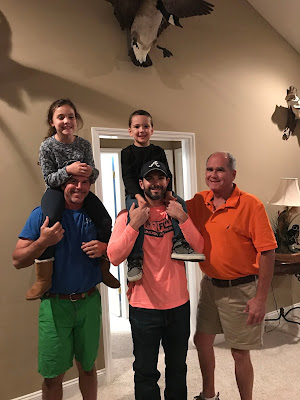 I feel like we crammed in as much as absolutely possible into this weekend.  By the end, we were exhausted (Matt and I went to bed at 8:30 Sunday night), but it was so much fun!