This weekend was a busy one!  Here's what we were up to:

Friday morning kicked off with LL losing her 8th tooth!  It was wiggly and Daddy pulled it literally 2 minutes before it was time for us to walk out of the door! 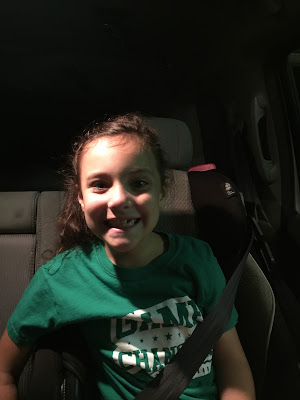 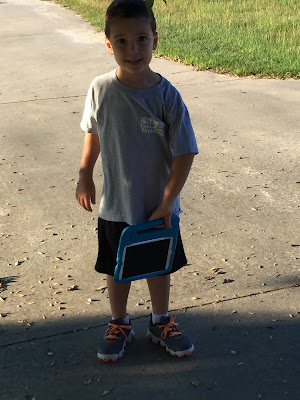 After school, we were supposed to meet Aunt Laura and Ben for dinner and The Mix.  During the day Friday, I found out of that some good friends of ours were in the hospital with their 3 year old son, so I wanted to make some time to go up there.  We adjusted plans a little, and I went up there to see them, grabbed the kids, and then we met Aunt Laura and Ben for ice cream at The Mix.  Not exactly what we had planned, but we still made it semi-work.

Saturday morning we had plans to go to a local festival.  We usually go to The Honey Bee Festival every year, but I'll be out of town next weekend when it's taking place.  We decided to go to a different festival that was happening this weekend to kind of make up for it.  Well.  It's one that we've never been to, and one we probably won't go back to!  We walked around, saw everything, and we done in literally 30 minutes.  It was a bust.

I had plans to go run a million errands that afternoon, but we decided to drop the kids off with Grammy and Pop (since we were done waaaaay earlier than we thought), and Matt ran errands with me.  First up - I finally got something pumpkin spice.  I don't do lattes (and it's still way hot), so I got a frappuccino instead.  I'll be honest - it wasn't gross, but it wasn't great.  I don't get the hype. 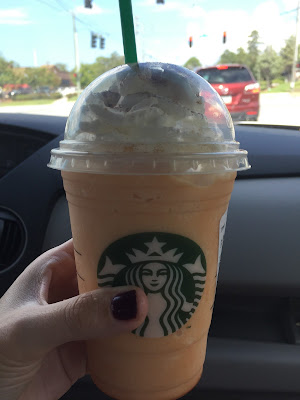 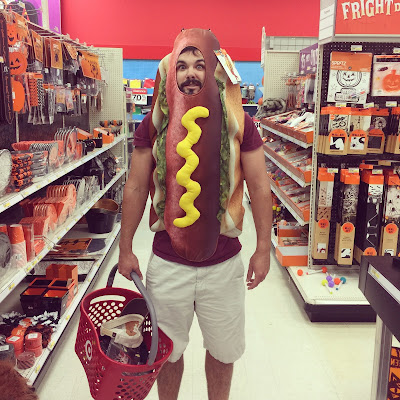 We had to go to Sam's and Publix - can you tell we were long overdue for a huge trip?  This doesn't include any of our cold stuff or the bulk things from Sam's.  Whew.  Our wallet and our feet were tired. Sunday was a full, productive day!  First up: church!

We decided on matching chambray and smiles for the first Sunday of Fall! 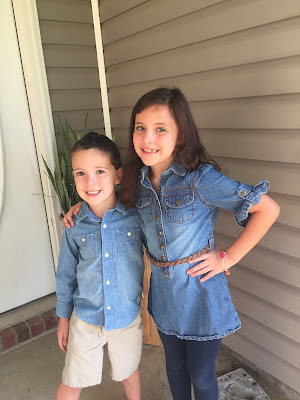 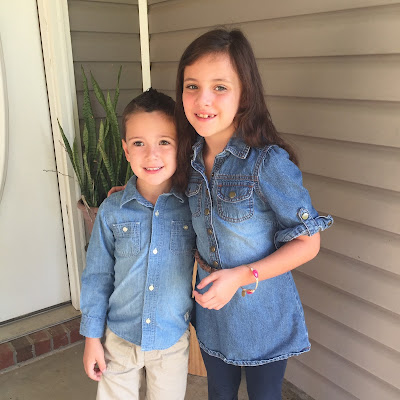 We're dressing for Fall even if it doesn't feel like it.  Fake it 'til you make it, right?? 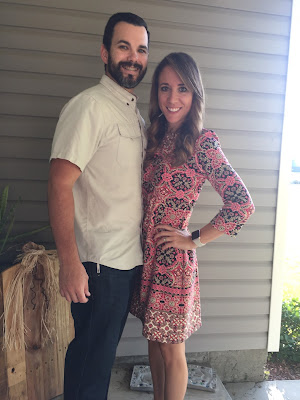 After church, we came home and I did my work-out and we had lunch.  After lunch, the decorating for Halloween began!!! 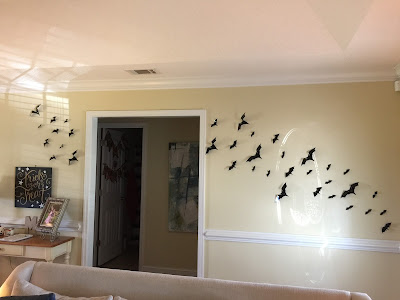 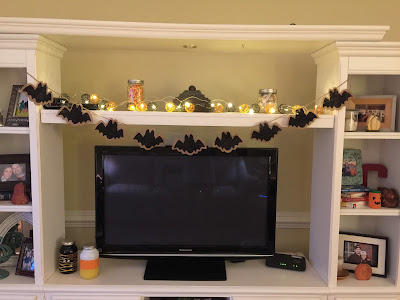 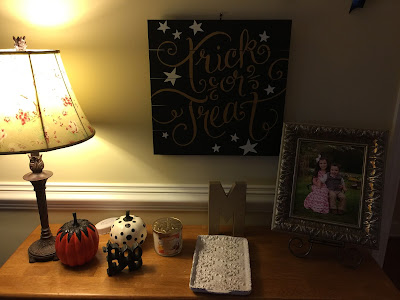 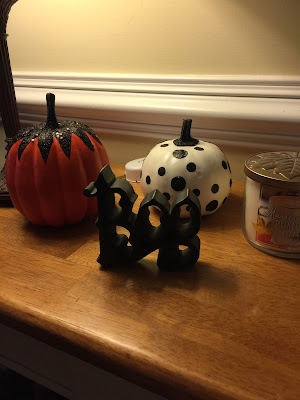 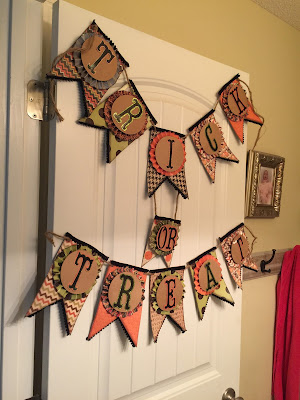 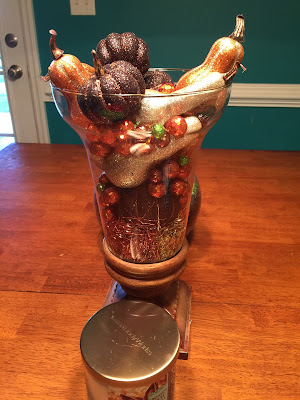 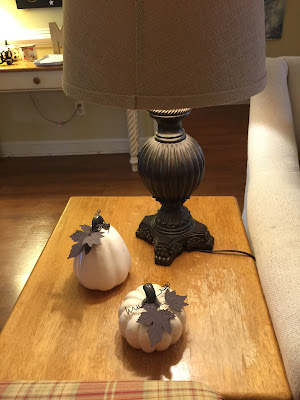 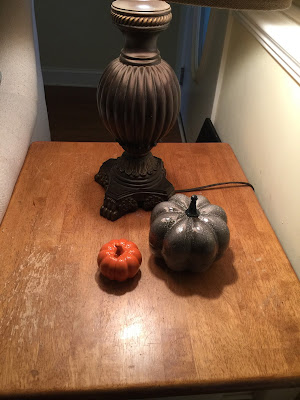 I also had a "mom fail" this weekend!  LL loves pickles, so I bought her a big jar at the grocery store.  Well.  I did not realize that they were hot and spicy!  Poor kid!  She kept telling me that it tasted funny and that it was hot, and I kept telling her it was fine - haha.  Oops! 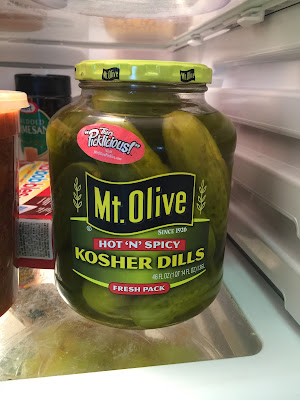 This is Cooper's snack week at school, so tonight I made brownies.  Cooper was in the bath while I was making them, so LL got to lick the spoon without having to share.  ;) 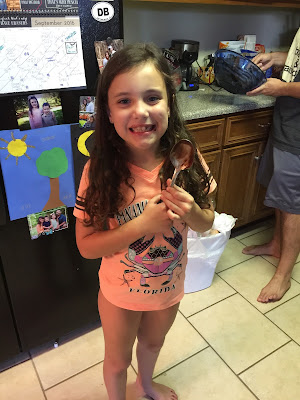 Cooper has been talking about Star Wars a lot lately, but he only knows just a little bit about it.  Matt let him watch a little bit tonight.  It held his interest for a little bit, but it didn't last too long. 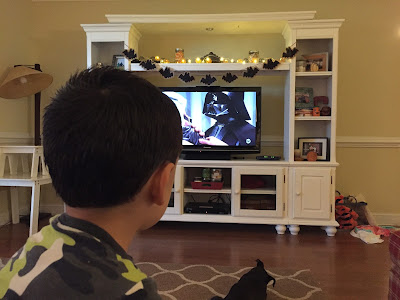 Brownie footballs for snack day #1 (the letter of the week is "F"). 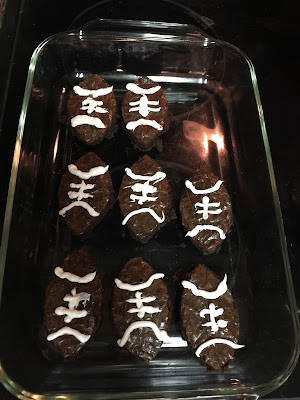 And now we're ready for the week!  This will be a short week for me because I'm heading to Disney on Friday with some of my favorite girls!  Woo hoo!