Well - last week turned out to be a doozey for us!!  Strep throat swept through our house and knocked us all down!  Here's a timeline of our takedown - haha.


In last weekend's Weekend Recap, I posted a picture of us on Sunday morning.  Matt and LL were both feeling under the weather, so we ended up just staying home from church (thinking it was just sinus junk).  Well, Sunday afternoon, LL started running a 101 fever, and she was complaining of her throat hurting.  We decided to go ahead and call it and find her somewhere to go the next day instead of school.

Monday morning, she woke up still with a fever and sore throat.  Matt dropped Cooper off at school, dropped LL off at Gigi's, and then called to schedule LL and appt at her doctor (they don't do walk-in's).  Gigi took her at 9:15 to figure out what was going on.  The verdict?  Strep throat.  Ugh. 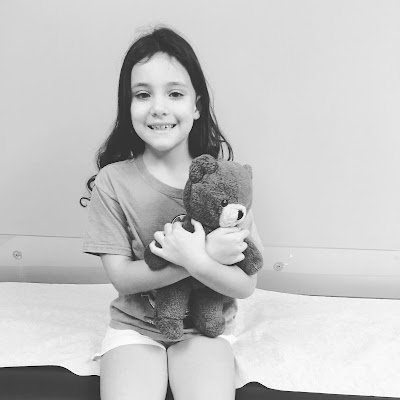 LL came home Monday night, we kept the kids separate, and kept going about our business.  I had a girl's night at Emily's that night for Disney prep, and when I got home, I was starting to feel terrible and my throat was also hurting.  I tried to just talk myself into in being in my head, but I woke up Tuesday morning with a 102 fever and not able to talk above a whisper.  I scrambled to get a sub for the day, and I was at the doctor at 8:00 am.  Verdict?  Strep. 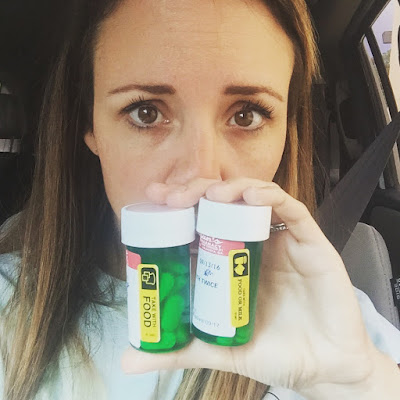 Matt had taken Cooper to school, dropped LL off with Gigi again (the doctor said she had to miss Tuesday, too), and I came home to this: 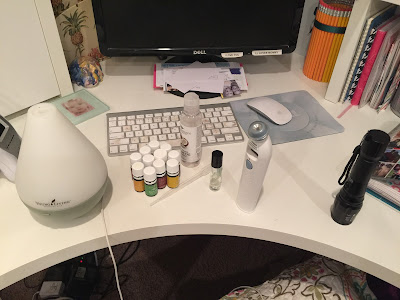 Matt had pulled out all of my essential oils, the thermometer, and the flashlight - sweet man.  I picked up a milkshake on the way home, so I ate that to help my throat and then went to sleep.

About 1 pm, I woke up to Matt non-stop calling my phone.  During his lunch break, he had gone to the gym (like usual) and started feeling terrible (and almost passed out), so he went to the doctor.  The verdict?  Strep. 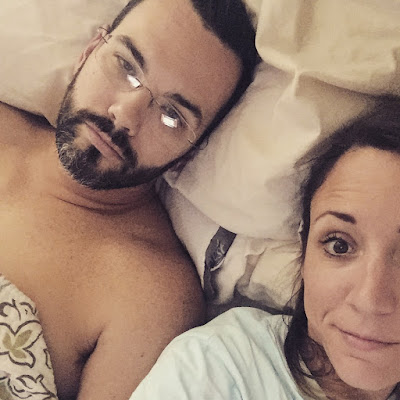 He came home, and we spent the rest of the afternoon in bed.  At bed time, Gigi brought LL home.  In an effort to keep Cooper out of this, we decided to let him just spend the night with Grammy and Pop on Tuesday night.  We hoped that would keep him from getting this, too! 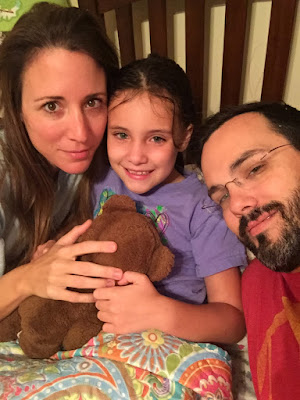 Wednesday morning, Grammy and Pop took Cooper to Waffle House before school, and he ate great and had a wonderful morning.  Matt took LL to school on Wednesday, and then came back home.  The doctor told both of us on Tuesday that we both needed to stay home on Wednesday, too.  Matt worked from home, and I spent most of the day sleeping in bed.  At school, his snack for the day was a donut (it was "D" week), and Cooper loves donuts.  Well, he didn't eat his donut at school, and kept grabbing his throat and saying his tummy hurt.  The preschool director called Matt to let him know, but she also told him that Cooper didn't have a fever and not to worry about coming to get him early.  Well, but the time Grammy and Pop got there to pick him up, he wasn't doing too well.  They took him home for nap and then called the doctor for an appointment.  They woke him up early from nap to take him, and this is what happened in the car: 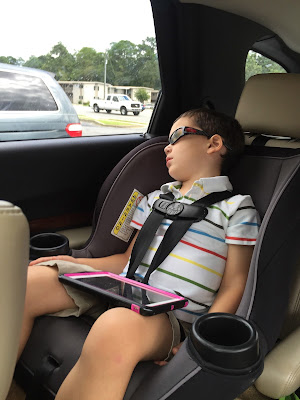 Poor guy - his appointment did not go well.  His tonsils were majorly swollen to the point where they started bleeding when they swabbed his throat (which in turn made him throw up).  The verdict?  Strep.

His was so bad that they actually gave him a steroid shot at the doctor's office to help with the swelling.  Oma and Opa had picked LL up from school for us, so around 4:00, Matt and I dragged ourselves out of the house to go pick the kids up (by this point, we all had it).  By the time we picked Cooper up, the steroids had kicked in and he was in major crazy mode (Steroids + Cooper is NOT a fun combination)  This was him telling me "I'm going to destroy you" on the way home.  After I laughed, he spent 5 minutes crying and saying I hurt his feelings.  Whew. 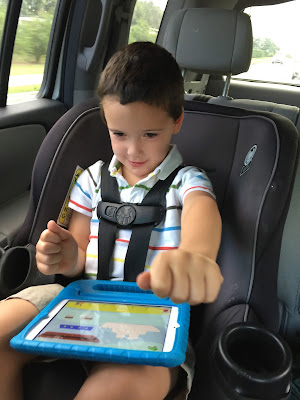 No joke - on the way home Wednesday, we stopped by the store and I ran inside to pick this up for dinner.  When 4/4 of you have strep throat - you totally have ice cream for dinner. 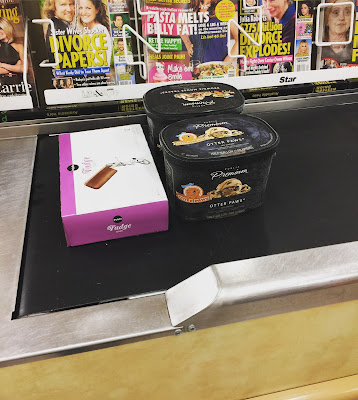 Matt and I went back to work on Thursday, and Cooper spent Thursday and Friday out of school and at Grammy and Pop's house.  Thankfully, everyone was feeling much better by Thursday night!  (This is Cooper's "Captain America" pose!) 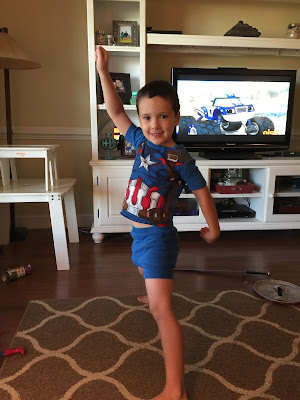 Whew!  Hopefully this house will be healthy for a good little while now!