Since Cooper is in a private preschool, his schedule is always different from mine.  This year, he started school the week after LL and I did.  His open house fell on a Wednesday from 9-12 (which works perfectly with my planning time), so I met Matt and Cooper up there to meet his teacher.

I don't know if anyone has noticed, but Cooper is already 4 years old, but is in 3 year old preschool.  Since his birthday falls smack in the middle of summer, we had to choose to either make him the oldest in his class, or the absolute youngest in his class.  We started talking about this a few years ago because we knew it would effect when we needed to start him in school.  Initially, I wanted to put him in right away and make him the youngest.  We spent a lot of time talking about it, talking with people who also had to make the same choice, talking to younger grades teachers, and taking our specific child into the mix.  After doing all of those things, we decided to make him the oldest in his group.  So he's 4, but in 3 year old pre-k.  The rest of his class will turn 4 throughout the year, so after a few months, he won't be the only 4 year old anymore.  Basically, he'll start kindergarten already 6 years old and will just remain 6 for the entire school year (and other kids will turn 6 as the year goes on).  So far, I think this is the perfect choice for Cooper. 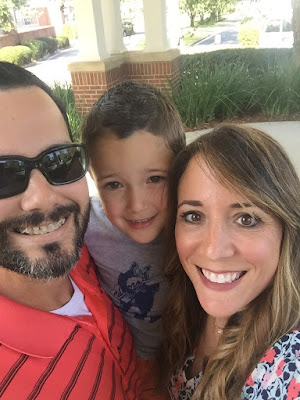 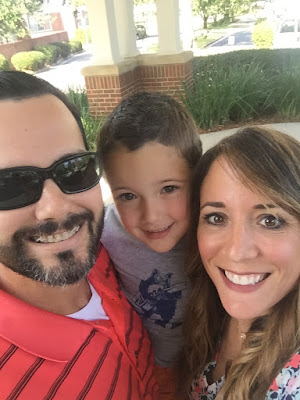 Open house was very low-key, and Cooper played with a friend while Matt and I filled out some forms. 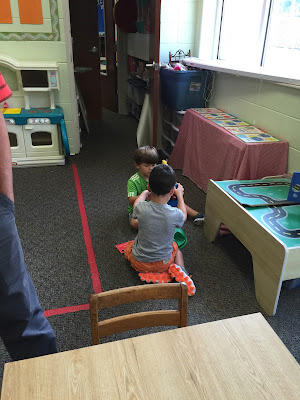 Cooper's class!  His teacher is Miss Jennifer, and his class theme for the year is Fruit of the Spirit.  Every kid gets their own fruit for the year (it's on their cubby, their backpack, and their mat), and Cooper is a coconut (so perfect - haha)! 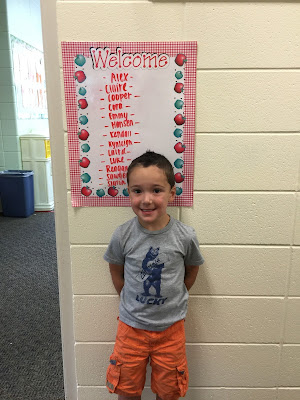 We are so excited to see how much he grows this year!  A big change for him will be that he now goes to school for 5 days a week instead of 3 like last year.  Currently, we're one week in to school and he's doing great!