Our 6th week of summer was from June 27 - July 3.  The week started out pretty slow, but got busier as we went!  Here's what we were up to:

These days were so uneventful that I didn't even take pictures - haha.  We weren't up to much!  Monday was just a day at home, Tuesday we were supposed to go to the movies, but had to cancel due to some bad behavior, and Wednesday the kids spent the day at Grammy and Pop's.

Thursday we had a pretty busy day!  I snapped this picture when Matt left for work that morning - can you tell someone is sad??  Haha. 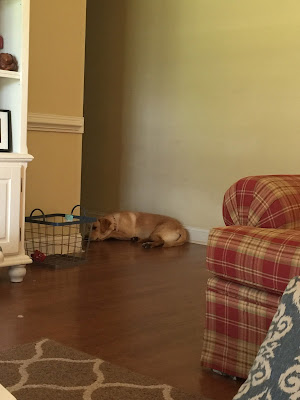 First up we had a chiropractor appointment for Cooper. 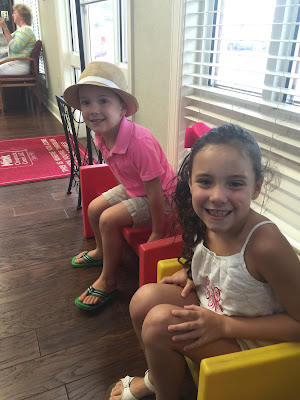 After the chiropractor, we went to the library!  The kids LOVE to visit, and I always get some books for me, too. 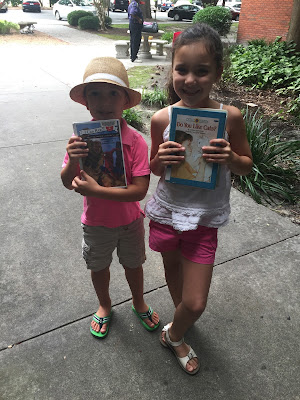 We went home after the library for an early lunch and nap.  We woke Cooper up early from nap to meet Grammy, Gigi, and Ben at the movies to see Finding Dory! 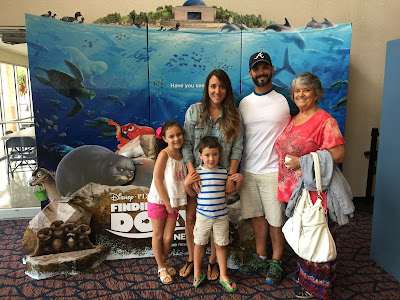 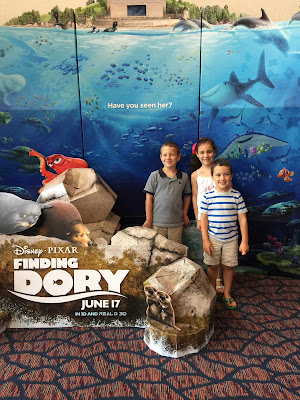 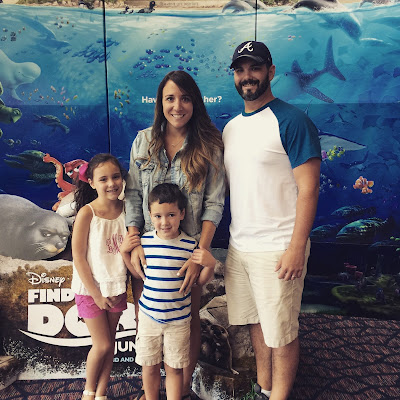 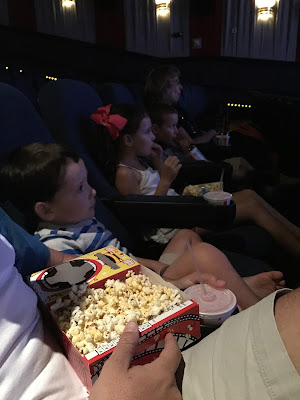 After the movie, the kids went back to Grammy's for dinner and Matt and I had a quick date night!  We went out to dinner and then on the hunt for new bathing suits.  After losing a combined 80+ lbs (we're about at 87 now), our old suits sure aren't fitting any more!  After our quick date, we went back to get Cooper and take him home, and LL stayed to spend the night.  On the way home, we spotted a double rainbow! 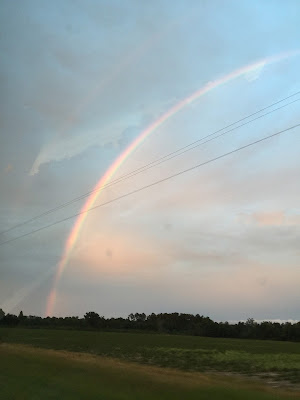 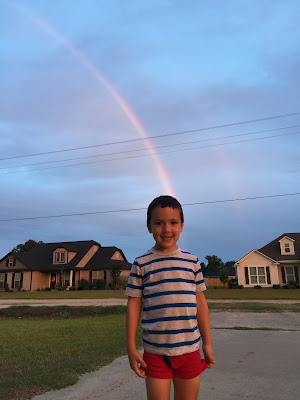 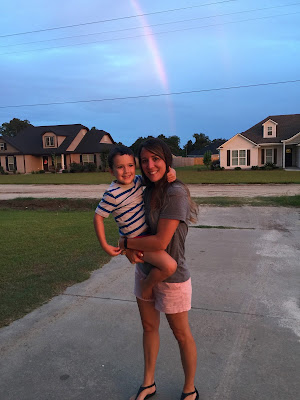 Friday was also a busy day for us!  First up was Cooper's 4 year well visit! 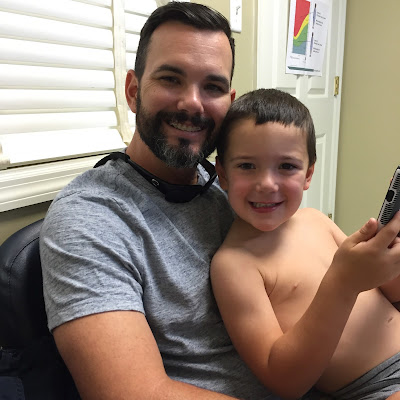 After his well-visit, we went to Gigi's to swim with Meghan and Luke (where I didn't take pictures - haha).  After swimming, we came home for nap.  After nap, we tried to beat the rain to go blueberry picking! 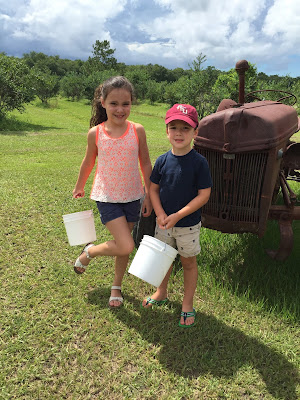 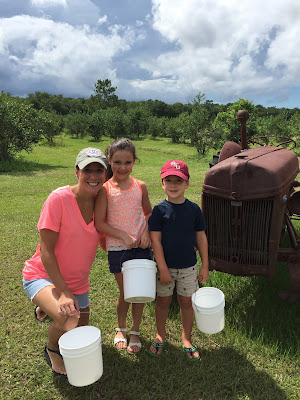 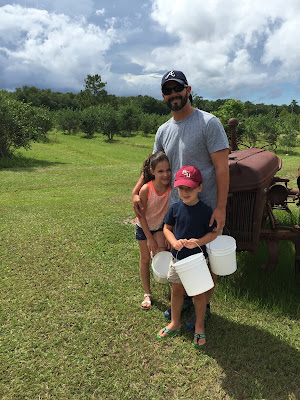 LL was a great blueberry picker this year! 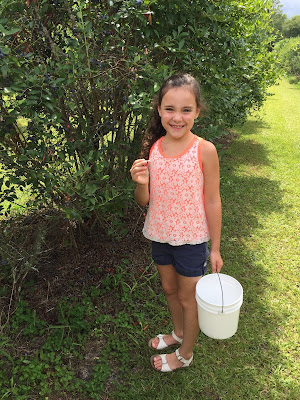 Cooper....not so much - haha.  His attention span wasn't held very long!  He was happy to just wander around with his bucket, though! 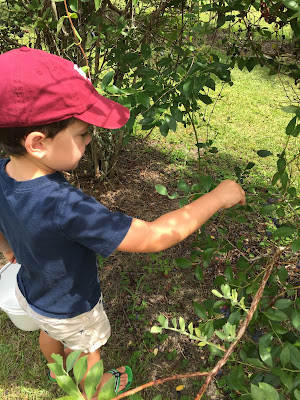 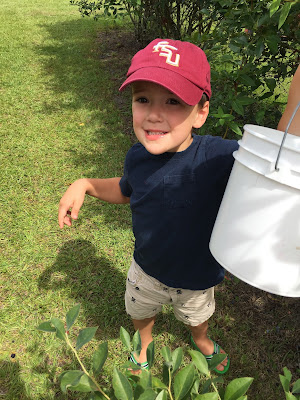 He also had the interesting tactic to get *in* the blueberry bush to pick some. 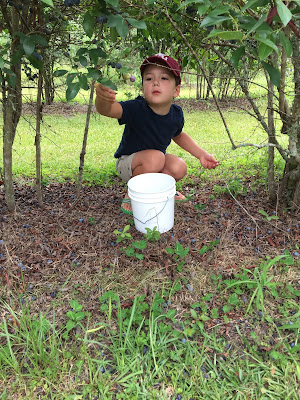 That's a lot of blueberries! 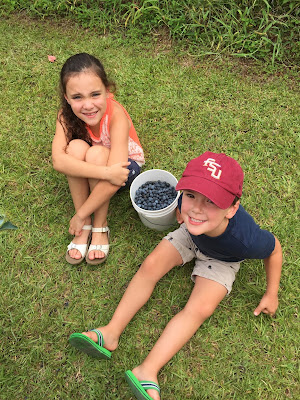 We paid for our blueberries, got some fresh ice cream, and then the guy who runs it gave us some food to feed his horse! 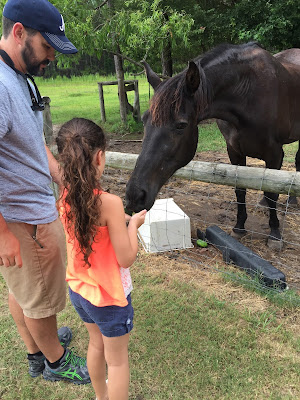 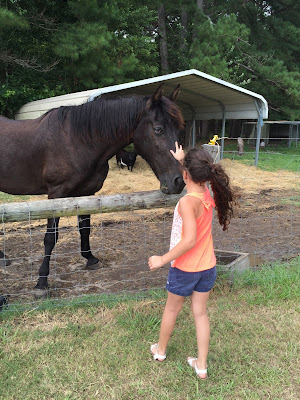 We went to Grammy and Pop's to celebrate the 4th! (see the post HERE) 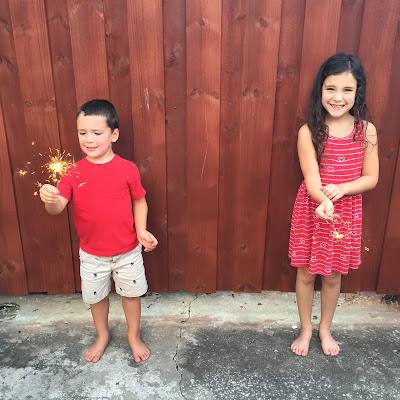 We went to Oma and Opa's to celebrate the 4th (see the post HERE). 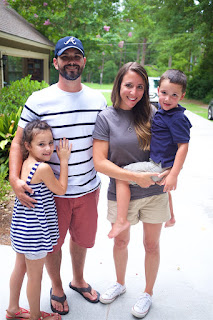