Week 2 of our summer break was from May 30 - June 5.  After a fun long weekend at the beach, we got to kick off week 2 with Daddy home for Memorial Day!

While we were at the beach, Gigi and Poppy got home from an 18 day trip to Alaska, so we spent Monday with them.  We swam, napped, worked out, grilled, and swam some more!  This was our first official pool day of the summer! 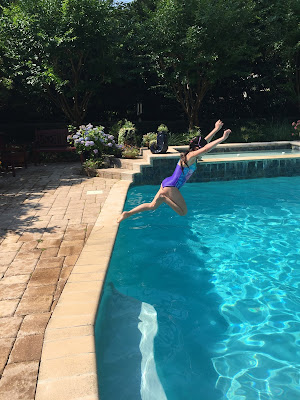 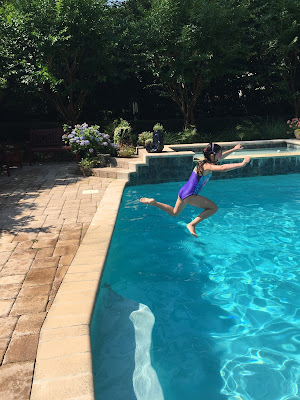 Also while we were at the beach, Aunt Laura and Ben moved to town!  They just sold their house and started construction on a brand new house.  Since Laura works from home, she and Ben decided to move here while the house is being built.  Gino stayed in Atlanta (and is living with his mom).  This way, they don't have to pay rent on an apartment and can put even nicer finishes in their house!  This means lots of cousin play time for these three kids over the next 6 months! 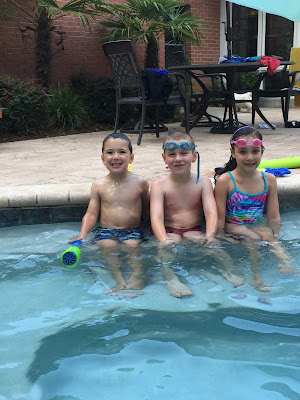 I'm so happy my sister is here!! 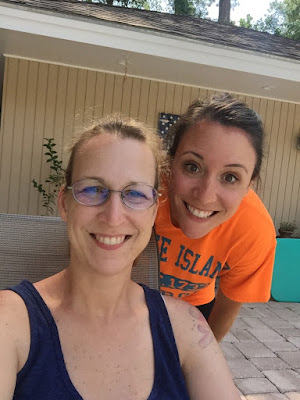 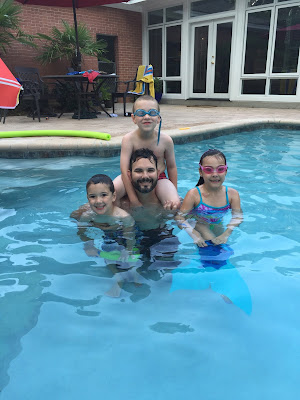 Even though she hasn't taken swim lessons for 3 years, LL is still a pro at doing the starfish! 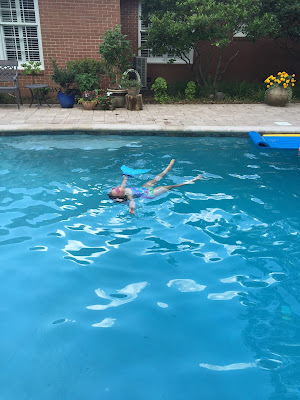 LL was so happy to be home with Lovie! 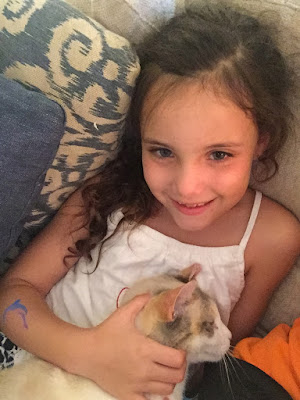 While my car was in the bodyshop getting fixed from my wreck, the a/c went out in it.  We didn't have time to get it fixed before our trip, so Matt took it on Tuesday to get the air serviced.  Thankfully, it was a quick, cheap fix!  He also had to get Lola from the vet!  We got home on Sunday, and they were closed.  Then, Monday was Memorial Day, so they were closed again!  While Daddy was running errands and working, we had swim lessons (where I took no pictures) and we went to swim at the Parker's (where I also took no pictures - haha). 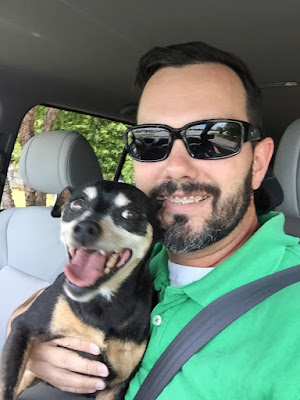 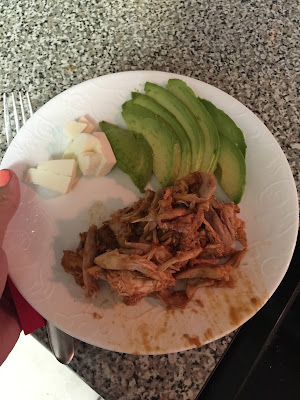 The only picture I took on Wednesday was of my food - haha.  We had swim in the morning, and then we came straight home for some down time in our house!  I love being busy in the summer (because it usually means lots of fun), but I also love trying to just have fun at our house and not stay so crazy!  When Matt got home from work, he took over so I could go to the gym and get my work-out in.  Post to come, but we've both been working super hard since January and have lost a considerable amount of weight.  Now, we're both really working in the gym and are trying our best to tone up and get fit!  When I got home from the gym, the kids were outside with Matt, so I made myself an omelet (with fresh avocado) for dinner. 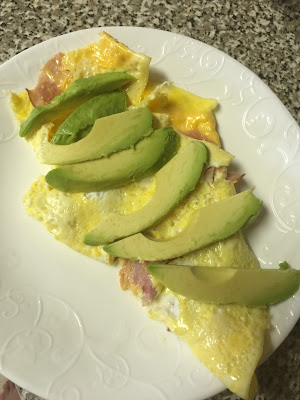 Thursday, we had a packed day!  First, we had swim lessons.  After that, we went to the library to get our first set of books for the summer!  After the library, Cooper had a chiropractor appointment.  He has this game where he hides under the table so that he can "scare" Dr. Ken. 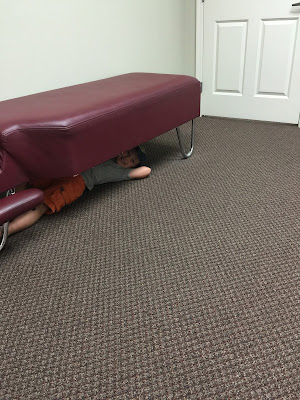 I woke Cooper up a little early from  nap because we needed to go to the airport to get Kayla.  I dropped her off a week earlier when her plane left, so we were there to pick her up when she came back!  We got there a little early so that we could sit outside and watch her plane land.  We found a spot in the shade to sit and eat snacks while we waited. 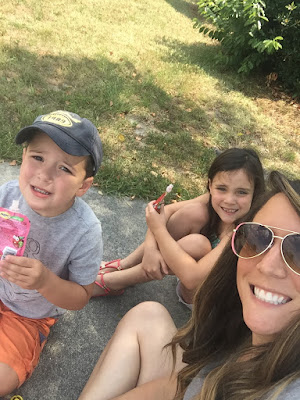 Friday was a fun day!  We went over to Gigi's pretty early in the morning to swim until lunch.  At lunch time, I left to work-out and come home, and LL stayed behind to spend the night.  That afternoon, our late-anniversary-present-to-ourselves arrived - a Kitchenaid mixer!  I have wanted one of these for the past 12 years, so we finally bit the bullet and got one.  I love it! 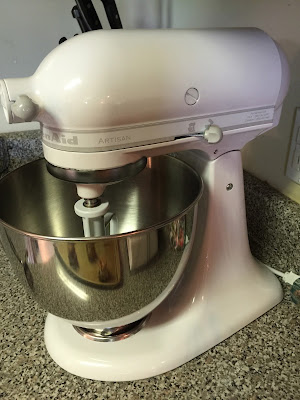 And duh - I immediately had to bake something!  First up was salted caramel chocolate chip cookies.  They were amazing!  You can find the recipe here. 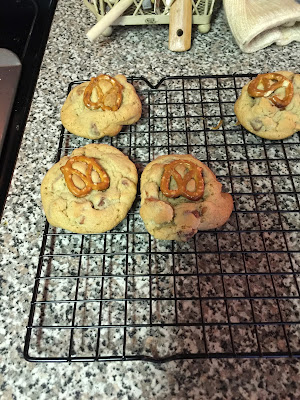 Saturday morning we dropped Cooper off early with Grammy and Pop (LL was still at Gigi's from spending the night), and Matt and I hit up Home Depot for our "house project" day.  We have so many little projects that have been building up for a while, and we have finally just decided that we have to tackle them.  We had a huge haul at Home Depot and then headed home to get busy! 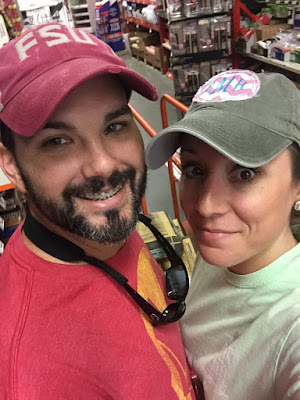 While we were working, LL was having a blast with Gigi! 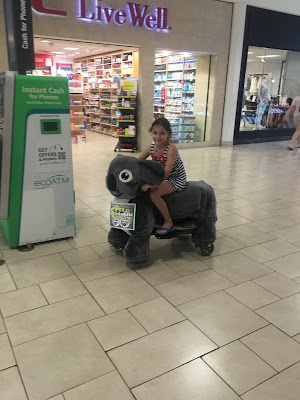 One of our projects was to plant all new shrubs on the side of our house.  All the bushes that were there died within the first 2 years of our living in this house.  We pulled them all out, but haven't replaced them.  Now is the time!  While Matt planted the new bushes, I trimmed the three original bushes that we still have and weeded our flower bed. 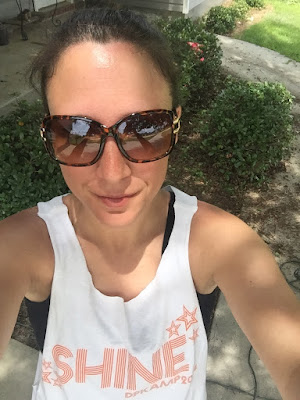 Rain started to hit around 4:00, so we had to stop everything.  You know your gross when you won't even sit on your own furniture while waiting for your turn in the shower - haha.  I was disgusting. 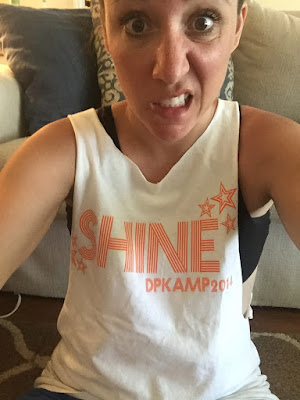 Sunday was actually a little busier for us than normal!  First up - church! 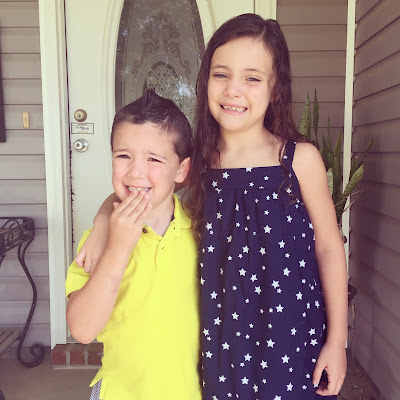 After church, we came home for lunch and naps.  At 2:00, our neighbors were having a birthday party for their sons.  Matt went ahead and took LL over and I stayed home to give Cooper a full nap. 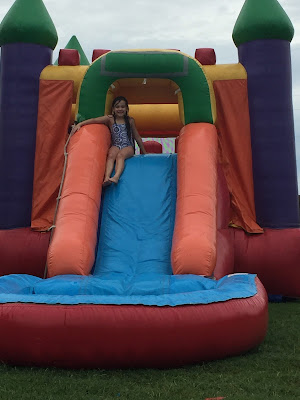 When Cooper woke up at 3:00, we went over to meet up with everyone.  It was a pretty gross afternoon and rained/drizzled a good bit.  Thankfully it was a water party anyway, and there was no thunder/lightening, so the kids just played through it! 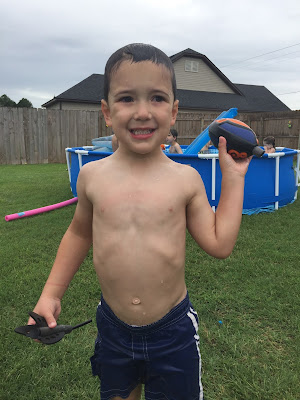 After dinner, we pulled out sleeping bags and had a movie/popcorn night! 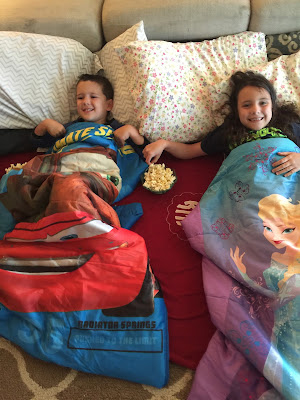 That's a wrap for summer week 2!