On the way to school about a week ago, I heard an ad on the radio for Marvel Universe Live in Jacksonville.  I looked it up on the internet to see what it was all about.  Basically, it's a live action show (with motorcycles, stunts, acrobatics, and pyrotechnics) that is full of Marvel superheroes and villains!  Cooper is super in to super heroes right now (ha!  pun intended!), so Matt and I talked about it and decided that we wanted to take him.  A few weeks ago, LL got to go to see Frozen on Ice with her best friend (and Cooper had to stay behind), so we decided to make this a special trip with just us and him.  (No worries - LL stayed with Grammy and Pop and got spoiled as well).  We looked up the dates, and the Saturday shows were on the same day that we planned to celebrate my birthday (since it falls on a Monday this year and we have a tball game that day).  They did have a 7:00 show on Friday night, so we just decided to make a night of it!  It lasted for about 2 hours, and we knew that Cooper would have no issues with sleeping in his car seat on the way home.  The show would go past his bed time (he goes to bed at 7:45), but he's great about schedule changes and has stayed up that late at Disney, so we decided to go for it!


I was already off of work early because I went to LL's field day (post to come!), so we hit the road right at 3:30 when Cooper got up from his nap. 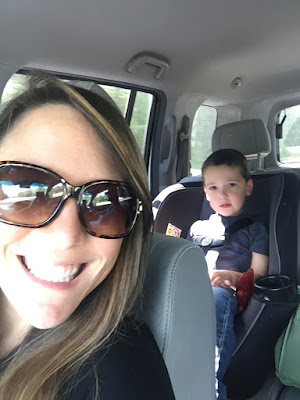 Cooper is so sweet - he was even excited about parking in the parking garage - haha.  He kept asking if the Avengers were upstairs. 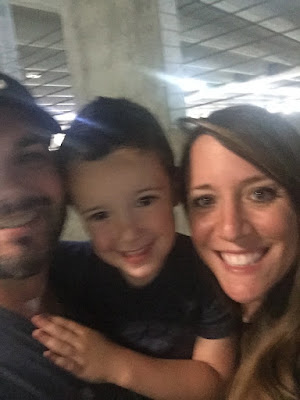 We got inside and hit up the bathroom, and then we let Cooper pick out a toy.  His favorite was this Spiderman spinning toy. 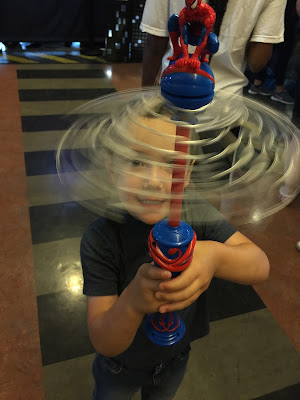 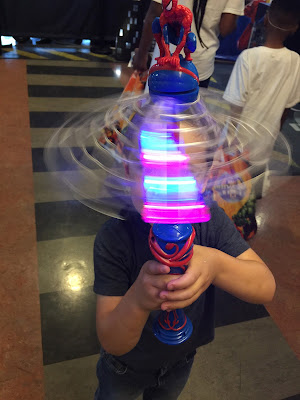 One of the sponsors had this cute backdrop set up for pictures! 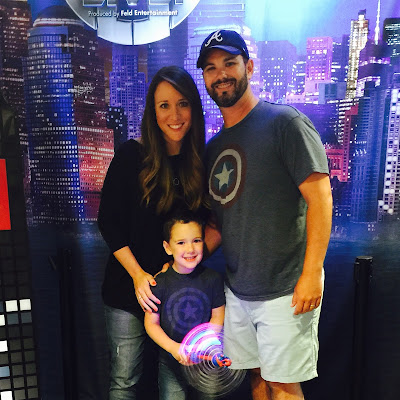 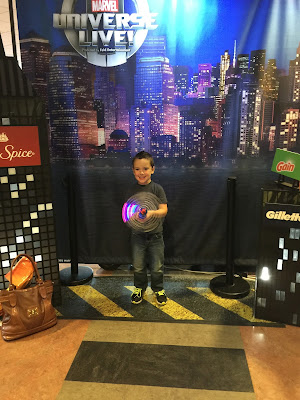 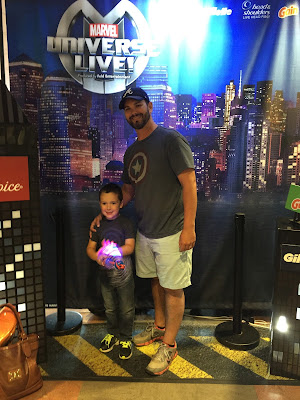 Cooper was so funny - we kept asking him if he wanted things (pizza, popcorn, an icee) and he kept saying no!  I did pack us a dinner to eat in the car on the way there, so he wasn't hungry.  All he wanted was his toy and to watch the show!  Finally, I talked him into some lemonade.  We found our seats and had about 20 minutes before the show started. 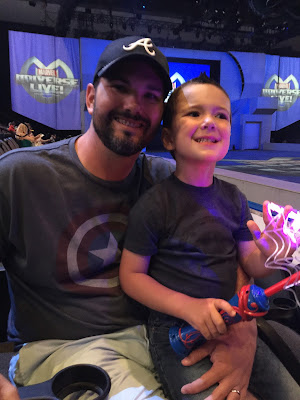 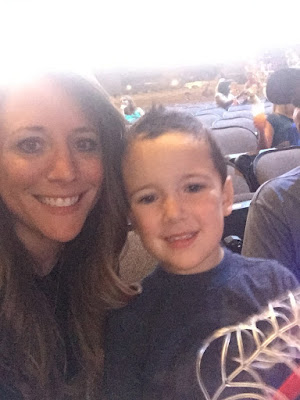 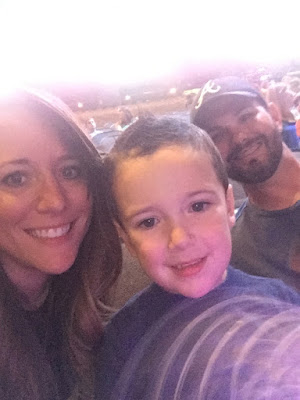 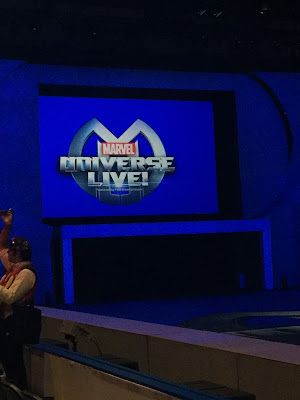 This is the same place that we went to last year for Disney On Ice (and where LL went for Frozen On Ice), so I knew the layout.  I got us amazing seats on the side that we sooo close.  They were cheaper and better seats than the $100 floor seats! 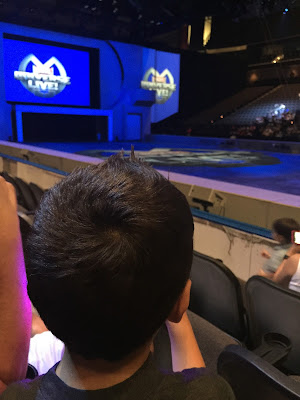 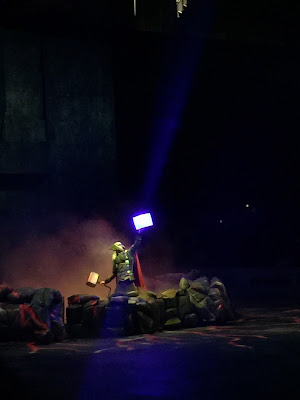 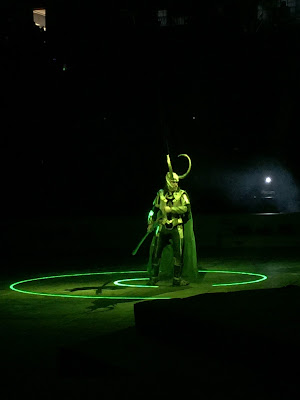 The two main superheroes of the show - Iron Man and Spider Man.  Our seats were amazing!  This is how close they were sometimes! 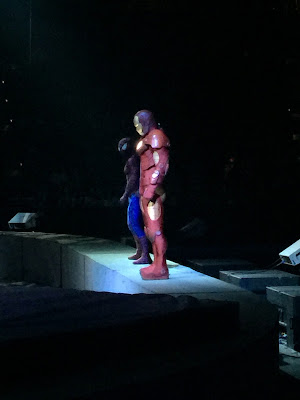 Cooper also loves Captain America!  And he was riding his motor cycle - which made Cooper love him even more. 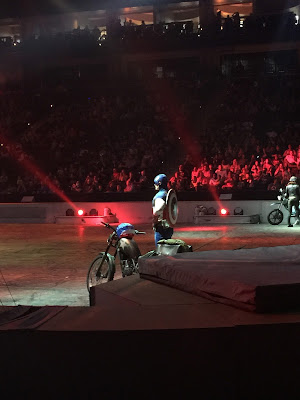 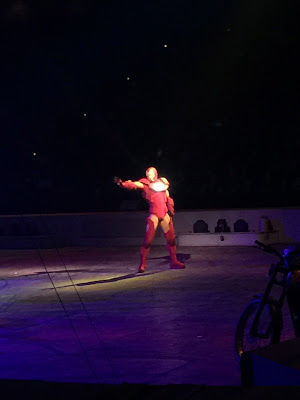 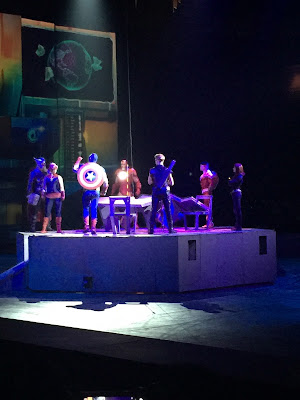 The show really was amazing with the effects and things!  Spider Man used his "web" all the time! 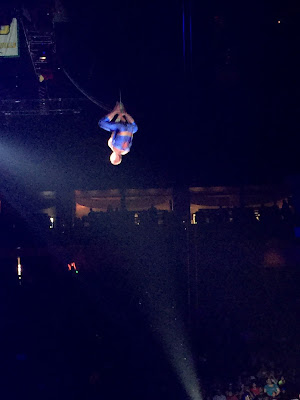 We did have about a 15 minute intermission.  Cooper was loving it! 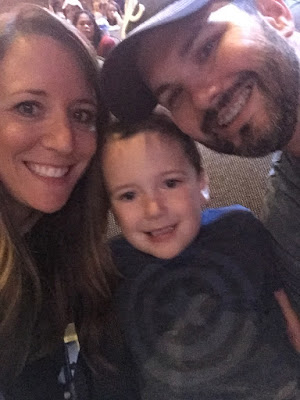 They got pretty close to us several times! 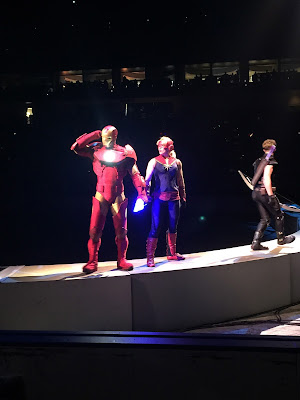 The Green Goblin and Spiderman 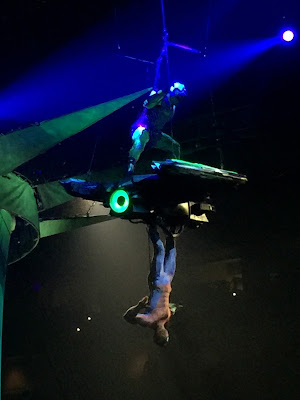 All of the Avengers at the end! 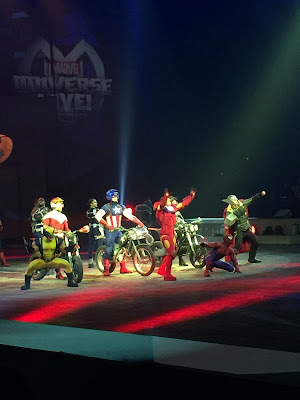 Bless him - Cooper loved it so much.  When it was over, he just cried and cried.  He kept saying he didn't want to leave the Avengers!  When we got to the car, we went ahead and changed him into his pj's, and he was asleep before we even made it back tot he interstate.  He slept all the way home and didn't have any issues when we moved him to his bed. 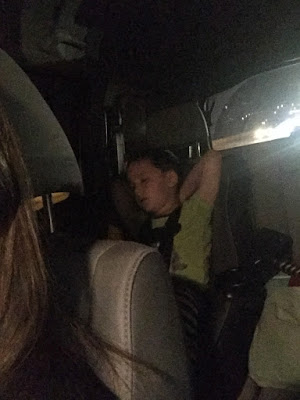 It was such a fun time for all of us!  The show was great and we all had a blast!  Cooper has been dressed as a superhero non-stop since we got home!