We had a busy, fun weekend!!  We packed it full with a girl's night, a party, and some family time!  Here's a look at what we had going on:

When I was little, my family used to always call me Queen Robyn.  I tend to air a tad on the bossy side, so that's what earned me the nickname.  When I saw this filter on SnapChat, I sent it to my sister to remind her of my title.  ;) 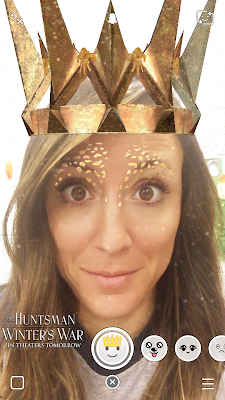 Friday night I had a girl's night planned with some of my favorite ladies!  We went to dinner at a cute burger place downtown and then tried to take some group shots in the alley ways next to the building.  A lot of laughs (and not so great pics) followed. 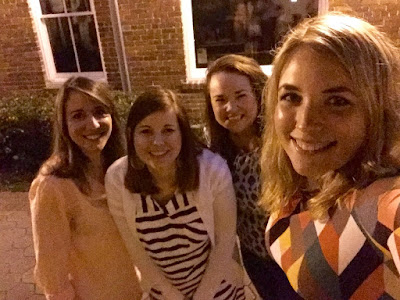 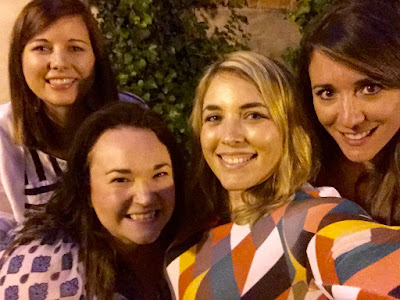 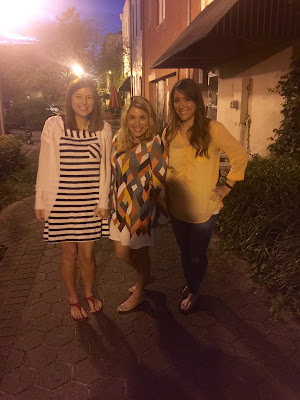 Saturday we were hosting a fun Avengers party at my mom's house and my sister and Ben came in town for it.  First up?  Grocery shopping at Publix - haha.  The trip was made a little sweeter by getting to drive my sister's convertible - haha. 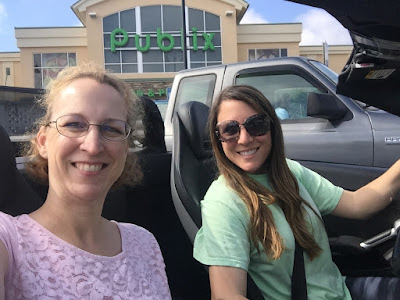 We had a ton of fun playing with all of the dress up stuff! 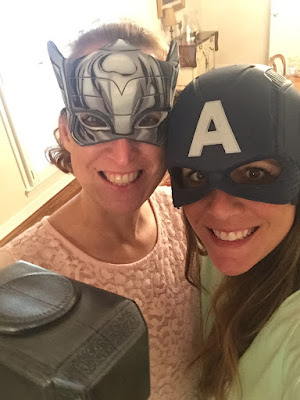 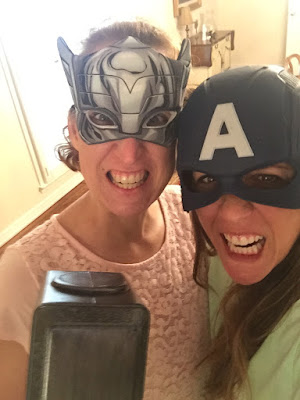 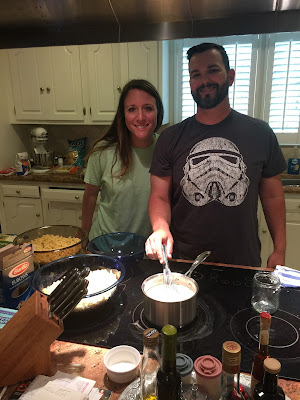 Cooper went over to Grammy and Pop's house for nap (to get him away from the crazy party planning in the hopes that he would get a good nap), and he got to ride a tractor with Uncle Bryan when he got there! 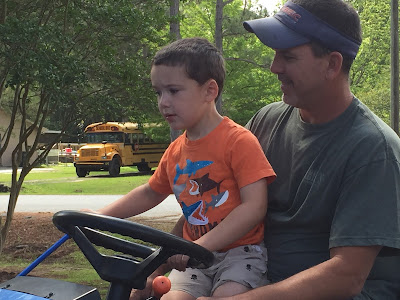 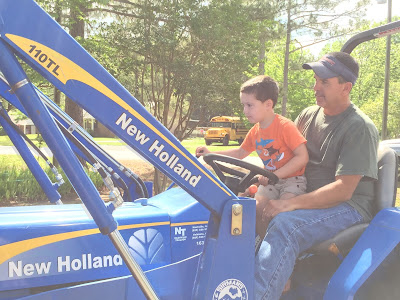 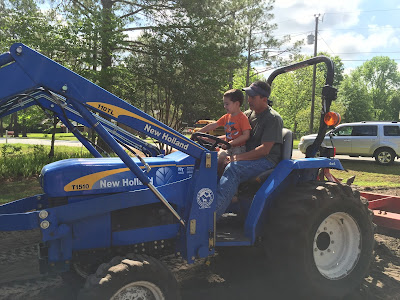 The kids loved all of the dress-up stuff!  Hulk, Iron Man, and Thor! 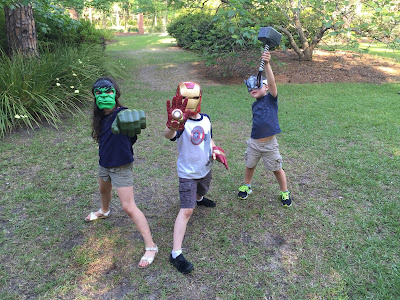 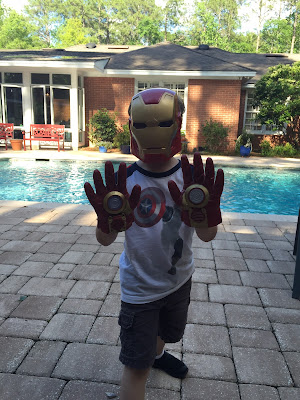 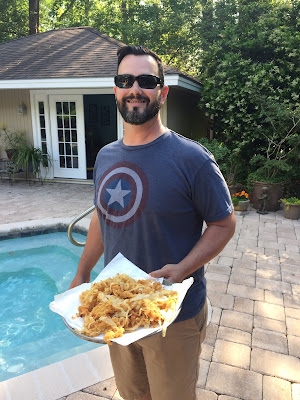 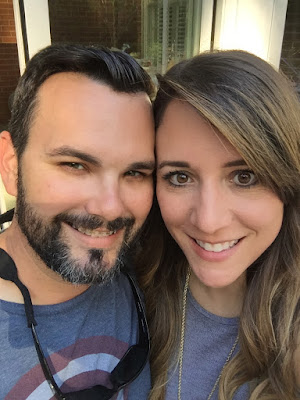 The blond to my brunette and then yin to my yang!  I love my sister! 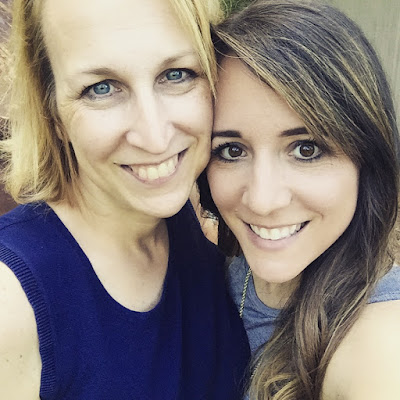 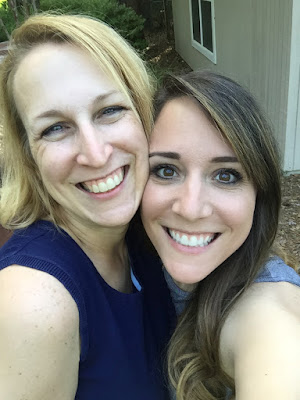 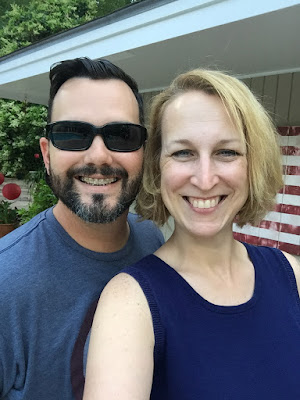 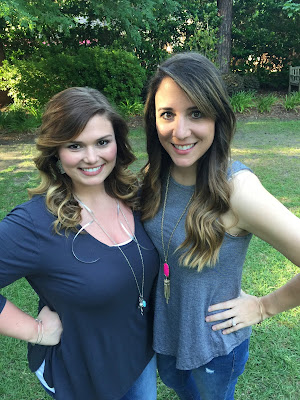 We were up laaaate Saturday night.  Even the kids.  So Sunday morning was rough.  But we made it out the door in time for church and to get this cute picture!
#sundaymorningsainteasy 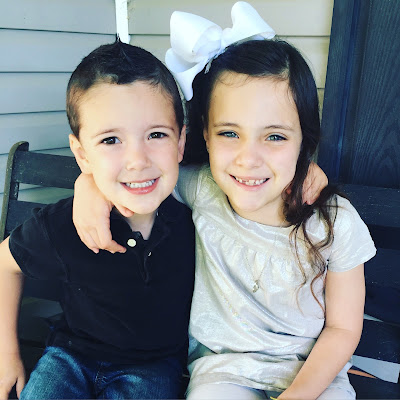 After church, we met my mom and sister over at Greenridge.  I've blogged about it before, but here's the long story short: my parents divorced when I was very young.  My mom built a house for her and me and my sister to live in.  We moved out when I was in middle school, but my mom kept the house.  When I was in college, I moved back in by myself, and then Matt and I lived there the first 3ish years we were married.  The house has served it's purpose, and it's time to let another family have it.  My mom has sold it and will be closing on it this week, so we went to take a last walk around and to take some pictures.

In our old living room! 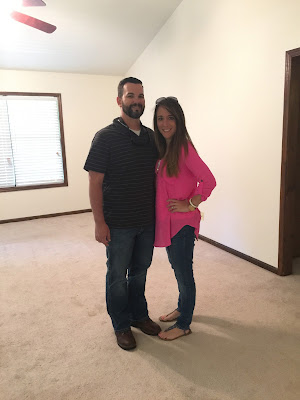 On our old front porch. 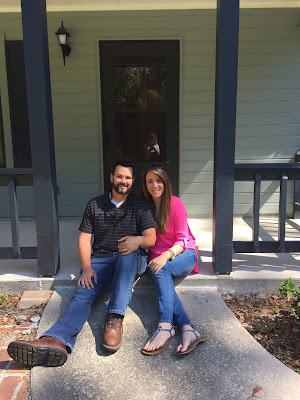 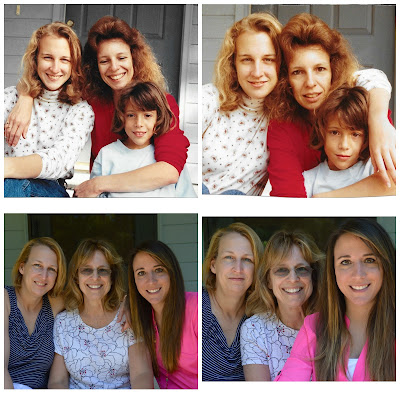 After we got done at Greenridge, we all packed up to go to lunch together.  More about this to come - but Ben and Aunt Laura will be with us here all summer!  I am so excited for these kids to get to spend so much time together! 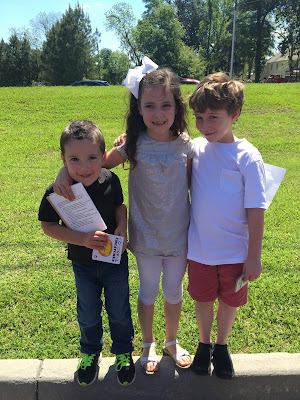 After lunch, we headed home for nap.  Once everyone was settled and sleeping (or movie watching for LL), I set out solo for a trip to Sam's and Publix.  We were literally out of almost everything, so I filled up the back of The Beast!  I was exhausted! 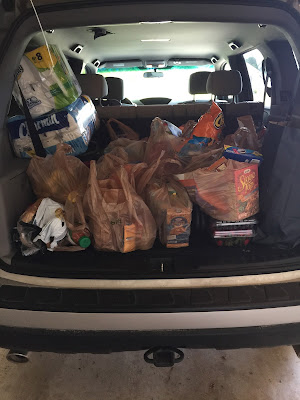 We spent the rest of Sunday doing chores and playing outside!  Here's to a good week - only 3 more weeks left of school!!