February was full of a lot of fun, but also a lot of Lorelai!  That being said, most of my "random" post is full of Cooper - haha.  Here is all of the random stuff from February that didn't make it into a post by itself:


I always look forward to my "happy morning" picture that Daddy sends! 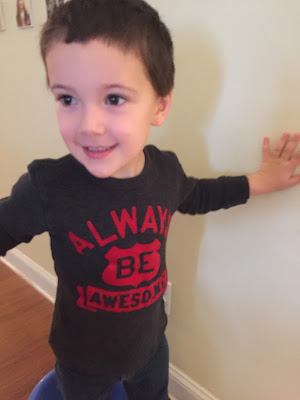 We got a suuuuper weird looking egg this month.  But despite it's crazy appearance, it was normal on the inside! 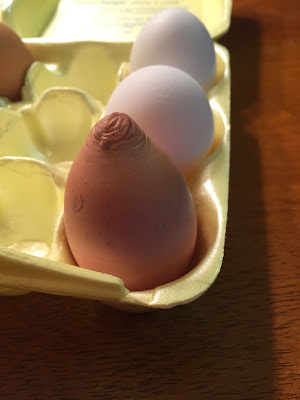 This boy is so in love with being outside.  He literally cries when we make him go inside.  Also, this scooter from Aunt Laura and Uncle Gino is probably his favorite Christmas present. 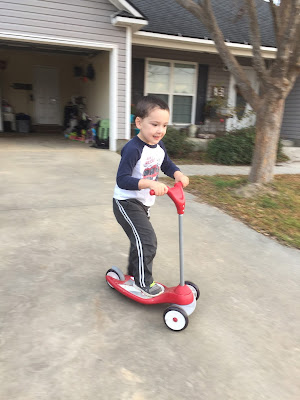 On one of his off days from school, Grammy and Pop took him to the park! 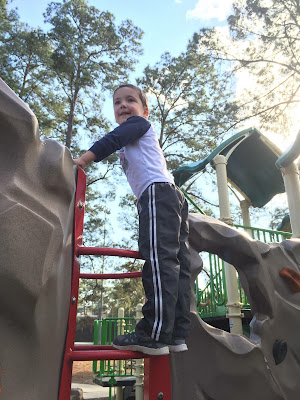 This wiggle car is another favorite toy! 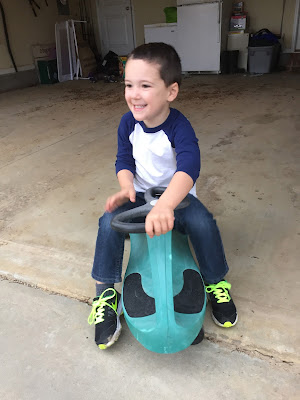 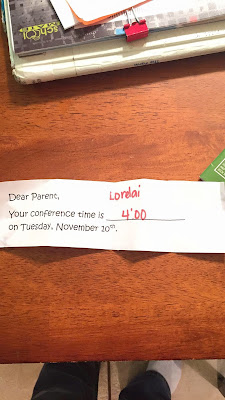 Cooper made a tent in his bunk-bed at Grammy and Pop's, and LL took this picture of him and Grammy reading.  She said, "Look at this picture, Mommy!  Isn't it so cute?" 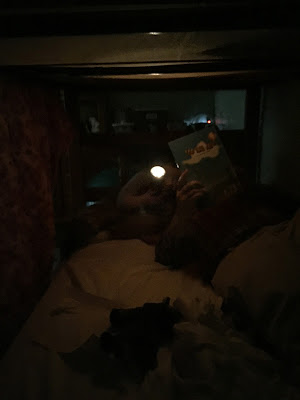 These sweet girls did this all on their own one day, and I was glad I had my phone handy! 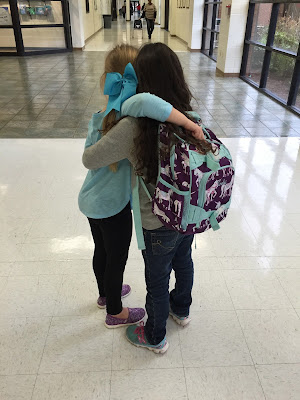 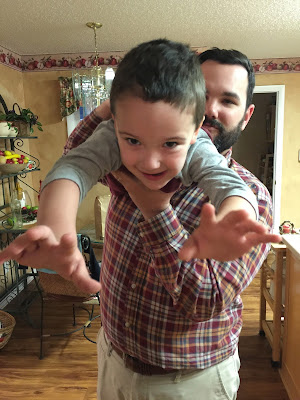 I love this happy smile! 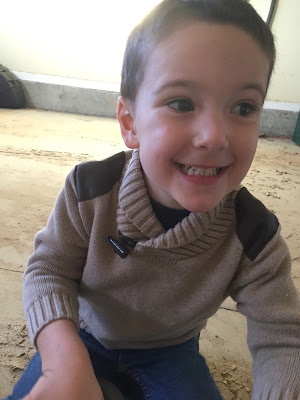 Cooper went with Daddy to pick out a birthday present for LL, but he had to test drive a few things in the process! 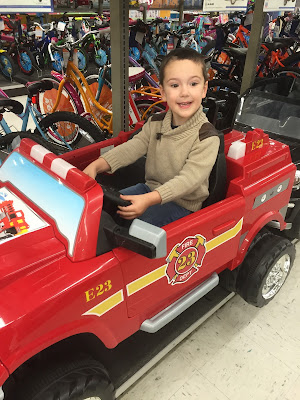 I love this.  Every time he wears this hat, he says "I wook wike Santa Cwaus" :) 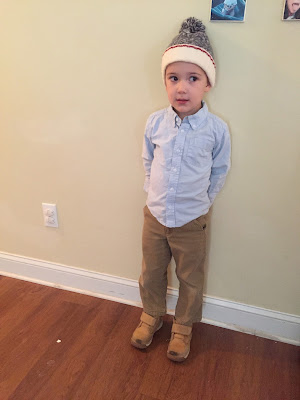 I love getting a text like this from his teacher while he is at school!  This is the first (and only!) time he's pooped on the potty at school!  Victory! 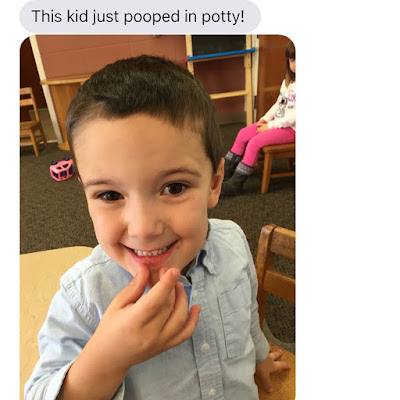 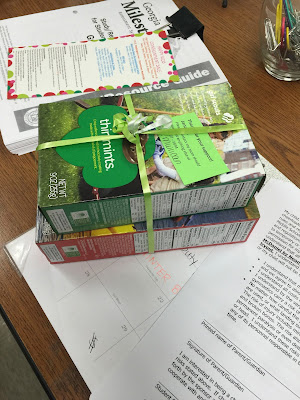 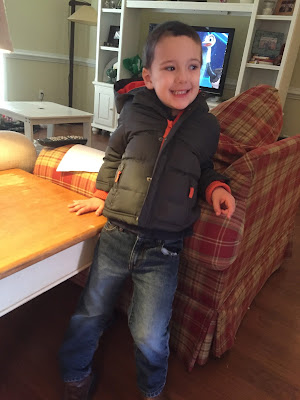 He dressed himself this morning.  This hat is his favorite. 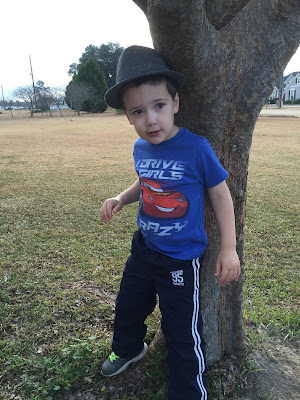 His new favorite place to play and eat is the "blue Burger King". 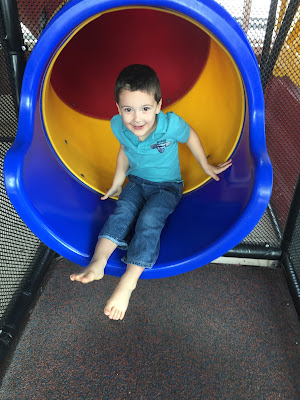 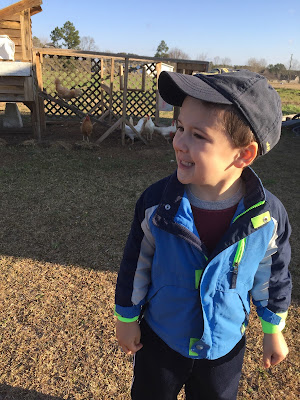 I haven't really mentioned this on social media, but Matt and I really challenged ourselves to lose weight starting in January.  We both have been working very hard, and by the end of February I have lost a total of 12 lbs!  This is not a "before and after picture" - more like a "before and during" picture.  Same outfit a few months apart.
May 2015 vs. February 2016 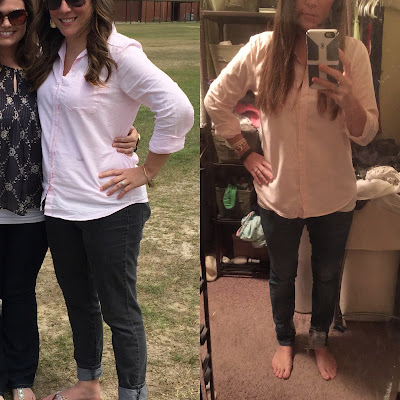 Matt and I stopped in Old Navy one night this month, and I tried on a size down in jeans.  They fit!!  They were a tad tighter than I prefer, so I didn't end up buying them, but I got them on!  I have a goal to lose 3 more lbs (putting me at a 15 lb total weight loss), so I'm hoping if I go back and try them on after these next 3 lbs they will fit much better.  But I was very happy to get them on! 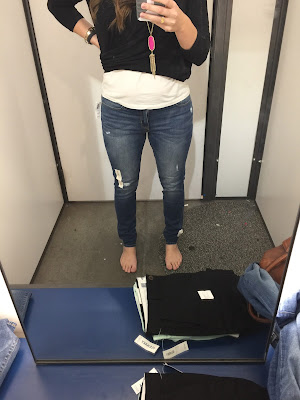 That's a wrap for February!