This is Cooper's first year in preschool, and he is going to the same preschool that Lorelai went to for two years.  Every year, the school does one big fund raiser called the Bunny Hop.  You buy tickets to attend and there is a pancake breakfast, games, bounce houses, the Easter bunny, and a giant egg hunt.  We didn't go last year, but we did go back this year since Cooper is going to school there.  The last time we went was two years ago and was the day after Cooper had his toe surgery.  Now that Cooper is bigger, we were all excited to attend!


As soon as we got there, we saw the Easter bunny on our way to breakfast.  Cooper was eager to get a hug while LL was content staying back and just waving.  ;) 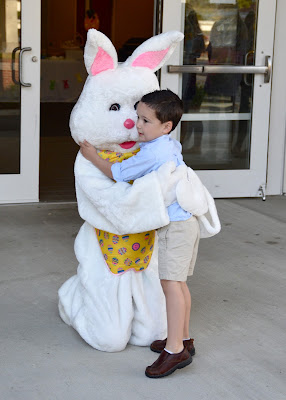 After breakfast (which Cooper was not happy about.  He was there to play not to eat!), we stayed outside for a little bit and let Cooper burn some energy on the slide. 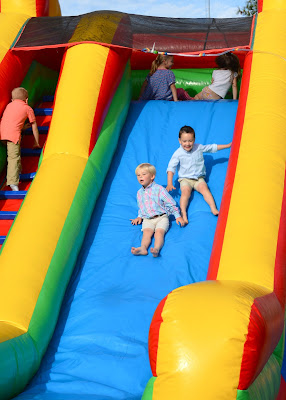 Since LL is still in her boot, she couldn't participate, but she didn't really seem to mind at all.  She actually never complained about not sliding or waiting on Cooper. 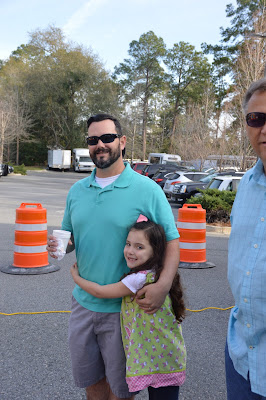 All 6 of the grandparents came, and LL was in heaven with everyone around! 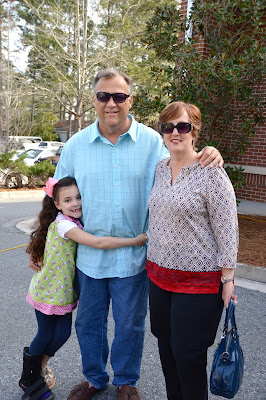 This is Cooper's happy place! 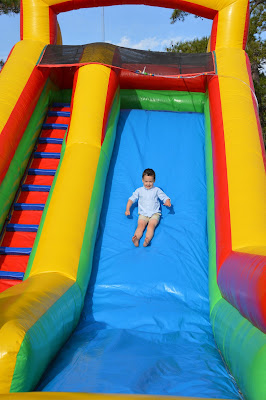 After sliding and bouncing for a little while, we convinced Cooper to go inside and play some games (with the promise of getting "prizes" at every game). 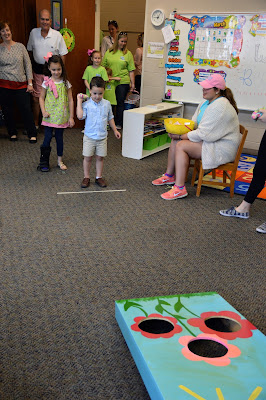 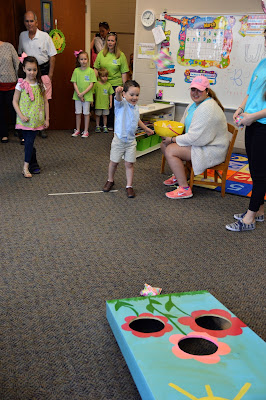 LL got her bean bag in the hole, and I love how surprised everyone is (especially LL!). 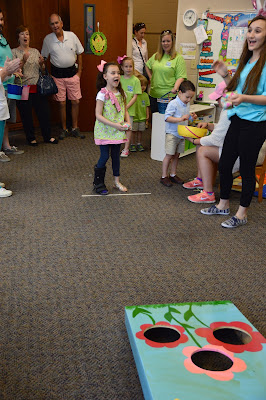 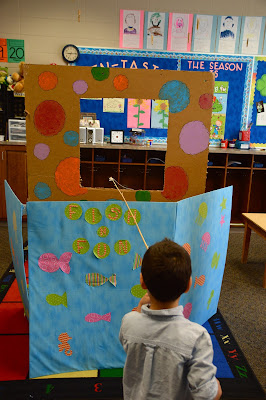 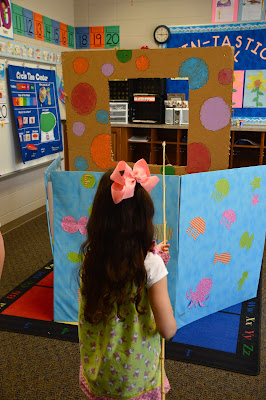 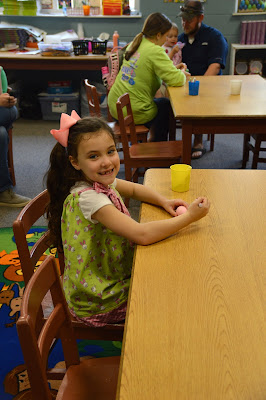 We had about 20 minutes to kill after we finished the games and before the egg hunt, so LL and I took a rest on the sidewalk and let Cooper slide and jump a little more. 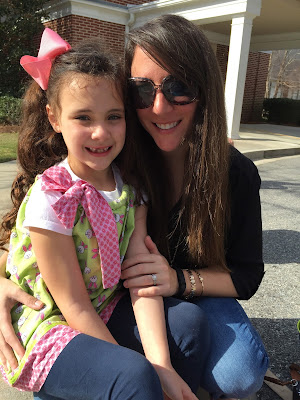 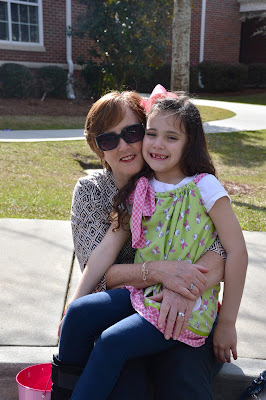 On the way to walk to the egg hunt, we attempted a family picture.  Cooper was not really having it! 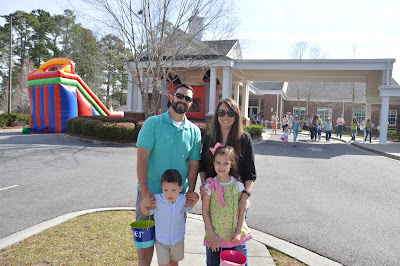 The egg hunts are divided up by age, so I went with Cooper and Matt went with LL.  For right now, Cooper and Luke are in the same age bracket (2-5)!  I love these sweet boys! 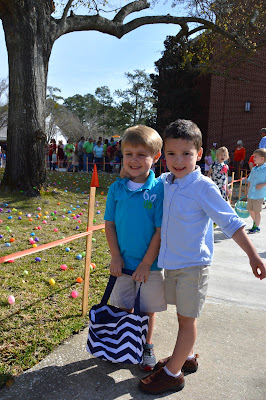 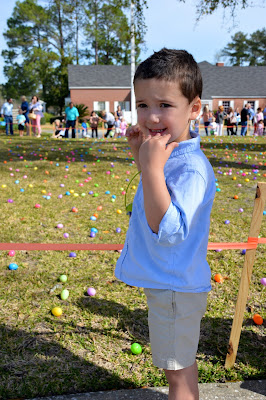 This boy was ready to fill his basket with eggs! 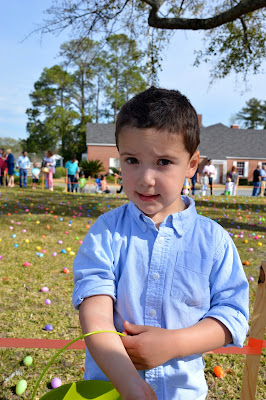 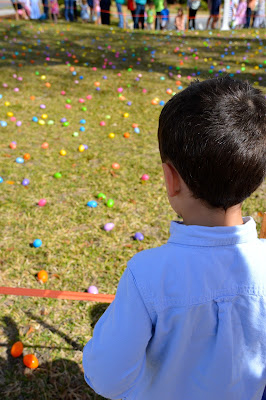 This cracked me up so much - Meghan had just gotten done telling Luke to just get eggs no matter what color they were.  When they blew the whistle, Cooper went in and only picked up the blue eggs!  He seriously just went from blue egg to blue egg!  He finally got some different colored ones at the end, but only because I told him to pick them up.  If I hadn't said anything, I know they would have been all blue! 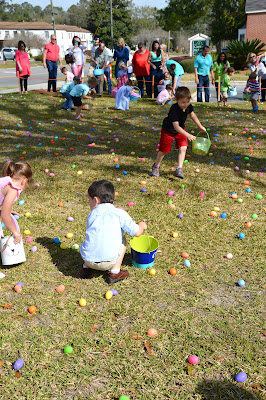 A bucket full of blue eggs! 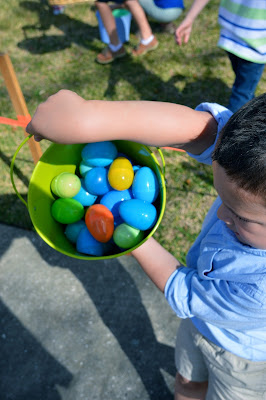 LL wasn't quite a fast having to bend over with her boot, but she was ready to hunt! 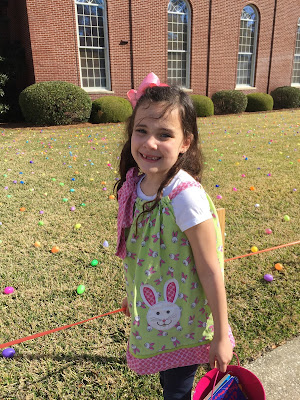 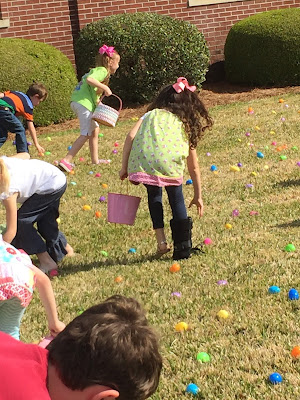 I attempted a sibling picture, but it wasn't happening.  #mamatried 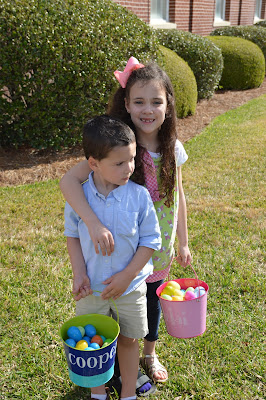 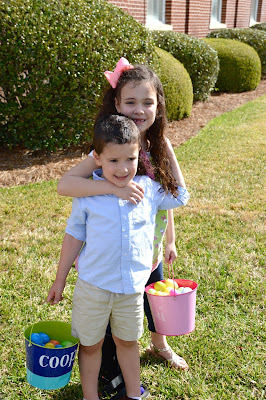 After the egg hunt, we saw Cooper's teacher (and my friend) Mrs. Kori! 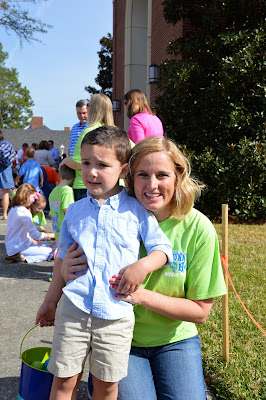 On the way out, LL decided to get a picture with the Easter bunny after all. 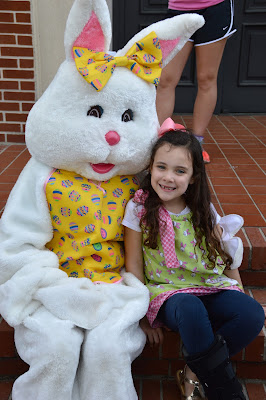 We all had a blast!  Cooper had so much fun that he literally cried all the way back to the car because he didn't want to leave.  The promise of a piece of candy from one of this eggs soothed his broken heart.  ;)