The first Saturday of October is always spent the same way - at the Honeybee Festival!  This year was no different!  Thankfully, the weather was actually pretty cool this year, and we didn't all get hot and grumpy!  We like to get there early so that we can be done right about lunch/parade time and miss out on the huge crowds that come after lunch.

Ready for the festival! 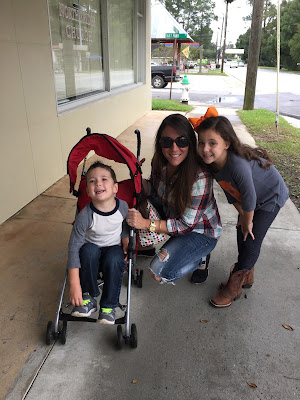 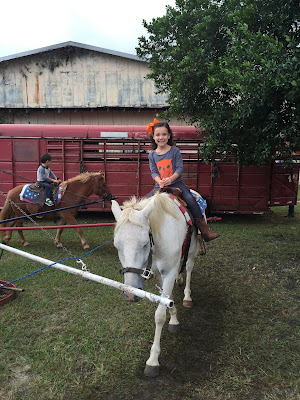 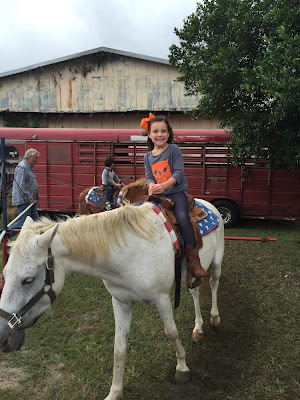 Cooper likes it (not as much as LL), but always looks super unsure.  This was his first time riding without me having to walk beside him!  Big boy! 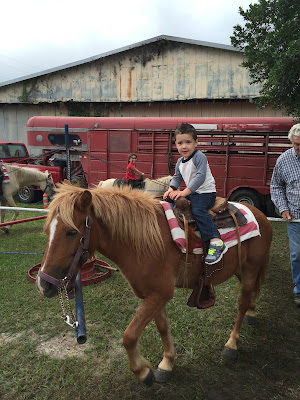 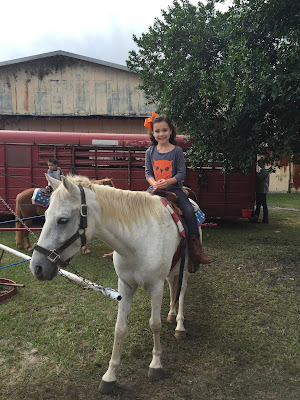 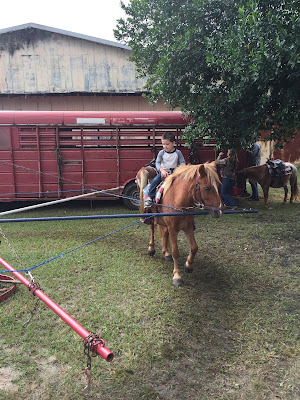 I tried to snap some pictures of the kids while Matt went to get lunch.  It always cracks me up when LL tries to get Cooper to look at the camera - haha. 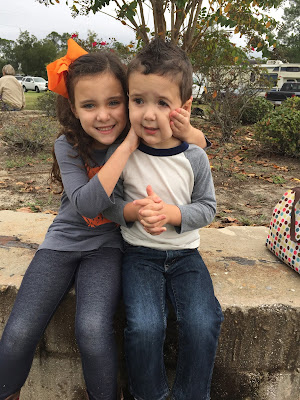 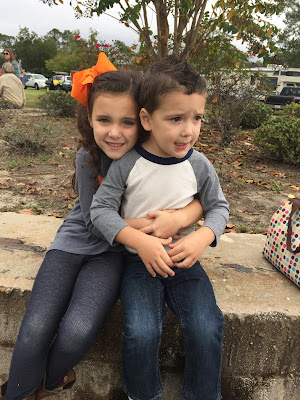 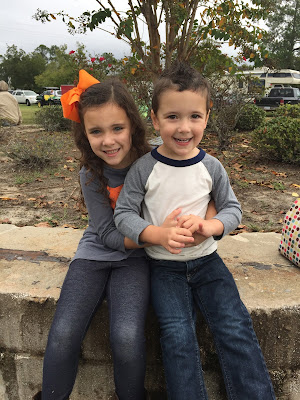 Cooper was much more interested in eating his grapes than taking a selfie with Mommy.  :) 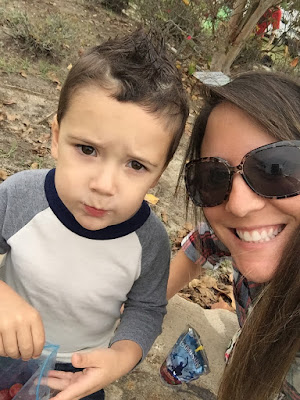 We actually did not stick around for the parade this year.  We were done about 45 minutes before the parade was supposed to start.  We didn't want to occupy the kids that long, so we just grabbed a funnel cake and headed to the car.  It turns out we made a great decision - my mom said the parade was very sporadic and pretty awful!  On the way back to the car, LL wanted to push Cooper in the stroller.  While she pushed, Cooper thought he was in the parade and waved at everyone who walked by. 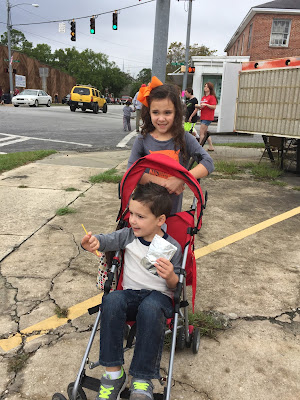 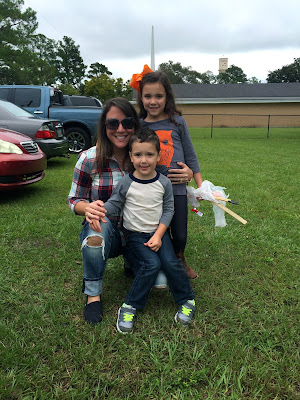 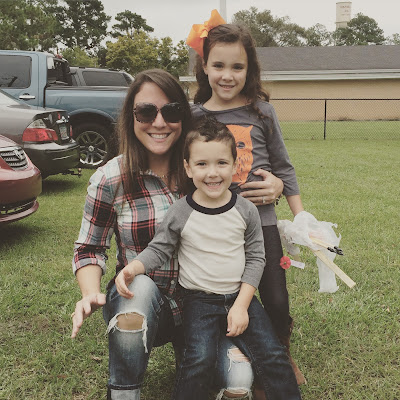 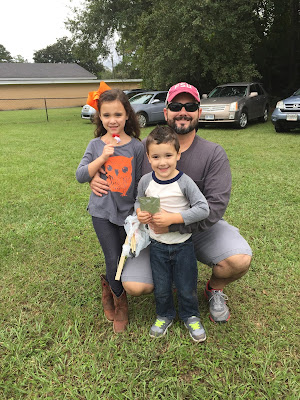 This was LL's 7th trip to the Honeybee Festival! 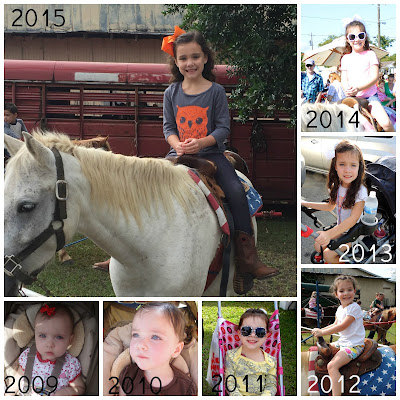 This was Cooper's 4th trip! 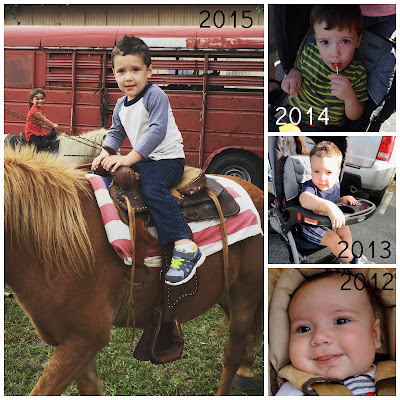